The great ‘disruptor’ is just ushering in a new form of technocracy. 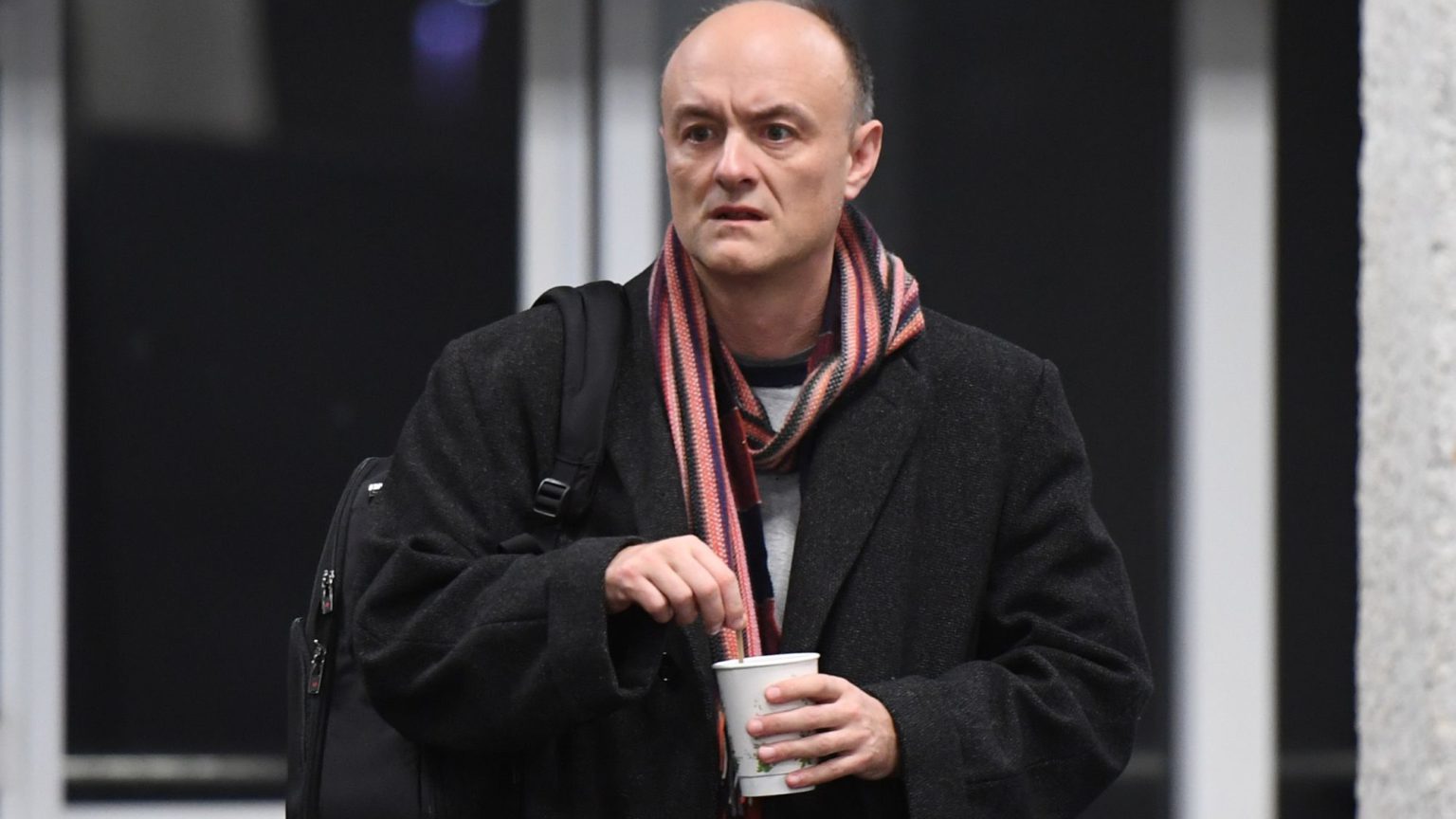 Much attention has been paid to the obnoxious views of Andrew Sabisky, the UK government adviser forced to resign last week after his comments on eugenics, pregnancies and race came to light. But there is another equally worrying aspect to the Sabisky affair that has received less attention. And that concerns the attempt by Dominic Cummings, the prime minister’s chief special adviser, to place experts and so-called superforecasters, like Sabisky, at the heart of the new government’s policymaking apparatus.

Now, there is nothing intrinsically wrong with governments calling upon experts to help formulate their policies. Experts can bring important insights from their narrow fields of expertise to bear upon policy problems. This is a good thing.

But there are two caveats to this. First, an expert can only ever offer a partial view of the policy area under consideration – a partial view that will often conflict with the views of experts in other fields. And second, a policy informed by expert views should still be subject to public debate, and not simply decided upon in private, over the heads of the public.

Unfortunately, over the past few decades, government policymaking has used and abused expertise. Those aforementioned caveats have been ignored. Expert knowledge has been exploited to justify policies and sidestep the democratic process. The result has been the politicisation of expertise and the depoliticisation of politics – in other words, a technocracy.

The Conservative government, with the Brexit wind in its sales, looked set to change things. As Michael Gove famously put it, Britain had had enough of experts, whether they were based in Brussels or Whitehall. It was now time for a different, less technocratic, more democratic mode of governing. So, is Boris Johnson’s administration, managed by Cummings, really blazing a new, more democratic trail here? Or are we seeing the start of Technocracy 2.0?

To answer this, we need to look at what exactly is a ‘superforecaster’, given Sabisky’s recruitment was seemingly based on him being one.

The term superforecaster draws from the work of Canadian academic Philip E Tetlock, especially his book Superforecasting: The Art and Science of Prediction (2015). Over a decade ago, Tetlock analysed 30,000 predictions made by hundreds of experts from television, print and radio. He concluded that experts were no more accurate than a chimp throwing darts at a dartboard. He showed that the accuracy of an expert’s predictions actually has an inverse relationship to his or her self-confidence, renown and depth of knowledge. Experts are susceptible to judgemental biases, he argued. They’re too quick to jump to conclusions, too slow to change their minds and too swayed by the trivia of the moment.

It turns out that people who regularly follow current events through newspapers and magazines are as likely to predict what will happen as the experts, said Tetlock. In other words, ordinary people are as good as, if not better than, experts in making predictions. So, what then is a ‘superforecaster’, and what makes them different from the rest of us mere forecasters?

Tetlock says a ‘superforecaster’ is not a title people give themselves. It’s one they earn after being tested. This testing takes place principally through the US government-backed Good Judgment Project, and its Good Judgement Open, a global competition designed to test people’s predictive abilities.

The Good Judgement competitions involve asking a range of people, from experts and pundits to schoolteachers and binmen, to make predictions in response to specific questions, such as ‘Will Britain leave the EU?’, or ‘Will there be another London Bridge-scale terrorist attack in the next three months?’. The accuracy of participants’ predictions is then assessed, and those who score highest are anointed ‘superforecasters’.

The key to certain participants’ success in these competitions, according to Tetlock, lies in their awareness and avoidance of common cognitive biases. For example, in the wake of the London Bridge terror attack, one might think that another terrorist attack within three months would be likely. But a superforecaster would instead look at the base frequency of terror attacks over the past five years, read a little, but not too much, around the subject, and come up with a more accurate probability score.

But what is ‘super’ about this? This is the kind of skill most football fans display when betting on their own and other teams’ chances of winning the Premier League each year. Just like superforecasters, football fans’ success when predicting depends on their ability to judge and make predictions free of bias.

It seems, then, that the prefix ‘super’ is doing a lot of work here. It is a way of separating mere forecasters, like your average football fan, from some sort of elite cadre of forecasters. And this is a problem, especially when members of this elite cadre, like Sabisky, are then used in a policymaking context. For their political function is almost exactly the same as that of the experts of yore. They justify policymaking, and authorise policy judgements, in lieu of any public debate or consultation.

While the campaign to leave the EU, which Cummings led, was in part about challenging the rule of experts in Brussels and Whitehall, Cummings’ mode of governing is just as technocratic as that which it has succeeded.

So, how about another suggestion: if Cummings is serious about revolutionising the policymaking apparatus of government, why not look to the demos, rather than the expert or superforecaster? Why not use crowdsourcing technologies to go to the people and solicit their opinions about proposed policies?

There would be three advantages to this kind of mass crowdsourced consulting. First, it would provide government with access to a huge pool of real, human intelligence. After all, this pool comprises the very people Tetlock thinks have as much ability to make accurate predictions as the so-called experts. Second, it would ensure policymaking became truly transparent. And third, it would help educate the public about the complexity of policymaking, and thus improve our ability to hold government to account.

For too long, the political elite has looked to experts to justify policymaking. And now it seems Cummings and Johnson are in danger of falling into the same technocratic trap. It’s time those in government turned instead to us, the people, for guidance.