The impeachment farce has only boosted Trump’s electoral prospects. 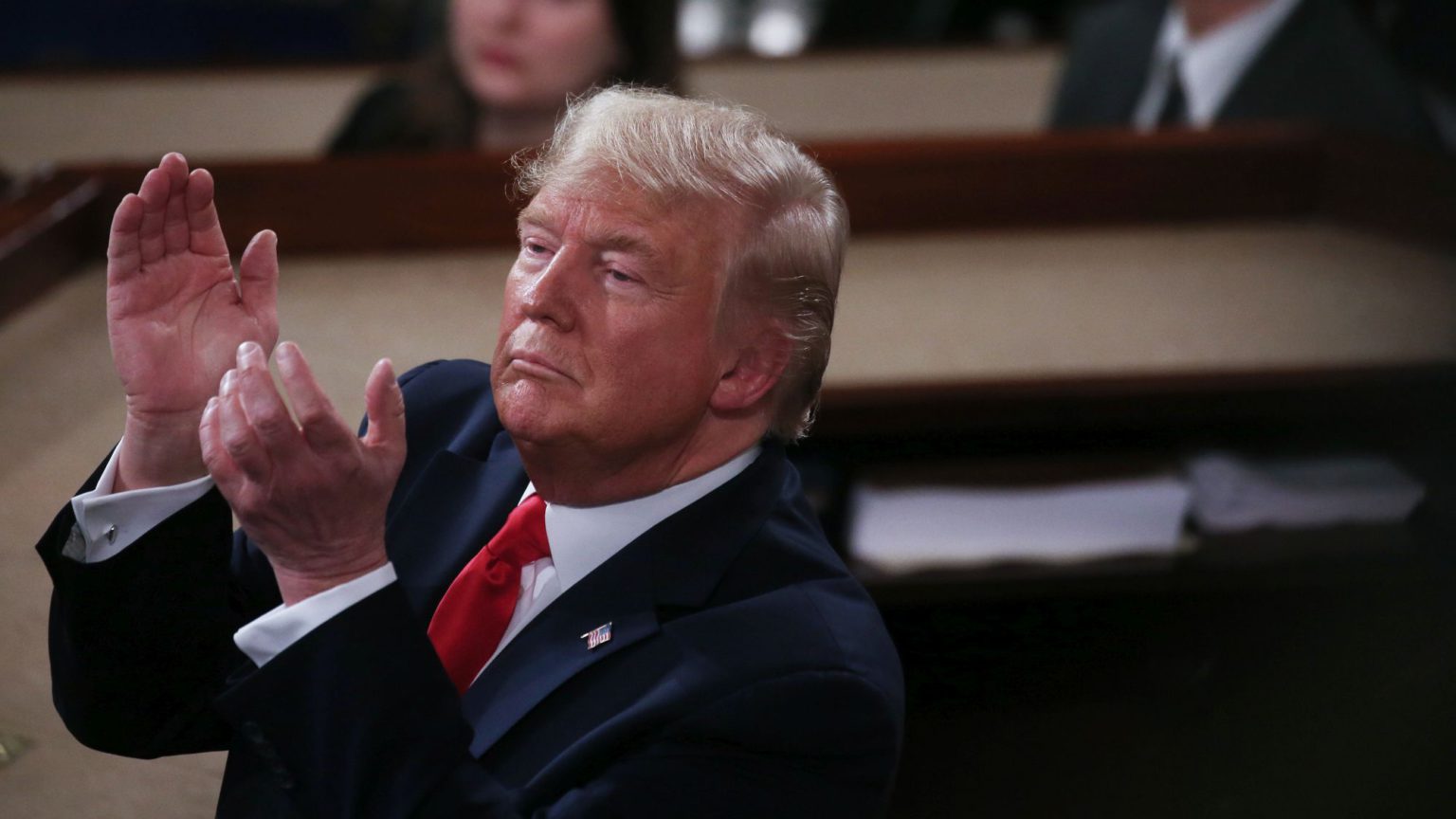 On Wednesday afternoon, the US Senate acquitted President Donald Trump of all charges. And with that, the impeachment of the 45th president of the United States ended exactly as everyone knew it would: with Trump’s name still on the door of the White House.

He was facing serious charges. Trump was accused of an abuse of power and of obstructing Congress, following allegations that he had asked the Ukrainian president, Volodymyr Zelensky, to ‘do us a favour’ and open up a corruption investigation into his potential presidential rival, Joe Biden, and Biden’s son, Hunter. In return, Trump would release the US’s annual, pre-agreed, near-$400million security-aid package to Ukraine.

But this was not a serious impeachment. The Democrats needed to forge a bipartisan alliance with Republicans, especially in the Republican-led Senate, if they were to win enough Congressional support to remove Trump. But they didn’t even try. As one report explains, Nancy Pelosi, Democratic speaker of the House of Representatives, assigned pre-impeachment preparations to the House Intelligence Committee, rather than the House Judiciary Committee, so depositions could be held behind closed doors. The White House counsel was excluded from these initial proceedings, and prevented from inviting witnesses or compelling testimony, which protected Biden himself from being asked any embarrassing questions.

The result was not a trial, but a hyper-partisan farce. Republicans duly responded by preventing witnesses from being called. And the vast majority of senators-cum-jurors already knew their verdicts in advance. Republican senator Mitt Romney’s vote to convict Trump was just about the only vague surprise during an otherwise tedious spectacle.

Yet as absurd as the impeachment of Trump has been, its consequences are serious.

For a start, it has devalued the idea of impeachment itself, potentially turning it into little more than a partisan means to undermine a president. It certainly was never intended to serve such a function. The Founding Fathers inserted it as a clause into the US Constitution (Article II, Section 4) to check the power of the executive. It was there to allow Congress to remove a president in cases where he was clearly abusing his office, and endangering the republic – in cases, that is, of ‘treason or bribery’, or other ‘high crimes and misdemeanours’. Such is the high bar, only two other presidents – Andrew Johnson in 1868 and Bill Clinton in 1998 – have ever been impeached (neither were convicted).

It is simply not clear that Trump’s wrongdoing, such as it is, was ever of sufficient gravity to have demanded his impeachment. Romney can assert that it is, claiming it was ‘so extreme and egregious that it rises to the level of a high crime and misdemeanour’. But others have asserted otherwise, with equal conviction. This has left impeachment looking less like a vital check on executive power run amok and more like an instrument of partisan power, to be exploited for nakedly political gain.

The bigger problem, however, is not whether senators were right or wrong to judge Trump’s behaviour as they did. It’s that their being empowered to do so disempowered the American people. It suggested that judgement of a president’s conduct is not the electorate’s to make.

This is precisely the sort of anti-democratic exploitation of impeachment that the Founding Fathers feared. This is why, when George Mason wanted ‘maladministration’ to also be grounds for impeachment, his fellow Founding Father James Madison demurred: ‘So vague a term will be equivalent to a tenure during pleasure of the Senate.’ While Madison was no democratic purist, he recognised that the capacity to judge merely bad presidents ought to belong to voters, not senators.

And this is precisely what the hardcore of anti-Trumpers and their Democratic champions have wilfully ignored – that, in their rush to impeach and convict Trump, they have attempted to usurp the power of the ballot box.

Voters know this, though. They know that Congress has overstepped the mark. Because they know that presidents have been involved in far worse, and not been subject to impeachment. They remember that Ronald Reagan was complicit in the Iran-Contra weapons-selling scandal, and that George W Bush waged a war in Iraq without good cause. This is why it is increasingly clear to them that the impeachment of Trump is motivated by far more than the rights and wrongs of his dealings with the Ukrainian president. It is, rather, a politically motivated attempt to depose Trump.

This cack-handed impeachment may well backfire for Democrats and their Trump-loathing fellow travellers. Many voters will interpret it as the political elite’s attempt to rid itself of The Donald. And, in turn, they will see it as an attempt to override that which catapulted him into power in the first place – namely, democracy.

You can see it happening already. More and more voters are now rallying behind Trump, just as they rallied behind Bill Clinton after he was impeached on equally dubious grounds by a Republican-led Congress. Polling already indicates an uptick in support for Trump. The latest Gallup poll, for instance, shows his approval rating has risen to 49 per cent, the highest of his presidency. It is nowhere near the post-impeachment approval rating for Clinton, which reached over 70 per cent – Trump’s appeal has never been that broad. But it does show that, in light of the impeachment, potential Trump voters, far from deserting him, have been galvanised.

This is not because they think Trump is a saint. Or even that he was right to pressure the Ukrainian president to dig for dirt on the Bidens’ business dealings in Ukraine. It’s because they recognise that two related things were implicitly under assault during the impeachment: their particular vote to elect Trump president in 2016 and their general democratic rights.

And it has been a sustained assault, too. Indeed Trump has been threatened with impeachment almost from the moment he assumed office at the begining of 2017, when the anti-Trumpers claimed his continued ownership of a hotel and golf-course business amounted to a violation of the constitution. There has also been the Stormy Daniels affair, Russiagate, and, of course, the subsequent Mueller inquiry. The impeachment is merely the latest expression of this determination to undo the perceived democratic error of 2016, using extra-democratic means.

No doubt Democrats believe that the muck stirred up by this circus will somehow stick to Trump, the first impeached president to stand for re-election. As Senate Democratic leader Chuck Schumer put it after Trump’s acquittal, there will always be ‘a giant asterisk’ next to the president’s name.

But that seems like wishful thinking on their part. If anything, this attempt to decide the president’s future in the Senate, rather than at the ballot box, is likely to have pushed Trump even closer to winning a second term.