It’s only been off the air for 15 years, and already it’s ‘problematic’. 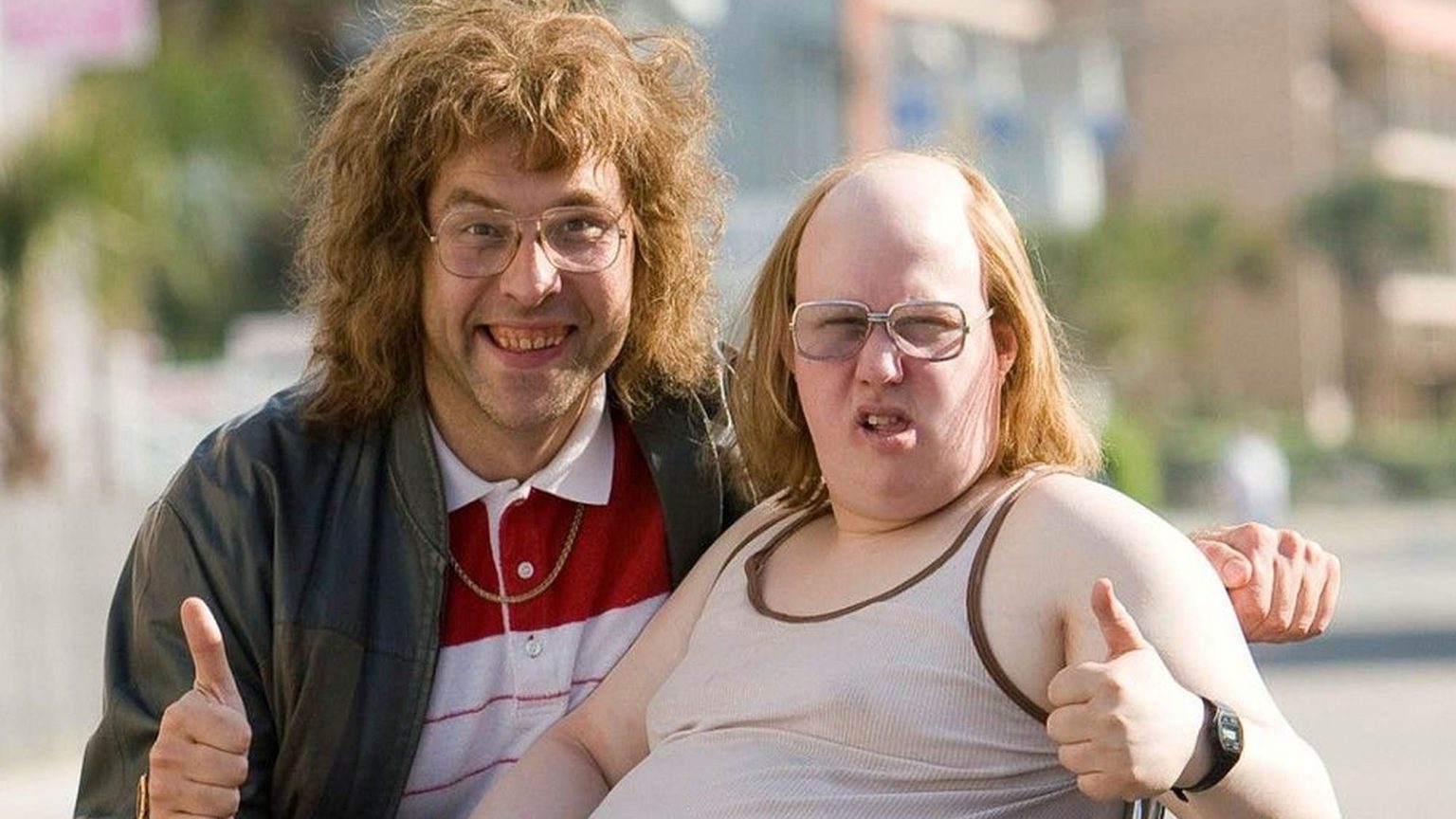 Noughties BBC sketch show Little Britain has ended up in a ‘yeah, but no, but…’ situation over its proposed return to our screens.

Its return has been in the offing ever since writers and stars David Walliams and Matt Lucas made Little Brexit, a BBC Radio 4 special, in October. But there are reportedly fears that its characters may not be ‘appropriate’ in 2020.

Friends of Walliams and Lucas have denied previous reports that the show has been canned over concerns it will be too offensive for modern tastes. But the questions of when it will come back and in what form remain unanswered. And for their part, Walliams and Lucas have said that many of their characters belong to a more risqué era.

The characters were indeed out there – by today’s standards, at least. There was Daffyd ‘the only gay in the village’ Thomas, a flamboyantly camp Welsh homosexual; Emily ‘I’m a lady’ Howard, an unconvincing transvestite who dressed in Edwardian clothing; Vicky ‘yeah, but no, but…’ Pollard, a tracksuited teen from Bristol; and a host of other characters with their own catchphrases.

Now, Little Britain was not particularly witty or subtle. It was never Monty Python’s Flying Circus or A Bit of Fry and Laurie. Nor did it pretend to be. It was lewd, crude, rude and, in the case of the vomiting racist granny, disgusting. But that was the point. The characters were caricatures, exaggerations and stereotypes.

Regardless, it proved wildly popular. Admittedly, this was in the days before Netflix, Prime Video et al. But it still raked in viewing figures (9.5million in its final series in 2005) that Auntie could only dream of these days.

Walliams and Lucas have both said that they would like to bring back the show, but that it would have to be done differently. ‘You’d definitely do it differently’, Walliams told the Radio Times recently, ‘because it’s a different time. There’s all kinds of tolerances that change.’ Similarly, Lucas told the Big Issue in 2017 that Little Britain was ‘a more cruel comedy than I’d do now’.

While Little Britain seems set to return to our screens, then, what it actually ends up looking like could tell us a lot about how our culture and cultural institutions have changed in recent years. Has our offence-taking era made it impossible for something like Little Britain to make a proper return, as crass and offensive as it was 15 years ago?

Of course, Little Britain was considered un-PC even when it was first aired in 2003. But it was still hugely popular and the BBC seemed to trust audiences to deal with the offensive humour. The difference today is that the BBC is often more concerned with whether its comedy shows toe the PC line, than with whether they are funny and enjoyed by viewers.

A more legitimate reason to nix the return of Little Britain would be to try something new for a change instead. So much of cultural output these days seems to be endless reboots and spin-offs of old shows – updated, tweaked and bastardised to make them more ‘modern’. The BBC has done this with a number of its flagship shows, perhaps most notably with Doctor Who, which regenerated its titular character into a woman for the first time in its 67-year history back in 2018. Following this progressive move, the Time Lord’s ratings have fallen off a cliff. Maybe the BBC should consider commissioning new programmes rather than rehashing old concepts.

Comedy in particular seems to be at a crossroads. In the US, comedians such as Dave Chappelle, Bill Burr and Joe Rogan are seeing their popularity soar with Netflix specials and podcasts, which are frequently roasted by critics but praised to the rafters by the general public. And Ricky Gervais’ final outing as host of the Golden Globes, during which he called out Hollywood hypocrisy and identity politics, was also lauded by us proles but panned by the likes of Vox and the Guardian.

Over the past 10 years, the BBC has too often catered to a tiny but shrill minority, rather than providing programmes people actually want to watch. It ousted the Top Gear team of Jeremy Clarkson et al, only to see them build a wildly successful show on Amazon. And it turned Doctor Who from Saturday night escapism into a weekly lecture on social justice.

And what have we had in return? The Mash Report. Ha bloody ha! Whatever happens with Little Britain, we need the likes of the BBC to take a few more risks, and trust us to take a joke.