Don’t blame Lady Hale for the politicisation of the judiciary

The law was being drawn into politics long before her presidency of the Supreme Court. 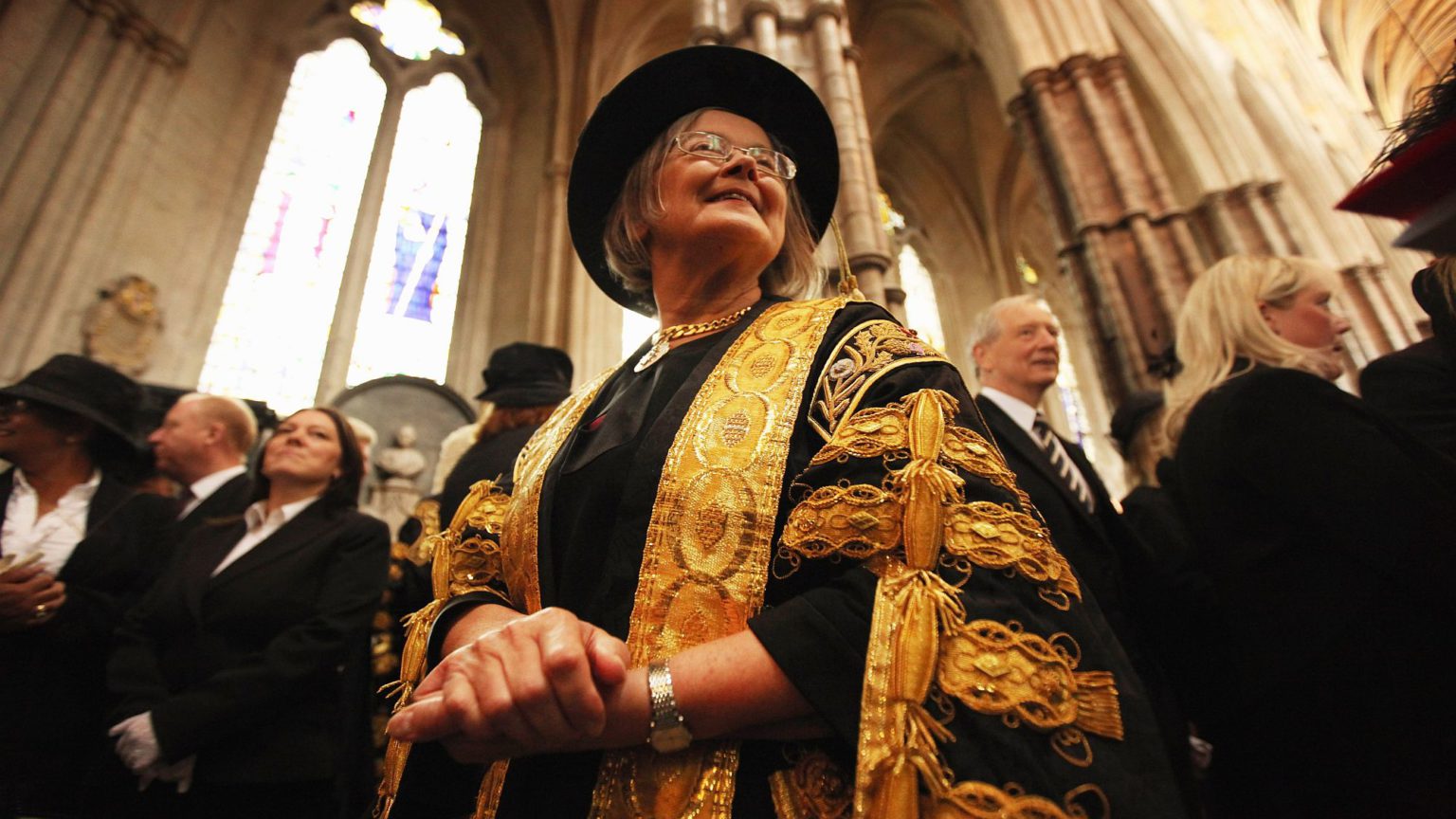 She has not shied away from the limelight since then. It is usually quite rare to find interviews with judges of the UK Supreme Court. Hale is an exception. Googling ‘interviews with UK Supreme Court judges’ throws up few results that do not feature Hale. A few weeks ago she gave an interview to the Guardian in which she set out her ‘Desert Island Judgements’. The prorogation case was number one on her list.

It is difficult to work out whether or not Hale enjoys the attention of her admirers. One profile in 2017 questioned whether the ‘judiciary were ready for Lady Hale’, suggesting her presidency would be a radical departure for the male-dominated court. But her radicalism is overstated. She ensures her interviewers stay away from ‘political’ topics. She also confounds her progressive supporters by insisting she be referred to by her proper title (Lady Hale, not Brenda).

Her detractors are similarly desperate to label her as an overtly ‘political’ judge, on shaky evidence. Following the prorogation case, a picture of her went viral in which she was stood in front of a Powerpoint slide while delivering a speech to the Association of State Girls’ Schools. The slide read ‘Spider woman takes down Hulk’, a reference to the spider brooch she wore when delivering the prorogation judgement (Johnson had previously likened himself to the Hulk). Some treated this as definitive evidence that Hale was an activist judge. It later transpired that the slide had been prepared by the hosts of the event without Hale’s input.

The excitement around Hale is not really of her own making. Liberals in the UK are desperate to compare Hale to Ruth Bader Ginsburg, the United States Supreme Court justice who enjoys even more of a celebratory public profile. But Hale is a creature of the UK judiciary, in which appearing ‘political’ is considered unconstitutional.

This is why to isolate Hale as a uniquely activist judge would be a mistake. But that is not to say our judiciary is not increasingly politicised, as we saw in the prorogation case. Rather, she is one member of an increasingly activist judiciary. Her presidency did not mark a significant departure; it was business as usual for a court that has become increasingly comfortable with creatively interpreting the law, while attempting to maintain the pretence that all of its decision-making is completely apolitical.

This was illustrated in the 2011 case of Yemshaw v Hounslow. The case involved a woman who had been forced to leave her home following emotional abuse by her partner. Hale’s leading judgement found that references to ‘violence’ in legislation related to homelessness could include non-physical abuse. She held that while physical violence was ‘a natural meaning’ of the word, it was not the ‘only natural meaning’. She cited the Shorter Oxford English Dictionary, which included ‘vehemence of personal feeling’ under the definition of ‘violence’. She went on to cite a Home Office report that stated that ‘any incident of threatening behaviour’ could be considered violence. Her eventual decision expanded the definition of ‘violence’ for the sake of homelessness law. But this step was logical given the wider definition of ‘violence’ that had been applied in other areas of law and policy.

Hale was deputy president of the Supreme Court when it delivered a judgement in a case that considered the lawfulness of employment tribunal fees. The court found that the introduction to fees was comparable to denying access to courts through the law. The court heard no evidence from anyone who had been unable to afford the fees. The poorest claimants were entitled to full remission of their fees. Still, the court found that ‘the fall in the number of claims has in any event been so sharp, so substantial, and so sustained as to warrant the conclusion that a significant number of people who would otherwise have brought claims have found the fees unaffordable’. The court might easily have concluded the opposite: that the fees merely meant claimants were not willing to stake the sum of the fee in bringing the case. This does not necessarily mean the fees were ‘unaffordable’, merely that people were less willing to pay them.

Hale delivered a minority judgement in this case, meaning she felt there was something additional to add to the judgement of the whole court. She argued that the fee order may well discriminate against women, noting that this argument had a ‘superficial attraction’. Her reasoning was characteristically legalistic. She claimed that because women bring the majority of discrimination claims, then increasing the fees would disproportionately effect women and others with ‘protected characteristics’ under the Equality Act. This was hardly rabble-rousing feminism, but it added a footnote to the activist decision of the whole court, with which she agreed.

The judgement on the prorogation case was considered by some scholars to be explicitly political. Legal professor John Finnis has argued that the judgement was ‘wholly unjustified by law’ in that it improperly transferred the conventions around prorogation, which could normally not be judged by a court, into the ‘domain of justiciable law’. It elided the worlds of law and politics. But this was not the result of Hale’s ‘activism’ alone. The prorogation decision was a unanimous decision of the 11 justices of the Supreme Court. Hale was not an outlier.

So, Lady Hale is not Ruth Bader Ginsburg. Her presidency did not signify a feminist revolution in the Supreme Court. But she did maintain the increasingly activist role that the senior judiciary has been taking for some time. Her interviews demonstrate that she is just as much a creature of the UK Supreme Court as her male colleagues. She is hardly the radical hero that progressives were looking for. But she is another reminder of how much the law has been politicised.