Why the US loathes Iran

Iran has long reminded the US of the limits to its power. 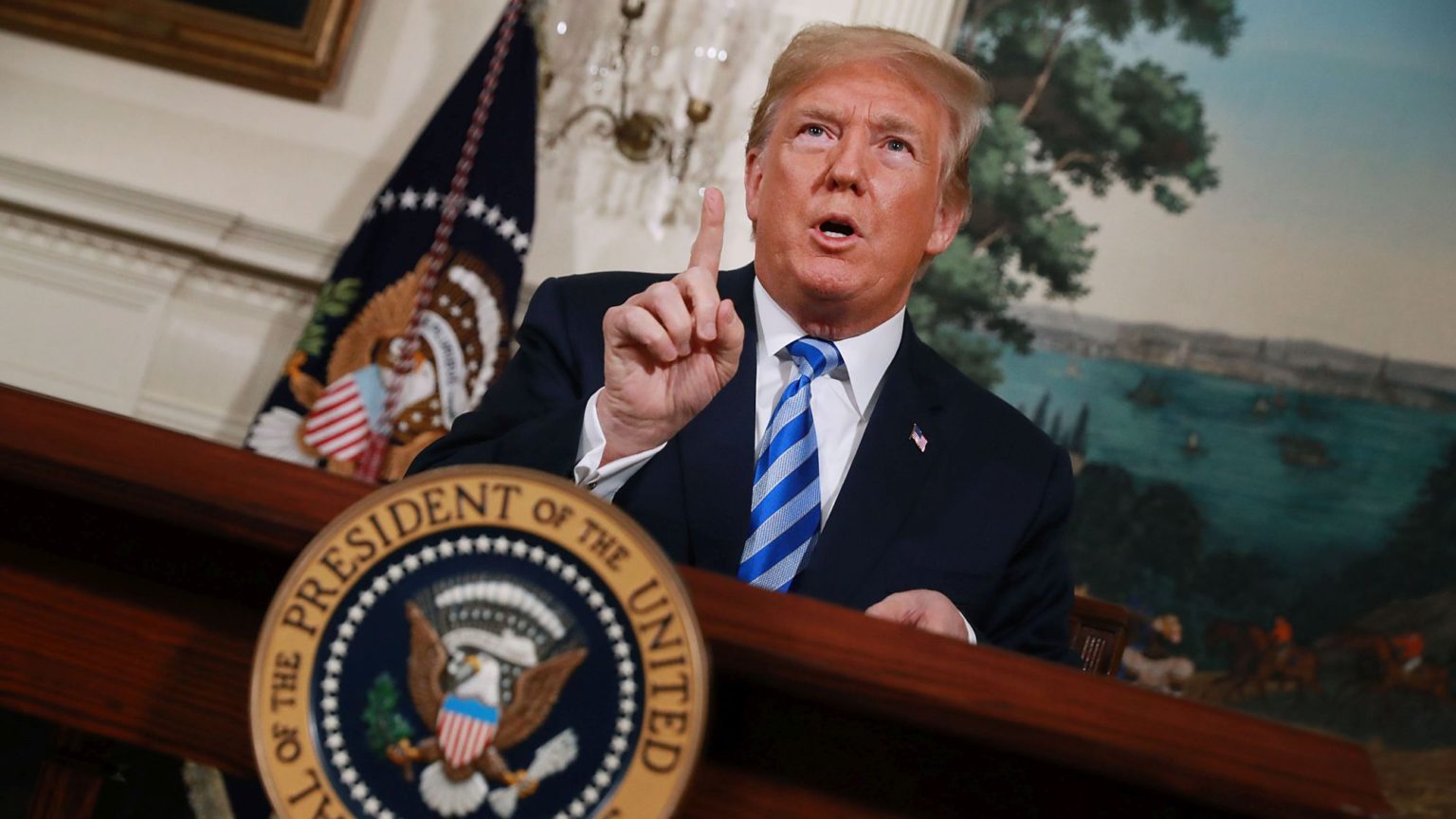 Such is the grip of Trump Derangement Syndrome on the minds of Western liberals that it seems they are incapable of evaluating the US president’s actions coolly. His admittedly reckless assassination of Qasem Soleimani, a top Iranian general, is a case in point. It is presented as an almost unprecedented act. An act of catastrophic proportions. An act born of the madness of King Trump.

But it’s not, of course. Yes, it was fuelled in part by the Trump administration’s persistent animus towards Iran. But this animus itself didn’t emerge out of nowhere. It was not unprecedented. Far from it. It draws on over 40 years of antagonism, from the moment, in the wake of the Iranian Revolution in 1979, that Iranian students stormed the US embassy in Tehran and took its American staff hostage, to the bloody, low-intensity war waged between Iran-backed militias and US forces in post-invasion Iraq in the mid-to-late 2000s.

Indeed, the near pathological loathing on the part of the Washington establishment towards Iran has been remarkable for its decades-long consistency. Other conflicts between the US and sometime rivals or opponents have burned hot, cold and then out. But not that between the US and Iran. Its heat is unwavering. Moments of rapprochement have occurred, of course. And diplomatic backchannels have often been open, sometimes even facilitating cooperation, such as that between George W Bush’s administration and, ironically enough, Qasem Soleimani, as both Iran and the US targeted the Taliban in the aftermath of 9/11. Even a president as morally black-and-white as Ronald Reagan was happy to allow Israel to send Iran a vast array of US-made weapons to aid in the war against Saddam Hussein’s Iraq in the early 1980s.

But generally, Iran has consistently been elevated to a threat well above its actual status. Because it is not a huge nation. Nor is it particularly wealthy (despite the oil fields). Nor is it especially militarily advanced. But what it is – or rather, what it has become since the revolution of 1979 – is a symbol of the limits to America’s aspirations to global hegemony. It overturned the US-backed coup of 1953. It defied the Cold War and post-Cold War order, as a determinedly Islamic state, conjuring itself up as a Shia Muslim bulwark against the decadent West. And perhaps most important of all, it played on the impact of the Vietnam War on the American elite’s psyche, reminding the US political class over and over again of its failure. Indeed, Iran’s power is a projection of the US’s own sense of weakness. That is what Iran plays on, with the state-orchestrated, Stars and Stripes-burning street protests, complete with the obligatory ‘Death to America’ chants.

And Iran has continued to play that role for successive administrations, from that of Jimmy Carter to that of George ‘Dubya’ Bush, who famously identified Iran as the key point on his ‘axis of evil’ in 2002. And crucially, it played that role under Barack Obama, too, the president from whom many mistakenly think Trump has made such a decisive and reckless break.

Part of the problem is that on foreign policy, Obama is too often misrepresented as either a flawed pacifist by his supporters or a weakling by his critics. But that obscures what really marks out Obama’s foreign-policy approach – namely that it continued the interventionist trajectory of his predecessors, but it did so at far more of a distance. It was a way of continuing to wield power, while dodging responsibility for doing so.

In other words, the mindset that drove the liberal interventionism of the 1990s and 2000s persisted in a modified form into the Obama era. Which is hardly surprising. The Democratic Party’s foreign-policy apparatus was stuffed with adherents to the ethical foreign-policy credo of precisely that era – think of Hillary Clinton, Jim Steinberg, Susan Rice, Tom Donilon, Samantha Power, and Anne-Marie Slaughter. It’s just that Obama moderated their zeal a little. He knew there was no public appetite for interminable ‘boots on the ground’ operations in the aftermath of the interminable wars in Afghanistan and Iraq, so he continued the interventionism at several removes – literally, in the case of the calamitous aerial intervention in Libya in 2011, which led to the overthrow of Colonel Gaddafi and the eventual collapse of any functioning state.

There are a few better illustrations of Obama’s hands-off interventionism than his preferred mode of military engagement: the drone attack. Obama didn’t initiate the drone programme, but he embraced it like no president before him, overseeing more strikes in his first year in office than Bush carried out during his entire presidency. In total, during his two terms, he ordered 563 strikes, largely by drones, compared to 57 strikes under Bush. This was remote-controlled slaughter, a form of military intervention stripped of the risk to US life or presidential conscience. It was cowardly imperialism.

This hands-off, interventionist approach was at work in relation to Iran. So from the start of his presidency, Obama posed as a conciliator. In a 2009 interview with the Arabic-language television station Al Arabiya, he said, ‘If countries like Iran are willing to unclench their fist, they will find an extended hand from us’, adding a few weeks later that ‘we can start sitting across the table, face-to-face… to move our policy in a new direction’. It was an ineffective strategy, at least initially. But with the election as president in 2013 of Hassan Rouhani, a Western-educated cleric and moderate, Obama’s entreaties finally found a willing audience – the eventual result of which was the nuclear deal in 2015.

Yet, in effect, Obama was still treating Iran as his predecessors had. As an exception. As a unique threat to the US. He may never have countenanced referencing axes of evil, but his administration was still seeing Iran in those same terms: as an object of liberal interventionism. Hence the obsessive focus on Iran. Hence the very fear itself that Iran might develop nuclear weapons – despite other far more powerful nations already possessing them. Because he, like his predecessors, saw Iran as different, as a nation in need of external correction, and, above all, as the source of America’s sense of weakness.

Indeed, for all the current talk of Trump’s recklessly belligerent attitude towards Iran, his withdrawal from the nuclear deal and his reimposition of sanctions, it is worth remembering that Obama was equally as antagonistic. After all, it was under Obama that the US ramped up the sanctions regime against Iran in 2010, as part of the Comprehensive Iran Sanctions, Accountability, and Divestment Act. In other words, Obama confronted Iran with just as much animosity as Trump has done. He was seeking to manage its internal affairs from afar, to impose America’s will on it. It’s just that, such was his risk-aversion, that his imperialism took a softer, more hands-off form.

Trump’s approach to Iran is certainly more explicit in its animus than Obama’s was. But it hardly marks a radical departure. Both administrations have obsessed over Iran. Both have drawn deep from that long-standing well of animus. And both have turned Iran’s nuclear aspirations into an existential threat. One suspects that if Trump, in his vainglorious battle with the legacy of Obama, thought it was possible to strike a new nuclear deal with Iran, he would happily do it. Just as Obama did. His willingness to have a phone chat with Iranian president Rouhani last autumn certainly suggests as much.

Many will no doubt point out that the assassination of Soleimani went further than Obama ever did. Reports suggest that Obama even asked the Israeli military not to eliminate Soleimani when the opportunity presented itself, for fear of the global repercussions. Yet it’s worth bearing in mind that Soleimani was eventually killed using Obama’s own intervention of choice: the drone strike. Trump may have gone further than Obama was willing to. But in essence he was merely following the responsibility-dodging interventionist trail blazed by his predecessor.

In many ways, then, it is not the differences between Trump and Obama we should be worried about. It is the similarities.