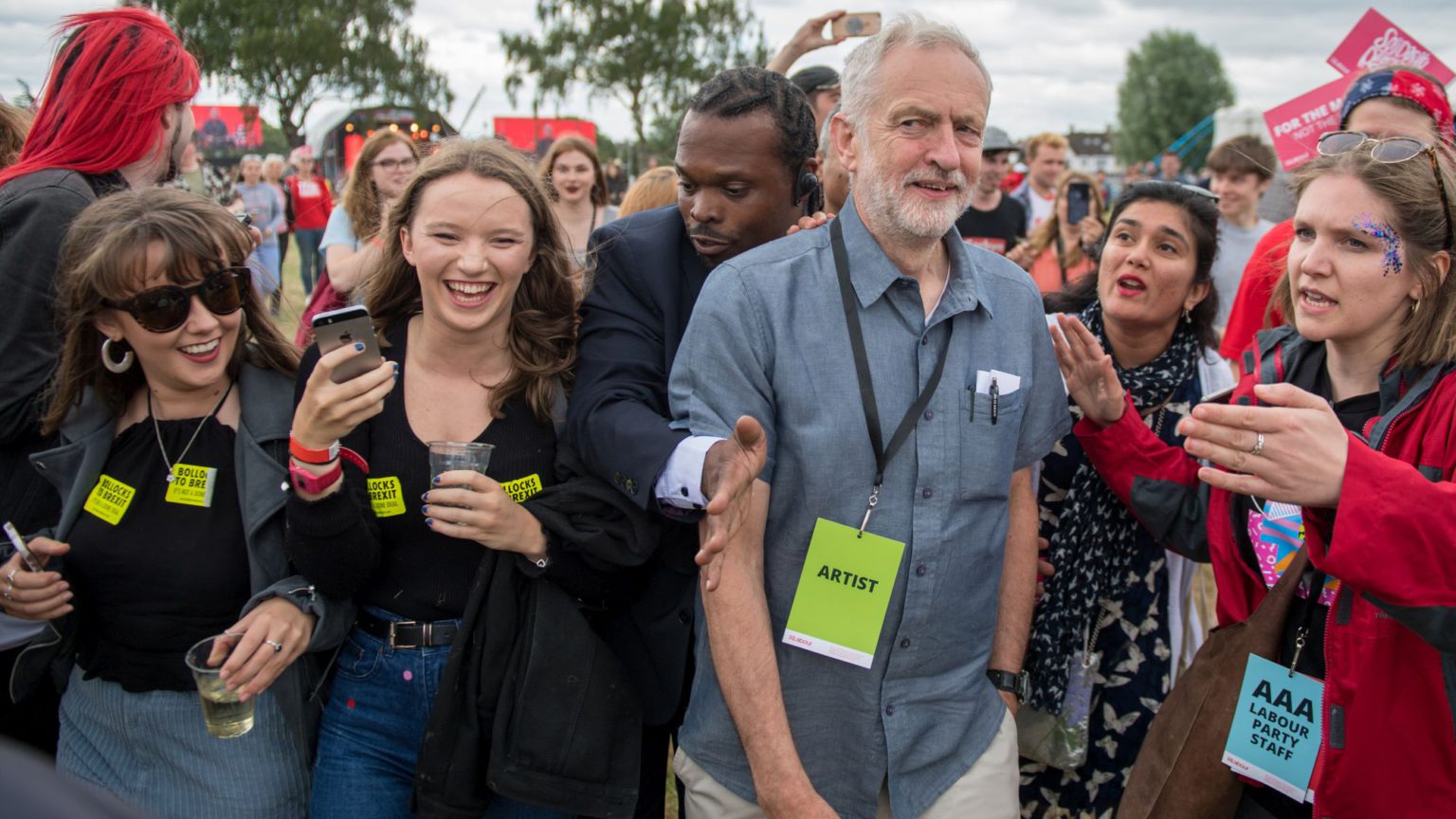 Why age is the new dividing line in politics

Higher education has inculcated young people with entirely different values to their elders.

The General Election demonstrated yet again that the most important division in UK politics is between old and young. Survey after survey indicates that there is a stark difference in the voting behaviour of the generations. According to a recent YouGov survey, 56 per cent of 18- to 24-year-olds voted for Labour, while 57 per cent of 60- to 69-year-olds supported the Tories. Other surveys confirm that traditional class and party loyalties are trumped by the generational divide.

The generation gap in party support has a long history. It is well known that people tend to adopt more conservative views as they get older. And in recent decades, age has become a strong predictor of how someone is likely to vote in an election. But this pattern has become particularly pronounced during the past decade. The theme of generational conflict was far more pronounced during and in the aftermath of the Brexit referendum, and the 2017 election, than previously.

This politicisation of demography was highlighted and celebrated by the media at every turn in 2017. Commentators argued that the youth were ‘flexing their muscles’ in an act of revenge against the old codgers who support Brexit. The youth vote for Jeremy Corbyn was frequently portrayed as the beginning of a more radical political turn. This sentiment has been constantly reiterated in recent months, when the so-called climate rebellion has often been framed as an integral feature of a generational conflict.

This all has important implications for public life. Unlike disputes over economic and social issues, conflicts over cultural values deepen the psychic and moral distance between people.

Now, the claim that the youth have become uniquely radicalised is something of an exaggeration. Rather, there are important generational differences that are more cultural than political. These differences are particularly pronounced in relation to attitudes towards nation, community, identity, the environment, and the sense of self.

Differences in cultural attitudes have profound implications for the way that intergenerational relations are conducted. The British cultural establishment, which has a hegemonic influence over the young, constantly encourages young people to feel put-upon by their selfish elders. They are continually told that their future is likely to be far more insecure and worse than that of previous generations. The constant denigration of grown-ups has fostered a climate in which it has become acceptable to regard the elderly with contempt.

Old people are stereotyped as backward and ignorant. They have been cast in the role of narrow-minded bigots who possess archaic prejudices. Their attitude and behaviour are unfavourably contrasted with the enlightened, cosmopolitan and caring outlook of the young. This positive representation of young people is promoted by the authors of Cultural Backlash, who insist that enlightened and socially liberal values are gaining greater and greater traction among the young. These young people are supposedly digging the graves of the nasty, authoritarian, xenophobic politics of their elders.

Numerous commentators appear to believe that the political behaviour of young people constitutes an important act of rebellion against the values of the older generations. Such commentaries often suggest that the young have become more and more politically engaged, politicised, and even radicalised. But what defines the voting behaviour of young people is not so much radicalism as the politics of conformism.

Young people’s politics are strongly influenced by the values and attitudes that they have internalised through the dominant institutions of culture – such as the media, schools and universities. The current pattern of socialisation has relegated the role of the family to a secondary, supporting role. A shift away from the family socialising young people to schools and universities socialising young people has encouraged generational estrangement.

The school curriculum is devoted to distancing children from the traditional values of their families and communities. Schools carefully police the cultural attitudes of pupils and encourage them to adopt the latest fashionable, cosmopolitan and therapeutic values – such as diversity, genderfluidity, non-judgmentalism, sustainability and anti-traditionalism.

Even exam markers have been shown to penalise pupils who adopt views that contradict the values upheld by the curriculum. The number of pupils penalised in exam-marking for their supposedly ‘offensive’ ideas has doubled in a year. In August, a pupil had her GCSE paper disqualified because her criticisms of halal meat were deemed to be ‘obscene racial comments’. Abigail Ward, a 16-year-old pupil at Gildredge House school in Eastbourne, was told that she had committed a ‘malpractice offence’ and would be disqualified.

In this instance, the pupil’s disqualification was overturned, when it became clear that she was a strict vegetarian who was merely expressing her disgust for halal butchers. Nevertheless, the zealous behaviour of her examiners indicates that pupils can pay a price for straying from received multicultural norms. A system of examination that involves the policing of pupils’ values does not provide a hospitable environment for independent thought.

But the policing of values in schools pales into insignificance in comparison with the heavy-handed demand for conformism in higher education. In many universities, students are told that their essays will be marked down if they do not use politically correct speech. A document sent to students at the University of Hull said marks would be deducted from students who use supposedly sexist terms like ‘mankind’ or ‘manpower’.

The policing of speech in universities is integral to the project of cultural and linguistic conversion. Universities almost require that students convert from the values they learned at home and adopt those of the university. As early as 1979, in his book The Future of Intellectuals and the Rise of the New Class, the sociologist Alvin Gouldner pointed out that children were being culturally distanced from the values of their parents. He said this was taking place through a process of ‘linguistic conversion’ to a form of speech that reflected the values of the cultural elites, or what he characterised as the ‘new class’.

Gouldner’s analysis anticipated the institutionalisation of speech codes and the policing of language on campus in the decades to follow. And his analysis of linguistic conversion was linked to his study of the emergence of the new class. This group had, he said, gained a monopoly over the promotion of values in education, and were using their power to de-authorise traditional values and norms.

This was underpinned by the unravelling of parental authority. Parents found it increasingly difficult to impose and reproduce their ‘social values and political ideologies in their children’, noted Gouldner. This disruption in family socialisation provided an opportunity for institutions of education to exercise a powerful influence over the outlook of young people.

Gouldner also argued that this disruption of parental authority intensified cultural conflict. As schools and universities assumed a central role in the socialisation of young people, parental influence over children was undermined. He said that public education had become a ‘major cosmopolitanising influence on its students, with a corresponding distancing from localistic interests and values’ (his emphasis). Consequently, the expansion of higher education reinforced this process.

Since the late Seventies, when Gouldner was writing, the role of higher education in socialising the younger generation has only expanded significantly. More than half of young people now go to university in the UK, and by the time they graduate many of them will have embraced a cultural outlook that is at odds with that of their family and of older generations. Their political attitudes and voting behaviour are very much influenced by the regime of socialisation they experience in university. It is worth noting that the political division of the UK electorate along generational lines coexists with that of education. University-educated citizens, like the young, are far more likely to vote for Labour than those with lower educational attainment.

It is not that university-educated people think they are smarter than the rest of the electorate, and that in voting for Labour they are demonstrating their superiority. Rather, they have internalised the anti-traditionalist and anti-conservative values to which they were exposed on campus. Unlike student radicals of the past, who often rebelled against university authorities, the recent cohorts of undergraduates have internalised and conformed to the prevailing ethos. It is also difficult for students seriously to question this ethos, and most of them feel they have no choice but to adopt it.

The so-called post-materialist and anti-traditional values upheld by many young voters is sometimes portrayed as a form of radical defiance. It is nothing of the sort. The conformist script that many young people have internalised was written by a small section of their elders, those within the cultural elite. Like the children led by their teachers to join a school strike for the planet, many young people vote against their elders because that is what they have been taught to do.