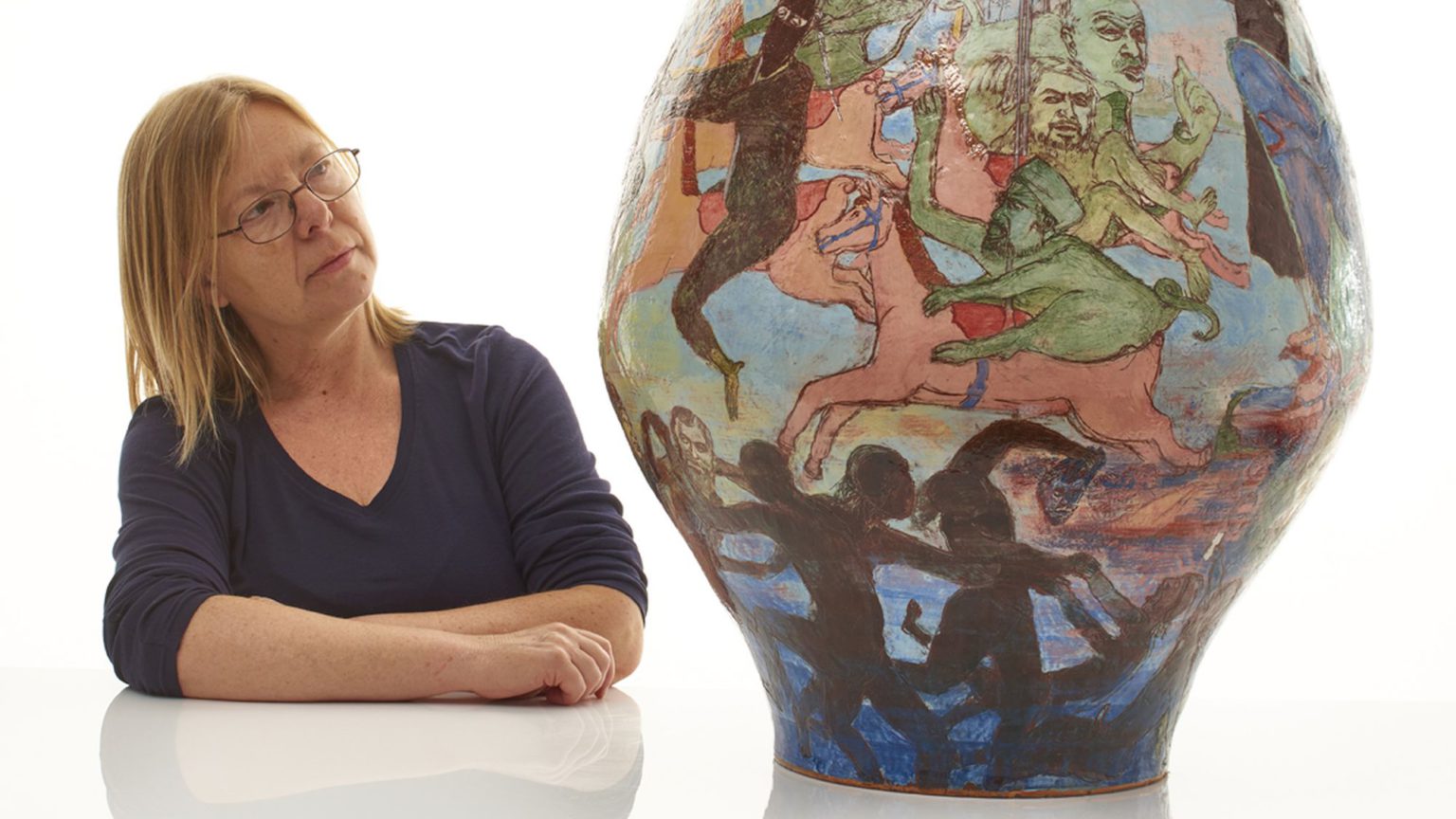 The silencing of feminist artists

Female artists are being hounded out of work for failing to toe the woke line.

Pottery is political, at least in the hands of ceramicist Claudia Clare. Her latest exhibition, And The Door Opened, gives voice to those at the margins: to the women who, often when still girls, were groomed into and then abused in prostitution. And yet, for tackling the reality of the sex industry, Clare has faced cancellation and criticism not from the religious right nor from men’s rights activists, but from those who consider themselves progressive. She is one of a growing number of women artists censured for telling the wrong stories and voicing the wrong opinions.

Clare is a veteran of the culture wars. As a radical feminist and artist, if her work didn’t provoke and poke the powerful, it would be failing. But the prevailing view in the liberal-arts world is now profoundly illiberal: to be acceptable one must agree that ‘sex work is work’, that ‘trans women are women’, and that certain religious beliefs must be respected, no matter how bigoted those beliefs are. Recalling the most recent incident in which she was silenced, Clare explains to me with characteristic wit that she stood ‘accused by sex-workers’-rights activists of whoring to oligarchs’.

In May 2019, Clare applied to exhibit at Crossbones Garden in Southwark, a post-medieval burial ground for prostitutes and later poor people now run as a community-run garden. She was pleasantly surprised that Crossbones would be willing to show her work, as she says it has a long-standing affiliation with ‘sex workers’ rights’ activists, a liberal clique who disagree with the idea that prostitution is inherently exploitative.

After plans to display her work were confirmed via email, Clare attended a meeting with the Bankside Open Spaces Trust (BOST), which manages Crossbones, to discuss the work. But decisions about Crossbones are ultimately taken by the Crossbones Forum, a committee of local residents and supporters. And as Clare’s meeting with BOST was winding down, a group of Crossbones supporters – PhD students who, according to Clare, ‘presented themselves as allies of “sex workers”’ – arrived and began to voice their disapproval.

It was a few days later that Clare received an email from BOST saying that ‘issues have arisen’ and Crossbones would no longer be able to host her work. It said the Crossbones Forum had met and decided that her ‘links with Mayfair galleries and buyers’ could contribute to the ‘perceived commercialisation of Crossbones Garden’.

Clare’s art is her living, and she feels angry about the insinuation that her artistic integrity has been compromised by wealthy buyers. She says this is a shabby cover for the fact that she has a different ideological approach to the ‘sex-workers’ rights’ activists who seem to set the political parameters at the Crossbones Garden.

BOST refused a request for comment for this piece, saying that ‘the ultimate decision for what happens in or to Crossbones Garden rests with the Crossbones Forum… The Forum is democratic and we respect the decisions the group [has] come to.’

Fiona Broadfoot is one of the women whose portrait features in Claudia Clare’s work. The 51-year-old feminist campaigner and founder of the Build a Girl Project was groomed into prostitution as a teenager before exiting in her mid-twenties. To Broadfoot, it is important that artists like Clare explore the reality of the sex industry with a critical eye.

Crossbones wasn’t the first institution to withdraw an offer of displaying Clare’s work. She tells me of an incident in 2016, when the People’s History Museum in Manchester had asked her to contribute to an exhibition called ‘Ideas Worth Fighting For’. She offered five beer jugs, one of which depicted a furious Prophet Muhammad, titled ‘How The Prophet Was Driven To Drink’. ‘I created the jug in honour of Charlie Hebdo and all the people killed by Islamist jihadists on 7 January 2015’, she says. 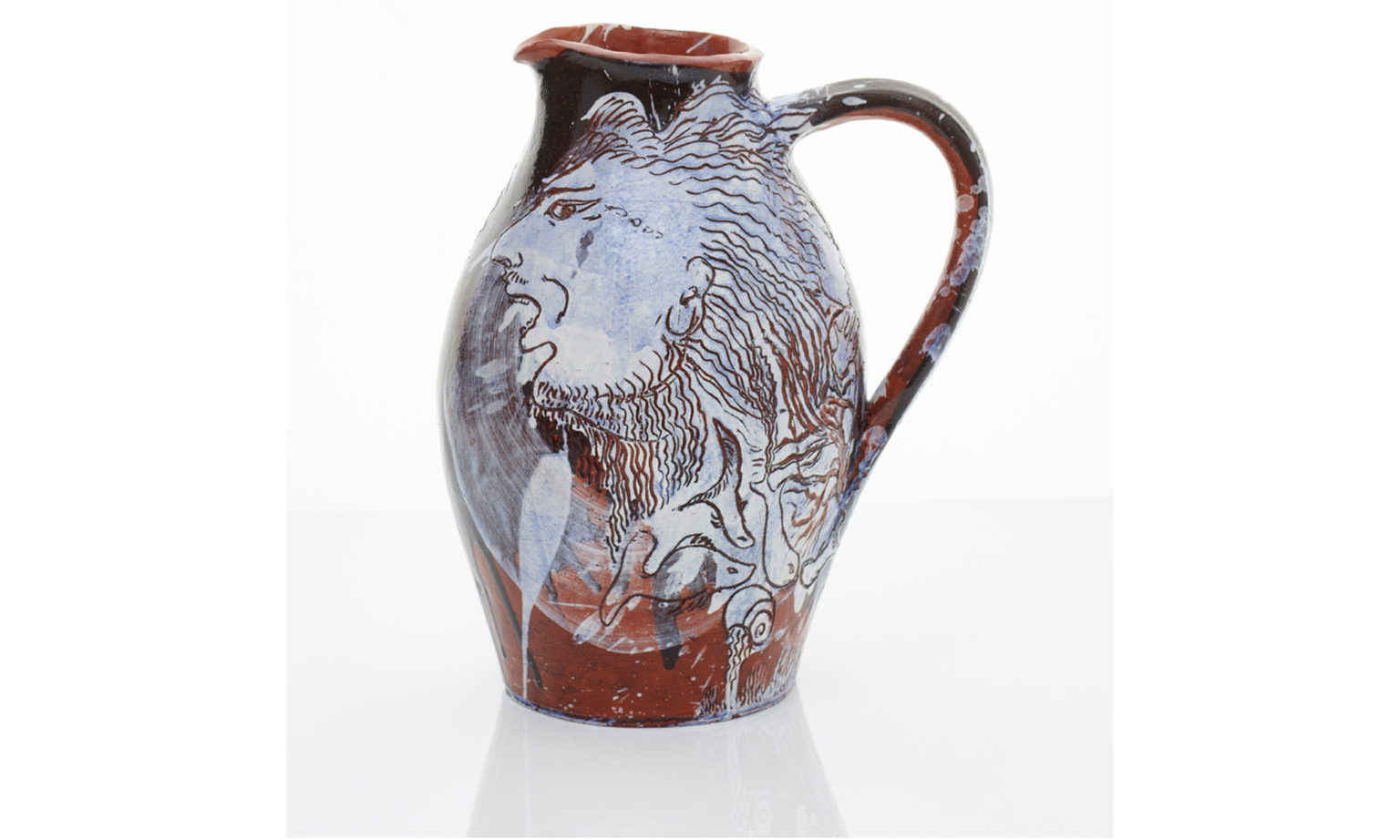 ‘How The Prophet Was Driven To Drink’, by Claudia Clare

Soon after the exhibition opened, Clare was told via email by Katy Ashton, director of the People’s History Museum, that ‘we made a mistake in not realising that it had portrayals of the Prophet Muhammad on it’. ‘We are all about defending free speech and celebrating different ways of fighting for equality’, Ashton went on, ‘but in this instance, the correct procedure and assessment of the work has not been carried out at the museum’s end. For the safety of our staff, visitors, and indeed the artwork itself, we feel that we will have to take this one jug out of the exhibition, while still displaying the other four.’

When contacted for this piece, the People’s History Museum said that ‘as the national museum of democracy’ it is ‘extremely proud of its role in exploring the past, present and future of ideas worth fighting for, while making sure its public spaces are safe and inclusive. In 2016 a decision was taken for a piece not to appear as part of an exhibition, with our staff and visitors at the forefront of our considerations.’

In light of this statement from the ‘national museum of democracy’, it’s worth remembering that in the UK depicting the Prophet Muhammad is not illegal. Rather than demanding the work remain on display, Clare says she requested that a note be put on its plinth explaining that museum directors had removed it because they were afraid of repercussions – this request was not honoured. ‘I understand people being afraid’, Clare says, ‘as long as they’re willing to say: “I am afraid but didn’t want to be called out as a racist.”’

There is a common misconception that ‘controversy equals cash’ in the art world, but that simply isn’t true. As Clare dryly notes, ‘you can’t make money from work you’re not allowed to exhibit’. Herein lies the rub: audiences are unlikely ever to know when an artist has been disinvited, and artists themselves have little recourse when they find themselves out of favour or blacklisted.

It seems a creeping totalitarianism has affected the UK arts scene. In 2018, Nina Edge, an artist who lectures at Liverpool John Moores University (LJMU), was targeted by a group calling themselves the White Pube. The White Pube, the ‘collaborative identity’ of Gabrielle de la Puente and Zarina Muhammad, claimed in an article for Dazed and Confused that Edge ‘was using the mask of a community Twitter account to go to town on her excited transphobia’. (They outed her as the person behind an account for a residents’ group in the Welsh Streets area of Liverpool, which had posted a number of trans-sceptical tweets.)

Their aim was clearly to have Edge removed from her post, as her very presence at LJMU was supposedly a risk to students who identify as transgender. Thankfully, Edge’s contract was honoured by the university, though the White Pube continue to campaign against those with opinions they deem unacceptable.

They aren’t the only ones. Last month, a new group called ‘TERFs Out of Art’ targeted conceptual artist Rachel Ara. Following a vicious online campaign, Ara was disinvited from giving a talk to students at Oxford Brookes university, seemingly for retweeting trans-sceptical groups and individuals. While censorious bands of bullies online are responsible for Twitterstorms, it is shameful that institutions like Oxford Brookes do not take more of a stand.

Rabid online social-justice warriors, drunk on the power afforded to them by adults who should know better, have the public-sector art world by the short-and-curlies. The infection of groupthink has spread beyond public Twitter spats and boardroom chats, and this can’t help but affect artists themselves. In this febrile environment of offence-taking and No Platforming, what artist would pour time and effort into work which will never be displayed? The privilege of being ‘controversial’ is afforded to very few. We are at risk of depriving the general public of work deemed too provocative, and stifling the creativity of artists themselves.

As a consequence of all this, there is a widening divide between the risk-averse, publicly funded institutions and the private art world. Curators, funders and gallery managers have been left second-guessing the public, and what may or may not be found to be offensive. With this year’s Turner Prize going to a painfully woke foursome, it seems likely that the dull, hectoring sanctimony of the artistic elite is here to stay. Indeed, one of the joint Turner winners, Tai Shani, has already announced that her work exploring the concept of a ‘city of women’ is not to be enjoyed by women with whom she disagrees. In a tweet in September, she said it is ‘not a city for T3RFs’ (sic).

Art critic Waldemar Januszczak has long warned of the politicisation of the arts. He opined on his blog recently: ‘I don’t go to art to be lectured in jargonised evening-class-speak on the bad ways of the world. More seriously, I know enough art history to understand what happens in systems where art is tasked with the deliberate delivery of political propaganda.’ And while public galleries fret about political correctness, the private art world continues to push boundaries free from political intervention.

What’s more, there is a definite hierarchy of who is allowed to claim offence. Earlier this year, women, many of them older women, campaigned against the ‘Kiss My Genders’ exhibition at the Hayward Gallery in London. It was open to children and to schools, which the protesters thought was unacceptable, because it was ‘sexually explicit’. Unlike their woke counterparts of the White Pube and TERFs Out of Art, they weren’t calling for the exhibition to be closed down or for anyone to lose their job. Rather, they were suggesting it wasn’t suitable for children. But they were completely ignored.

‘Diversity’ is a sacred value to the liberals who set the tone of the art world. And yet their notion of diversity clearly does not extend to diversity of thought; rather, it is tick-box deep and fundamentally exclusive. There is something that fascists and shiny-eyed zealots throughout history share with the woke of the contemporary British art world – the conviction that art that might provoke the wrong thoughts must be hidden from view, lest it corrupt the masses.

CORRECTION: An earlier version of this article suggested that Nina Edge was a permanent member of staff at Liverpool John Moores University. This has been amended.