The Turner Prize for Woke Posturing

Giving the prize to all four nominees was pure virtue-signalling. 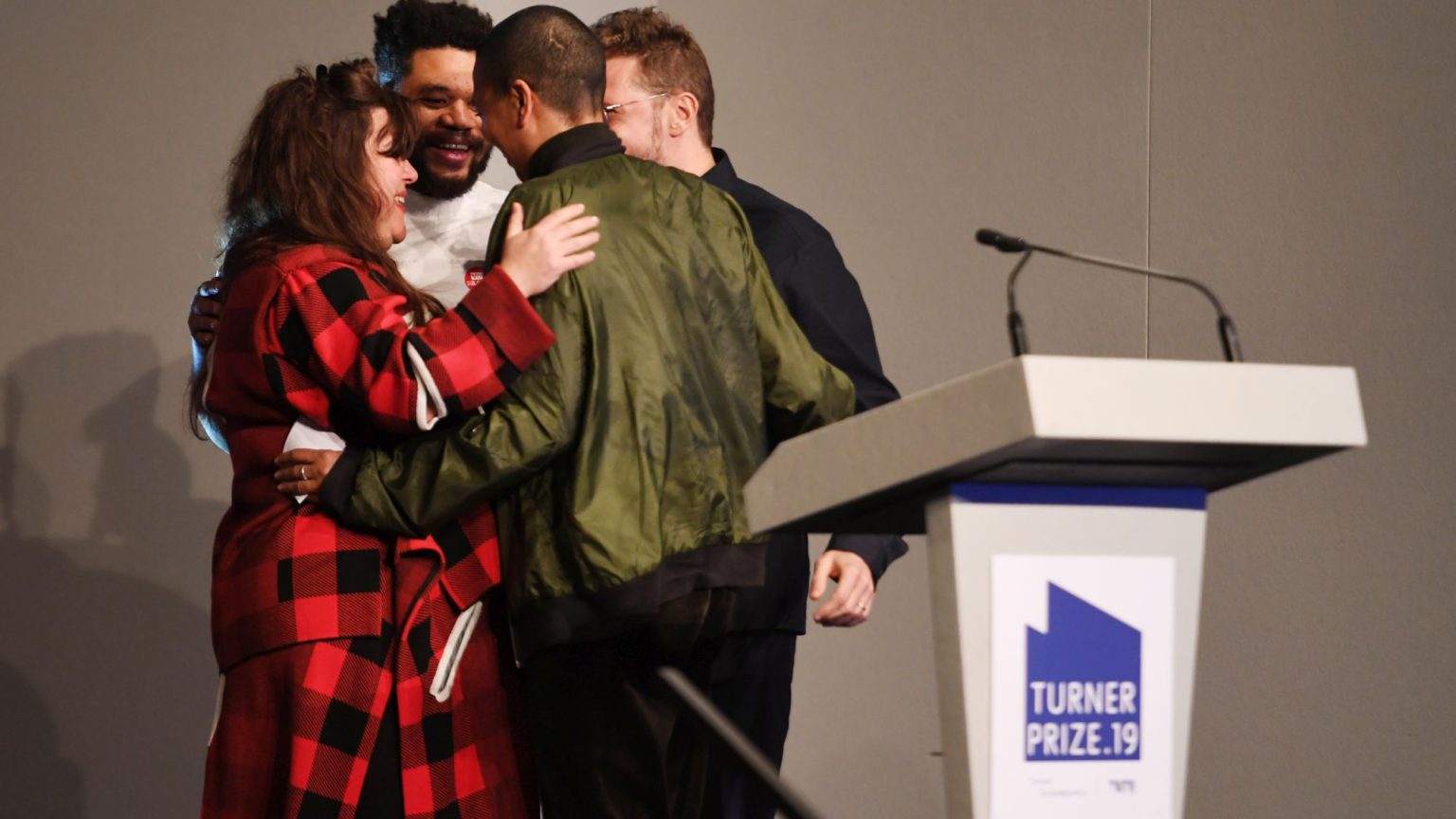 The surprise decision by the jury of the 2019 Turner Prize for Contemporary Art to award it to all four nominated artists reveals an art elite revelling in its self-defined moral high ground. It reveals an art world eager to demonstrate its willingness to deploy art – and expertise in the arts – to make the world a supposedly better place. Led by the Tate, the arts sector is effectively declaring itself to be a new papacy of social-justice activism ‘for the many, not the few’. The award ceremony, just before the General Election that will decide the future of Brexit, was the perfect launchpad for this new moral mission.

The most prestigious art prize in the UK, the Tate Turner Prize was set up 35 years ago to raise the profile of contemporary British art. It has popularised a controversial view of art – the artists who are nominated are often derided for ‘debasing’ art. The prize now celebrates artists more for their focus on social and political issues than for the quality or inventiveness of their art.

But this year’s jury decision, announced at Margate’s vintage amusement park, Dreamland, has led some commentators to worry that the prize is now effectively redundant. Whether or not this is the case, what we saw last Tuesday was definitely an assertion of the art elite’s sense of moral superiority. Who cares about prizes when they have a world to save from itself!

The four artists in the competition this year, chosen to exhibit at the Turner Contemporary gallery in Margate, are united by their shared ‘commitment to urgent political causes’. Their works express ideas about gender politics, concern about the displacement and exploitation of migrants, and a general contempt for Britain and the West. Lawrence Abu Hamdan, Helen Cammock, Oscar Murillo and Tai Shani did not know each other previously, but, having met and seen each other’s work, they decided they did not want one single issue to win the prize. They asked the judges to make the award collectively.

In a letter to the jury, they wrote: ‘At this time of political crisis in Britain and much of the world, when there is already so much that divides and isolates people and communities, we feel very strongly motivated to use the occasion of the prize to make a collective statement in the name of commonality, multiplicity and solidarity – in art as in society.’

The putative claim that art can change the world has transmogrified into an assertion that artists know what is good for us. The artists used the platform of the Turner Prize to express their explicit hostility to the current government in the lead-up to the General Election, with one of them even sporting a prominent ‘Tories Out’ pendant. With the General Election imminent, the artists’ statement, read out by Helen Cammock, was a thinly veiled condemnation of Brexit voters, describing ‘an era marked by the rise of the right and fascism, racism and ideologically driven brutality’ and ‘climate chaos’.

The artists’ protestations were hardly a brave challenge to the status quo. Rather, they reflect a consensus in the art world that ordinary people, not blessed with artistic intelligence, don’t know what is good for them. The top dogs of the art world wholeheartedly endorsed the nominees’ posturing. The jury’s decision to accept their proposal, the opening speech of Tate director, Maria Balshaw, and the comments of Edward Enninful, editor-in-chief of British Vogue, who presented the award, all attest to the belief among the art-world elite that only the arts can fix British society. No surprise, then, that the audience leapt to their feet cheering in delight, and media commentators gushed as Cammock read out the statement.

The 2019 Turner Prize award ceremony demonstrates the weaponisation of contemporary art. Contemporary artists may originally have set out to make us question what we see and how we see it, but the art establishment has turned art into a tool for a politically charged moralising activism. It is no longer art created to please the eye and challenge or console the spirit, but propaganda for identity politics and climate-change correctness. Time to rename it the Turner Prize for Woke Posturing.