The King – does it matter if it isn’t historically accurate?

A Netflix movie about Henry V stands accused of Francophobia. 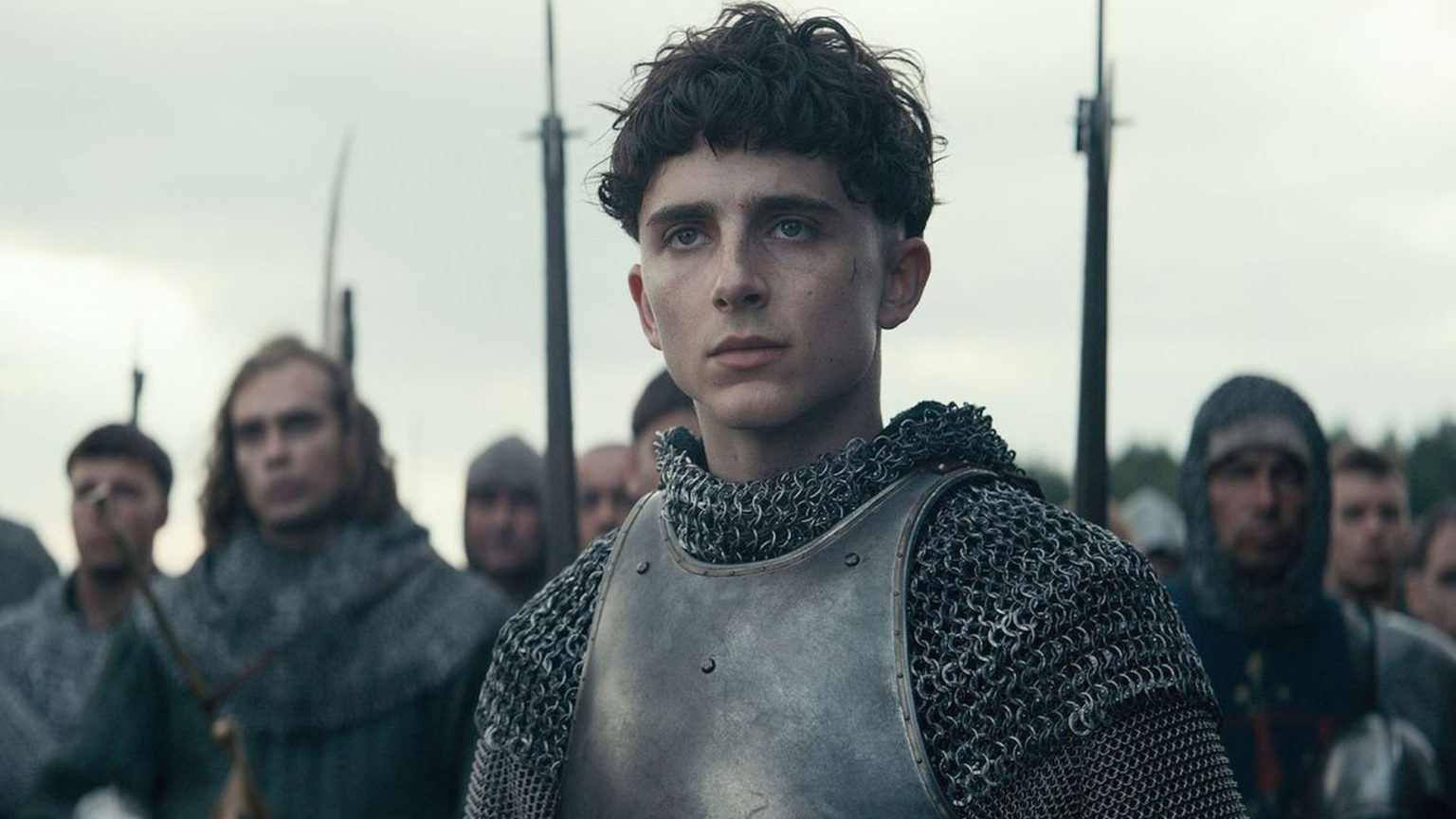 Every time a historical movie comes out, there is always one wise guy who complains that it lacks historical accuracy. The latest case of this phenomenon happened recently when the director of the Agincourt battlefield museum, Christophe Gilliot, complained about the new Netflix movie, The King.

The film itself is a Shakespeare-lite adaptation of Henry IV, Parts 1 & 2 and Henry V. Up-and-coming heartthrob Timothée Chalamet plays Henry V as a sexy twink, strutting around Agincourt, defeating the French with an emo haircut. The film wallows in hammy accents and faux-historical language. Fairly unsurprisingly, Gilliot was offended by the film’s anti-French sentiment, its factual inaccuracies, and for casting ex-Twilight-vampire Robert Pattinson as Henry V’s antagonist Louis de Guyenne. ‘I’m outraged’, opined Gilliot. ‘The image of the French is really sullied.’

Historical films have the inherent problem of having to show us a believable past while categorically not being able to. As LP Hartley famously wrote, ‘The past is a foreign country; they do things differently there’. The sentiment perfectly describes the impossibility of us visiting the past, in any sense, and experiencing it in the same way as the people of the time. It is something we can have no subjective access to.

Yet this effect of retrospective subjectivity is exactly what realist TV and movie adaptations have to rely on and make us believe. For the fiction to work, we have to feel subjectively present in the past. The costume dramas and war films, the corsets and carriages, the period music, the ashy filters used on the camera lens – if things look and sound old, they must be old. This is how films try to trick us. But the trick only works with our permission, consciously given or otherwise.

When it comes to the favoured film form of Anglo-American cinema – realist drama – for it to work, we as an audience need to buy into the story that is being told. We need to suspend our disbelief enough to feel that we are not watching mere actors on an illuminated screen. The more the story corresponds with how we imagine the past, the more easily we can enjoy the story. Anachronisms, like a car in chariot race, stop us buying into the story’s claim to truth. Therefore, the more you know about a subject – such as the battle of Agincourt – the more potential for distracting details, and the more difficult it becomes to enjoy a historical film.

This is where it becomes necessary for dramatists to distort the truth to tell the ‘truth’. For us to access the past through storytelling, drama has to manipulate and falsify history, in order for us to be able to understand the foreign language of the past and accept it as truthful.

The TV show Deadwood is a very literal example of this. The show wanted to portray the historical accuracy of foul language. People in the Wild West swore like troopers. However, Wild West swearing was mostly blasphemous in nature. Today, blasphemy is not nearly as shocking. It is practically toothless. So how to get across how shocking blasphemy would have been at the time? The makers of Deadwood replaced the blasphemous cursing and foul language with modern insults, calculated to offend contemporary sensibilities. In this way, historical dramas always document the sensibilities of the time they are made in, rather than the time they depict. The much talked about notion of ‘making things relevant’ is in this sense a necessity for historical drama to work.

Usually, the contract between storyteller and story-viewer is not a problem. Both sides know they have to compromise factual truth to produce ‘story truth’. As long as both sides agree what the rules of this story are – what is relevant – there is no stopping the enjoyment.

What historical drama has no responsibility to is history itself, primarily for the fundamental reason that it cannot have. The past is past. Every reenactment of the past is present, relative to us now – thus robbing it of its essence, its historical context, in the process of dramatisation.

There is no question that history makes for good storytelling, as it is full of dramatic narratives. But that does not mean that films make good history. Rather, it is the films themselves that become historical artefacts of their time.

Neither has historical drama any responsibility to historical figures, nor for the sensibilities of the people who knew them. They are mere cyphers to tell a story. When watching the film Churchill, you will learn more about our collective imagining of Churchill than about Churchill himself.

Of course, the main argument for a responsibility to history is the question of how and how much dramatic fictions of history shape our understanding of actual history. Factually anachronistic images, it is posited, will give us a wrong understanding of what actually happened. Think of the dangers: what if people started to believe there was no Holocaust because it can be shown this way in movies?

The idea that people’s understanding of history is largely shaped by movies, or culture in general, is a main plank in postwar cultural theory, which condescended to ‘the masses’, seeing them as easily manipulated by the bright lights of cinematic spectacle. What these theories deny is the audience’s active participation in storytelling as thinking subjects, able to decide for themselves if something is relevant or not. The condescension all too easily leads to the arguments for top-down intervention into the artistic process and, ultimately, censorship.

It is true that we often refer to the visual language of reenactments to access the past, to make it relevant to us. But that does not mean that we understand them as factual truth. It is fictional truth that we willingly submit to. As soon as this starts to ring untrue, it becomes irrelevant and we let it go. We don’t buy it. The film’s truth claim seems ridiculous to us. What does that mean for The King? We are responsible for our own enjoyment and if, like Gilliot or myself, you can’t suspend your disbelief – just let it go.

Watch the trailer for The King: