The latest phase of their revolt looks increasingly destructive. 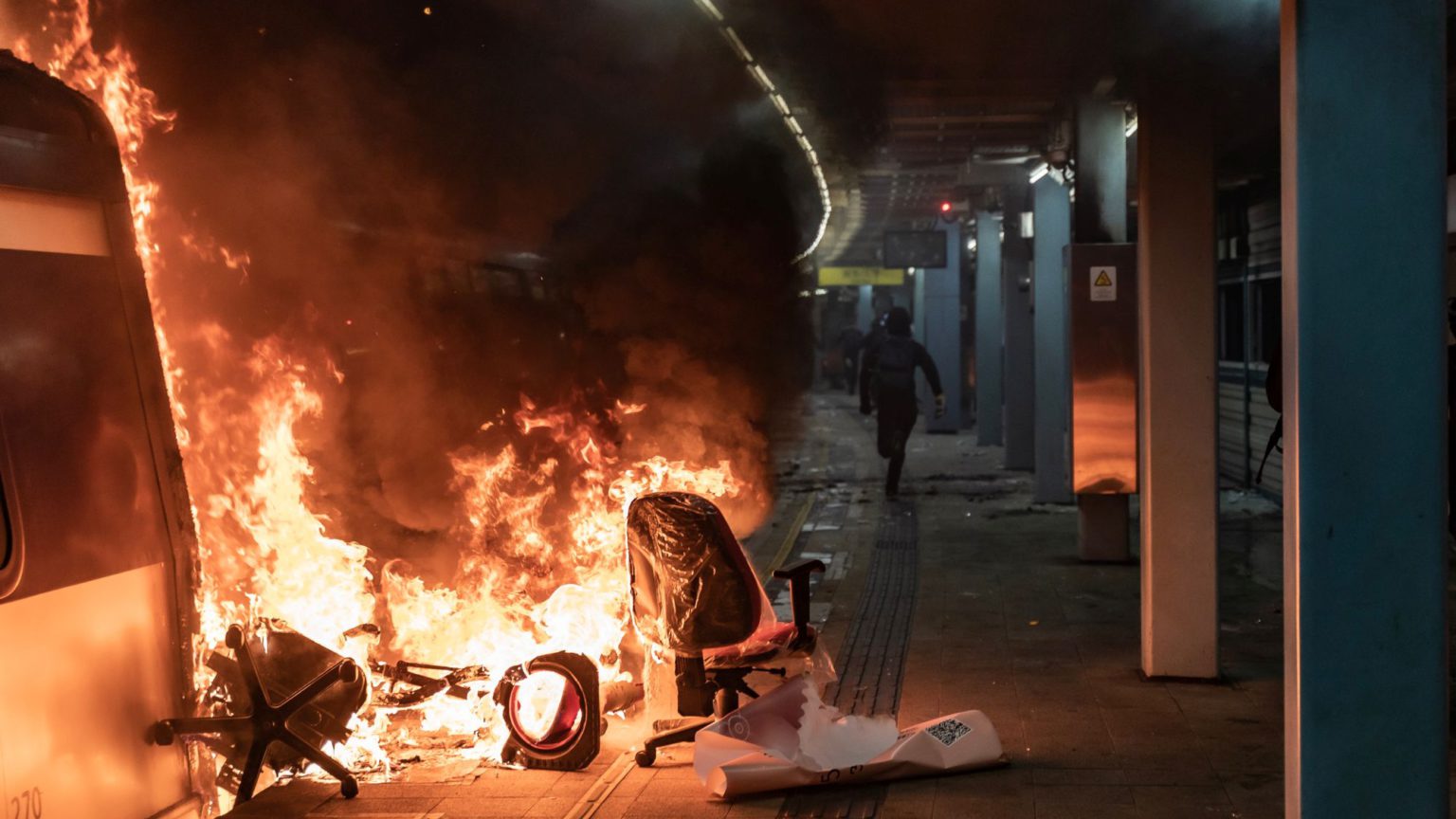 Protesters launched fire-dipped arrows at police outside their university campus in Hong Kong on Wednesday, as the continuing impasse with the authorities moved up a gear, shifting from an Occupy-style stalemate to something like a Game of Thrones farce. We may well be witnessing the finale of the Hong Kong revolt.

All schools and kindergartens were closed following a night of pitched battles that left campuses strewn with bricks and rubble. No doubt the authorities are alert to the symbolism such actions will send to a watching world. The latest police shooting and the tragic death of a protester who fell from a carpark ledge have caused much disquiet.

Social media is now awash with evidence of pointless acts by protesters, including hurling Molotov cocktails at metro carriages. There may be agitators among them but that is insufficient an excuse for such behaviour. Rather, many appear to have willingly gone down the socially disconnected and self-destructive route that rioters in England pursued eight years ago.

Back then, it became clear that not all of those rioting came from the marginalised communities. Distinct from the Hong Kong experience, police in England largely stood by in 2011 as often quite well-to-do kids tore through their own high streets and city centres.

Of course, not everyone who engages in violent acts as an expression of some kind of fury are bourgeois fantasists. The Professor in Joseph Conrad’s increasingly relevant 1907 classic, The Secret Agent, is but one archetype of such bourgeois behaviour. But many others act in good faith or with honourable intentions; some out of naivety.

In the current circumstances in Hong Kong, it behoves those who are more politically astute to rein in the destructive tendencies of those who have shown themselves to be ineffectual at building a movement, let alone being able to win the argument for democracy where it matters most – in Hong Kong itself, as well as its surrounding hinterland.

Last month, the leadership of this fledgeling movement delighted in obtaining the apparent support of the US House of Representatives. As I noted at the time on spiked, the reality, the proposed Hong Kong Human Rights and Democracy Act of 2019, which is yet to obtain Senate approval and be signed off by a president embroiled in a significant trade dispute with China, is unlikely to match protesters’ expectations.

The real losers right now are likely to be the two million or so locals who initially supported the protesters’ actions and demands. The ability to mobilise so many was a significant feat for a movement with its origins in petty separatist and anti-nationalist tendencies.

But the earlier stand-offs with police at Hong Kong airport, together with the more recent and increasingly directionless acts of rage, point to a movement unable to build on its initial gains and momentum.

Looking to outsiders for vacuous endorsements was the very opposite of what really needed to be done. The movement should have instead consolidated its arguments and base at home, as well as reaching out to mainland Chinese citizens in Shenzhen, Guangzhou and beyond for solidarity and support. Now, many protesters appear to be acting in a manner designed to force external intervention. But the students will soon discover that virtue signallers and career-oriented politicians in Washington, DC have little interest in championing anti-government riots.

Of course, freedom and democracy have never been gently handed down to people by those in positions of power and authority. The British, the French and even Americans and Chinese all bear the scars of civil wars and revolutions that prove this point. Such struggles are what made each of those nations great in the first place.

Those hoping Beijing would respond to the Hong Kong revolt in a heavy-handed way have been sorely disappointed so far. Beijing’s restraint may be testament to the importance that Hong Kong still has to a regime unable to establish its own currency in world money markets. Or it may be that, now especially, the Communist Party knows it can simply sit and wait as even those who supported the protests in their initial phase grow weary of the latest developments.

Worse, if the protesters hold up their recent questionable acts as an image of what it means to fight for democracy, then Beijing might do likewise. It could cite the destructiveness as proof that democracy is a dangerous road to go down. And at the same time, the heat and energy that formed this phase of protest could fade further and further from view. That is the danger now.