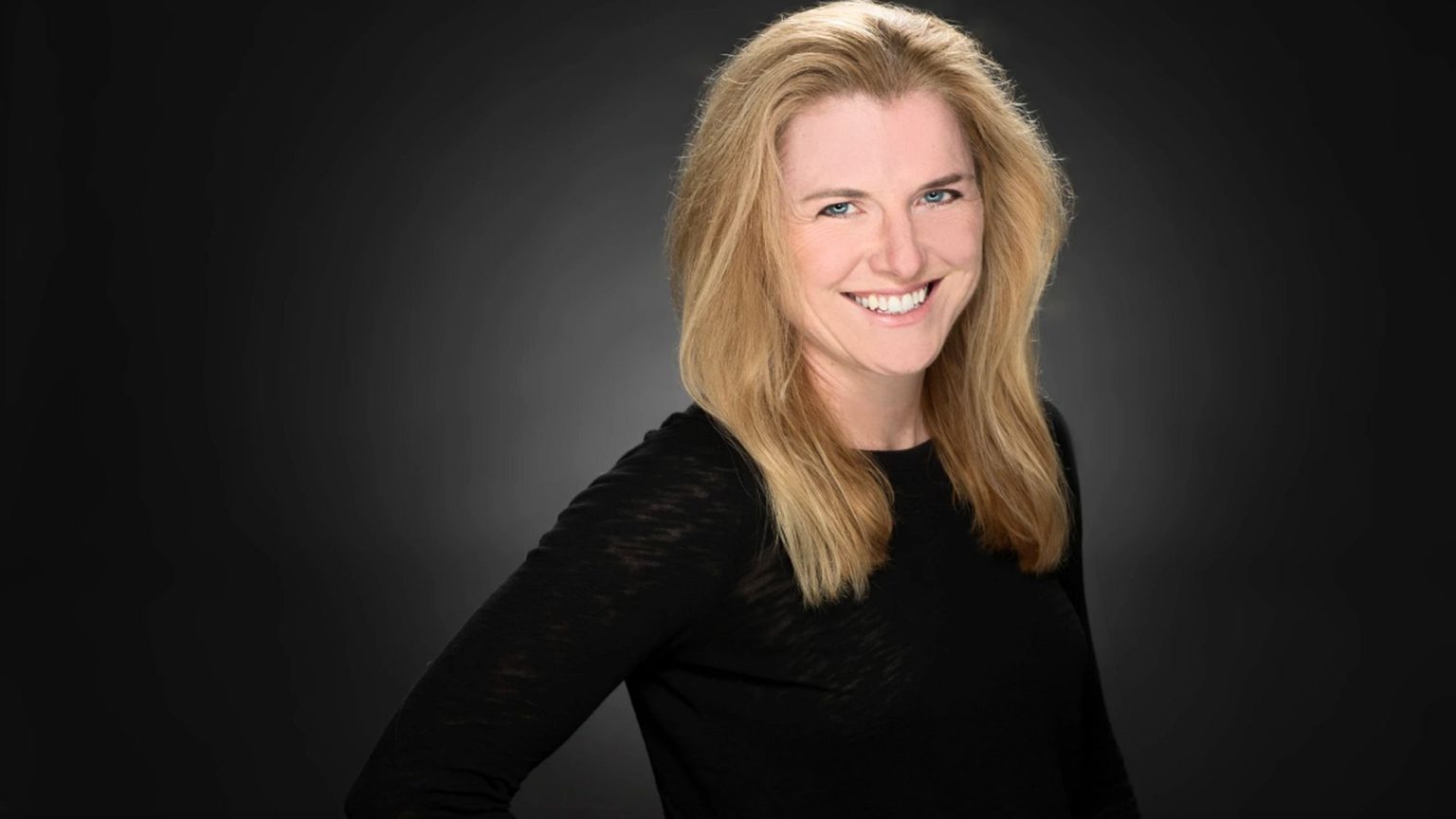 Historian Margaret O’Mara on the surprising origins and complex politics of Big Tech.

Big Tech seems to be loved and loathed in equal measure. Governments across the world are grappling with how to rein in its perceived excesses – from how it uses our data to what we are permitted to say online. The same governments also want a piece of the next tech phenomenon, and for the next tech hub to emerge in their jurisdictions. So what is it about Silicon Valley that has led to its global dominance? Now that the likes of Facebook and Google are playing a central role in our politics, what makes them tick? And how will they weather the emerging backlash to tech? spiked caught up with Margaret O’Mara, the author of The Code: Silicon Valley and the Remaking of America, to find out more.

spiked: We often think of Silicon Valley and the tech boom as the story of programmers in their garages. Is that an accurate picture?

Margaret O’Mara: Yes and no. It’s only part of the story. The garage has been mythologised as the birthplace of tech – so much so that museums about tech in California have mock-ups of garages. Actually, what really made Silicon Valley and turned it from an agricultural valley in California into an electronics hub was the Second World War and the Cold War. US governments were getting into the technology research-and-development business in a very big way, and into the electronics business, too. The computer industry as we know it was developed with the patronage of government entities – often the military. The army, the navy and other branches of the armed services funded laboratories and universities.

In contrast to Europe, a lot of the US state’s money was flowing into these industries indirectly. It was the 1950s, the age of Senator McCarthy and the witch-hunts against communists. The whole purpose of America’s Cold War was to fight the socialist Soviet Union. And so a giant government scheme to build up computing power and electronics was not going to fly politically. Instead, the government spent money via defence contracts and higher education, all in a very decentralised manner.

And this is where the garage comes in. Hewlett-Packard was founded in a garage in 1939, as was Apple in 1976 by Steve Wozniak and Steve Jobs. They were in California, which had also made massive investments in education and in infrastructure – roads, bridges, suburbs that are built out, making it a very easy place to live. There was a great deal of federally funded and private-industry research happening that was all concentrated in this one place.

Wozniak and Jobs are products of the Cold War environment, even though they don’t see themselves as Cold Warriors. Wozniak was the son of an engineer at Lockheed Martin, the aerospace and defence corporation. Lockheed was the biggest employer in the Valley from the 1950s. Jobs’s father got a job as a technician in a laser company. Wozniack and Jobs grew up in this very highly technical environment.

Nevertheless, they didn’t see themselves as particular friends of the government, or as having anything to do with the defence complex. The personal-computer movement that later became an industry had a politics that was very much in opposition to the great military-industrial complex of the 1950s and 1960s. It was driven by young people who reached adulthood during the Vietnam War. They encountered their first computers in the form of these giant mainframes that were controlled by university computer labs. And they asked, why should the establishment have all the computing power? They said we should take this marvellous power, and turn it away from being tools of war to making it tools of personal empowerment. Put a computer on every desk, connect the computers through wires so we can talk to one another, and then all the great injustices in the world will be erased, they thought.

That seems hopelessly idealistic now. But really, it’s that techno-optimism that has driven Silicon Valley for decades. It’s the origin of, say, Facebook wanting to make the world more open and connected.

spiked: Has that optimism faded in the wake of the backlash to tech?

O’Mara: There are a lot of people in the Valley who are questioning what they had once earnestly believed. They really believed that tech was going to make things better. And now that’s being challenged. But then there are others who feel that tech is just misunderstood – and those tend to be the most powerful and wealthy people.

When I started working on The Code five years ago, it was a whole other world: Obama was president and it was all a big love fest between politics and tech. And now, the pendulum has swung so violently in the other direction – maybe not in the Valley, but certainly in Washington, DC and in much of the outside world. People say, ‘Burn it all down. It’s terrible.’

Silicon Valley hadn’t paid much attention to politics until recently. They thought it was irrelevant to business when, of course, now it has become deeply relevant. The regulation of tech is going to be a defining conversation in American politics for the next decade – not just in Washington, but in state capitals too. European laws are already having a material effect on what happens here, because these are global companies.

O’Mara: Silicon Valley’s politics are quite complicated. They are partly a reflection of northern California and Seattle, which are very liberal places. The other thing that is important to these companies is recruitment and retention. There is fierce competition for top-quality employees, many of whom care about LGBT issues. They want to know if a company marches in the Gay Pride parade, what sort of maternity and paternity leave it has, and if it is ‘making the world a better place’.

The amount of employee pushback and anger that we’ve seen in the past couple of years has been unprecedented. I have never seen white-collar workers stand up and complain to this degree. In part, this is because, in most industries, when you don’t like an employer you leave for another company. But the largest companies in tech all having something that might be compromising, that goes against their ‘Don’t Be Evil’ image – which is the old slogan of Google.

Google actually has the most severe problems. In part, because it has really tried to build a whole culture around its ‘Don’t Be Evil’ image. Workers came to Google for that culture. And then they find out that Google is involved in building drones for the military or is paying off sexual harassers, and so on.

The leaders of the tech firms, on the other hand, are trying to tread an apolitical, neutral line, but are doing so very, very clumsily. Their personal politics – for many of them – lean Democrat or lean in a more liberal direction. But when conservatives have chastised them for seeming to be biased against conservatives, they have really jumped a little too high and have overcompensated.
Like all CEOs of global companies, they are trying to make sure that whoever is in power is on their side.

For instance, Donald Trump’s vendetta against Amazon CEO Jeff Bezos is starting to have an effect. Microsoft was recently awarded an incredibly lucrative Pentagon contract when Amazon was the presumed front-runner. We don’t know what the decision tree was – who knows what is going to spill out of the White House. Whether or not there was a connection to Trump in that case, people are starting to think that if you get on the bad side of the White House that could have an impact on your business.

O’Mara: This is the manifestation of some very long-term trends. The public likes to think tech is more different than it actually is. Even the companies that present themselves as iconoclastic and counter-cultural – Apple being Exhibit A – are just like conventional corporations in many ways.

Historian Louis Hyman has argued quite compellingly that the American economy has been veering towards temporary and gig labour for both white-collar and blue-collar work for quite some time. This is part of a bigger story of the restructuring of American capitalism since the 1970s, in which the old models of secure lifetime employment, unionised work and benefits worked very well. The 25 years that followed the Second World War were pretty darn terrific for the United States, in part because all of its major industrial competitors – including Britain – were literally in rubble. When Japan and Germany managed to rebuild themselves, they started eating America’s lunch.

We had this golden moment in which business was doing well and employees were doing well. But when that started falling apart, American employers started figuring out ways to cut costs. By the time we get to today, we have these software platforms that have made it remarkably easy to have an incredibly flexible workforce. This has arrived at a time when many workers’ jobs are already precarious and temporary, which means that taking on extra gigs as an Uber or Lyft driver starts making sense for people. So the software has arrived at a point where the labour market is very well primed for it.