The return of class hatred

Remainers are more and more open about how much they loathe ‘the mob’. 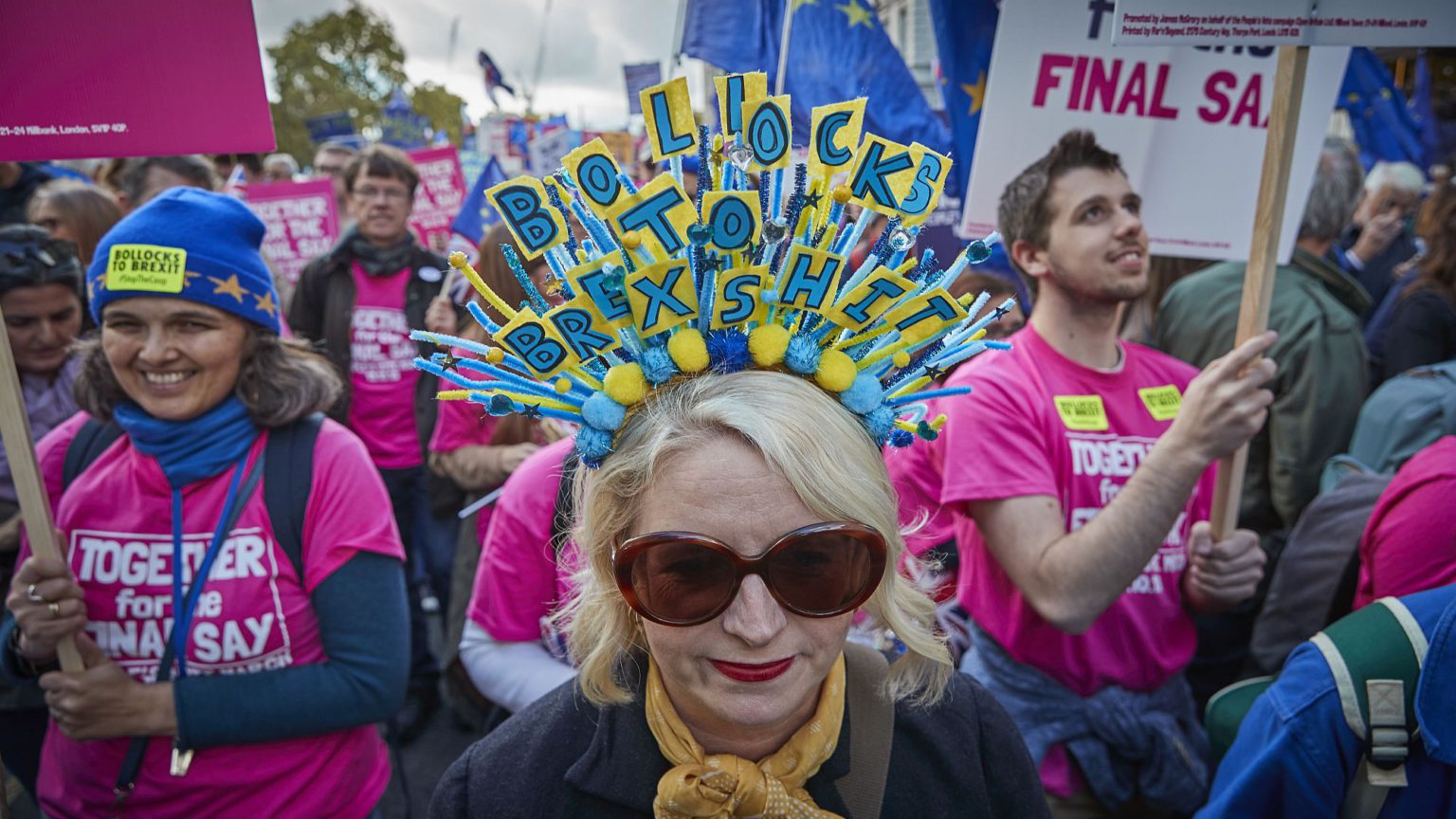 One of the most striking things about the Brexit era has been the explosion in elitism. The euphemisms and nods-and-winks with which the political elite and chattering classes once expressed their contempt for the lower orders have fallen away, and in their wake we have open statements of disdain for the vulgar throng, especially the brutish multitude that voted for Brexit. To see how thoroughly the old English disease of class hatred has been resuscitated, look no further than Matthew Parris’s much-praised Times column on why he is leaving the Tories.

Mr Parris has been Brexitphobic for a long time. And now he has decided to leave the party he has been a member of for 50 years and to vote for the Lib Dems instead. He wrote about this in The Times at the end of last week and his column elicited squeals of delight in Remainer circles. Listening to the effusive praise, you’d be forgiven for thinking he had made his way across Checkpoint Charlie from the deprivations of the GDR into the arms of the free West, when all he’s done is abandon one drab party for another drab party. I mean, these parties were in coalition a few years ago; it’s hardly a daring ideological leap.

But it is worth looking more closely at this column that has won so much favour from Remoaners. Parris’s piece contains the following line: politicians, it says, ‘are not there to lick the boots of the mob’. Brexit is a ‘foolish populist wave’, and Parris is mostly upset with the Tories because they are a ‘cork bobbing on [this] popular wave’. Whatever happened to our ‘healthy suspicion of the crowd’, he laments?

This is what the chattering classes are praising. This vile snobbery. This 19th-century-style fear of the mob, the crowd, and of their foolish beliefs and ideas. This neo-aristocratic desire for an era when politicians were suspicious of the throng rather than sympathetic to it. Simon Nixon, The Times’ chief leader writer, captures well the media-elite love for Parris’s piece when he says it ‘expresses what so many decent people are thinking’. Really? None of the decent people I know thinks like this. None of the decent people I know would use foul neo-Victorian phrases like ‘licking the boots of the mob’ to describe what is in truth a simple act of democracy. In fact, the decent people I know tend to be horrified by this new fashion for reducing voters to a crowd who are best ignored rather than ‘licked’.

In a sense, though, Nixon is right: those sections of society who conceive of themselves as decent, certainly more decent than the oiks who voted for Brexit, do increasingly think like this. And they are now open about it. This weekend, the Observer’s Nick Cohen outdid Parris in the contempt-for-the-mob stakes. He raged against the old and the uneducated and the mess they have made of this country with their ignorant vote for Brexit. Like a poundshop Nietzsche he rails against ‘the willingness of voters to be lied to’. Brexit voters are like ‘children’, he says, ‘easy to lead and to fool’.

Unleashing his inner classist, his inner patrician, Cohen says ‘the divide in Brexit Britain is not based on class but on age and education’. He points out that ‘70 per cent of voters whose educational achievement was only GCSE or lower’ voted for Brexit. Perhaps we should introduce literacy tests, like they had in the racist American South: that should weed out the uneducated undesirables. ‘Some ideas are so stupid that only the uneducated can believe them’, says Cohen. And, of course, one of those ideas is Brexit. He says there’s a reason conmen ‘prey’ on the uneducated and the elderly – because, unlike him and his Oxbridge-educated chums, these people are easy to ‘fleece’.

So many words. I bet these people miss the days before political correctness when one word would have been enough to communicate their feelings about the poor, the uneducated and the old: scum. This classism and ageism is not restricted to out-of-touch columnists, of course. It now infuses many middle-class people’s thinking. The hatred for the old is especially visceral. Last week a poll found that 47 per cent of Brits aged between 16 and 34 believe that old people should be prevented from voting on big issues like Brexit or Scottish independence. There’s a website tracking how many old Brexit voters have died since 2016. Ian McEwan has joked about the death of the elderly idiots who voted Leave. This borderline eugenicist hatred for the elderly is one of the most poisonous sentiments in Brexit Britain.

There is class hatred, too. Attend a People’s Vote march and you will see the well-educated middle classes boasting about how the slogans on their placards are at least spelt correctly. ‘The masses didn’t know what they were voting for’ is the most common refrain of the reactionary Remainer lobby. This loathing for the mob and the crowd, as Parris calls us, has been openly stated over the past three years. Witness the Foreign Policy headline that said, ‘It’s time for the elites to rise up against the ignorant masses’. Or see Labour MP David Lammy mocking the ‘wisdom’ – his scare quotes – ‘of resentment and prejudice reminiscent of 1930s Europe’. Looking upon the masses as latent Nazis is the new, more PC version of calling them white trash. From the left, behold Corbynista Paul Mason venomously attacking the image of ‘the ex-miner sitting in the corner of the pub calling migrants cockroaches’. Never underestimate how much these people despise the working classes.

This fear of the crowd is influencing the General Election, too. MPs say they are scared of campaigning in December, when it will be dark. They fret over the ‘toxic’ language being used by everyday Brexiteers on the internet. (They rarely fret over the toxic language used by their own side, who can mock the old, the uneducated and ‘the mob’ with impunity.) ‘MPs fear that knocking on doors alone is unsafe in “toxic atmosphere”’, said an Evening Standard headline. This cuts to the heart of what the debate on ‘toxic’ politics is really about – they view the people themselves, ordinary voters, as ‘toxic’, as an unpredictable mob liable to insult and attack ‘decent’ politicians and Remainers.

A shift has occurred in Britain over the past three years. What had become unsayable is sayable once again. The elite’s fear and loathing of the crowd never really went away, but now it is stated openly in a way that it hasn’t been since the early 20th century. These people have been so stung and disorientated by the vote for Brexit that they have lost all sense of moral and linguistic restraint and now say in public what they would once have only said in private: that the uneducated masses and the unenlightened elderly are corrupting society with their idiocy and their brutishness. We should be grateful for this honestly stated hatred. It clarifies what is at stake in Brexit Britain. It shows what many of the MPs standing for re-election really think of us. It provides us with useful information as we exercise our right to vote next month. They hate you and they distrust you – remember that at the ballot box.