How the Irish border derailed Brexit

This was always about so much more than trade. 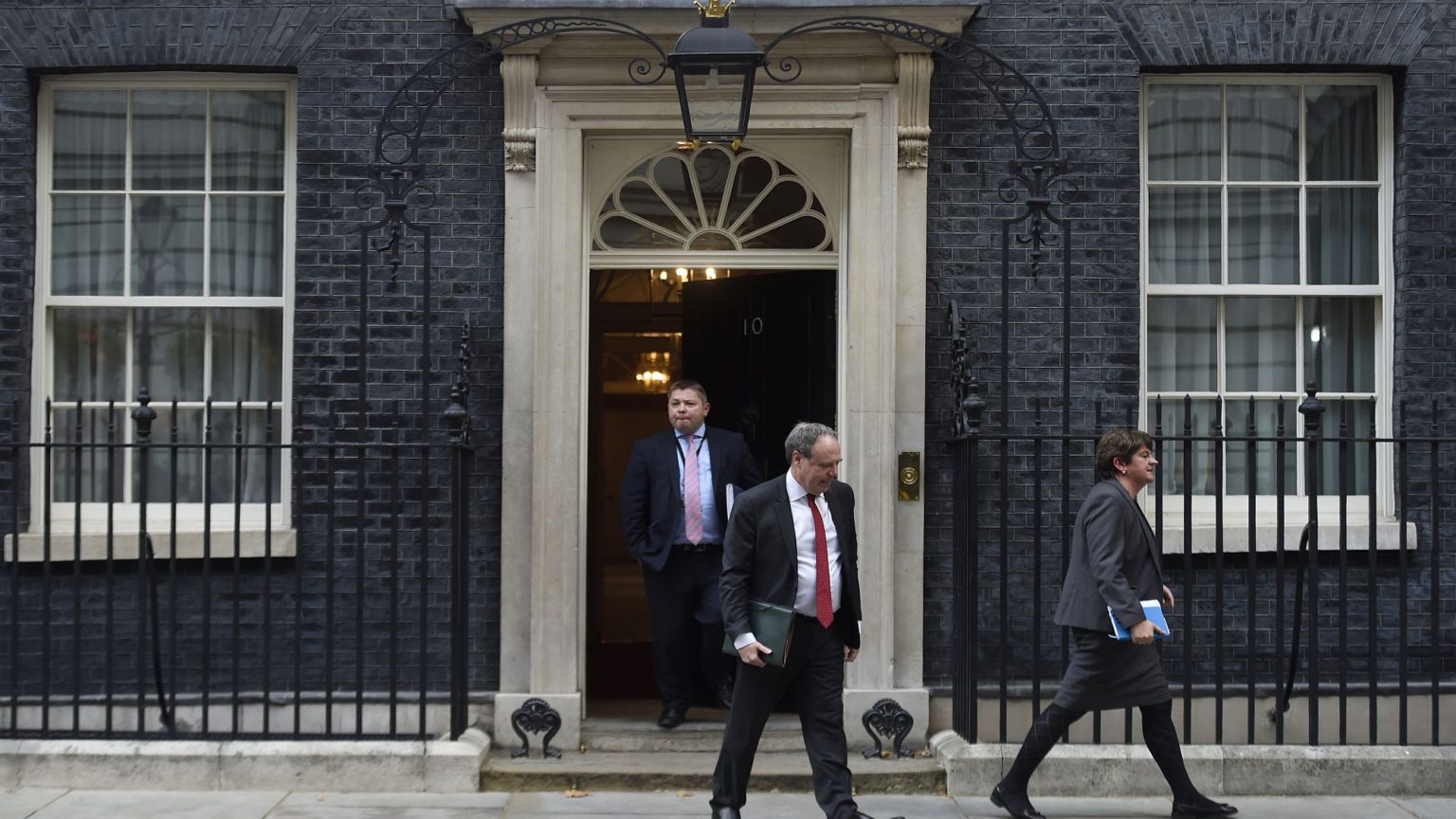 The decision by MPs on Saturday to vote for the Letwin amendment, in effect delaying the vote on Boris Johnson’s deal, doesn’t only put the brakes on Brexit. It also gives Northern Ireland’s Democratic Unionist Party (DUP) some breathing space to take stock of its altered political fortunes.

The DUP played a pivotal role in keeping Theresa May’s minority government afloat. But now this party, whose founding principle is to defend the union between Northern Ireland and Great Britain, has come under pressure from its supposed Tory allies to sign up to an international customs border that would introduce checks on goods moving between Belfast and Liverpool, Larne and Stranraer.

So far, the DUP has refused to help Johnson deliver his ‘great new deal that takes back control’, even though doing so would avoid a No Deal Brexit and potentially mean a new financial package for Northern Ireland.

The trouble all stems from the issue of the Irish backstop, which has emerged as a recurring nightmare for UK politicians and civil servants trying to negotiate a Brexit withdrawal agreement.

Under Theresa May’s (once, twice, three times a loser) agreement, the UK and EU agreed a transition period to negotiate future political and trade relationships, during which time the UK would remain subject to EU rules and trade would remain frictionless. So far, so reasonable.

But the so-called Northern Irish backstop was also proposed in 2017 as an insurance policy, ensuring no physical customs infrastructure on the border between Northern Ireland (part of the UK) and the Republic of Ireland (EU member state). In the event of the EU and UK failing to agree a trade deal, Northern Ireland would be held inside the EU customs territory.

Unlike the transition arrangements, however, the backstop was not time-limited, and would continue until the EU was satisfied that any new customs regime was acceptable. The primary rule was that no physical customs infrastructure could be built on or near the border.

Boris Johnson’s ‘deal’ envisages a variation on the original Northern Ireland-only backstop. Northern Ireland will remain nominally in the UK’s customs territory but goods moving between the two will be subject to checks. This move breathed new life into May’s hand-me-down Withdrawal Agreement, but it also presented the DUP with an impossible dilemma.

While the DUP backed Leave in the 2016 referendum, it has consistently argued against a ‘hard border’ with the Irish republic. It was even prepared to accept that Northern Ireland would stay in line with key Single Market rules to avoid the need for regulatory checks on the island of Ireland.

But the deal cooked up between Boris Johnson and Irish Taoiseach Leo Varadkar – which would in effect draw an international customs border through the United Kingdom – represented a compromise too far for a party that had historically defended the Union under the banner of ‘no surrender’.

This betrayal of the DUP by the Conservative and Unionist Party reflects an abject abandonment of principle. You don’t need to be a supporter of the DUP to see that.

But the DUP does not have to look far for a new set of unprincipled allies. After two years of heaping opprobrium on the Tory’s confidence-and-supply deal with the DUP, Labour has already signalled its willingness to engage with the party in the hopes of further tying the hands of the Johnson government.

This fuelled a zero-sum diplomatic game, with all sides seeking to outmanoeuvre one another to advance or derail the Brexit process. Unhappily, the game of beggar-my-neighbour has also played a decisive role in dashing Leavers’ hopes of negotiating a trade deal as the basis of a clean and relatively amicable exit from the EU.

The problem, however, was never about tracking consignments of beef or enforcing trading standards, or for that matter questions of UK or Irish sovereignty. The issue at stake was how to manage an ancient quarrel between two ethnic and religious identities inhabiting a single island territory.

Following a visit to Belfast, the European Parliament’s Brexit lead, Guy Verhofstadt, said he was shocked by the physical barriers that divide Unionist and nationalist communities there. He rightly observed that this showed the ‘frozen’ nature of the conflict in Northern Ireland.

But this raises the question of why, almost a quarter of a century after the IRA ceasefires, so many lives in Northern Ireland are still trapped and shaped by conflict.

Politicians like to boast that the Good Friday Agreement dealt with the causes of the conflict by resolving the issue of identity. In most respects, the reverse is true. The effect of instituting mandatory power-sharing between two mutually exclusive, polarised groups – Unionist and nationalist – has been to reproduce the old battle lines within the politics and political culture of a region that is crying out for change.

By placing identity centre stage, the post-agreement settlement has handed power to those parties who claim to express the truest, purest form of identity.

It has also given permanent political shape to an understanding of the conflict as a dispute between two implacably opposed ethno-religious tribes. It is a view that has conveniently allowed successive British governments, and their Irish and Northern Irish political partners, to ignore their responsibilities for the causes and continuation of political violence.

Britain’s determination to abnegate its responsibility for the conflict is particularly well served by the Good Friday Agreement, the ‘genius’ of which has been to resolve the border question by creating ‘a political space that is claimed by nobody’. Far from opening up shared space, the agreement has created a political no-man’s land and normalised a culture of brutal violence and sectarianism, allowing politicians to perform the role of honest brokers.

Far too much of the history of British rule in Ireland has been dominated by coercion, discrimination and injustice. More than anything else, Britain’s denial of Irish self-determination exacted the heaviest price on ordinary people on both sides of a border imposed almost 100 years ago against the will of the majority.

Irish nationalists may see a poetic justice in the dashing of British hopes for democratic renewal on Ireland’s troubled borderlands. But as a long-time supporter of Irish self-determination, who voted for Britain to leave the EU, let me explain my dismay with this view.

The Brexit referendum was about how politics is done. Should politicians legislate in seclusion, with fellow heads of government and their civil servants, remote from the difficult and messy demands of domestic electorates? Or should legislative business be conducted through open debate, with and by political representatives who are directly accountable to those domestic electorates?

These questions deserve attention and political deliberation not just in Britain, but in Ireland and Northern Ireland as well.

But having drowned out all meaningful deliberations, the sorry saga of the Irish backstop confirms that the tattered remnants of British rule in Ireland continue to represent one of the biggest obstacles to reinvigorating representative democracy in Britain and fostering good relations between all the people who share these islands.

Is there still time for us all to start talking about why democracy matters?