The media-effects myth is back with a vengeance

There is simply no evidence that language or art sparks violence. 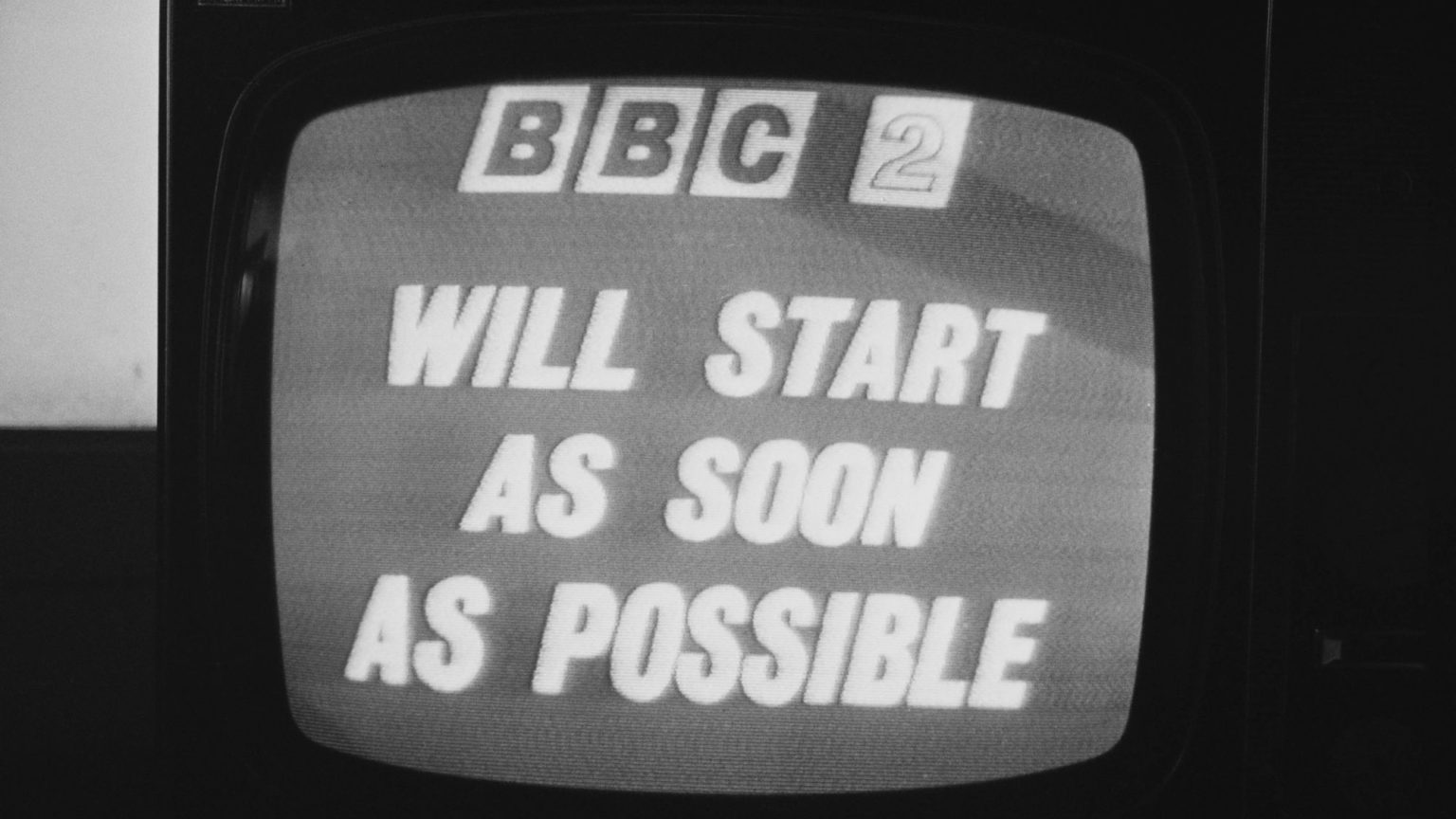 The principle of free speech has taken a battering in recent months. Whether it be politicians using robust rhetoric in parliament, comedians making offensive jokes, internet trolls posting memes on social-media platforms, or filmmakers choosing to depict acts of violence, it would seem that the supposed connection between unfettered speech and violent crime is now taken by many to be axiomatic.

In a recent article for the New York Times, entitled ‘Free Speech Is Killing Us’, Andrew Marantz asserts that ‘noxious language online is causing real-world violence’. He goes on to claim that ‘this fact implies a question so uncomfortable that many of us go to great lengths to avoid asking it. Namely, what should we — the government, private companies or individual citizens — be doing about it?’. Needless to say, the ‘fact’ upon which the premise of this article rests is nothing of the kind. Like many who oppose absolute free speech, Marantz occupies a faith-based position and mistakes his own arguments for proof.

As Robby Soave has pointed out in a piece for Reason, rates of violent crime in the US have continually fallen since the 1990s, even though during that same period the Supreme Court has been increasingly insistent on upholding protections guaranteed by the First Amendment. And in spite of the growing threat of white nationalism, domestic terrorism represents only a tiny proportion of violent crime statistics. If it were true that free speech leads to violence, we would expect to see this reflected in the numbers.

Demands for censorship of art and comedy follow a similar presumption of cause and effect. In June, Brexit Party leader Nigel Farage claimed that comedian Jo Brand’s joke about throwing battery acid was an ‘incitement of violence’ and called for police action. In August, a critic for IndieWire described the film Joker as ‘a toxic rallying cry for self-pitying incels’ whose director, Todd Phillips, ‘lacks the discipline or nuance to responsibly handle such hazardous material’. At the heart of this criticism lies a decidedly pessimistic view of humanity that sees the general public as a dangerously suggestible throng.

Yet six decades of research into ‘media effects’ theories has provided no evidence of a correlation between public behaviour and mass-media consumption, with the ‘direct-effects model’ being comprehensively discredited. This is not to suggest that human beings are not susceptible to propaganda or persuasion, or indeed that the media and the arts do not have a significant impact on culture. But the idea of a passive public acting mechanically on cues from politicians, comedians and filmmakers appears to have little basis in reality.

We have been here many times before. The same argument was advanced by Mary Whitehouse for her ‘Clean Up TV’ campaign in the mid-1960s. It was the rationale behind the seizure of so-called ‘video nasties’ in the early 1980s which, according to the England and Wales director of public prosecutions at the time, had the capacity ‘to deprave and corrupt, or make morally bad, a significant proportion of the likely audience’. It’s why Danny Boyle’s Trainspotting was accused of glamourising drug use. It explains the near-hysterical campaigning of the Daily Mail and the Evening Standard to have David Cronenberg’s film Crash banned in the UK, on the grounds that it was ‘beyond the bounds of depravity’ and ‘likely to incite car crashes’.

This belief in a direct causal link between forms of expression and violent crime should be interrogated, not least because it is already informing the censorial policies of social-media tech giants and, closer to home, the UK government’s justifications for hate-speech legislation and various politicians’ pleas for the moderation of language in the media and in parliament. When Labour MP Paula Sheriff invoked the memory of the murdered MP Jo Cox in order to criticise Boris Johnson’s description of the Benn Act as a ‘Surrender Act’, she was echoing Marantz’s view that ‘ideas can slide so precipitously into terror’. In the same debate, her colleague Jess Phillips revealed that she had received a death threat in which the prime minister’s words had been quoted. But this is no proof of causality; it is merely proof that the individual who wrote the letter is capable of quotation.

Those who espouse this cause-and-effect theory should be expected to offer some evidence for it, but instead we see their beliefs widely and uncritically accepted. Stella Creasy MP, for instance, has claimed that Johnson’s language ‘normalises extremism’. During an appearance on the BBC’s Politics Live she argued that ‘you don’t protect free speech by allowing people to abuse it’. Anti-Brexit activist Femi Oluwole has taken a step further, accusing Tory MP Iain Duncan Smith of directly inciting violence through his reference to those ‘extremists’ who seek to overturn the result of the EU referendum. ‘When the next political murder happens in this country because you’ve dog-whistled that Remainers are a security threat’, Oluwole tweeted, ‘I hope you’re happy’.

This is sinister stuff. Politicians, activists and commentators are routinely asserting this article of faith as though it is a self-evident truth. The risk here is that many will feel that expressing themselves honestly is simply not worth the backlash. To view as ‘extremist’ the ongoing attempts of MPs to thwart the wishes of the electorate strikes me as a perfectly reasonable position given that we are meant to be living in a democracy. But even if one disagrees, the suggestion that to voice this opinion will lead to political murder is a leap of stratospheric proportions.

Worse still, such claims are often made in order to justify calls for censorship. This week Andy Beckett’s feature in the Guardian directly advocated the policy of No Platforming on the spurious grounds that mainstream rhetoric is fuelling the far right. He sees a continuum between Oswald Mosley’s fascist movement and present-day conservatism, even citing Priti Patel’s speech at the Tory party conference as adopting ‘the boot-boy phrases and demagoguery of the far right’. Through this kind of tenuous reasoning Beckett effectively suggests that the far right, still very much a marginal force in this country, has gone mainstream. In doing so, he is not only inadvertently acting in the interests of the worst elements of our society — he is also promoting a narrative that sees free speech, a fundamental principle of any civilised society, as an inherently risky proposition.

In spite of the temptation to resort to easy formulas to make sense of horrific acts of violence, it is neither desirable nor possible to exist in a society in which the potential to influence is regarded as a crime in and of itself. There is literally no act that is undertaken in isolation from cultural factors, and any attempt to connect the dots from crime to catalyst is bound to end in a miasma of speculation. In the wake of the terrorist atrocity in New Zealand in March, angry students accosted Chelsea Clinton, claiming that the massacre had been ‘stoked by people like you’. Similarly, Labour activist Owen Jones was quick to point out that the killer had recently shared an article from the Daily Express on social media, implying that the publication was somehow partly responsible for his actions. Although these could be well-meaning attempts to explain the inexplicable, they are ultimately no less tendentious than blaming JD Salinger for the death of John Lennon on the grounds that the murderer cited The Catcher in the Rye as his manifesto. This kind of reasoning gets us nowhere.

Those who advocate restrictions on free speech will need to do a lot better than these unproven theories of cause and effect. Theirs is a utopian instinct; if only we could control the way in which people speak, the idea goes, we could eliminate all that is toxic in society. But human nature is a messy business, and not one that is best managed by algorithms. If there is any merit to the proposition that anti-social behaviour can be generated by military metaphors in parliament, off-colour jokes in comedy clubs, or violent imagery in the arts, then we should expect to see hard evidence. Until then, we need to be vigilant against those who would appeal to faith and conjecture as grounds for limiting our fundamental right to free expression.