A brave protest movement is emerging to challenge the brutal rule of President Sisi. 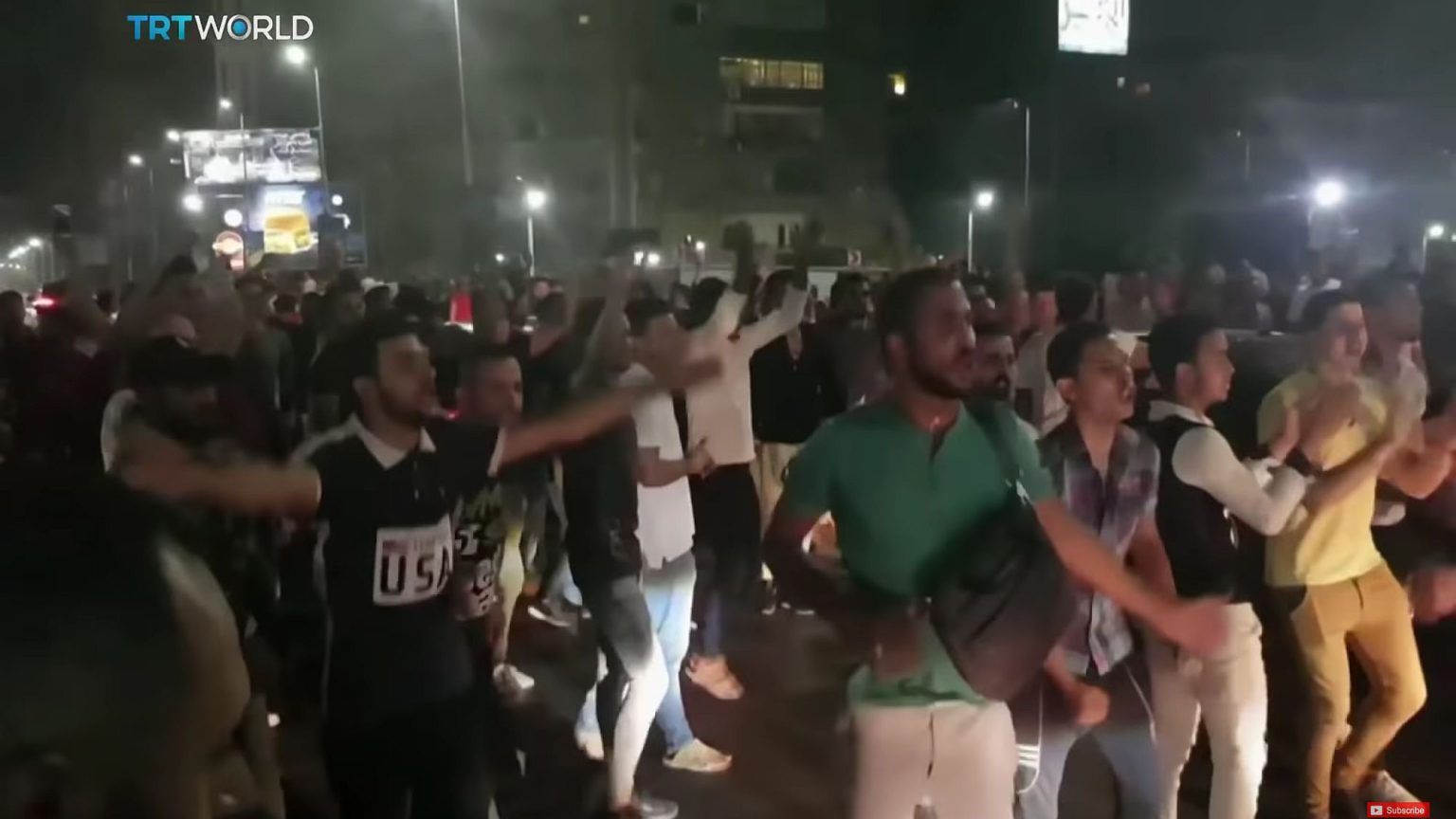 ‘The people want the fall of the regime.’ It was a chant that was heard during the key phase of the Arab Spring eight years ago, when thousands of Egyptians flooded into Tahrir Square in Cairo to protest against the harsh, dictatorial rule of General Hosni Mubarak.

Few thought it would be heard again.

In July 2013, Egypt’s first democratically elected leader, the Muslim Brotherhood’s Mohamed Morsi, was deposed in a coup d’etat led by General Abdel el-Sisi, while Western politicians, activists and pundits, who didn’t like the Islamist cut of Morsi’s jib, cheered Sisi on. A month later, the Egyptian security forces mopped up what was left of open resistance to the coup, massacring between 900 and 1,000 Morsi supporters in Rab’a al-Adawiya square. It was a brutal act of repression that was to set the despotic tone for Sisi’s rule, first as a military leader, and then, following his election victory-cum-coronation in 2014, under the guise of president.

Egypt today is less free than it was under the military dictatorship of Mubarak. Dissent is ruthlessly crushed, meaningful political opposition banned, and the media, off and online, controlled.

The repressive state apparatus of Mubarak has, if anything, been invigorated under Sisi. Mubarak’s hated security services, revamped and rebranded as the National Security Agency in 2013, continue to act with brutal arbitrariness, torturing confessions out of perceived threats to the state, and disappearing others. What legal protections there have been for those caught in the security services’ net have been ridden over by the reinstatement of the infamous Emergency State Security Courts, which can pass sentences with no chance of appeal. By 2016, Human Rights Watch estimated that approximately 60,000 political opponents had been arrested or charged since 2013. Others had simply been disappeared, to use the preferred euphemism.

This year, Sisi has gone further and carved his rule in stone. In February, Egypt’s parliament – created in 2016 and stuffed full of Sisi appointees and sycophants – passed legislation which effectively extended Sisi’s autocratic rule until 2034. There will still be elections, of course, but Sisi will struggle to lose given he has outlawed his main opponents.

It looked, then, as if Sisi’s military dictatorship had well and truly consigned the Arab Spring to the distant past. What dissent and opposition there still was had either been jailed or erased. Those thinking of challenging Sisi had surely been autotuned, through repression, to conform.

But that does not appear to the case. Because that chant – ‘The people want the fall of the regime’ – was to be heard again last Friday, as protesters rallied in Cairo, Alexandria and several other cities. The protests were nowhere near as large as they were eight years ago. But the very fact they are happening at all is highly significant, given the apparatus of state repression now marshalled against the people. It seems that even Sisi himself was surprised, as well he might have been, given he had outlawed all unauthorised demonstrations.

On Saturday, when thousands of protesters once more came out on to the streets, the security forces were prepared. As one protester in Suez told AFP, around 200 people headed to the central area of Suez, only to be greeted by security forces firing tear gas and both rubber and live bullets. By Sunday, it was reported by the Egyptian Centre for Economic and Social Rights that arrests had reached 516.

Much of the media focus has been on the putative instigator of the protests, Mohamed Ali. Described as a former military contractor living in self-imposed exile in Spain, Ali has been releasing videos over the past few weeks detailing the alleged corruption of Sisi and his family. When he called for protests last Friday, it seems many answered.

Sisi has himself attempted to refute Ali’s allegations, and his supporters have let it be known they think the Muslim Brotherhood is behind Ali. Others speculate that it could be anti-Sisi factions of the military.

But that is to focus too much on Ali. He may have issued a rallying cry, but for it to have rallied anyone, especially under a regime as repressive as Sisi’s, it needed to touch a vital public nerve. Which is precisely what it did. It played on the multifaceted failure of Sisi’s autocratic regime, its failure to provide any economic growth or to alleviate Egypt’s crushing poverty; its failure to realise anything in the way of democratic reform; and, ironically, its failure to repress not just the Arab Spring itself, but the impulses and political longing it unleashed. That is still there.

Not that Sisi is likely to be going anywhere anytime soon. This very public challenge to his authority is likely to provoke a severe response, with his regime coming down hard on the protesters and their families. What’s more, Sisi will be doing so with the backing of regional allies such as Saudi Arabia, and Western powers, from the US to the EU.

US president Donald Trump has already dismissed the protests, and called Sisi ‘a great leader’, while the EU has been busy cultivating a close relationship with Sisi, dispensing aid and offering free-trade enticements in return for the Egyptian state using some of its monopoly on violence to hold and detain would-be migrants to Europe. As Dimitris Avramopoulos, the then EU commissioner for migration, home affairs and citizenship, put it after a meeting with Sisi this summer, ‘Egypt plays a main role in establishing stability in the region’. And Western states like nothing more than ‘stability’, especially when it protects their interests, which, in the case of the EU, means its precious borders.

So Egypt’s incipient protest movement is up against a considerable opponent. It faces not just the brutal state apparatus of Sisi, but also those regional and global powers who have a vested interest in propping it up. But, as the Arab Spring itself showed, even if only momentarily, the people are never impotent.