Hong Kong: the police vs the people

The police’s thuggish behaviour is undermining the legitimacy of the state itself. 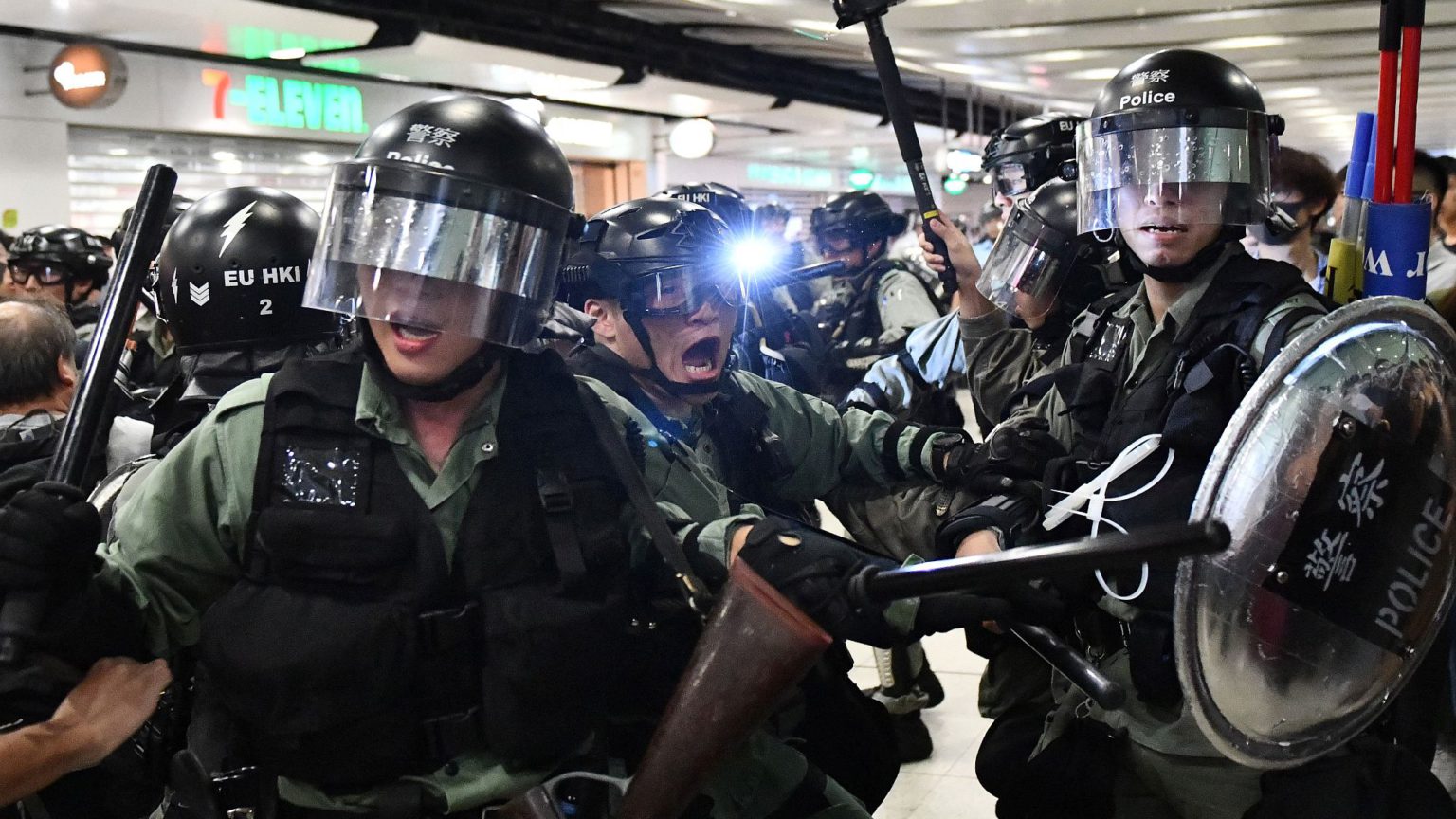 Hongkongers have been a model of forbearance in the face of intense provocation from the police and their Triad gangster friends – but patience is thinning. Moreover, the consequences of police aggression are likely to go far beyond Hongkonkers’ loss of confidence in the local force.

Regular readers of spiked might be surprised to hear of a population that actually likes its police force. The Hong Kong force was once widely admired. After an anti-corruption campaign in the 1970s, they were seen as clean and helpful, certainly in comparison to other forces in Asia. Respect for the police declined after the clampdown on the pro-democracy Umbrella Movement in 2014, but now it has gone almost entirely. A Hongkonger tells me she believes it will take the police over 20 years to regain the public’s trust. I doubt that there can ever be a return to the past now.

If, as one famous definition has it, the state claims a monopoly on the legitimate use of violence within a given territory, then the Hong Kong protesters have weakened the state’s claim by exposing its monopoly on violence as illegitimate. As the UK-based political scientist Andreas Fulda tells me, the police have now become a symbol of state oppression and are being attacked just as the police were in Cairo during the Arab Spring. Furthermore, according to Fulda, all the anger and hate directed at the police is undermining the authority of the state itself.

What is most shocking about the behaviour of the Hong Kong police behaviour is how little they care about being photographed and videoed. While individual officers hide their identification numbers, they are often happy to practice their brutality inches away from the nearest camera lens. That’s not to say that the thugs have not turned on the media as well – they have, using whatever comes easiest to hand, from tear gas to pepper spray.

In the three months since the protests started, the police have fired over 3,100 tear-gas rounds, and around 900 projectiles, such as rubber bullets, and beanbag and sponge rounds. The use of live rounds may not be far off.

The total number of casualties among protesters is not clear, but injuries include permanent damage to eyes and broken bones. Just as with the gilets jaunes in France, the police have acted indiscriminately, beating the young and the elderly, men and women. Arrested protesters have been taken to an isolated detention centre. Next stop: hospital.

According to Amnesty International:

‘Interviews of arrested persons and lawyers by Amnesty International show that police violence most commonly occurred before and during arrest. In several cases, detained protesters have also been severely beaten in custody and suffered other ill-treatment amounting to torture. In multiple instances, the abuse appears to have been meted out as “punishment” for talking back or appearing uncooperative.’

The police have arrested over 1,500 protesters but charged just over 10 per cent so far. Those arrested include children, including one on a charge of theft because he was carrying three Octopus (stored value) cards. In another case, teenagers were removed from their families by court order.

Police tactics have included dressing up as protesters in attempts to incite violence, to the point where many photographs of protesters using violence are questioned as fake news. Hong Kong was put to another provocation this weekend when Junius Ho, a local politician and friend of Beijing, organised a so-called clean-up of Lennon walls, the many sites where, since the Umbrella movement, messages of pro-democracy support are posted. He and his supporters were bussed around Hong Kong by the police, but the provocative tactic failed. Protesters mostly ignored Ho’s supporters and simply re-posted messages on the walls after they had left.

But the protesters haven’t always been so restrained. While some have thrown molotov cocktails, more have taken to vandalising underground stations. According to a survey by the City University of Hong Kong, the protesters’ sometimes violent tactics are causing some internal dissent in the leaderless movement:

‘Half of the respondents in the June protests believed that peaceful, rational and non-violent protest was no longer useful. On the other hand, more and more participants considered radical protests to be more effective in making the government heed public opinion. The majority of participants also agreed that radical tactics could alienate the general public. This finding shows that the participants were still concerned about the attitude of the general public towards the movement.’

Protesters needn’t have worried. The survey also found that just under half of Hongkongers now have zero trust in the police. The poll also found that 75.7 per cent believe the promised withdrawal of the extradition bill that sparked the protest movement will not actually happen. Some 70.8 per cent believe establishing a Commission of Inquiry into police behaviour is indispensable.

According to Fulda, the trajectory of the protests could lead to a Northern Ireland-style urban struggle against outside rule. He tells me he can envisage the protests developing into something akin to the Arab Spring, when people started burning police stations in Egypt.

It’s hard to disagree. It’s also hard to see the police not becoming more repressive. Because if the Hong Kong government can’t back down, it will inevitably crack down.