A Northern Ireland border poll could expose the democratic illegitimacy of the entire European project. 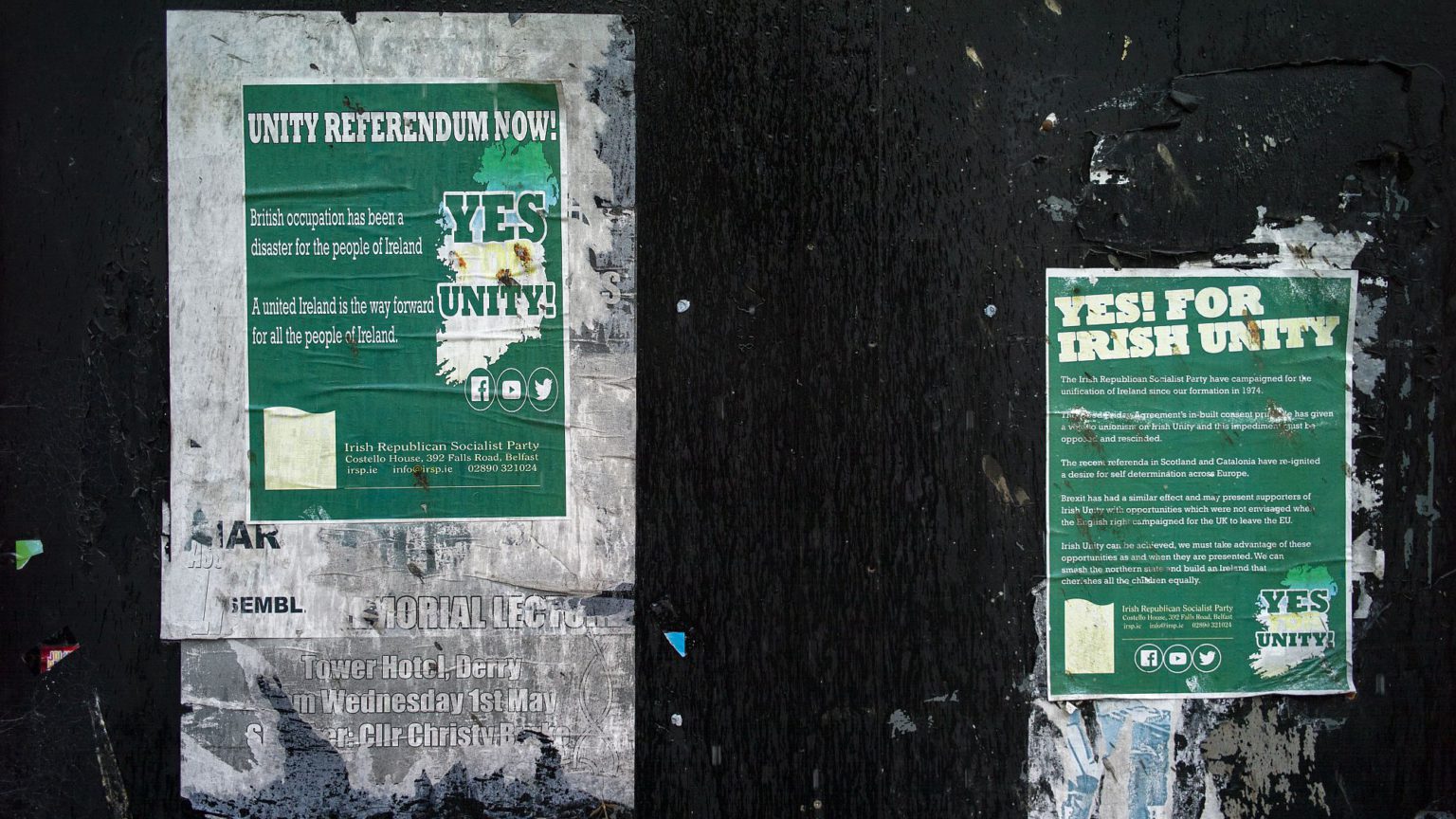 The Eurozone, like the EU itself, defies democracy. Its governance has been rigged to ensure that no economic model other than that determined by the larger, more powerful member states is possible. No Keynesian interventionism. No socialist nationalisation. No model, that is, other than the EU’s preferred ‘neoliberal’ one – an economic approach, that is, for which there is no democratic legitimacy.

This absence of democratic legitimacy is potentially explosive. If a sincere, principled critique of the democratic illegitimacy for the Eurozone project were to become the focus of European politics, it would have the power to destroy the authority of almost the entire European political class. It would also trigger an economic and banking crisis across the continent.

Yet what few seem to realise is that we are far closer to this scenario than many might think. For there is one event that really could expose the democratic illegitimacy of the Euro: a Northern Ireland border poll – a chance, post-Brexit, for Northern Ireland’s electorate to vote on the unification of Ireland.

Why? Because, first, and most obviously, a united Ireland would entail Northern Ireland adopting the Euro. Secondly, Unionists know how politically incendiary this will be, and they will make it central to a campaign against a united Ireland. Unionists’ critique will be uninhibited and unsparing, ranging from drawing attention to the Euro’s detrimental effect on prices, mortgages and wages, to exposing how it has brutalised the Eurozone’s poorer members, such as Greece. Their campaign will drive home both how the Eurozone has worked against European solidarity and, above all, how it lacks all democratic legitimacy.

The question of democratic legitimacy allows Unionists to contrast their commitment to democracy with its potential absence in a united Ireland subject to the economic demands of the Euro. Unionists and other principled democrats can also arrogate to their cause the language of Ireland’s civil-rights movement of 50 years ago – from the ‘gerrymandering’ of Europe’s economic and political system, and its ‘curtailment of civil and political rights’, to EU ‘neo-imperialism’ – to reveal the Eurozone’s truly anti-democratic character.

Is Irish political discourse, dominated by the shallow edicts of self-styled progressives, even capable of summoning up the intellectual rigour to debate honestly the democratic legitimacy of the Euro? Certainly, any talk of pushing for reform of the EU will be scrutinised like never before. And as long as the EU and the Eurozone remain unreformed, the arguments for a united Ireland will be fundamentally compromised.

But it seems unlikely that either Sinn Fein or the Social Democratic and Labour Party (SDLP), the most committed advocates of a united Ireland, will be able or willing to address the anti-democratic nature of the EU. So far they have shown no willingness to deviate from support for the EU, and have dutifully supported the EU’s proposal for a post-Brexit backstop.

This creates a vacancy in Irish politics for a united-Ireland movement committed to the democratic rights of the Irish people. Could an insurgent populist movement that recognises the democratic element in Unionism offer Unionists a unifying vision of a democratic, united Ireland?

Were principled democrats to lay out before the Northern Irish people the democratic fraud of the Euro, and the people then consciously rejected the Euro on democratic grounds – a rejection made infinitely more vivid and compelling by uniting both democratic Unionists and democratic nationalists – then that truly would represent an existential threat to the European Union. It would unleash arguments that struck at the anti-democratic core of the EU. And it could inspire others.

Dare nationalists risk all this? Not just the holding of a border poll and losing it. I also mean the risk that even campaigning for a border poll – the cause of a united Ireland – would put the democratic credentials of united Irelanders under the most fierce of spotlights. Are they democrats at all? It is a question that the self-righteous lifestyle liberals of Ireland, marked out by their self-serving Europeanism, haven’t even begun to consider seriously.

The backstop may well be dead. But the intensifying effect it has had on Northern Irish politics will persist. And it means the question of the EU will define the political realities of the united-Ireland debate long into the future. What an irony it will be if the upshot of Irish collusion with the UK’s Remain establishment in the creation of the backstop, designed to frustrate the British people’s desire for democratic self-governance, ended up destroying for a generation or more any prospect of a united Ireland.

Patrick Mallen is a writer.