Sorry, Sam Smith, but you’re still a ‘he’

How society sees Sam Smith matters more than how he sees himself. 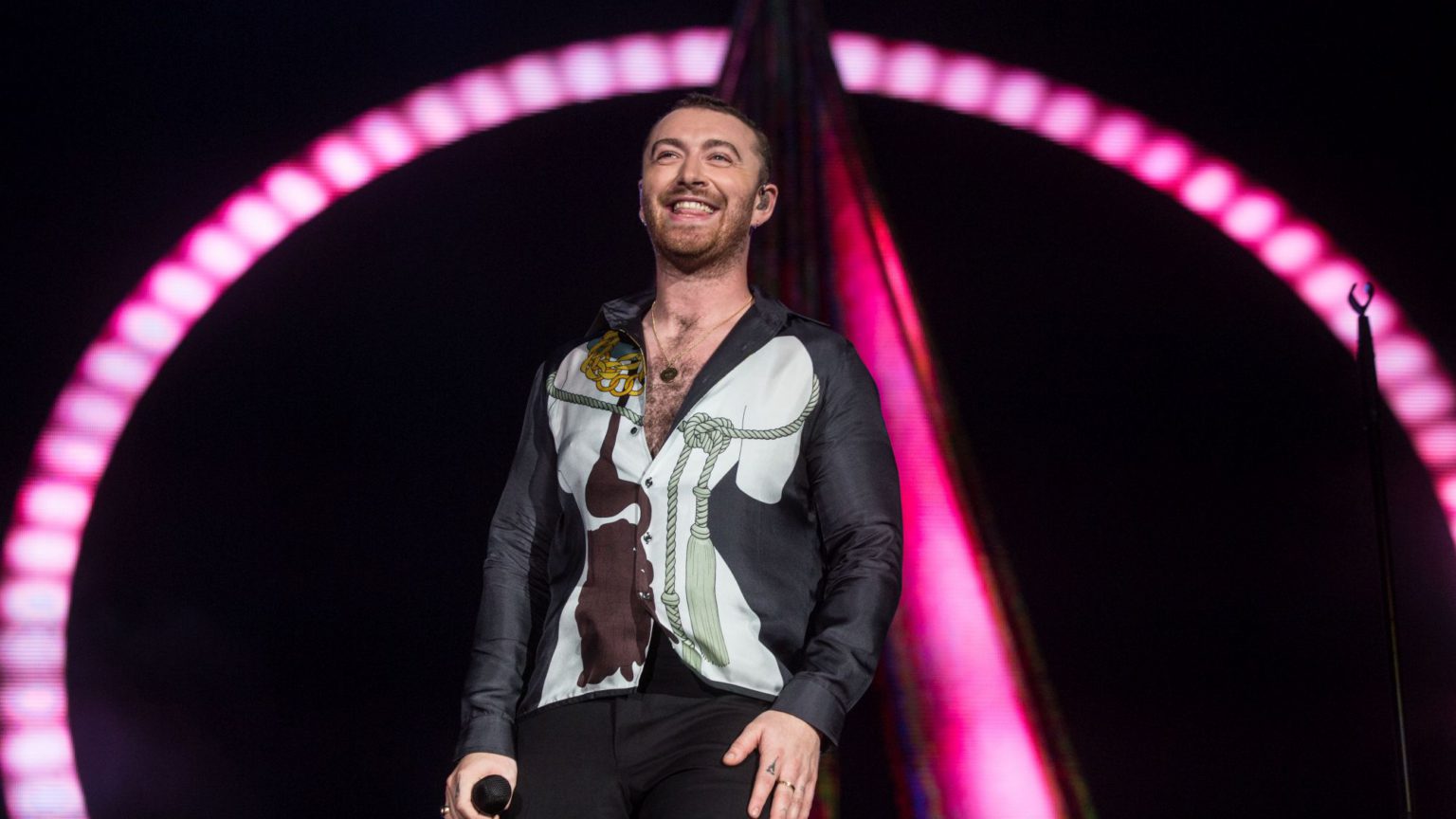 Not content with committing crimes against music, now Sam Smith is committing crimes against grammar. He wants us to refer to him as ‘they’. Bizarrely – or not bizarrely, rather, given we live under a tyranny of wokeness – mainstream media outlets from the BBC to the Guardian instantly kowtowed to Mr Smith’s narcissistic decree. The BBC report contained the following sentence: ‘Smith said they did not feel male or female, but “I flow somewhere in between”.’ What? That makes no sense. ‘They’ in the first clause of the sentence, and ‘I’ in the second? Smith might ‘flow’, but this sentence certainly doesn’t. The BBC hack who wrote it should be packed off back to writing school.

But of course in the 21st-century media, being right-on counts for far more than being able to write. Being woke outweighs being clear or reasoned or just basically rational. And so the Beeb must butcher language to satisfy the self-delusions of a pop singer because it knows that if it doesn’t it will be accused of being phobic. Transphobic, or non-binary-phobic, or Smithphobic, or whatever bullshit phobia the language police have made up to go along with their patently post-reason idea that an individual can flow between the sexes and be both a man and a woman at the same time. Sexual minorities once demanded freedom from oppression – now they demand freedom from reality.

This is the news that Mr Smith, purveyor of beige piano pop, wants to spice up his life by joining the non-binary trend. ‘I’ve decided I am changing my pronouns to THEY / THEM’, he said on Twitter. (By saying ‘he’ I’ve basically committed a hate crime, which only shows how thoroughly the Orwellian idea of ‘hate speech’ is used to demonise everyday views, beliefs and, erm, facts.) ‘[A]fter a lifetime of being at war with my gender I’ve decided to embrace myself for who I am, inside and out…’, said Smith.

I get this. We all strive at times to appear more interesting than we really are. And Smith might have more need than most of such striving, given he is known for producing insomnia-curing ballads and supermarket background music. But where others will don a cravat or take up a hobby to dispel rumours of their dullness, Smith has gone full non-binary and demanded that the rest of us dispense with the rules of grammar and the facts of sex – with both language and biology – and refer to him as ‘they’. Yeah, sorry, that’s a no from us, Sam.

There’s a really important question at the heart of this. At the heart of the entire fad for trans and non-binary living, in fact. Which is this: shouldn’t our perceptions of an individual matter as much as, if not more than, the individual’s perceptions of him or herself? (Or theirself… hmm.) More pointedly, shouldn’t society’s view of an individual count for something in this discussion? In fact, shouldn’t it count for an awful lot?

If Smith wants to go around calling himself ‘they’ and claiming he ‘flows’ between the sexes and insisting he has a ‘vivacious woman’ inside him, that’s fine. Knock yourself out. And if his friends want to indulge his eccentric, post-truth view of himself, that’s fine too. It might strike the rest of us as pretty darn misogynistic for a man to talk about having a ‘vivacious woman’ inside of him, as if womanhood was a mere feeling, a kind of dance move, little more than a mood that even people with penises can feel every now and then. Way to demean womankind! But if Smith and his circle want to play that game, that’s their business. The question is: should the rest of us have to play the game too? The answer seems pretty clear to me: absolutely not.

The bottom line is this: Smith might see himself as non-binary, as neither male nor female, but the rest of us, society itself, sees him as a man. And that matters. We see him as a man because he is a man. He was born male, he went through male puberty, he has a male body, he has a male name, and he has had a male life. The vast majority of people look at him and think, ‘man’. And they aren’t being bigoted. They’re being perfectly reasonable. Far more reasonable, in fact, than the woke non-binary lobby and its cheerleaders in the media elite who think a man can have a vivacious female soul or whatever.

It is testament to the wholly narcissistic and anti-social nature of the modern politics of identity that individuals expect the whole of society, everyone in the world, in fact, to play along with their moral and personal psychodramas. And to follow the script with unyielding obedience. To utter all the right words – trans, cis, they, ze – and never to question any of it. If you fail in this duty, you are a bad person, a bigot, and you must be hounded off university campuses, shamed in the national media, and shunned from polite society. These are the penalties for refusing to play the nodding-dog bit-part allotted to us in someone else’s fantasy.

This extreme narcissism has detrimental social consequences. Consider the case of Freddy McConnell, a journalist with the Guardian who transitioned from female to male. Only McConnell is not male. We know this because she recently gave birth. And if you give birth you are a woman. This is how we – as in society, the collective, the mass of biology-understanding, language-using citizens – understand things. And that understanding cannot be casually discarded. To do so would be to elevate the eccentric needs of infinitesimally small numbers of gender-confused people above the knowledge and understanding of society and its institutions and its history; it would be to prize eccentric individual conceits more highly than the commons and our shared language and beliefs. It is undemocratic and unreasoned. McConnell wants to be publicly, officially registered as her child’s father. No. This cannot be allowed. She can refer to herself as the child’s father if she likes, but she has no right whatsoever to override society’s understanding that people who give birth to children are mothers. Words have meaning; the words mother and father have meaning; they cannot be trashed at the behest of a few identitarians.

We are witnessing the destructive consequences of one of the key elements of the politics of identity: the cult of validation, the need of individuals in our increasingly divided, atomised, racialised and sexualised era to have every facet of their personality and lifestyle validated by the public and by institutions. But nobody has the right to constant validation. You have the right to live as you choose, to refer to yourself by whatever name and pronouns you like, and to pretend to be something you are not. By the same token, society has the right to say: ‘You are not the thing you think you are. You are mistaken. We will not validate your delusions.’

What the woke don’t realise, of course, is that the exercise of this latter right – the right of social dissent from the trans ideology and other identitarian beliefs – is far more progressive than their demand for permanent validation. Why? Because it values collective thinking and knowledge over the narrow, narcissistic demand that everyone change how they think and speak to suit me.