Beijing and its allies are telling lies about the protesters. 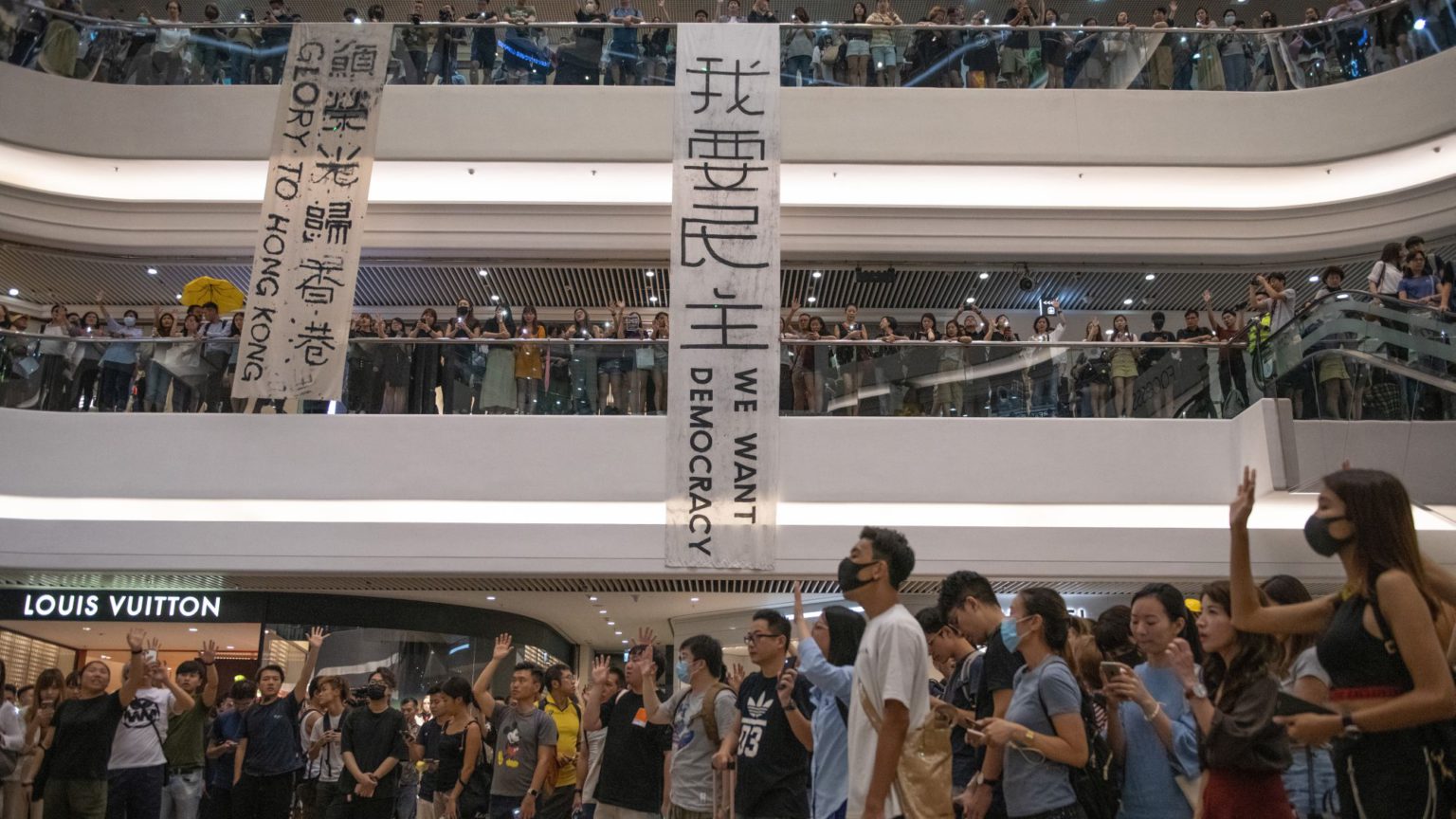 Hong Kong’s protesters are terrorists, paedophiles or prostitutes. They are mindless vandals backed by foreign money, probably funnelled through the CIA. That’s a selection of the more hysterical smears coming from Beijing and its local allies as their frustration at their inability to calm Hong Kong builds.

The state-owned newspaper China Daily carried a frontpage warning that protesters in Hong Kong were planning a 9/11-style terrorist attack. Of course, such an attack is not being planned. In the past few days, protests have been peaceful, at least on the protesters’ side. They have taken the form of flash mobs, nightly singing of a new unofficial national anthem, ‘Glory To Hong Kong’, and the booing of the Chinese national anthem at a Hong Kong vs Iran football match. (Hong Kong 0, Iran 2.)

While the slurs against the democracy movement are straight from the Stalin/Mao book of vilification, it is hard not to draw the conclusion that the authorities still don’t understand what they are facing. They are still planning a debate in the legislative council that would make insulting China’s national anthem a criminal offence. If the authorities went out of their way to choose an issue guaranteed to strengthen the opposition, this would be it. Not only does the law make insulting the anthem an offence – it could make it mandatory to sing the anthem in primary and secondary schools.

Hong Kong’s teachers are doing noticeably little to stop their students organising human chains around and between schools, as an act of defiance in solidarity with the protests. It is difficult to imagine them forcing their charges to sing the Chinese national anthem.

In 2012, the government tried to introduce the Moral and National Education initiative into schools, aimed at creating a more patriotic youth. The government succeeded only in bringing tens of thousands of people on to the streets before the idea was largely scrapped.

It also brought to prominence the Scholarism group, one of the pressure groups that played a role in the Umbrella Movement. The group was co-founded by Joshua Wong, now a leading light in the Demosisto political party and one of the people who comes close to being a leader of the leaderless protest movement.

Meanwhile, the almost appropriately named Fanny Law went on local radio to claim that 14-year-old girls were rewarding protesters with sex, with some of the girls sleeping with up to 50 to 60 men a day. She has managed to slur the protesters as paedophiles and the girls as prostitutes while admitting her so-called evidence is entirely circumstantial and comes from pro-Beijing online chatrooms. She also alleged that some protesters are not genuine – apparently they are actors, and not very good ones.

Law is a member of Hong Kong’s ExCo, or Executive Council, an advisory body of the unelected great and good, appointed to advise the chief executive. So it’s not surprising that she is entirely out of touch with peoples’ aspirations.

Some members of the out-of-touch elite would like to think that the protest movement is made up entirely of students who are just acting out their frustrations. The hope is that they will have their riotous summer of fun and go back to school or university and then life will return to normal. On Thursday, a pro-Beijing flash mob met up in Hong Kong’s swankiest mall, the world’s most expensive retail space, to sing the national anthem. Workers from the office development over the mall came down and tried to drown out their singing with a rendition of ‘Glory to Hong Kong’. These are not students but people working in finance, banking and law. The daily 10pm singing of the protest anthem has been spreading to districts across Hong Kong, and across most social classes.

The kernel of truth in the Beijing accusations is that there have been acts of destruction of property, in particular of the now-hated MTR Corporation. The protester photographed destroying a Braille map of the subway system is unlikely to have won himself many friends. But it is no coincidence that the MTR has been targeted, with an arson attack and the smashing of ticket machines. After all, the MTR has shut down services that might have carried people to demonstrations. It has also been the scene of some of the worst police brutality, and MTR has been selective in its release of CCTV footage – it has held back footage that might implicate the police in the violence.

And yes, there have been appeals to foreign powers. Opposition politicians have been to Washington to court cross-party support. Joshua Wong has been to Taiwan and has also met with the German foreign minister. It is not inconceivable that Hong Kong is being used as a pawn as part of the trade tensions between China and the US.

However, the idea that Hong Kong people are protesting because they are easily manipulated pawns is as insulting as Fanny Law’s comments about the protesters and their supposed teenage comfort women. These protesters want real change and freedom.