The PM is on track to commit the greatest betrayal of all. 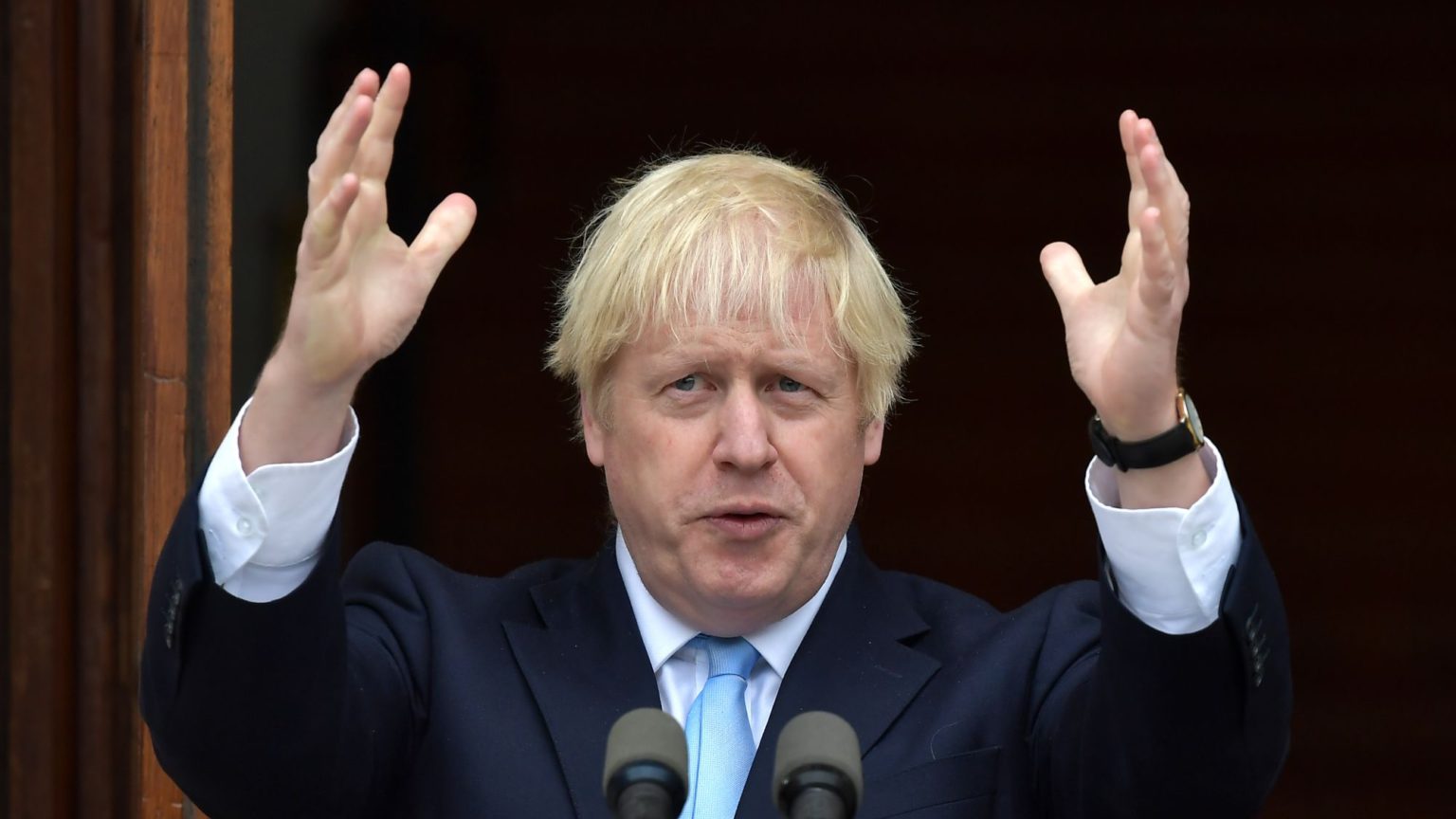 Boris Johnson has become a hero to many Leave supporters as he presents himself as battling against a parliament dominated by MPs who never really wanted to accept the outcome of the referendum. Even the Brexit Party leader, Nigel Farage, has heaped praise on the prime minister for expelling the 21 Tory MPs who voted to take control of the order paper. Banging the dispatch box, the prime minister bellowed as he declared that he will never accept an extension; he could almost be Gary Oldman, in Darkest Hour, were it not for the messy hair and unfortunate and overtly obvious attempt at a poor Churchillian imitation.

While Brexiteers are cheering Mr Johnson, we cannot allow fact to be erased. It is a matter of public record that the prime minister has had a less than noble record since the referendum. Mr Johnson was the foreign secretary when the shabby Withdrawal Agreement was initiated between the British government and the European Commission. He participated in the negotiations that resulted in the document itself. He did resign in opposition to the treaty, but when push came to shove he voted for the Withdrawal Agreement in its last appearance in the House of Commons. This demonstrates that, ultimately, he is prepared to compromise, despite all his rhetoric and bluster, and kowtow to Brussels.

We should always beware a wolf in sheep’s clothing, as the old parable states. It should be noted, that prior to becoming a prominent Leave campaigner, the prime minister had to write two articles to help him decide whether or not he was indeed a Brexiteer! His whole political life has been one of self-advancement over principle. The only reason Mr Johnson is now prepared to support leaving without a deal is to hold off the real and deadly threat from the Brexit Party. But he was prepared to support Theresa May’s halfway-house Brexit, which would have rendered this country a vassal state. This position would have been totally unacceptable to our history and to the proud people of this country.

Since becoming prime minister, the usual Boris bluster has been ever prevalent. While he has regularly stated that he and his government are quite prepared to walk away from the negotiations and go for a clean Brexit on 31 October, we know that this is not his preference. Nor is it the preference of the majority of the Conservative Party in the House of Commons. While the Tories are perceived as being the pro-Brexit party, it is often forgotten that a majority of Conservative MPs backed Remain in the referendum and a substantial number supported the Withdrawal Agreement under May.

While many Brexiteers will see Boris Johnson as their champion in parliament, facing almost fearful odds, we have to examine the many public statements he has made and the briefings provided by his officials from Number 10. Repeatedly they have stated that a resolution to the issue of the Irish backstop would prove a way to settling on a deal. This suggests the prime minister would be content to accept the Withdrawal Agreement minus the backstop, which is not Brexit at all.

Contained within the Withdrawal Agreement, which is an embarrassment to our national prestige, is the ongoing jurisdiction of the European Court of Justice over British affairs. As well as questionable arrangements over freedom of movement, our payment of £40 billion to the EU, the selling-out of the fishing industry, regulatory alignment and our inability to settle our own trade arrangements. There is also uncertainty over the conclusion of any transition period. All of these things are wrong with this agreement and only when all of them are scrapped should Brexit supporters be satisfied. The prime minister has said he wants a deal. At present, it appears he would be happy to accept these facts so long as the backstop is gone, as no mention of them has been made. That will be his surrender document if and when he brings it before parliament.

Given that parliament has voted to prevent a clean Brexit, and given the prime minister’s questionable ethics and motivations, it is almost certain that we are yet to witness the biggest betrayal of all. Parliament will blame the executive and the executive will blame the legislature. Both will be complicit and both will be guilty. The Brexiteers who are today elevating the prime minister to an exalted place and affording him the fame of the truest knight of all will soon understand that he is not their salvation, but that he is in fact their curse.