The shameless whitewashing of right-wing Remoaners 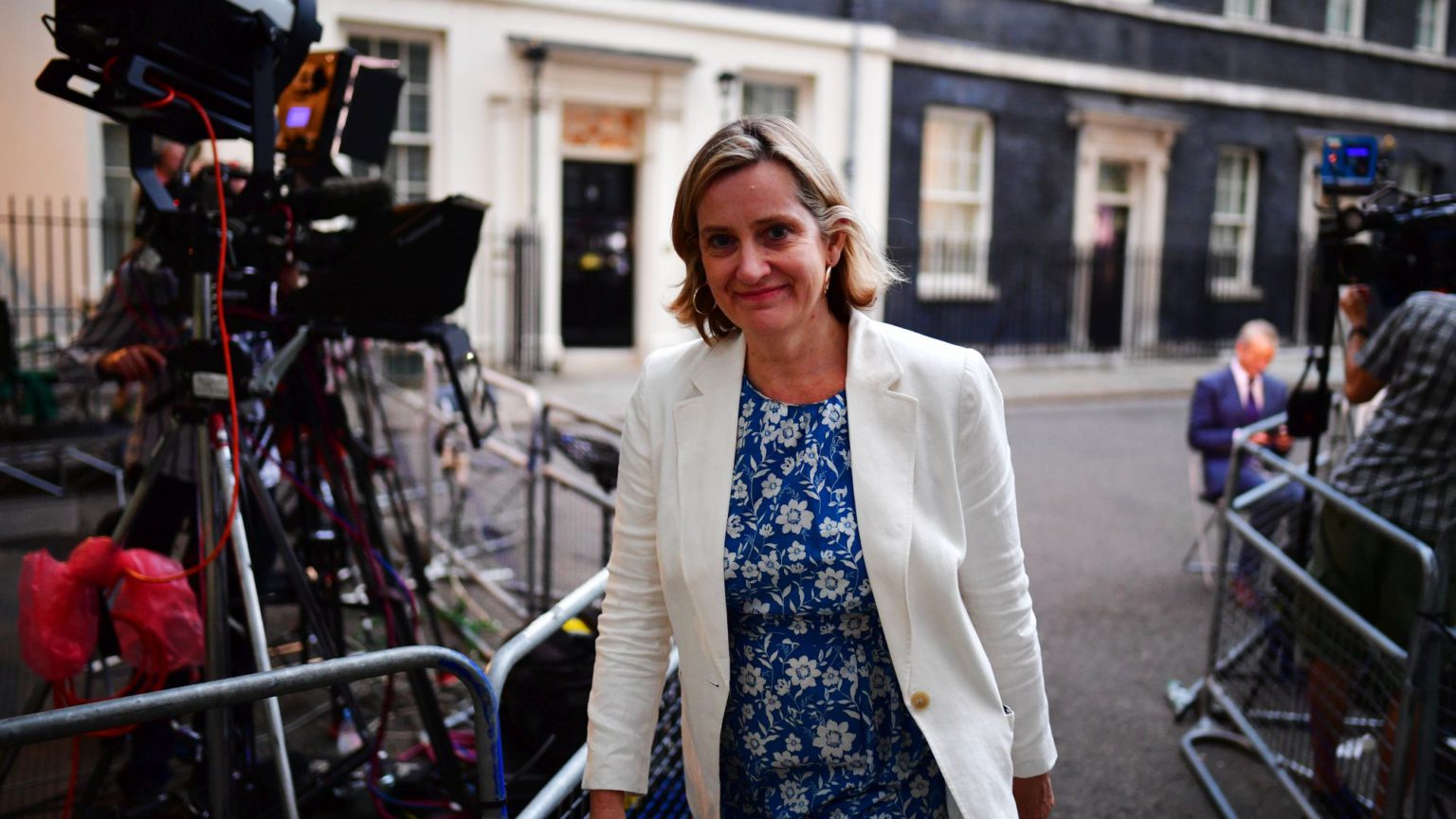 So farewell, then, Amber Rudd. At the weekend, Rudd became the second minister to resign from Boris Johnson’s cabinet. Since she announced the end of her short tenure as work and pensions secretary in The Sunday Times, the tributes from Remainers have been flooding in – many of them reading from the same script, it seems.

Rudd’s resignation was ‘brave and principled’, according to the recently sacked Remainer ‘rebel’ David Gauke. She is ‘principled and capable’, said pro-Remain Jeremy Hunt. She is ‘principled, brave, honest and loyal’, according to Roland Rudd, leader of the People’s Vote second-referendum campaign – who is also her brother. One Labour MP tweeted that Rudd is ‘faithful to good honest principles’; another Labour MP praised her for ‘putting principles before her career’.

Of course, it wasn’t all that long ago that Amber Rudd was sacked for her handling of the Windrush scandal. Rudd’s Home Office inherited the ‘hostile environment’ immigration policy from Theresa May, a cruel and brutal policy that caused great misery for many innocent people with its mantra of ‘Deport first, ask questions later’. In 2018, it came to light that the Home Office had been deporting black British citizens who had lived in the UK legally for decades – some for over 50 years. Some were sent threatening letters and others had their homes raided by immigration officers. Some were denied vital services, including life-or-death medical treatment.

And yet all the vomit-inducing gushing over the ‘principled and brave’ Rudd is coming from the side of the debate that claims to care oh so deeply about the plight of migrants. Now that Rudd has come out as a potential Brexit-wrecker, all is forgiven, it seems. She ‘humanised the [Conservative] party’s tough, technocratic face’, wrote one liberal Tory in the Guardian, lamenting her loss, with no apparent sense of irony or shame.

Rudd is far from the only right-wing politician whose reputation has been ‘Remainwashed’. All of the former Tories who voted to block a No Deal Brexit – an obvious ploy to stop Brexit itself and overturn the referendum result – are talked of as ‘moderates’, whereas the MPs who favour democracy and upholding the referendum result are labelled as ‘right wing’, ‘far right’ and ‘extreme’.

Since his sacking last week, Philip Hammond has lamented the takeover of his party by an ‘extreme right-wing faction’. This is the same Philip Hammond who, in 1994, stood for election in Newham calling to bring back hanging – quite an extreme, right-wing position by most accounts. It’s a position he claims to have renounced, but even as recently as 2015, under Hammond’s tenure as foreign secretary, the UK began watering down its opposition to the death penalty abroad. Nevertheless, because Hammond opposes a No Deal Brexit, he is viewed as a centrist moderate.

Speaking of hanging, the rabidly pro-Remain speaker John Bercow, in his student days, was chair of the pro-Apartheid Federation of Conservative Students. Most infamously, the group produced posters calling to ‘Hang Nelson Mandela’. As a Tory councillor, he produced The John Bercow Guide to Understanding Women, which gave advice on how ‘how to pick up virgins’. ‘Women’, he wrote, ‘will settle for anything that breathes and has a credit card’. Charming! Bercow’s wife, Sally Bercow, insists the speaker’s attitudes have mellowed since his days as a ‘right-wing headbanger’, but it is still striking that Bercow has been transformed into a hero of the liberal elite, merely because he has done so much to scupper Brexit in the Commons.

Nicholas Soames – who the media never tire of reminding us is Winston Churchill’s grandson – has undergone a similar transformation. Before Brexit, Soames was widely seen as a sexist dinosaur. According to a Telegraph report from 2005, he was seen as ‘the most prolific source of vulgar and sexist comments in the House of Commons’. More recently, in 2017, Soames was chastised for making ‘woof, woof’ noises at the SNP’s Tasmina Ahmed-Sheikh. But in 2019, he is considered a heroic Remainer, an irreplaceable loss to the Conservative Party. Strangely, the causes the liberal elite claims to care about, particularly sexism and racism, fade into irrelevance when it comes to stopping Brexit.

Remainwashing is not confined to the Tories, either. Tony Blair has spent much of his post-prime ministerial career advising autocrats for vast amounts of cash, including Egypt’s Abdel Fattah el-Sisi and Kazakhstan’s Nursultan Nazarbayev. Now he is trotted out on the Today programme every few weeks to advise the plebs to remain in the EU. His chief spindoctor Alistair Campbell is also a leading light in the continuity Remain campaign. This is the same Campbell and Blair who cooked up the most shameless and destructive lie of the 21st century – that Iraq had weapons of mass destruction. Their actions led to the deaths of hundreds of thousands of innocent people, but… they support remaining in the EU, so they can’t be all that bad.