Frenemies of the people 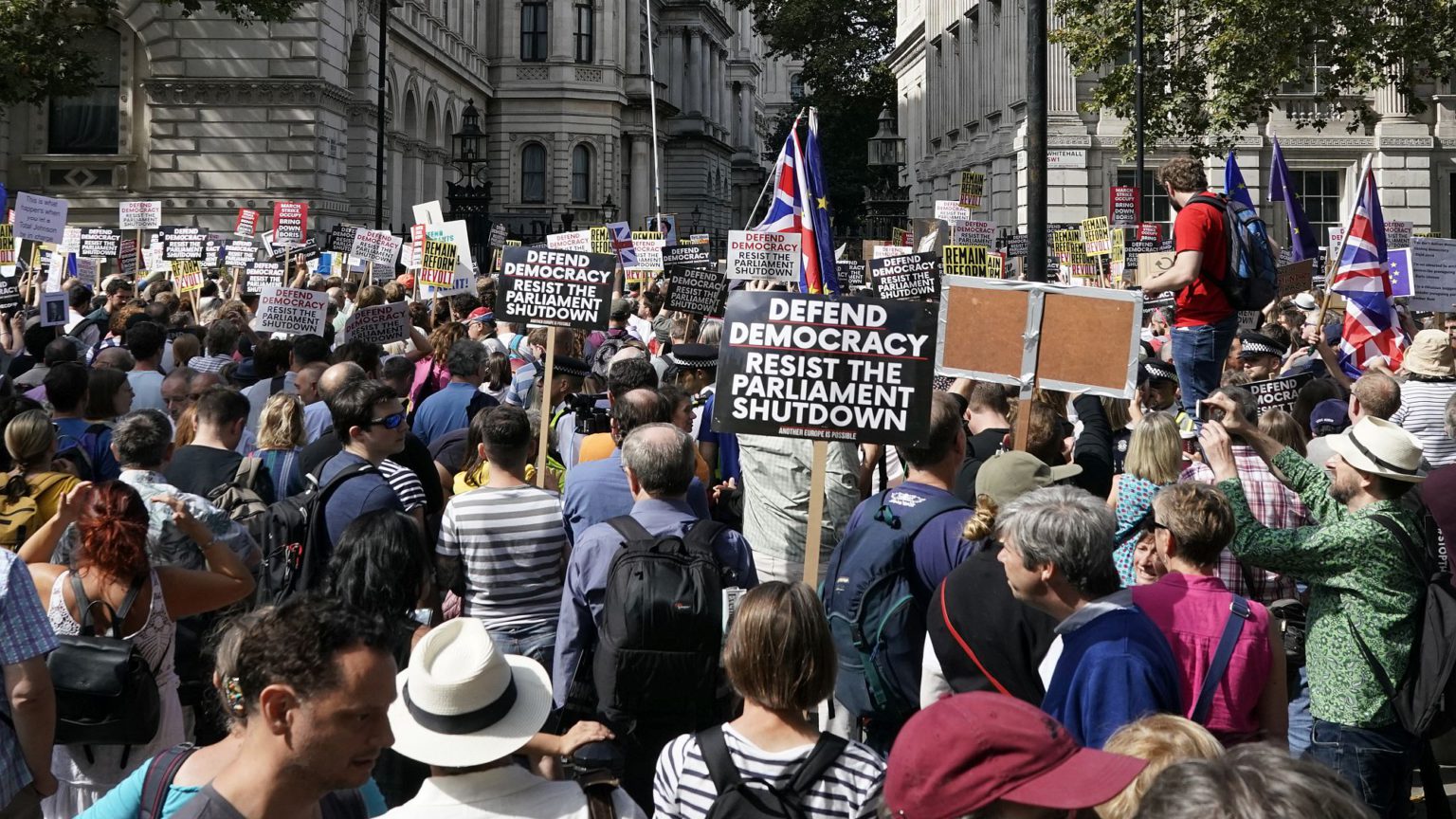 Democracy is suddenly all the rage. Those who have spent the past three years fighting to overturn the referendum result are now taking to the streets in its defence. Those who have been quite happy to see power drip from Westminster to Brussels are now enthusiastic converts to parliamentary sovereignty. Of course, the brand of democracy that’s fashionable with EU-loving protesters is of a very specific variety. It’s the type that places the votes of a few hundred MPs above the 17.4million members of the public who voted for the UK to leave the EU. It’s the type of democracy that demands we bend the knee to our representatives in parliament, who are expected to think and act on our behalf. This takes us a long way indeed from the concept of people power.

It is not just the role of the people that is being redefined to suit the purposes of those determined to stop Brexit. Who counts as ‘the people’ in the first place is also being redefined. Once, ‘the people’ might have referred straightforwardly to the electorate, and the will of the people meant the decision taken by a majority of voters. After three years of chipping away at this definition, ‘the people’ is now being used to refer to a far more selective group.

With the Labour Party having dropped all pretence of backing Brexit, Jeremy Corbyn is keen to show his faith in the people. ‘Final sovereignty on Brexit must rest with the people’, he wrote in the Guardian this weekend. Of course it must. That’s why those of us who voted Leave three years ago are still waiting for our decision to be implemented. But it’s clearly not the likes of us that Corbyn has in mind. No, the select group of people he wants ‘final sovereignty’ to rest with is the ‘rapidly growing movement of people determined to stop No Deal’.

‘It is the people, not an unelected prime minister, who should determine our country’s future’, notes Corbyn. And I couldn’t agree more. But who are ‘the people’ Corbyn is referring to exactly? The 17.4million Leave voters or the million-or-so people always on the look out for a pro-EU petition to sign? The millions in the north of England who backed Brexit or the few thousand who turn out to protest in London? The electorate or Guardian readers? The many or the few? When Corbyn talks of ‘the people’ what he really means is people who agree with him.

Corbyn is not the first to redefine ‘the people’ according to his own selective interpretation. The same commentators and campaigners who argue for ‘a people’s vote’ make clear that their aim is to overturn the result of the referendum. They are not seriously interested in the view of the electorate. Jo Swinson, new leader of the Liberal Democrats, has even said that if a second referendum didn’t return the result she wanted she simply wouldn’t accept it. No, ‘the people’ who will be listened to in a ‘people’s vote’ are those now ready either to vote the ‘right’ way or happy to have their options limited so that the outcome is one that Remainers can accept.

By the same token, those, like the Archbishop of Canterbury, who argue for a ‘people’s parliament,’ or a ‘citizens’ assembly’, to resolve Brexit mean anything other than defending the result of the referendum. What they really want is to bring together a small group that can be presented with curated evidence from carefully selected experts and a limited range of predetermined options in order to arrive at the ‘right’ outcome.

The people throwing themselves behind a people’s assembly or a people’s vote have, at the very same time, decried the will of the people as ‘a myth’. We’ve been told that the will of the people is premised upon confusing democratic government with populist government, as if populism and democracy are mutually exclusive and as soon as a society seeks the views of the majority of the electorate more directly, it stops being a democracy. We’ve been told there’s no such thing as ‘the people’ – a singular entity – but that there are many different people whose views need to be taken into account and carefully balanced. The subtext here is that we can only trust self-appointed experts to do the balancing for us. We’ve also been told that ‘the people’ didn’t vote to leave the EU because when the numbers of those under the age of 18 and those who didn’t vote at all are added up, Brexit becomes a minority position. The idea that we count up the votes of the people who did vote and determine a majority that way is seen as dangerous by those with a vested interest in keeping the people at arm’s length from democracy.

With another General Election looking increasingly likely, we must not let ‘the people’ be redefined as ‘the few’. Allowing Corbyn and other anti-democrats to get away with this risks overturning the referendum result and rendering democracy meaningless. If ‘the people’ becomes a chosen minority, then the hard-won right to universal suffrage is called into question.

We, the people, must mean all of the electorate, no matter how inconvenient this is to those who would like to wish away large swathes of us.