Pipe down, Elton, you eco-snob

Elton John’s defence of Harry and Meghan was hilariously elitist. 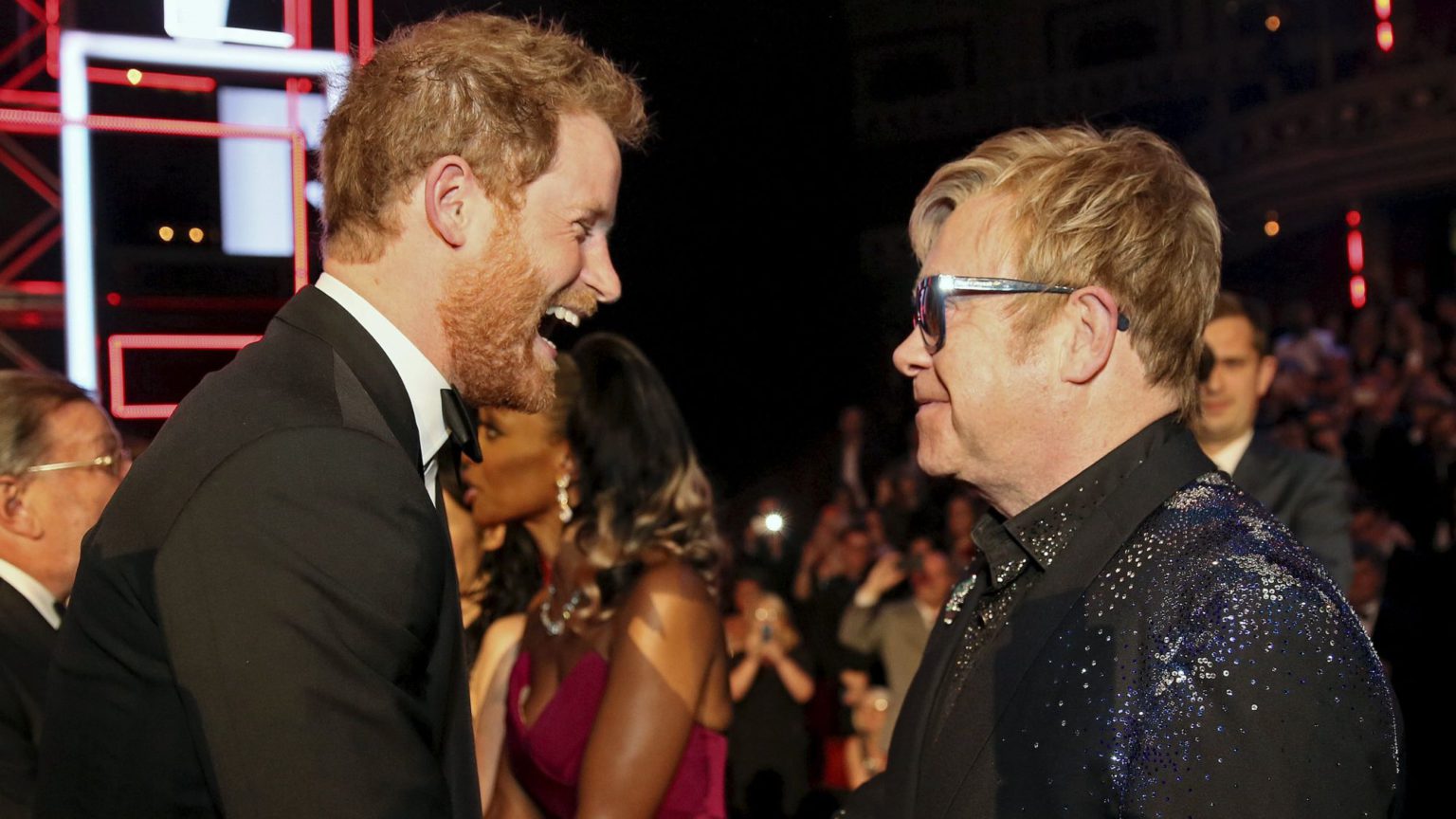 Poor Elton John. He’s ‘deeply distressed’. What’s happened to the filthy-rich national treasure? Well, some people were mean about his posh, rich mates using his private jet to fly to his swanky pad in the South of France. Can you believe the indignities celebrities have to endure? Us plebs with our once-a-year jaunts on Ryanair could never understand the awfulness of being mocked for swanning about on an airplane swilling with champagne.

This is the news that Elton John, the Queen Mum of pop, has been made upset by the little people’s criticisms of Prince Harry and Meghan Markle for using a private jet to get to France. Elton, being made of money, paid for the jet. They’re staying in his house in the South of France, and you can imagine what that’s like. People have called Harry and Meghan massive, ridiculous hypocrites because just a couple of weeks ago they were lecturing the masses from the pulpit of Vogue magazine about the need to cut carbon and save the planet and yet now they’re farting out more CO2 than most of us do in a year by jetting back and forth across the south of Europe. Elton, like an obsequious courtier protecting his princes from the barbs of the dumb masses, says these criticisms are ‘distorted’, ‘malicious’, ‘relentless’ and ‘untrue’.

To which the only reasonable reply is: fuck off, Reg. Can these people hear themselves? You’re rolling in money, in the case of Harry and Meghan you are members of the most privileged and archaic institution in the Western world, and yet here you are playing the victim. Just stop. Deep distress is an understandable response to losing one’s job or struggling to get enough money together for the mortgage. But to a few well-deserved slights from ordinary people who are sick of being eco-lectured by rich, woke, hypocritical greens? No.

Perhaps the most telling part of Elton’s obtuse, self-awareness-free intervention into the Harry and Meghan discussion was his insistence that their private-jet journeys aren’t in fact eco-unfriendly because Elton himself offset the carbon spouted by the flights by ‘making the appropriate contribution to Carbon Footprint’. Which is presumably some tree-planting outfit that absolves the rich of their guilt by throwing a few seeds in the ground every time they fly, much like the wealthy used to buy Indulgences from the Catholic Church to wash away their sins.

Elton’s boast that he neutralised the pollution of the royals’ luxury trip by making an ‘appropriate contribution’ makes him sound even more pompous. What he is effectively saying is that he is so goddamn rich, so up to his neck in cash, that not only can he afford to put his posh friends on a private jet but he can also pay to ensure their flights don’t harm the planet. He is wealthy and therefore he is less sinful than the rest of us who fly to Alicante but never chuck a few quid to Carbon Footprint – because, er, we can’t afford it. In the world of green virtue-signalling, the rich are more pure than the poor.

Elton’s conspicuous compassion echoes professional irritant Emma Thompson’s recent eco-hypocrisy. Clearly angling for a starring role in the satire on the ridiculousness of the eco-rich that I hope someone will one day write, Ms Thompson took a first-class flight from LA to London to partake in… an Extinction Rebellion protest! Yes, she committed the sin of flying in order to lecture us plebs about how sinful it is to fly. Asked by a reporter if she at least flew second-class, which is apparently more green, Thompson scoffed, ‘I bloody don’t, no!’, clearly horrified at the prospect of being stuck in coach with people like you and me. She offset her first-class flight by planting trees, she said. And there it was again, the clear and obnoxious implication that the richer you are, the more right you have to fly, because you can afford an Indulgence that absolves you of your carbon sins.

In the green world, it is clear that it is the poor, given they lack the means to pay for their eco-sins, who have more chance of getting through the eye of a needle than getting into the heaven of eco-aware self-congratulation. The new green elites seem determined to price or pressure the less well-off out of the skies. If flying is only acceptable when you can afford to apologise for it with money, what does that say to poorer air travellers? Extinction Rebellion of course wants to go even further and impose stiff taxes on flying. This will allow the wealthy to jet at will while pushing the poor back on to buses to Bognor Regis.

We are glimpsing the elitism behind the green movement’s caring facade. Strip away all the bunkum about saving the planet and what we have here is a movement stuffed with the posh and rich berating the rest of us for our allegedly bad habits. Snobbery masquerading as social justice: wokeness summed up.