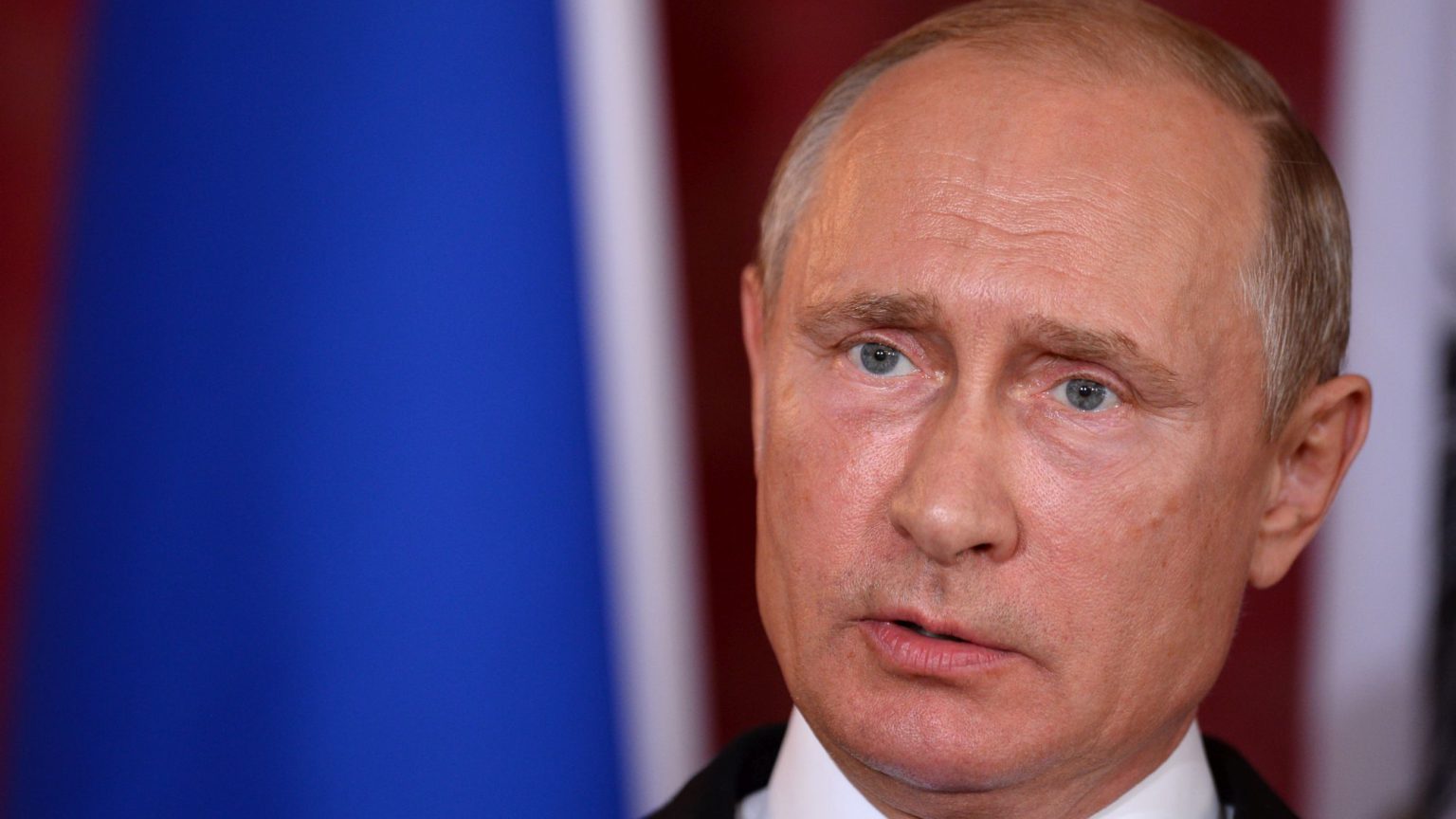 Blaming ‘foreign interference’ has been the displacement activity of choice for imperilled elites over the past few years. It allows them to displace the true source of their discomfort, whether it is public unrest or a popular vote against elite interests, on to something outside the domestic sphere. And thus an internal political conflict can be presented as an external one, a righteous battle against nefarious foreign influence.

Recently, we’ve seen this displacement activity most shamelessly and desperately deployed over Brexit, with hardcore Remainers still insistent that something big, rich and Russian, having supposedly pumped ‘dark money’ into anti-EU campaigns, and populated social media with fake news and dog-whistling ads, played a determinant role in people’s decision to vote to leave the EU. And we’ve seen it, too, in the US, where a determined minority – in the face of the Mueller inquiry’s less than certain conclusion that ‘there was insufficient evidence to charge a broader conspiracy’ – still insist that Trump’s election victory rests on the diligence and hard work of Russian computer geeks.

Now it’s the turn of Vladimir Putin’s regime to blame a summer of protest on ‘foreign interference’. Of course, it’s hardly the first time the Russian state has gone down this road. Blaming the West, and the US in particular, has long been a go-to strategy for Putin, who, ever since he came to power two decades ago, has frequently pointed the finger at shadowy foreign influence when confronted by internal dissent. Still, the parallels between the Russian government’s response to growing public opposition and Western ruling elites’ own reaction to the populist challenges on their doorsteps are as striking as they are revealing.

It all ignited a month ago when it emerged that a raft of independent candidates, many of whom oppose Putin and campaign on anti-corruption platforms, had been barred from participating in Moscow’s municipal elections on mendacious procedural grounds – the Russian electoral commission claimed the candidates had falsified signatures from supporters to justify their candidatures; the prospective candidates proved otherwise. Some of these would-be candidates have even been arrested and held in custody. For many younger Muscovites, frustrated that once again Russian democracy was being stage-managed by those in power, this was too much. And so they took to the streets, culminating last weekend in the largest demonstration against Russia’s rulers since 2011, with some 50,000 protesters estimated to have taken part.

The protesters’ grievances are entirely legitimate, their demands democratic – ‘I have a right to a choice’, was the slogan on many placards this weekend. Some even make a case for popular sovereignty, with many demonstrators chanting ‘We are the authority here!’, at a protest in July.

The Russian authorities’ response has been predictably and deplorably draconian. At the rallies, riot police, their faces concealed by balaclavas, have busied themselves picking protesters out of the crowd, and dragging them into police vans, while in the background lurk military transporters, full of soldiers in body armour, just waiting for the order to move in. Hundreds of protesters have so far been arrested. In between rallies, the repression has continued, with politicians detained, activists arrested on trumped-up charges (including draft dodging), and even a vindictive custody challenge against a couple who brought their son to a peaceful march in late July.

The protesters are right to want fundamental political freedoms. For too long the Russian state has only tolerated dissent and internal criticism if the going’s good. So when the Russian economy was enjoying gas-and-oil fuelled growth and Putin was riding high in the polls earlier this decade, he was all too happy to allow critics like the philanthropic oligarch Mikhail Khodorkovsky and anti-corruption activist Alexei Navalny to vent their spleen — proof, as Putin saw it, of his generosity and tolerance. But when the going has got tough, Putin’s popularity has slipped and United Russia’s plummeted, as it has at the moment, then the Russian state shows its intolerant side, and refuses to put up with what pro-Kremlin ideologues call ‘non-systemic opposition’.

And here’s the kicker. To justify such state repression, to render palatable such shameless anti-democratic manoeuvring, the Russian state is busily presenting its opponents either as Western stooges or, more prominently, as hapless dupes, prompted to action and dissent by Western-sponsored messages on social media. And so, last week, the Russian Foreign Ministry gave the German charge d’affaires Beate Grzeski a dressing down over the perceived attempt of Deutshche Welle to make ‘a direct appeal on social networks to Moscow residents to participate in unauthorised mass actions’. It followed this up with an accusation that Google-owned YouTube was fomenting dissent by showing users alerts and ads for the recent demonstrations. As Andrei Klimov, head of the Committee for the Defense of State Sovereignty in Russia’s upper house, the Federation Council, put it, it is clear ‘that the US and its supporters [will] try to use the next Moscow City Duma election to organise provocations and attempts to exert influence’. Russian daily Vedomosti even reported that the lower house – the State Duma – is to hold an emergency session on ‘the issue of foreign interference in Russian elections’.

It is desperate, disingenuous stuff. But it is also incredibly familiar, for these are exactly the tactics being deployed by besieged, unpopular ruling elites in the UK, the US and elsewhere. There are differences, of course. Russian state power is far harder, far more direct, and more concentrated than it is in the nominally liberal, democratic West. British authorities are not barring Brexit-supporting politicians from participating in elections, let alone arresting them – at least not yet. And the gilet jaunes in France, though beaten and pepper-sprayed by the French cops with as much zest as the Russian cops have been beating and assaulting Russian protesters, have not been hunted down with quite the same official zeal as their Russian counterparts.

But the similarities are too palpable to ignore. In the Kremlin’s willingness to traduce domestic opposition as the child of ‘foreign interference’, we see a mirror image of the determination of sections of Britain’s political and media class to misrepresent the Brexit vote as the offspring of Russian interference. The intention is the same: to render legitimate domestic grievances illegitimate. In doing so, anti-democratic moves and repressive measures can then be justified in the name of the national interest. It’s a cynical, corrosive manoeuvre, and it is being performed just as enthusiastically in London and Paris as it is in Moscow.