Caroline Lucas’s coup against the people

Her plan for an all-women cabinet to stop Brexit is sexist and anti-democratic. 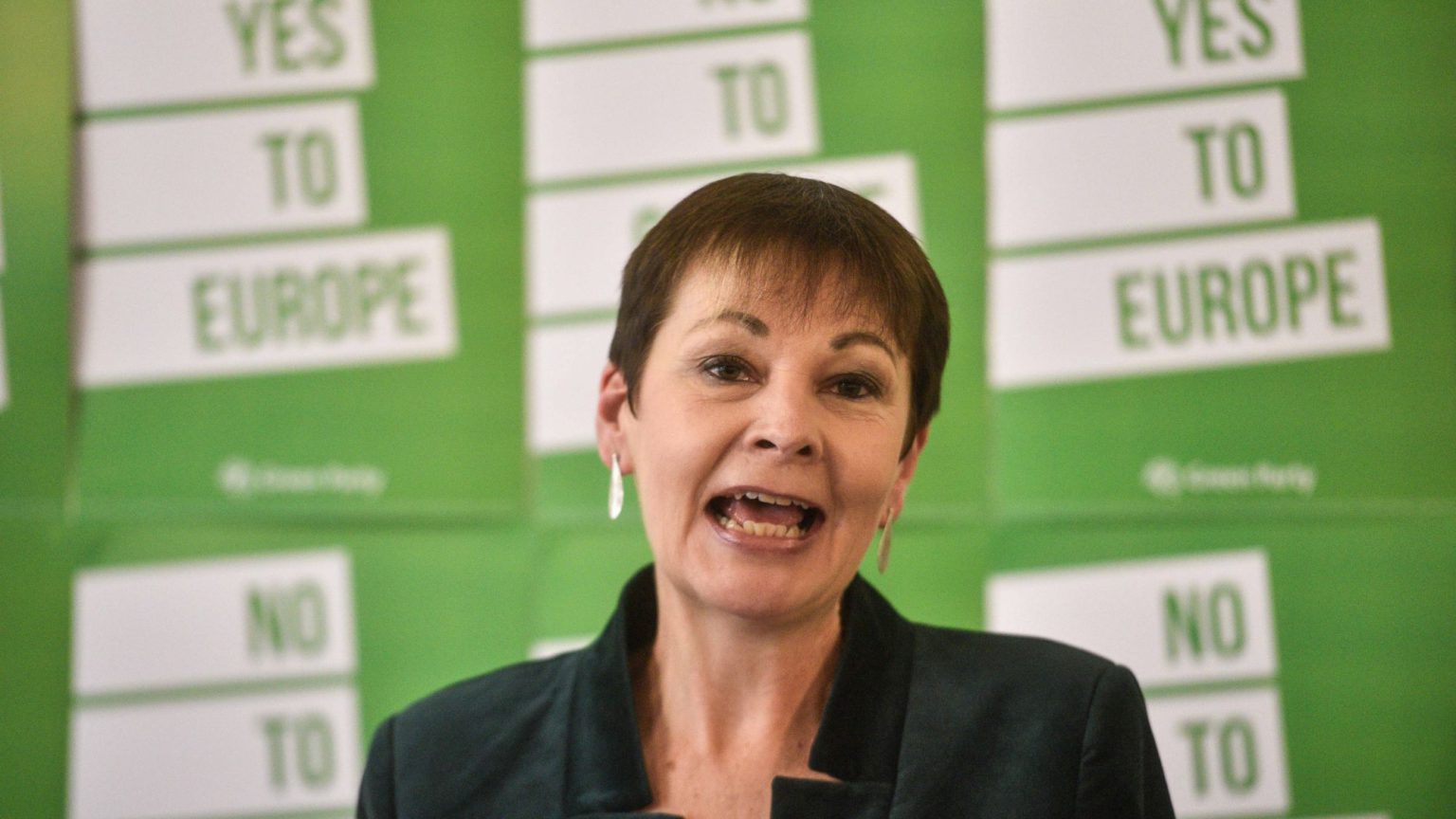 The more Brexit seems like it might, just possibly, happen – perhaps by default rather than by design – the more desperate hardcore Remainers become in their efforts to stop it. Brexit Derangement Syndrome has by now well and truly transmogrified into the more aggressive Boris Derangement Syndrome. Every day brings forth apocalyptic predictions of what might happen if the UK leaves the
EU
without a deal, lectures from political has-beens, legal loopholes and new parliamentary wheezes to oust the government. It’s a sordid, anti-democratic and pathetic spectacle.

The winner in this week’s race to the bottom is surely Green Party MP, Caroline Lucas. Her plan for an all-women cabinet of national unity is as deranged and desperate as any dreamt up so far. As Lucas sees it, the current government is ‘a coup led by a small group of right-wing libertarians’ hell-bent on ‘the most extreme no-deal version of Brexit’ – or, just ‘Brexit’ as the less hysterical among us might describe it. In response, she concludes, ‘we need an “emergency cabinet” – not to fight a Brexit war but to work for reconciliation’. The irony of describing a cabinet formed by the democratically elected Conservative Party as a ‘coup’ while at the same time proposing to usurp it with her chums is clearly lost on Lucas.

Lucas thinks women are best placed to lead us out of what she sees as this ‘terrifying’ mess because ‘they can bring a different perspective to crises, are able to reach out to those they disagree with and cooperate to find solutions’. So, she’s written to 10 women MPs from across the political spectrum inviting them to join her ‘to stop the dangerous pursuit of a crash-out Brexit’. Lucas wants only women in her emergency cabinet because, well, women are just so nice! It is well known that women are great at compromising, cooperating and reaching a consensus. Women are particularly good in a crisis when, unlike bickering men, we roll up our sleeves, reach out to opponents and get things sorted out in time for tea.

If a man were to make these claims he’d be publicly humiliated for his sexist, patronising and misogynistic attitudes. Yet Lucas thinks nothing of rehabilitating the corny old stereotypes that previous generations of feminists fought against. Women in politics have long challenged the idea that they are, by nature, primarily maternal, capable and caring. They wanted to be recognised as equal to men in every respect – this meant being as ambitious, determined and – yes – scheming and devious as any man. The UK’s first female prime minister, Margaret Thatcher, hardly had a reputation for being prepared to compromise. And it seems to have slipped Lucas’s notice that for the past three years we have had a government led by a woman. Theresa May’s Brexit plans were consensual only in the sense that almost everyone agreed they were utterly terrible.

Of course, Lucas doesn’t really think all women are living, breathing stereotypes. She doesn’t really want women from across the political spectrum in her fantasy cabinet – only certain women: those who think like her. Invites have been sent to Heidi Allen, Yvette Cooper, Justine Greening, Anna Soubry, Jo Swinson, Emily Thornberry and, bizarrely, given she’s not even an MP, Scottish first minister Nicola Sturgeon. Letters to Brexit-backers like Kate Hoey, Priti Patel, Andrea Leadsom, Lucy Allan or Suella Braverman are not likely to be forthcoming any time soon. It’s not women Lucas wants in her cabinet but women Remainers.

Lucas has a specific task in mind for her all-female team. She wants an immediate end to all talk of leaving the EU on 31 October and arrangements put in place for a second referendum ‘that allows the British people to decide which course they want to take’. This call for a ‘confirmatory vote’ is as disingenuous as playing the gender card. It would be far more honest of Lucas to say she wants to bring in women to revoke Article 50 altogether. Her plan for an emergency cabinet, the women she’s invited to participate and her call for a second referendum all reek of disdain for democracy. The Green Party Lucas represents in parliament has just one MP: her. It has no national mandate whatsoever. Yet, incredibly, Lucas is arrogant enough to propose herself as leader of her own self-appointed cabinet in order to override the decision taken by 17.4million Leave voters, including, let’s not forget, just under half of all the women who voted in the referendum.

Lucas may litter her article with references to democracy, but riding roughshod over the views of citizens is integral to the green agenda. The Green Party needs Britain to remain in the EU in order to pass the environmental legislation it wants to secure. Its members know that if they had to put their proposals before a national electorate they would never win support for them, no matter how much they talk of emergencies or hide behind Greta Thunberg. Lucas makes the link between Brexit and the environment explicit: she argues that in both cases ‘the same degree of cooperation is needed to confront what’s happening’. When Lucas talks of cooperation, what she means is rejecting democracy and bypassing the people in order for her and her pals to stitch things up between them and then impose their will on the rest of us.

There’s only one good thing that can be said of Lucas’s barmy proposal: it serves as a useful reminder, in case it were needed, as to why so many of us voted to leave the EU back in 2016, and are now determined not just to see Brexit happen but to shake up national democracy even more fundamentally.