The smearing of Andrew Norfolk

Norfolk has been denounced as a racist for exposing Muslim grooming gangs. 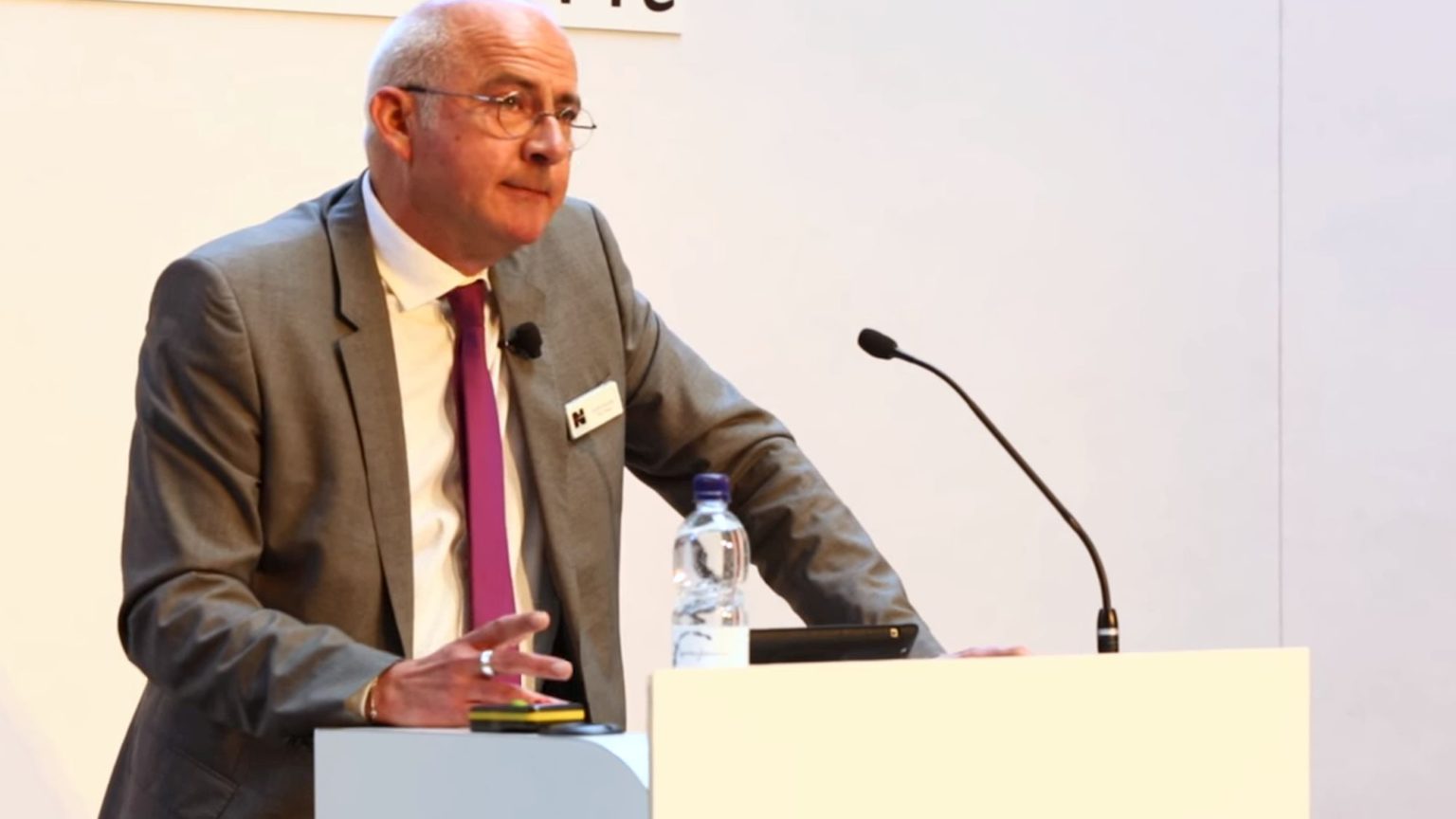 In 2003, Andrew Norfolk became northeast correspondent for The Times. His first story centred around Keighley, West Yorkshire. Anne Cryer MP had raised concerns about ‘Asian men’ targeting teenage girls, aged between 12 and 14, outside school gates. At the time, Cryer was called ‘racist’, and parents’ concerns about their children were dismissed by the authorities. Norfolk later discovered an emerging pattern of criminality based on court convictions across northern England and the Midlands. Grooming gangs, as they came to be known, invariably targeted white working-class girls. The men involved tended to have Muslim names.

In 2011, The Times broke its first groundbreaking story, ‘Revealed: conspiracy of silence on UK sex gangs. Most convicted offenders of Pakistani heritage. Young girls abused across North and Midlands.’ Norfolk’s tireless investigations into child sexual exploitation in Rotherham led to an independent inquiry. He became a voice for victims when those in power had treated them with contempt. For his work exposing the prevalence of grooming gangs and the indifference of the authorities, he has won numerous journalistic accolades: he won the Paul Foot Award in 2012 and the Orwell Prize in 2013, and he was named journalist of the year at the British Journalism Awards in 2014.

Last month, a report, Unmasked: Andrew Norfolk, The Times Newspaper and Anti-Muslim Reporting: A Case to Answer, painted an ugly picture of Norfolk, now chief investigative reporter at The Times. The 66-page report, written by journalists Brian Cathcart and Paddy French, centres around three series of articles published between 2017 and 2018, which the authors suggest ‘tended to encourage fear of Muslims’. The authors set out to assess Norfolk’s articles in the ‘context of journalistic ethics, asking whether they were fair and accurate and whether he conducted himself as a responsible journalist should’. The Times has dismissed the allegations of bias as a ‘mischievous and ideologically motivated attempt to smear a reporter long recognised as one of the bravest and most scrupulous in his field’.

The Times is right. Baseless accusations of Islamophobia have been levelled at Norfolk in the past – often in an attempt to silence him. This became particularly acute from 2011, when Norfolk and The Times began to specify the ethnicity of the perpetrators as ‘Pakistani’ men (rather than just ‘Asian’). A coalition of leftist and Islamic groups was on hand to accuse Norfolk of ‘racism’ and ‘Islamophobia’. Norfolk continued his work despite these smears. ‘In those dark days, it was always the girls and their families who kept me going’, he wrote in 2014. I can understand what he must have gone through. When I first questioned the vagueness of the term ‘Asian’ to describe members of predominantly Pakistani-Muslim grooming gangs in the Telegraph, I was accused of being a ‘BNP member’ and ‘an Uncle Tom bigot’. This is only a fraction of the kind of vitriol Norfolk received for telling the truth.

The Unmasked report’s problems begin in the introduction. The authors make clear that Norfolk’s investigations into child sexual exploitation are not the main subject of their criticism. But they still suggest that Norfolk’s reporting on grooming gangs ‘made the case that there was a disproportionate involvement of men of Pakistani background’. Of course, there was a clear pattern in relation to the heritage of those convicted of grooming-gang offences.

One of the groups credited for ‘supporting’ the Unmasked report is Hacked Off. Fronted by Hugh Grant, Hacked Off was set up in response to the phone-hacking scandal in 2011. It lobbies for state regulation of the press. Most recently it has pushed for the government to implement Section 40 of the Crime and Courts Act 2013. This would force newspapers to sign up to a state-backed regulator or face heavy penalties. Index on Censorship has warned that Section 40 ‘jeopardises press freedom’ and has dire implications for investigative journalists. To the relief of many, last year the government announced that it would not be implemented.

Another group credited in the report is MEND (Muslim Engagement and Development). According to MEND, when it comes to press coverage of grooming gangs, reporters should avoid discussion of the perpetrators’ ethnicity – it is ‘irrelevant’ and naming it ‘legitimises and fuels hate crime in the UK’. Similarly, Hacked Off is calling for changes to the editors’ code to ‘protect targeted groups against press discrimination’. In this mission, it has the support of, among others, Baroness Sayeeda Warsi. Warsi is one of the chief backers of a controversial definition of Islamophobia, drawn up by an All-Party Parliamentary Group, which was recently rejected by the government. A senior policy analyst at MEND was also acknowledged for ‘considerable’ support in working towards the Islamophobia definition. The definition was a clear threat to freedom of speech, and, if enacted, could have seriously undermined the work of journalists who investigate any aspect of Islamism. Both Hacked Off and MEND, backers of the report into Norfolk, have a shared disregard for free speech, especially in relation to Islam.

Andrew Norfolk is an obvious target for this coalition. Not only has he exposed uncomfortable truths about grooming gangs and the influence of Islamism – he is also a fierce opponent of state regulation of the press. In the same period examined by the Unmasked report, Norfolk warned in The Times of the impact that Section 40 of the Crime and Courts Act could have on investigative journalism: ‘Under Section 40, any newspaper that declines “voluntarily” to join Impress [the state-backed and Hacked Off-preferred regulator] would be forced to pay its opponent’s legal costs in any claim brought for libel or breach of privacy – even if it won the case.’ Norfolk rightly argued that the kind of press regulation being pushed by Hacked Off would make life harder for investigative journalists like him. It could make it more or less impossible to publish the findings of investigations like that into child sexual abuse in Rotherham.

Hacked Off is also a trenchant critic of IPSO, the newspaper industry’s independent self-regulator, which it wants to replace with a state-backed regulator. Unmasked is as much concerned with criticising IPSO as it is Norfolk himself. One of the report’s main case studies is IPSO’s ruling on Tower Hamlets Borough Council v The Times. The story concerns a foster child ‘removed from her Muslim foster parents… and reunited with her family’, following a judge’s ruling. The piece implied that the council had failed to find ‘culturally matched’ foster carers for the girl by placing her in a Muslim family. The Unmasked authors complain that ISPO did not rule on The Times’ failure to mention that the child in question had a Muslim grandmother. But ISPO did rule that there was a breach of its accuracy codes. The article ‘gave the impression that the judge had found that the placement was a “failure” by the council, which was clearly not the case’, says the ruling.

Another ruling that failed to impress the authors is Just Yorkshire v The Times. Norfolk reported that a report by the charity Just Yorkshire ‘led’ to Labour MP Sarah Champion facing death threats. The report surveyed the Pakistani community in Rotherham for their views on a controversial opinion piece by Champion on grooming gangs in the Sun. The Times then made a clarification that no death threats were attributable to the report. The Unmasked authors write that ‘The Times pleaded guilty on this point but IPSO declared it innocent.’ ‘We see IPSO engaging in contortions of logic and language in its efforts to spare The Times embarrassment in relation to serious errors’, they conclude. They call on The Times to commission an external investigation into the conduct of Norfolk and of the paper more generally.

Overall, the report’s allegations against Norfolk are extremely thin. The fact is that Norfolk contributed nearly 100 articles to The Times between 2017 and 2018, many on Islamism and grooming gangs. The articles in Unmasked represent a very small part of Norfolk’s portfolio during the period in question. It is hard to disagree with The Times when it says the report is both ‘ideologically motivated’ and personal.

Unsubstantiated allegations of ‘racism’ and ‘Islamophobia’ come part and parcel with an agenda against the free press. The danger is that they create a chilling effect for journalists who report on and investigate contentious matters – like those Andrew Norfolk has so fearlessly covered.