The ECB is out of ideas

It has no credible answer to the Eurozone’s woes. 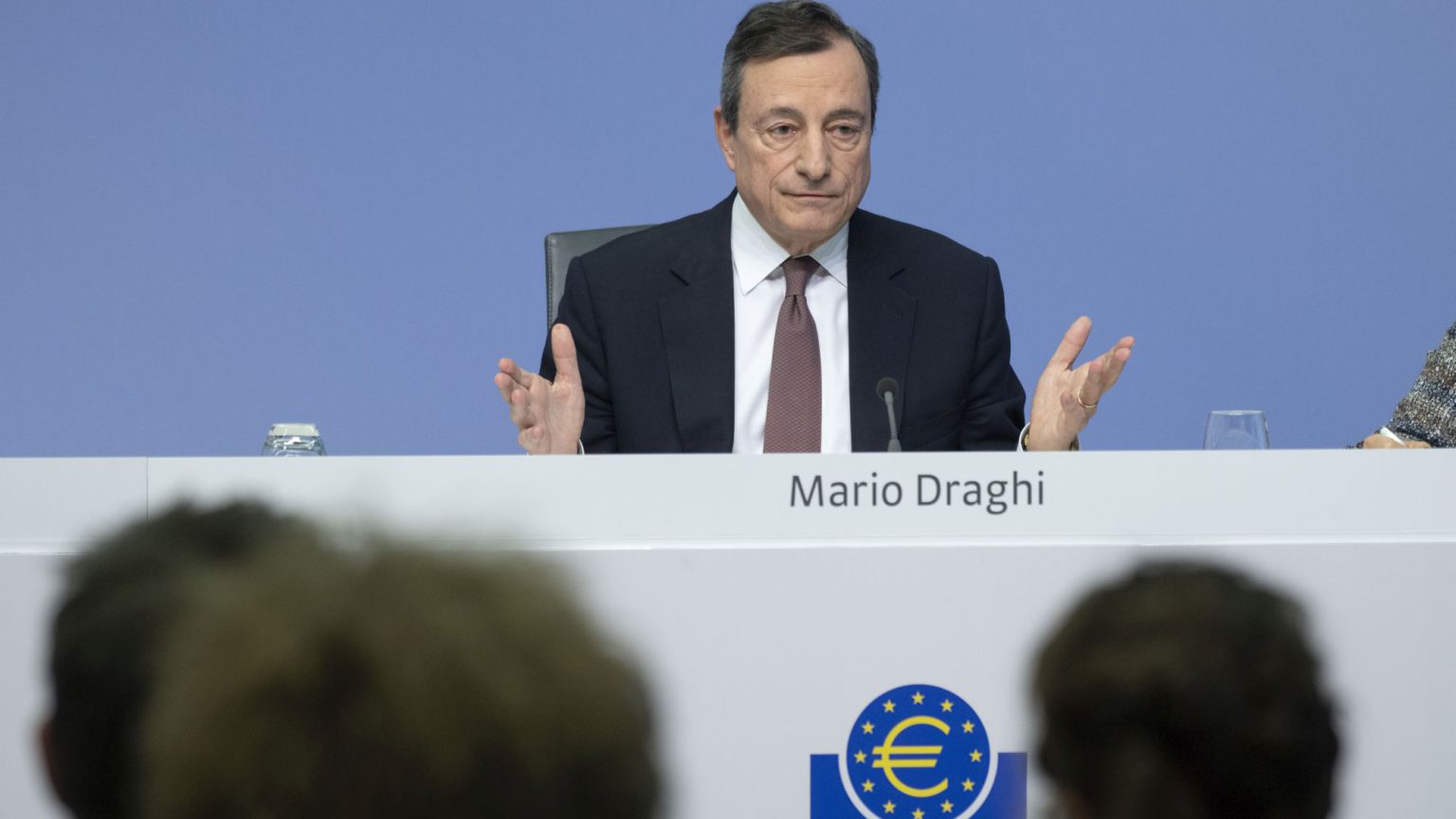 Europe’s economy is in a bad way. While in the past 10 years the US economy has gradually picked up steam, with unemployment reaching a 50-year low, Europe has continued to experience dismal growth and persistently high unemployment. Joblessness in countries like Spain and Greece is well above 10 per cent, while in France it sits at almost nine per cent.

Added to these woes, slowing global economic growth is starting to weigh on Europe’s powerhouse, Germany. Euro-area growth is now expected to come in at a dismal 0.2 per cent in the second quarter of 2019, with both headline and core rates of inflation down nearly one per cent.

So, what to do? Unsurprisingly, the answer from the bank seems to be more of the same. The ECB is now expected to make more interest-rate cuts and start a new round of quantitative easing (QE), whereby the bank buys up bonds in a bid to stimulate the economy.

The problem is that this has not worked too well so far. Over the past decade the ECB has spent over two trillion euros on QE, the most recent round ending at the end of 2018. Meanwhile, the ECB has entered into the once-thought-impossible world of negative interest rates, with its various rates sitting between 0 per cent and -0.4 per cent.

You could argue that without this stimulus from the ECB, Europe’s economy would be in much worse shape, which may be true. But either way, more of the same increasingly looks like it is not going to achieve much. It is clearly not encouraging consumers or businesses to spend or invest on the scale needed to revive the continent’s flagging economy.

Added to this, it is not clear how much longer the ECB can carry on buying up bonds. As Merryn Somerset Webb has pointed out, ‘Germany is running out of Bunds (government bonds), thanks to running a budget surplus, and ECB buying has to be proportional to the size of its constituent countries’.

For the ECB to continue buying bonds, Germany would need to start spending more and run a deficit (fat chance) or allow for the creation of Europe-wide bonds guaranteed by Germany (meaning further financial integration for the EU, for which there is little desire among European electorates).

So, clearly, some new ideas might be needed to spur growth in Europe. Unfortunately, the most attention-grabbing proposal so far has been to extend the logic of QE and central-bank stimulus to the stock market: that is, that the ECB should start buying stocks.

This call was most loudly made by BlackRock, the world’s largest asset manager – first by CEO Larry Fink, and then by Rick Rieder, a chief investment officer at the company. Rieder recently wrote an op-ed in the Financial Times making the case.

According to Rieder, Europe has done all it can to reduce the cost of debt through rate cuts and QE. This has failed to encourage businesses to invest, resulting in Europe’s poor growth. Now, Rieder says, the ECB should target the other means through which companies raise cash to invest: equity. The cost of equity in the Eurozone remains relatively high, he points out. The ECB purchasing shares in certain sectors (such as technology) should boost share prices and lower the cost of equity, compelling companies to invest, growing the economy.

Essentially, the ECB would become an owner of European companies listed on stock exchanges, an effective part-nationalisation of certain companies. That has led to all sorts of fears about the potential market distortions, especially considering the strange effects loose monetary policy has had on bond markets (Austria recently issued a 100-year bond with a yield of just 1.2 per cent, for example).

But the ECB wouldn’t be the first central bank to embark on a programme of buying equities. For the past decade, Japan’s central bank has been buying up its own country’s shares via index-tracking funds. It now owns just under five per cent of the entire market, and is a Top 10 shareholder in 40 per cent of listed companies. While this has caused some jitters, there has been little clear negative impact, as of yet. But central banks around the world buying up shares is sure to have some undesired consequences down the road.

The main problem with all this is that there hasn’t been much of a positive impact for Japan, either. Japan is still suffering slow growth, sluggish business investment and absent inflation.

Indeed, as FT Alphaville’s Jamie Powell points out, the logic of lowering the cost of equity to stimulate investment does not make complete sense. If growth and consumer demand in the Eurozone is poor, businesses will still have little incentive to invest in new projects.

At the same time, with debt as cheap as it is, most companies should have opted for debt to fund investment. As Powell writes: ‘A business is unlikely to use equity finance for a project if debt is cheap, given the dilutive effects of equity issuance. Only a high-growth loss leader, or a financially distressed business, would choose to use equity instead of debt financing in such circumstances.’

But such a business, he notes, could very well be excluded from purchase by the ECB due to the potential risks of owning equity in such a firm.

Maybe Draghi is aware of this and will ignore the calls for an equity-buying programme. He, as of yet, has neither confirmed nor denied that the bank will press ahead with this plan. But it is clearly on the cards.

This sorry state of affairs is emblematic of central banks becoming ‘the only game in town’, to use Mohamed A El-Erian’s phrase. While central banks and loose monetary policy provided much-needed relief following the economic crisis, Western economies appear to have become overly reliant on central-bank policy. This path appears to have become exhausted in Europe.

Extending central-bank policy to the purchase of equities would be an admittance that economic growth on the continent has somehow become impossible without an endless expansion of the ECB’s balance sheet.