How Steve Bannon’s haters helped make him a star

The idea that he is some shadowy mastermind is nonsense. 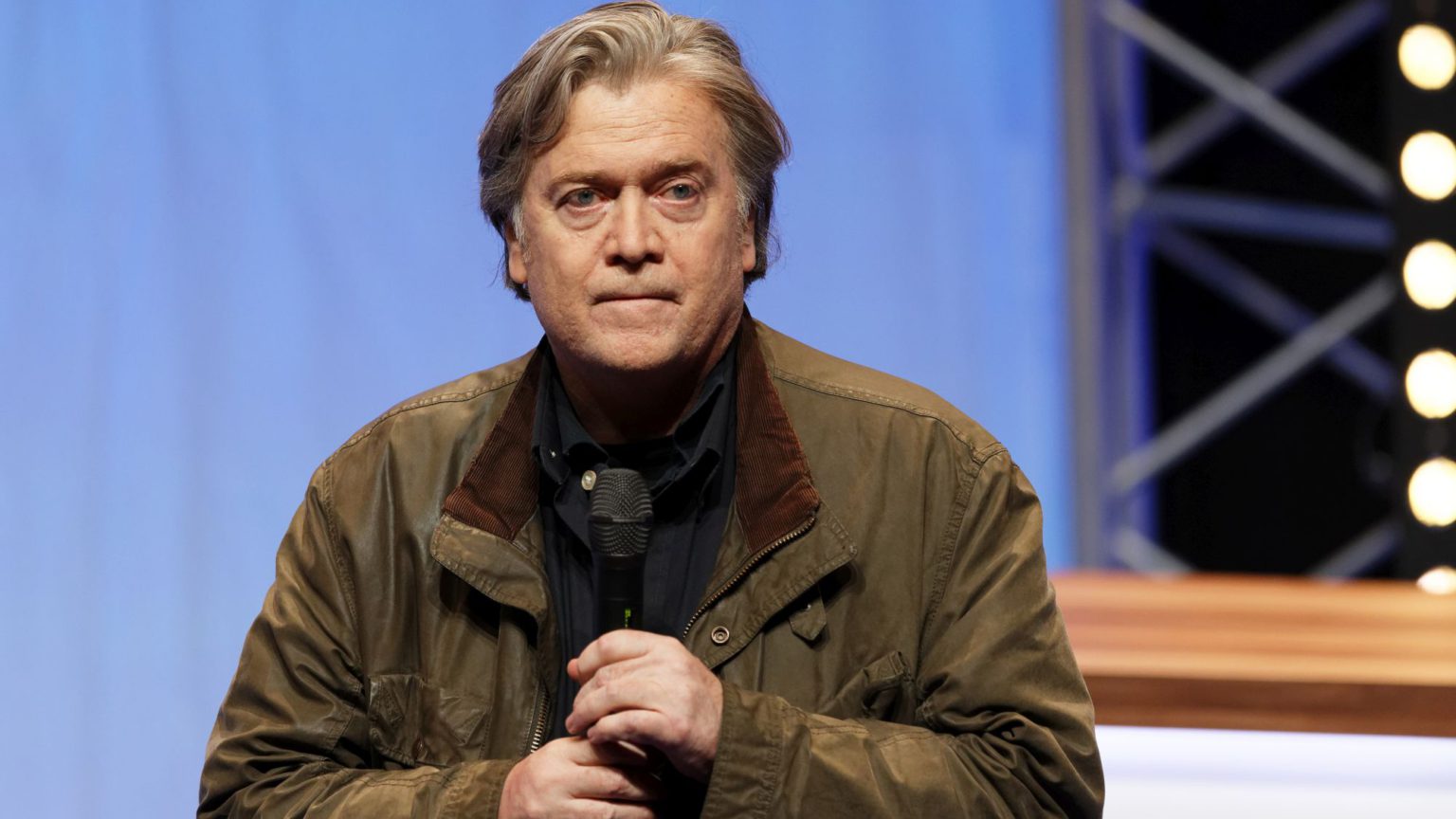 Today the BBC gave an uncritical platform to a fascist. At least that’s what Twitter tells me. This morning, the Today programme aired an excerpt of an interview with former Trump strategist Steve Bannon, and British commentators and politicians lost it. The reliably mental David Lammy MP called Bannon an ‘avowed white supremacist’, as did comedian-turned-right-on-irritant David Schneider. Many more chastised the BBC for broadcasting Bannon’s views.

The slight problem with this is that Steve Bannon – deeply dodgy though he is – is not a white supremacist, and has never said anything remotely white supremacist. In the BBC interview he even, with little success, tried to paint Trump’s plans for The Wall as ‘anti-racist’, in that getting a handle on illegal immigration would, he said, help out hard-pressed African-American and Hispanic workers. That’s not the sort of thing that white supremacists tend to say. But why let what someone actually thinks get in the way of the retweets.

Of course, it’s not just Bannon. Bitching about the Today programme has become the commentariat’s favourite pastime. Whenever a critic of environmentalism is accidentally allowed on or John Humphrys plays devil’s advocate in a discussion about #MeToo, Hampstead Twitter blows its top. Long-reads have been devoted to exploring why this show, their show, is losing its way by inviting on people with views the metropolitan middle classes find distasteful.

But Bannon has clearly hit a particular nerve. It has very little to do with him, and everything to do with what he is thought to represent. Given his association with Donald Trump, his friendship with Nigel Farage, and his desperate attempts to associate himself with the European populist revolts in Italy and elsewhere, he is a punching bag for liberals’ anti-populist fury. Calling Bannon a fascist is another way of expressing disgust with the millions of ‘Deplorables’ across the Western world who are daring to defy their supposed betters.

What is so frustrating about the depiction of Bannon as some neo-Nazi propagandist, a Goebbels in two shirts, is that there are very real reasons to be critical of him. He was allegedly the one who pushed Trump to be more equivocal in his response to the white-supremacist killing in Charlottesville. On the BBC this morning he refused to criticise Trump’s racist ‘go home’ remarks. He seems happy to go easy on prejudice if he feels like it helps him – either to stay on Trump’s good side or to wind up the media at a time when bright lines need to be drawn, as they were after Charlottesville.

The kneejerk accusations of bigotry obscure what Bannon really is. He is not an unreconstructed racist, but a right-wing culture warrior in an age in which accusations of racism have become the left’s weapon of choice. Trump supporters are not a bunch of backwater bigots. But having had that epithet repeatedly thrown at them, they have become defensive. They are more likely to give Trump’s genuinely racist remarks the benefit of the doubt because of all the times his more innocuous remarks have been denounced out of hand. Bannon understands this. He too would rather let the dodgy things Trump does and says slide than give an inch to the other team.

But what is doubly frustrating about Bannon’s haters is the way they play into his hands. He is desperate to present himself as some populist mastermind, when the truth is far more embarrassing. Yes, he was instrumental in Trump’s election campaign, but he soon became isolated in the White House. He launched the Movement, a kind of consultancy for nationalist parties in the run-up to the EU elections, but it was shunned by most key players. The two-bit outfit, run out of a friend’s Brussels mansion, eventually had to hit the brakes after Bannon realised his activities would be in breach of electoral law in various European countries.

Much has also been made of his supposedly close relationship with Boris Johnson. Bannon says he gave Johnson advice on the speech he gave after resigning from Theresa May’s cabinet. But Johnson has called claims of close links between the two ‘complete codswallop’, and he has been backed up by journalist Michael Wolff – who has profiled the PM and whose book about Trump, Fire and Fury, was based largely on interviews with Bannon. Wolff says that Bannon co-opted him as an intermediary to set up a meeting last summer, but Johnson rebuffed Bannon’s advances.

Across the media, people overestimate Bannon’s influence. Whether they’re denouncing him as a fascist or lining up another hour-long interview, convinced he holds the key to why politics has gone haywire, they feed this fantasy that he is some ‘great manipulator’.

The idea that a former close aide of the president of the United States should be shunned and No Platformed by journalists and broadcasters is obviously ridiculous. And the accusations thrown at Bannon and the BBC today only show how unhinged sections of the British commentariat have become. But at the same time, let’s not feed Bannon’s delusions of grandeur. This fascination with him has done more to inflate his ego than deepen our understanding of the political moment he claims to represent.