Elizabeth Day’s book How to Fail is ridiculous. 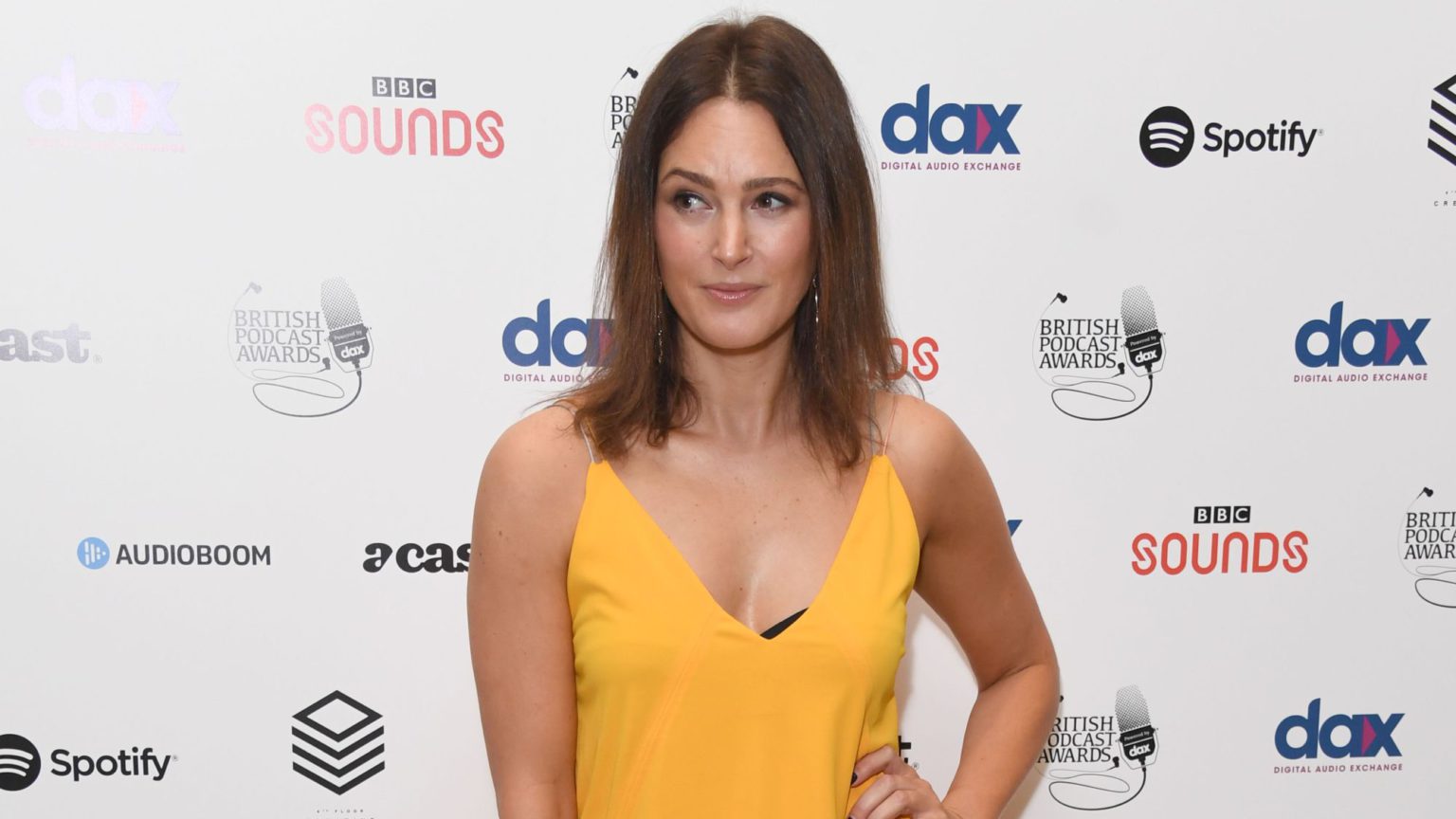 I bought this book because it is one of those books forced on you by the bookshop. You know the books I mean. This one became a No5 Sunday Times bestseller after being on sale for three days. The cover spoke to me. ‘How to Fail’, it said, and I thought, ‘Yes. Always sacked. Ever dumped. Writing stuff I’m not even paid to whilst very clearly drunk – finally here’s the book for me. Surely it will have some galvanising tips…’ So I rushed home and read each page – with mounting bewilderment:

If Elizabeth Day knows the first thing about failure, I am going to have to kill myself.

These days, it’s not just superhero movies that spawn franchises. How to Fail is the book based on the phenomenally popular podcast. (You can also go on the tour and buy the t-shirt.) When the first episode went live, Day recalls, ‘it attracted thousands of listeners overnight. The second saw it catapult to number three in the iTunes chart… By the end of eight episodes, I had somehow accumulated 200,000 listeners and a book deal.’ Every week, she interviews a famous person who – on this evidence – has never failed at anything, either.

‘When The Miniaturist [her first novel] was hugely successful, the biggest success I’ve ever had, it was almost too much. “Well, I’ve tried to write a book and, oh, it’s an international bestseller.” What now? Who am I’

‘I thought perhaps I ought to get a first… I was just confused… I wouldn’t say I have got over it really.’

Actress Nicole Kidman admits that ‘instead of rejoicing’ when she won an Oscar, ‘she felt flat and disillusioned’.

While poor Phoebe Waller-Bridge reveals ‘wretchedly’ that she no longer has ‘an alabaster forehead’ and ‘struggled to get the parts she wanted at RADA and felt so broken down by her tutors that she lost confidence and spent much of her twenties failing at auditions or being typecast as the posh, hot girl until she began writing her own material’.

‘When [Gina Miller] took the government to court over Brexit, she simply didn’t have time for a bikini wax or a pedicure – and she was fine with that.’

The theory behind all this cunningly disguised boasting is that it will be helpful to us – the fast failing masses. ’When you hear a successful person – someone who, from afar, might seem to have everything – be open about their failures, it is inclusive, not exclusive’, Day explains.

‘Maybe so, maybe so’, I muttered, while trying not to throw myself out of the window, ‘if your notion of “failure” consists of walking around with an unkempt undercarriage and 10 toenails-worth of chipped nail polish, this book must be a very great comfort.’

For the rest of us (who fear that we really are, in various senses too sad to rehearse, big fat fucking failures) the experience is much like thinking you can rid yourself of violent back pain by paying someone to pummel it out of you, only to lie there feeling a thousand times worse and struggling not to scream. Perhaps this book is intended to help us let go of all our pent-up feelings of failure by fully immersing us in the fact that, no matter how hard we try in life, we are none of us, ever, going to get to be Elizabeth Day. So why bother trying at all?

But this is not an opinion that has been expressed – anywhere – in the ecstatic reviews, and I did start to worry that my perspective might be tarnished by psychotic jealousy. So I did what I always do when no one agrees with me about the books that strike me as over-hyped: I looked at the one- and two-star reviews on Amazon.

‘I don’t think I’ve read about so many achievements – professional, academic, sexual and social’, says one woman, who spends a lot of time apologising for her point of view which she knows to be wrong. ‘Nearly every page there’s a reminder of one or more triumphs, including how well Day did at Cambridge, how many amazing and utterly devoted friends she has (many of them celebrities), how well her career as a journalist has gone, how short her periods of singledom have been (two months only until the age of 36…), how admired her novels are and how easy it was to get freelance work once she’d left the Observer… it can certainly (unintentionally, I’m sure) make readers feel inadequate – I ended up in tears and had to be comforted by my partner at one point, as I felt that I’d clearly failed in various aspects of life.’

For me, there were several passages that really took a plate of biscuits. Such as the chapter ‘How to Fail to be Gwyneth Paltrow’ in which Day steam-cleans her vagina.

Or the blow-by-blow account of the (only) time she failed her driving test:

‘The examiner turned to me, unclicked her seatbelt and uttered the words “I regret to inform you…” as if she were a telegram boy delivering news of a dead soldier on the Western Front.’

Or the point at which she goes to a public school in Belfast at the height of the Troubles, insists on speaking in a cut-glass English accent and discovers (‘shatteringly’) that a boy in her year ‘doesn’t fancy’ her because ‘she’s English’:

‘He wasn’t even a particularly attractive specimen. I didn’t fancy him because he had a ruddy complexion and always smelled vaguely of uncooked sausages. Still, his rejection cut me to the core.’

Or the time she gets 47 per cent in a Chemistry exam:

‘A shame so acute it haunts me still, three decades later.’

She begins sentences with lines such as:

‘I have often been asked at literary festivals…’

‘I thought that if I put enough time in, worked hard, did my best and if my parents threw money at any given problem, success would automatically follow…’

[Spoiler alert: it does.]

There’s also a chapter on ‘Failing at Sport’:

‘I just wasn’t very good at tennis… I wasn’t even properly bad. Instead, I was just mediocre, which was almost worse.’

It is hard to choose the custard cream, but for me, I think, it’s when Day opines that her new (amazingly amazing) boyfriend has called her ‘big’. Now Elizabeth, as she frequently reminds us, is very, very tall. Whereas I am knee-high to a garden gnome. So I did think the boyfriend meant ‘big’ like in the film Big in which Tom Hanks stands head and shoulders above his contemporaries. But then I’m always kinder to men than the bastards deserve, so I would have got on board with Day’s interpretation…

‘I couldn’t let go of the “big” comment, of the idea that he might think of me as some lumbering, flubbery creature who could barely roll out of bed owing to the gargantuan weight of her thighs or the unappealing broadness of her shoulders.’

…had she not followed up, mere paragraphs later, with:

‘I was once scouted by Select as a teenager and had a brief stint as a model when I was at university.’

(In her You magazine column, she still looks like a supermodel.)

Amid all this, there are also very moving passages in which I felt desperately sorry for her. IVF treatment doesn’t work, she suffers a miscarriage and a broken marriage. And though these are misfortunes, not failures, I would have continued feeling desperately sorry for Day if she had said that – deep down – she felt this all so keenly. But she soon insists that none of this is failure at all, blames the fact that she’d temporarily thought so on ‘society’, and I reverted to wondering why in hell she’s produced a whole book on failure when she has never, in any meaningful way, ever failed at anything at all.

But then, it’s part of a trend. There used to be a vogue for misery memoirs – now we have middle-class memoirs. According to the Sutton Trust’s report on the elite in 2019, 13 per cent of people who work in publishing are working class. Judging by the sheer number of books like Day’s, I can’t help but suspect that very few of the remaining 87 per cent even went to state school – like 93 per cent of the rest of us.

‘I wouldn’t have the published books, the journalism awards, the joy of seeing my name in print without a borderline-obsessive work ethic fuelled by outsidership. And maybe I wouldn’t have such a wonderful circle of dear friends’, Day concludes.

‘Outsidership’? One howls at the moon. ‘You’re the emblem of the all-conquering English public-school system in spoken word poetry.’

So if you’ve googled how to cope with failure and have ended up here, here’s my advice on how to overcome the odds you face. Look to those who experienced failure in the past, who can tell you what it means. Then repeat to yourself:

How To Fail: Everything I’ve Ever Learned From Things Going Wrong, by Elizabeth Day, is published by Fourth Estate. (Buy this book from Amazon(UK).)