Rod Liddle's witty, passionate polemic strikes at the heart of the Remainer elite. 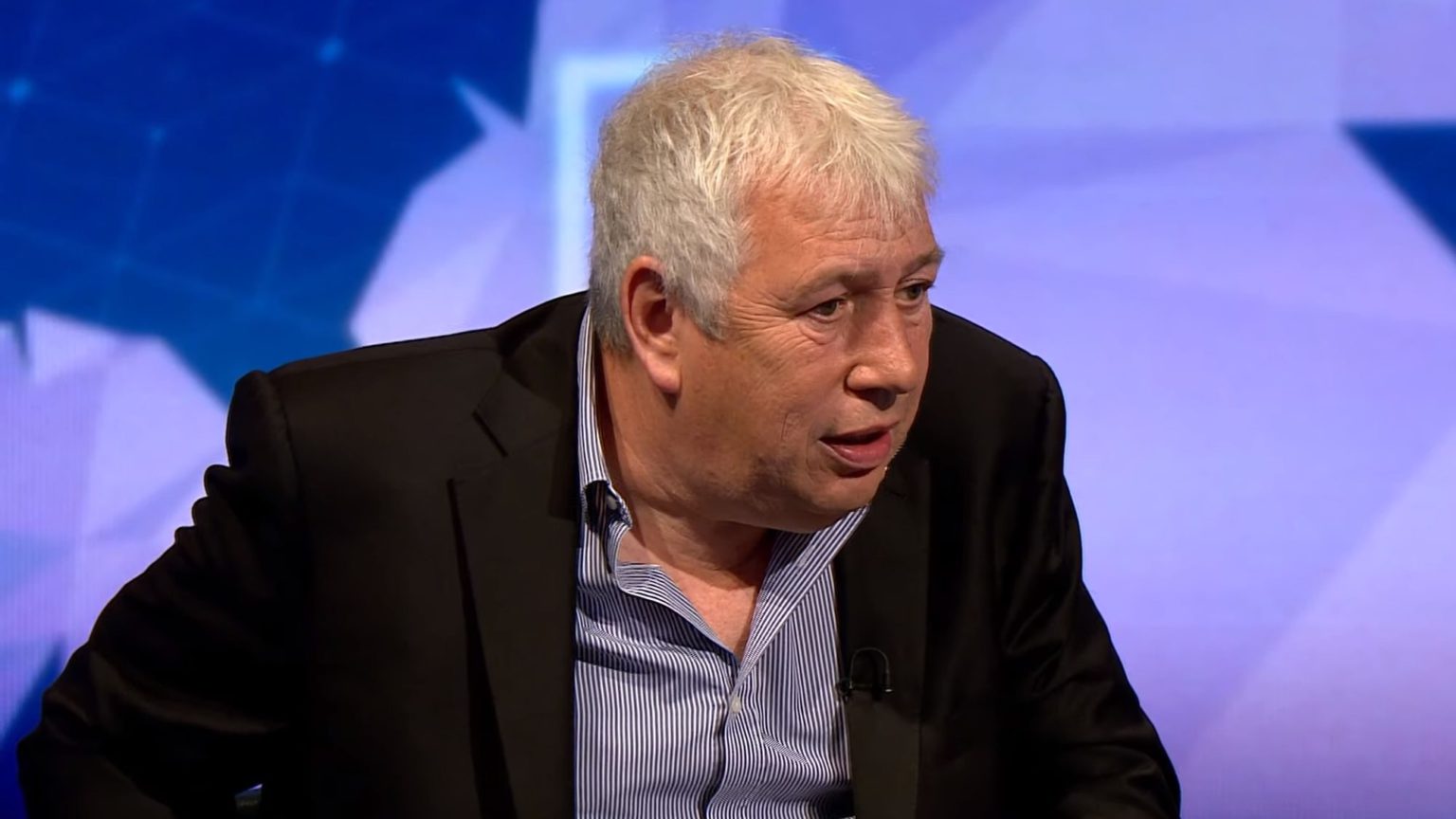 In his new book, The Great Betrayal, Liddle lets rip. His target is not the EU, although the likes of Jean-Claude Juncker come in for some well-deserved stick: ‘I do not think that the UK should be told what to do by a regularly half-cut superannuated Luxembourgish bureaucrat who couldn’t even make a decent fist of running his own microscopic satrapy.’ No, the betrayal angering Liddle lies much closer to home: it stems from London, not Brussels.

The Great Betrayal details all the ways the referendum result has been rejected, contorted beyond all recognition, ridiculed and ignored by our own political class. Liddle then demolishes each one. Take the Remainer old chestnut that a majority of the British didn’t actually vote to leave the EU: ‘No, indeed, they didn’t. But we have a habit, in this country, and in most democracies, of counting up the votes of PEOPLE WHO HAVE VOTED – not the ones who didn’t. An odd arrangement, but there we are.’

Those who have followed every twist and turn in the slow strangulation of Brexit will find few revelations in The Great Betrayal. But what is new, and what makes this book worth reading, is Liddle’s capacity to cut through the waffle that too often passes for analysis with straightforward common sense. There have been numerous explanations offered as to why people voted to leave, each more patronising or insulting than the last. But as Liddle says, ‘The only definite conclusion we can reach is that 17.4million British citizens voted to leave because they did not much like the European Union’. It’s hard to argue with that.

This same blunt common sense is applied to the interminable wrangling over the Irish border and, specifically, the idea that customs checks on goods travelling between north and south might reignite the Troubles: ‘It is a ludicrous hypothesis. The British had never envisaged border checkpoints with barbed wire, landmines and British soldiers armed with machine guns. Nor was there the slightest suspicion that we would need to return to that state. Why would we?’

Liddle is clear about his own reasons for voting Leave, although he acknowledges it wasn’t a decision he arrived at easily. ‘The stuff that really compelled me to vote Leave was the nature of the EU and its aspirations, and my belief that the nation state is a preferable means of government – for us – to any other.’ That this even needs saying shows how widely and automatically the nation state is now disparaged by the commentariat.

Here we land at the source of the great betrayal: our very own cultural, social and political elite. Obviously, first and foremost among this contemptible bunch come politicians of all stripes. Many of them, Liddle notes, are perfectly clever but have no knowledge of public opinion and ‘too little faith in their own principles, if they have any’. This combination of cowardice, incompetence and belligerence shaped May’s disastrous deal and her determination to push it through a reluctant Commons.

But, as Liddle makes clear, it is not just parliament that is out of kilter with the rest of the population: 96 per cent of the ‘creative community’ voted Remain, as did 93 per cent of the academic community. ‘The liberals also run the BBC, our universities, almost all government quangos, academia and the teaching profession’, he says. At the head of every social, cultural and political institution the same type of people share the same outlook on the world. And it does not encompass leaving the EU.

Liddle really gets into his stride when it comes to finding fault with the BBC for its partisan, liberal output. He’s delightfully scathing of the ‘reality check’ operation, ‘used by the BBC to deliver a verdict on everything’, which he writes off as a ‘patently absurd and insultingly simplistic confection’. ‘The uncomfortable truth’, he continues, ‘is that there is no single discernible truth – and certainly not when we’re dealing with predictions for the future made by institutions with skin in the game’. The problem for the BBC is that the people in charge don’t think they are being political at all; as everyone they encounter thinks the same way, they assume their view is simply the norm.

Liddle gets away with being angry because his rage is directed at the right people. His target is not the millions of Remain voters; it’s not even those Remainers who signed a petition or turned out for a march to stop Brexit. His ire is firmly directed at ‘that hard core of Remainers impervious to argument, aloof from discussion, perpetually furious’. To be even more specific, Liddle is taking aim at ‘the three to five million elite who have done everything in their power to overthrow Brexit with no idea why people voted for it’.

It helps that throughout The Great Betrayal Liddle’s anger is matched by humour. John Major is described as that ‘perpetually snippy Goliath among statesmen’. Everyone’s favourite constitutional democrat, Gina Miller, ‘slept for only thirty-six minutes’ the night of the referendum result, Liddle tells us, ‘so aghast was she at the result’. On noticing her grief the next morning, one of her children apparently said to her: ‘But you’ll do something, Mummy – you always do.’ Liddle retorts, ‘I’d have liked the kid more if he’d said: “Never mind, Mummy. It’s the will of the people, democratically expressed. Now pass the fucking cornflakes.”’

What makes this book such a pleasure to read is that Liddle’s anger is tempered by humanity. He has a genuine warmth for people who are outside of the political elite – and who don’t work for the BBC. Friendship is offered to those who voted Remain, and still want the UK to remain in the EU, but who think the referendum result must be upheld. Liddle opens a window on to the views of people who are usually either ignored by journalists or patronised in anthropology-style, field-work observations. Many Leave voters will now be asking themselves what the point is in voting, Liddle tells us: ‘We did vote. And look what happened. That is what I hear in my home town, in Middlesbrough, all the time. What is the point?’

The Great Betrayal is an acerbic polemic with a large heart at its centre. Liddle plays to the choir rather than to those who are most likely to disagree with his thesis. But as it’s a choir that has, for the past three years, been ridiculed and insulted, it is well deserving of a tune.

The Great Betrayal, by Rod Liddle, is published by Constable. (Buy this book from Amazon(UK).)