Tommy Robinson was not ‘convicted of journalism’

But why has he attracted more opprobrium than the Muslim grooming gang he filmed leaving court? 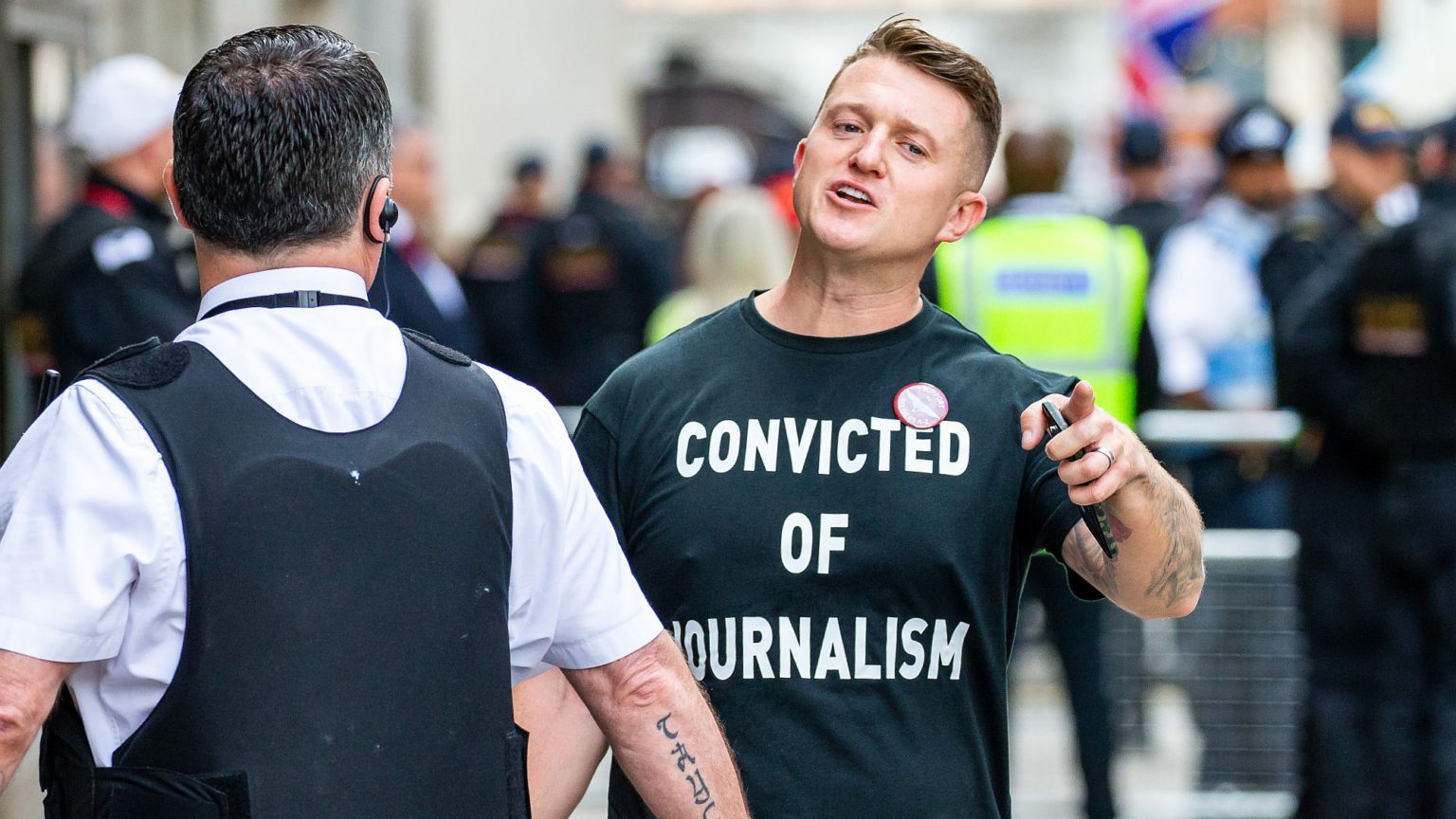 Tommy Robinson, the ex-leader of the English Defence League, has been sentenced to nine months’ imprisonment after being found guilty of contempt of court. Two Old Bailey judges concluded that Robinson’s decision to film the defendants in a grooming-gang trial, outside Leeds Crown Court in May 2018, not only interfered with the trial but encouraged ‘vigilante action’.

One can see why the judges thought so. Robinson approached the defendants last year as they arrived at court demanding to know their thoughts on the trial, and then asked why the press was not harrassing them as it had harrassed Robinson – which the judge deemed, given the wider context, to be an invitation to Robinson’s supporters ‘to engage in vigilante action’. The trial was covered by reporting restrictions which made it illegal to report details of the case until its conclusion.

Ever since the verdict, Robinson’s supporters have claimed he is the victim of state oppression. Commentator Katie Hopkins claimed Robinson had been ‘convicted of journalism’, echoing the words on the t-shirt Robinson wore to his own sentencing. Geert Wilders, the Dutch far-right politician, said Robinson had been handed a ‘death sentence’ and invited world leaders to intervene. Robinson’s detractors have been even more vocal, celebrating his conviction as a victory against fascism and intolerance.

Robinson was ill-advised to report on the Leeds Crown Court trial in the way he did. The idea that his conviction for contempt of court is evidence of state oppression rather ignores the fact that Robinson himself knew he risked imprisonment when he decided to broadcast the footage of the defendants. He knew that the trial came with reporting restrictions, and he still decided to risk breaking them.

But his supporters do have a point about the level of media hatred thrown at Robinson, compared with the media’s treatment of predominantly Muslim grooming gangs. In the aftermath of the Rotherham sex-abuse scandal in 2013, the police’s cultural sensitivity towards the perpetrators, who were mainly Pakistani Muslim men, was identified as a reason why the gang was not stopped sooner. Labour MP Denis MacShane, who was MP For Rotherham between 1994 and 2012, accepted that there was a ‘culture of not wanting to rock the multicultural community boat’, which prevented him from raising the issue with local police.

Indeed, it is bizarre that Robinson has attracted more opprobrium from the commentariat than the Huddersfield grooming gang he was reporting on. The men involved were convicted of offences that the judge described as sitting at the ‘top of the scale’ of severity. One of the victims, who were almost all white working-class girls, was abducted from a care home, given ecstasy and then made to perform sex acts on the men. The outpouring of loathing for Robinson both ilustrates the skewed moral compass of many of his detractors, and also highlights the mainstream media’s fear of confronting predominantly Muslim grooming gangs.

Robinson was not ‘convicted of journalism’. However, he was convicted under laws which place overly stringent restrictions on what can be reported. The Contempt of Court Act 1981, which created the reporting-restrictions regime, gives the court the power to order the postponement of reporting where this is ‘necessary to avoid a substantial risk of prejudice to the case’. What underlies these provisions is the idea that a jury is liable to be unfairly influenced by media coverage of the case it has been tasked with adjudicating.

Yet there is little actual evidence that jurors are significantly influenced by what they read in the media. Research published by the Home Office in 2010 into juror decision-making claimed that jurors found media coverage about their case ‘difficult to put out of their minds’. But it did not find any connection between media reporting and case outcome. Juries are heavily directed by judges to disregard anything except the evidence before them in the courtroom.

It is true that Robinson risked collapsing the trial. The lawyers for these men could have claimed that their trial was being prejudiced by Robinson’s actions, as two, in fact, did, albeit unsuccessfully. But the bigger problem here was that this trial, precisely because of the reporting restrictions, was made vulnerable to accusations that the jury could be prejudiced. We should be more trusting of jurors to distinguish between evidence and reporting, rather than simply locking people like Robinson up for reporting a particular case.

Robinson did a stupid thing in reporting in the way he did. He knew he was in danger of flouting reporting restrictions. The mere possibility of undermining the trial of these men means he should have been more wary. But his case has revealed that certain sections of the media find it easier to sling hatred at Robinson than engage in an honest debate about why these vile sex-abuse gangs exist. Perhaps, in his limited way, Robinson has a point.

Corrections: The original version of this article stated that Robinson directly asked his supporters to harass the defendants, whereas in fact the judge interpreted some of Robinson’s comments as an invitation to his supporters to harass the defendants. The original version also described the Huddersfield grooming gang as a Muslim grooming gang, when it was a predominantly Muslim grooming gang. And it stated that lawyers for the defendants could have claimed that the trial was being prejudiced by Robinson’s actions, which would have caused it to collapse. Two of the defendants’ lawyers did in fact claim this, but were unsuccessful. The article has been amended to clarify these points.