The truth about bussing? It failed

US schools are as segregated today as they ever have been. 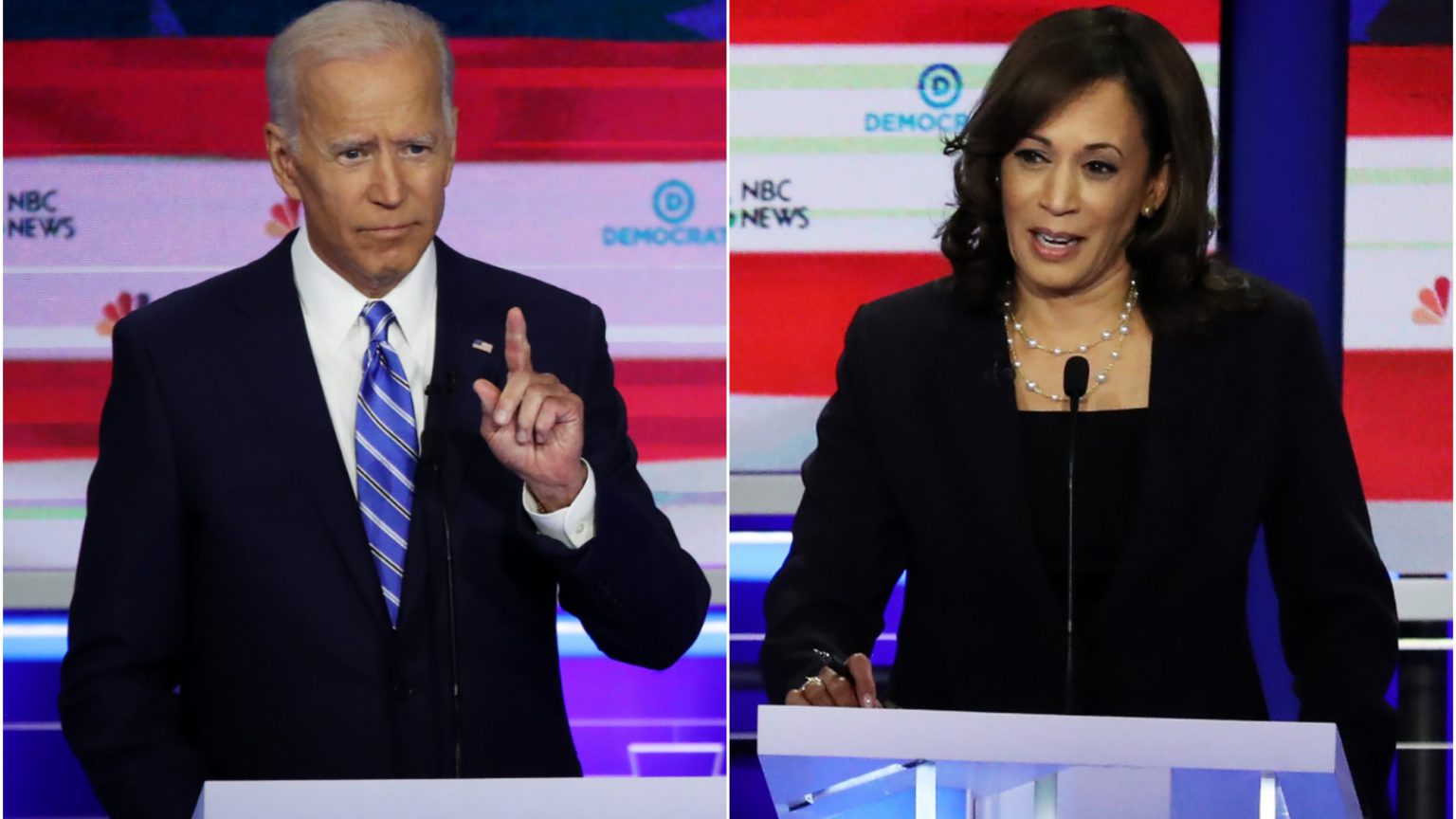 The Democratic presidential race has so far been a damp squib. Perhaps the most politically interesting moment of the Democratic debates so far – at least, as measured in column inches – was Kamala Harris’s attack on Joe Biden for having opposed federally mandated bussing in the 1970s.

Two weeks back, at the second Democratic primary debate in Miami, Florida, Harris put Biden, the current front-runner and former vice-president, on the spot about bussing – a strategy to integrate schools by bussing children from black and minority areas to predominantly white schools, and vice versa.

Harris – who won the debate if post-debate polling is to be believed – dramatically personalised her attack. She reminded Biden of earlier comments he had made, reminiscing about his working relationships with Southern segregationists. She said ‘it was hurtful to hear you talk about the reputations’ of senators ‘who built their reputations and career on the segregation of race in this country’.

She then moved on to bussing: ‘And it was not only that, but you also worked with them to oppose bussing. And, you know, there was a little girl in California who was part of the second class to integrate her public schools, and she was bussed to school every day. And that little girl was me… Vice-president Biden, do you agree today – do you agree today – that you were wrong to oppose bussing in America, then? Do you agree?’

Biden, though he must have seen it coming, was unnerved. After the debate, Harris stressed it was ‘just wrong’ that Biden is yet to apologise for opposing court-ordered bussing in the 1970s. But, interestingly, she refused to endorse its use today. While school segregation is still an issue in America, getting the government to order bussing again is generally not the top priority for activists. Biden was not wrong when he commented: ‘Bussing is something 99 per cent of the American people don’t even know what we’re talking about.’

In America, buses made the modern public-school system possible, enabling the one-room schoolhouse to be replaced with large elementary and high schools. But buses were long used in the South – as well as in New York, Boston, and many other northern cities – to maintain segregation.

School segregation did not just occur in the South, where it was mandated by law. African-Americans lived in segregated neighbourhoods in northern and western cities, and the schools they attended reflected their isolation. Moreover, Southerners resisted the order by the Supreme Court in the Brown v Board of Education decision in 1954 to desegregate schools, creating ‘freedom of choice’ and other plans to thwart desegregation.

Some areas began their own bussing schemes, including the programme Kamala Harris was part of in Berkeley, California in 1969. (To be fair, the fact that Harris’s parents were a Stanford economist and Berkeley cancer researcher might have helped her educationally in any case.) But Berkeley’s system had been operating for several years and Martin Luther King Jr wrote that when he heard about Berkeley’s bold integration plan, ‘hope returned to my soul and spirit’.

The resistance and lack of progress made elsewhere, however, encouraged the courts to take a harder line. In 1968, the Supreme Court’s Green v County School Board of New Kent County ruling ordered school boards to eliminate segregation ‘root and branch’. Then, the 1971 decision, Swann v Charlotte-Mecklenburg Board of Education, declared that bussing could be mandated by federal courts to achieve racial balance. Such efforts did ensure that schools desegregated; on Richard Nixon’s watch, more schools were desegregated than under the previous three presidencies.

Bussing schemes were always met with resistance. But federally mandated bussing created a huge groundswell of resistance by 1972, when Biden first became a Senator for Delaware. Grassroots organisations of parents protested that their children were taken away from their friends and sent miles from home; meanwhile, wealthier whites could send their kids to private school. But as noted in the NAACP’s 1972 pamphlet, provocatively titled It’s Not the Distance, ‘It’s the Niggers’: Comments on the Controversy over School Bussing, racist sentiments were a big part of the backlash.

Biden waded into the issue in 1975: ‘The new integration plans being offered are really just quota systems to assure a certain number of blacks, Chicanos, or whatever in each school. That, to me, is the most racist concept you can come up with. What it says is, “In order for your child with curly black hair, brown eyes, and dark skin to be able to learn anything, he needs to sit next to my blond-haired, blue-eyed son”. That’s racist!’

Given that school quotas for students in those days did characterise them by the colour of their skin, Biden’s accusation stands. But the key question in all this is: were these programmes successful? Not surprisingly, they failed. Without other comprehensive measures to integrate African-Americans, they had no chance.

According to a 2013 report by the Economic Policy Institute, African-American students ‘are now more isolated than they were 40 years ago’. A debate about what some have called ‘resegregation’ of schools rumbles on. But few dispute that a shocking degree of segregation continues in America’s K-12 education.

One researcher’s analysis of data from the National Center for Education Statistics suggests that the number of segregated schools (defined as those in which less than 40 percent of students are white), approximately doubled between 1996 and 2016. And according to a UCLA report, Brown at 62, between 1988 and 2013 the percentage of ‘intensely segregated’ public schools, in which 90 per cent or more of students are minorities, rose from 5.7 per cent to 18.6 per cent.

So why bring up a failed policy that, as the Washington Post commented, is surely an anachronism in 2019? Because of identity politics. Biden is vulnerable on issues like race, despite his nearly impeccable record on civil rights. His defensive responses to Harris’s challenges have boosted her standing. This is despite her record as a keen incarcerator of African-Americans when she was attorney general of California, which is surely worse than anything Biden is directly responsible for.

It is now America’s racial past that is on trial, and Biden – though he has probably played as progressive a role as anyone – is tainted. Bussing rises from the policy graveyard not because it is any solution to the problems of 2020, but because it is a way for Harris to establish that she was a victim and Biden a victimiser.