A war no one can win

Team Trump’s absurd obsession with Iran could have terrible consequences. 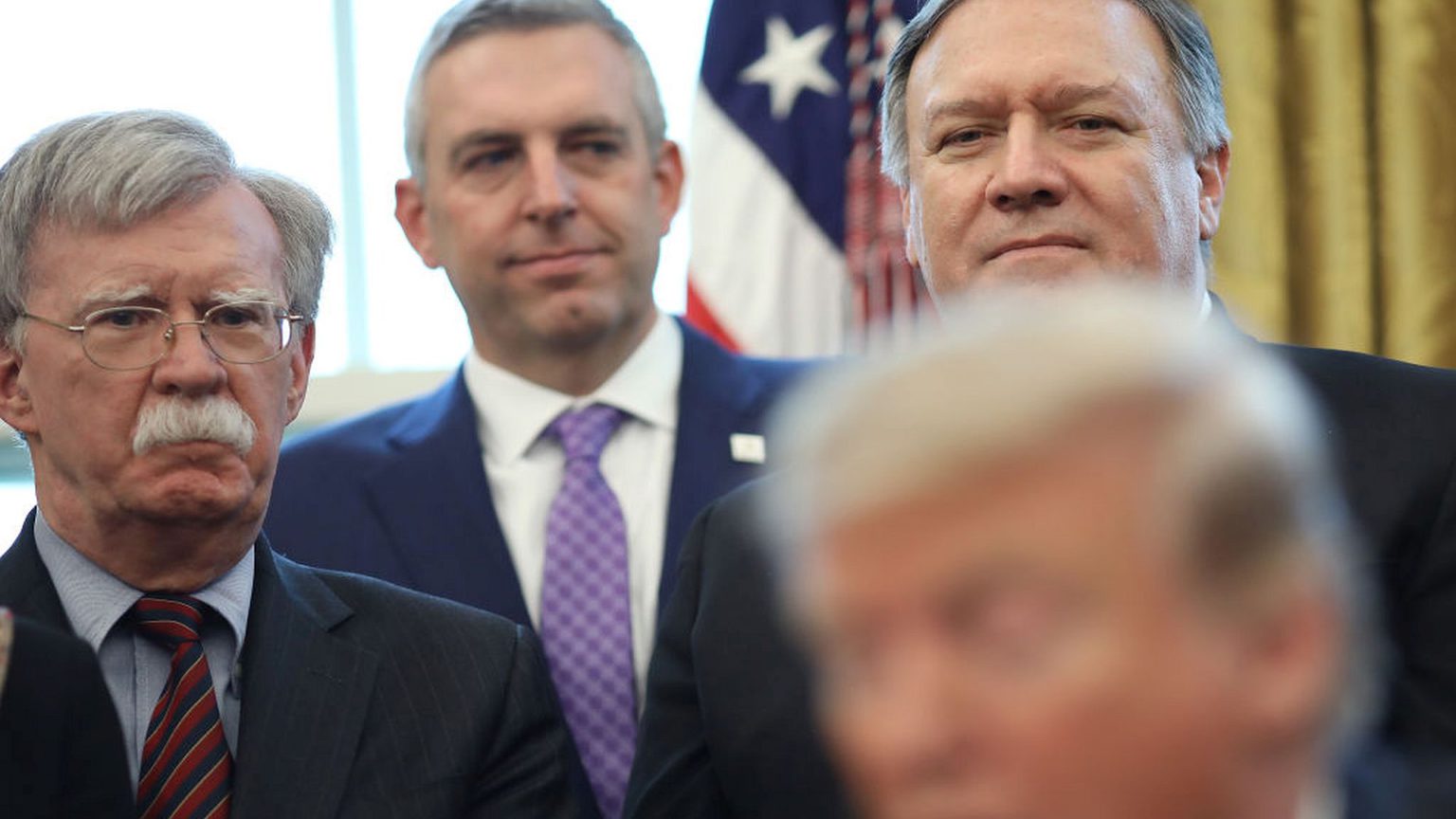 There has been a grim predictability to the escalating conflict between the US and Iran. It is as if this is what US president Donald Trump and his team wanted all along: a casus belli, a reason to get stuck into the Islamic Republic, a chance to mount a presidency-defining intervention.

Because now, following Iran’s threat to increase the production of enriched, and therefore potentially weapons-grade, uranium, and allegations that the Revolutionary Guards attacked oil tankers in the Gulf, the US is acting like it has that reason, that chance, to attack Iran. So 1,000 extra US troops have been despatched to the Middle East, to supplement last month’s deployment of an aircraft carrier and other military assets. And, with that, the drum beat to a war no one can win becomes ever louder.

The US is keen to present its military build-up as a response to Iran. That, at least, is the ploy. But, lest there be any doubt, the US is not reacting to events – it is driving them.

This is clear from the fact that Trump himself, alongside Mike Pompeo, the US secretary of state, and John Bolton, the US national security adviser, have always been absolutely convinced of the need to face down Iran’s theocratic regime. Not because of evidence of regional perfidy, or intelligence suggesting Iranian plots afoot. But because of an animus towards Iran that reaches deep into the psyche of the US foreign-policymaking establishment.

Listen to Bolton in 2007 talking of his hope that President George W Bush was going to launch a military attack on Iran. Or Bolton, again, on the eve of his appointment as national security adviser, calling for the ‘overthrow of the mullahs’ regime in Tehran’. Or Pompeo in a 2016 op-ed demanding that Congress ‘act to change Iranian behaviour, and, ultimately, the Iranian regime’. The objective has always been, as it was with the Iraq War, regime change.

This is not, then, about Iran’s putative nuclear programme, let alone the ‘very bad’ nuclear deal Trump and his acolytes love to decry. Rather, it is about sections of the US political establishment’s decades-long antagonism towards Iran, an illiberal theocracy the US and the UK did much to lay the groundwork for in 1953, when they organised a coup against Iran’s democratically elected prime minister Mohammad Mosaddegh, paving the way, two decades later, for the anti-Western response: the Iranian Revolution.

Because from that moment, Iran was a thorn in the side of the US and, to a lesser extent, the UK. Not because it was a brutal, coercive theocracy, but because it wasn’t the West’s brutal, coercive theocracy. That accolade fell to Saudi Arabia, which – alongside assorted military dictatorships such as Egypt, and even for a time in the 1980s, Saddam Hussein’s Iraq – attempted to impose the kind of order and stability amenable to Western powers. But Iran has always proved troublesome, a redoubtable, US flag-burning outpost amid a sea of states bearing arms made in the US and the UK.

Now that US animus, that obsession with the huge fly in the regional ointment, has morphed into a full-blown conspiracy theory. Iran has become a ‘murderous regime’ and ‘the leading state sponsor of terror’, as Trump put it last year. It is accused of ‘fuel[ling] conflicts across the Middle East, and support[ing] terrorist proxies and militias such as Hezbollah, Hamas, the Taliban, and al-Qaeda’. Every deleterious event, every destabilising moment in the Middle East, from Israel’s conflict with Hamas to the rise of al-Qaeda and, no doubt, its spin-off ISIS, is being laid, implausibly, at Iran’s door.

No mention is made of the far more significant role of Saudi Arabia in the development of al-Qaeda, and the Wahhabist creed that informs so much Islamist terrorism, let alone its years-long destruction of Yemen. Nor is there any mention of the direct involvement of Western powers in the destabilisation and devastation of the region over the past two decades, from the wars in Afghanistan and Iraq to the ongoing conflict in Syria. But then that’s the point of conspiracy theory, it explains through simplification and scapegoating.

This conspiracist mindset now stands in for intelligence gathering. So from the start of Trump’s presidency, Iran’s guilt has always preceded any evidence. In 2017, it was reported that Trump was urging intelligence officials to come up with proof (to no avail) that Iran had violated, and therefore voided, the nuclear deal. This year, Team Trump has compiled an equally dubious charge sheet against Iran, including: the sabotage of four oil tankers off the UAE coast last month, the evidence for which Bolton is still to present to the UN security council; a drone attack on Saudi oil pipelines, for which Yemen’s Houthis claimed responsibility; and a missile that fell within the vicinity of the US embassy in Baghdad.

Add to these last week’s attack on two oil tankers, which Trump and Pompeo immediately attributed to Iranian mines – despite the crew of one ship reporting seeing airborne projectiles, and the tanker’s Japanese owner pointing out that the damage to the hull was inconsistent with that usually inflicted by a seaborne mine – and you have what looks like a concerted, evidence-lite attempt on the part of Team Trump to present Iran as some sort of ultra-powerful rogue state. This is all very much in the spirit of neocon Karl Rove’s infamous claim that ‘when we [the US] act, we create our own reality’.

Not that Iran’s rulers are blameless, of course. Iran is a harsh regime that largely rules through force, as those Iranians now protesting their economic hardship and lack of freedom know only too well. It is also an embattled regime, desperately protecting itself from unrest and dissent from within, and sanctions and conflict from without. So it seeks to secure itself, building up a nuclear deterrent, involving itself in other territories, from Syria to Iraq, and allying itself with other Shia groupings, from Hezbollah in Lebanon to the Houthis in Yemen. But it does not control these groupings, as a puppeteer controls marionettes. They all have their own local grievances and motivations, their own specific objectives and ambitions. So even if the US, through an unimaginably difficult war, were able to rid the Middle East of this supposed evil, this alleged power behind all regional thrones, it would soon discover that Iran never was what the likes of Bolton and Pompeo desperately imagine it to be.

But then it shouldn’t require a cataclysmic war, or even the threat of one, to realise how dangerously absurd this obsession with Iran has become.