The EU’s war on African migrants

Everyone’s outraged by Italy imposing fines on migrant rescuers – but the EU contributed to this. 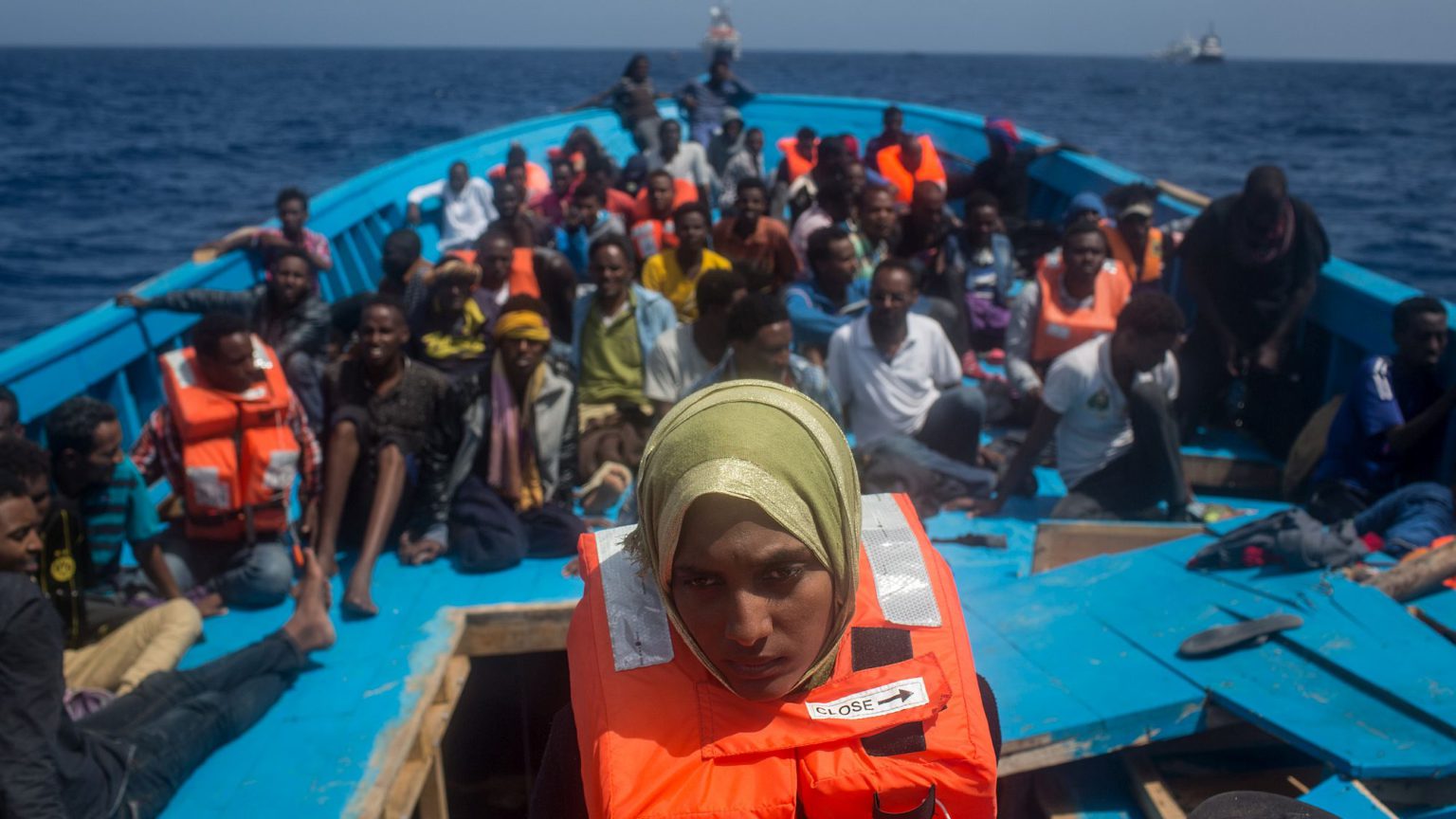 A new government security and immigration bill was signed into force by Italy’s president Sergio Mattarella on 14 June 2019. According to the bill, boats entering Italian waters in violation of international law or ignoring the orders of the Italian authorities can be fined between €10,000 and €50,000.

The bill does not mention migrant rescue boats, but they are clearly the focus of the bill. The bill was drafted by Matteo Salvini, the deputy prime minister and leader of the League party in the governing coalition. ‘I have just signed a document to apply the new security on their vessel’, said Salvini in relation to a migrant-rescue boat. He added: ‘They say they are good, but they are kidnapping women and children in the middle of the sea.’

Salvini made these statements after the German NHO ship, Sea Watch 3, rescued 52 migrants off the coast of Libya on 11 June. He refused the ship the right to dock in Italy.

After the rescue, the Libyan authorities allocated Tripoli as the nearest port to disembark, but Sea Watch 3 declared Tripoli unsafe. On 18 June, Sea Watch 3 was still drifting at sea amid mounting concerns for the health of the migrants and crew.

Italy does not reject all rescued migrants. On 7 June, for instance, the Interior Ministry allowed an Italian merchant ship with over 50 migrants on board to dock. Rather, the Italian government is challenging the right of NGO ships to rescue migrants and bring them to Italy. This means the new bill has raised the stakes in the case of the Iuventa 10, who have been accused of aiding and abetting illegal migration. The Iuventa is a former fishing vessel which was run by an NGO to rescue thousands of migrants, often near the coast of Libya, before transporting many of them to Italy. In 2017, the Iuventa was seized on the Italian island of Lampedusa and phones and computers were taken: the crew had been bugged. Lawyers for the Iuventa 10 were told that charges were being considered, including prison sentences and fines.

To date, the Iuventa 10 have not been charged but the former captain of the Iuventa, Pia Klemp, a German, has been warned that she risks detention if she is caught navigating boats in Italian waters. Indeed, Salvini called for Klemp to be arrested as she continued to be involved in migrant-rescue missions until June 2018, in breach of Italy’s policy of closing ports to NGO vessels.

It is inhumane to fine and criminalise people who rescue fellow human beings from drowning. Yet it would be too simplistic to blame Salvini for the predicament in which the Iuventa 10 find themselves – to do so could even bolster Salvini’s anti-migrant reputation.

The Iuventa 10 have been caught up in the EU’s system of migration control, which underwent a shift in policy during 2017. After a high number of migrants travelled to Europe from Africa in 2014, in 2015 the EU launched Operation Sophia in international waters, with its headquarters in Rome. This operation was dependent on the Italian Navy, coastguard and other vessels saving migrants and bringing them to Italy and other southern European countries to have their requests for asylum processed.

The Iuventa and many other NGO boats frequently rescued migrants from small boats after smugglers brought them short distances away from African coasts. These NGO boats cooperated with the Italian coastguard, navy and other vessels – they would pass migrants to them or take migrants directly to ports. But, as the number of migrants entering the EU rose, in 2016 and 2017 the EU shifted the emphasis to paying and training African countries to keep migrants away from Europe. This change to Operation Sophia included the EU training the Libyan coastguard and navy.

It was also under the previous government that the Iuventa was seized by the Italian authorities, in August 2017, after Italy and France refused to give the ship a port to dock in. Its captain, Klemp, rightly criticised ‘the Nobel peace-prize winning European Union’ for not helping when the Iuventa was stranded with some 60 migrants and one dead boy on board.

EU officials knew that the Operation Sophia shift away from sea rescues, in 2017, involved collaborating with and paying African militias and funding horrendous detention centres. They also knew this would result in migrant deaths, according to leaked documents from EU agencies. Since 2018, Italy has asked other EU states to share the distribution of migrants and operation of sea patrols, and to open their ports for migrants to disembark, but they have mostly refused. Consequently, in March 2019, Operation Sophia was extended for six months, but with the end of maritime rescue patrols and more training for the Libyan coastguard. While the current Italian government is inhumane to fine migrant rescuers, it is the EU that has most starkly abandoned migrants.