The return of the ‘English disease’ 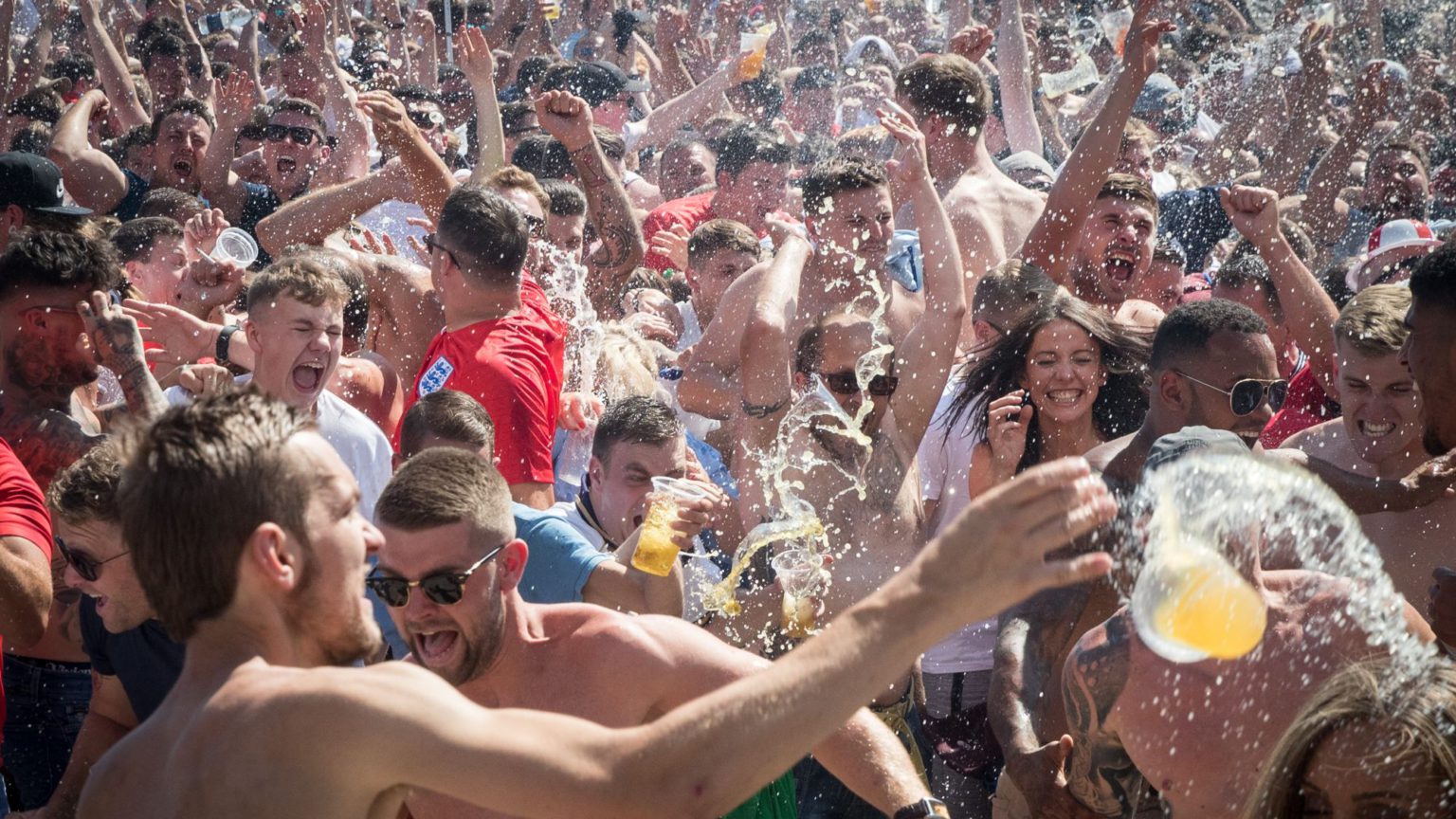 For those convinced that the Brexit vote is the worst thing since the rise of the Nazis, the loutish behaviour of some England football fans in Portugal last week was manna from heaven. It proved what they already assumed: that Brexit has emboldened national chauvinism and xenophobia; that it has encouraged nastiness and hate; and that it has given ‘morons’ a licence to sing, er, ‘No surrender to the IRA’ (the EU, surely?).

No sooner had the last lager-soaked England flag been removed from the fan zone in Porto than out came the anti-Brexit hit pieces. ‘What we have seen in Portugal goes beyond football, and into wider English culture’, read one: ‘This is the same behaviour you see in any town centre on a Friday and Saturday night, only with a dash of nationalism and exported – Brexit on tour. This is England 2019, sadly.’

Or, as another one put it, ‘It would, frankly, be ludicrous not to link it to the specific type of nationalism that has become so prevalent in the country. You can hear mentions of Brexit in so many chants. You could even see some fans refusing to go in the EU queue for passport control in the airport.’ Another pundit echoed such sentiments: ‘It is no secret where [the bad behaviour of England fans] is coming from, a spill over from a wider sore in the wider politics. The Brexit movement has long since been co-opted around England football.’

No hesitation. No perspective. No thought. It was Brexit wot dunnit.

It didn’t matter that we don’t know the voting patterns of those belting out the Now That’s What I Call Brexit classic, er, ‘Fuck the Pope’. It didn’t seem to bother those seeing the trouble in Porto as seepage from ‘the wider sore in politics’ that England fans have long been at the centre of similar incidents (Marseille in 1998 anyone?). Indeed, it didn’t even matter that the behaviour of some England fans has been far worse in the past (just two were arrested in Porto this time). None of this seemed to matter, because ‘this is England 2019’, and if you can assert a link, no matter how tendentious, between ‘a bad thing’ and Brexit, then all power to your pundit’s elbow.

And what better way to demonise Brexit than through the long-time establishment bogeyman – the football hooligan. A figure so terrifying in the threat he poses to law, order and decency that, if he didn’t exist, Britain’s establishment would surely have had to invent him. Which is where it gets interesting. Because, in a sense, that is what it always has done.

Not that the football hooligan is completely invented or merely a convenient fiction. For as long as there have been large crowds, emotionally invested in football as a sporting spectacle, some fans have overstepped the line. No one is doubting that. It is just that, in the past, it was barely framed as anything more significant than what it was – a momentary eruption of bad behaviour, be it a fight, or an exchange of unpleasantries. ‘The referee’s decisions had caused considerable dissatisfaction’, reads a pre-First World War report of a Loughborough-Gainsborough match: ‘At the close of the game he met with a very unfavourable reception, a section of the crowd hustling him and it was stated that he was struck.’ That was it. No extrapolation, no quasi-sociological theorising, no talk of the ‘English disease’. Just a straightforward description of an isolated act.

In the 1950s through to the 1970s, the approach changed. To the extent that largely young working-class males were increasingly an object of ruling-elite anxiety, from the two-fingered salute of the incipient youth subcultures of the 1950s and 1960s to the emergent class conflict of the 1970s, so the behaviour of football fans, as an overwhelmingly working-class constituency, became ever more significant. It became something for the authorities to be concerned about, a displaced object of anxiety, a source of moral panic (and accompanying scapegoats) and, therefore, a justification for forms of control and discipline. One academic provides a rundown of telling tabloid headlines from the mid-1970s: ‘Smash These Thugs’ (Sun, 4 October 1976); ‘Birch em!’ (Daily Mirror, 30 August 1976); ‘Cage the Animals’ (Daily Mirror, 21 April 1976).

Which is what happened. The ‘animals’ – football fans – were literally caged, as fences were installed in stadia across the UK. After all, these people were beyond the pale, a dart-throwing threat to decency and public order, ‘slum people, who deter decent folk from turning up’, as The Times famously put it in 1985. And a minority did respond (as they continue to) by playing up to the role, performing the ‘hooligan’ of elite nightmares, becoming the ‘animals’ that needed to be caged, the slum people who should be treated as such.

We now, of course, look back, knowing the tragic coda to this tale of establishment fearmongering: Hillsborough, 1989.

But it seems the establishment doesn’t learn. Today’s struggling media and political elites have a new-ish anxiety: the working-class Brexit voter. And so football fans, particularly those following their national team England, are no longer treated as ‘animals’ or ‘slum people’ in ‘slum housing’, but as fascist Casuals; purveyors of anachronistic national chauvinism; Brexit battalions of racists and xenophobes. This narrative even has its folk devil in the shape of Stephen Yaxley-Lennon, a figure so made up he even has his own stage name, Tommy Robinson. Right on cue, there Tommy was in Portugal, filmed punching another fan from behind. What a top boy.

As before, this demonising of football fans – or, more specifically, this demonising of England fans – plays a role in producing and exacerbating precisely what it fears. So the official FA campaigns advising England fans on what is ‘acceptable’ behaviour, the excitedly doom-laden reporting of fans singing ‘Ten German Bombers’, and the keen eye out for the merest hint of trouble, gives a minority a purpose, an etiquette code to piss all over, a bad role model to play up to, a means to scare the respectable. And, as night follows day, so the boorish behaviour legitimises a repressive baton-wielding response on the continent, and further draconian, anti-fan measures at home.

Not that the fan-bashers care. Just as in the mid-1980s, when Margaret Thatcher’s Tory government saw in the football fan the threatening figure of wider working-class agitation, so today’s Remainer establishment is busily creating the England fan as a figure for the wider Brexit revolt. That is their target. The actual football fan, as he ever was, is mere collateral damage.