The propaganda war on the gilets jaunes

In both France and Britain, poisonous lies are being spread about the rebellious French workers. 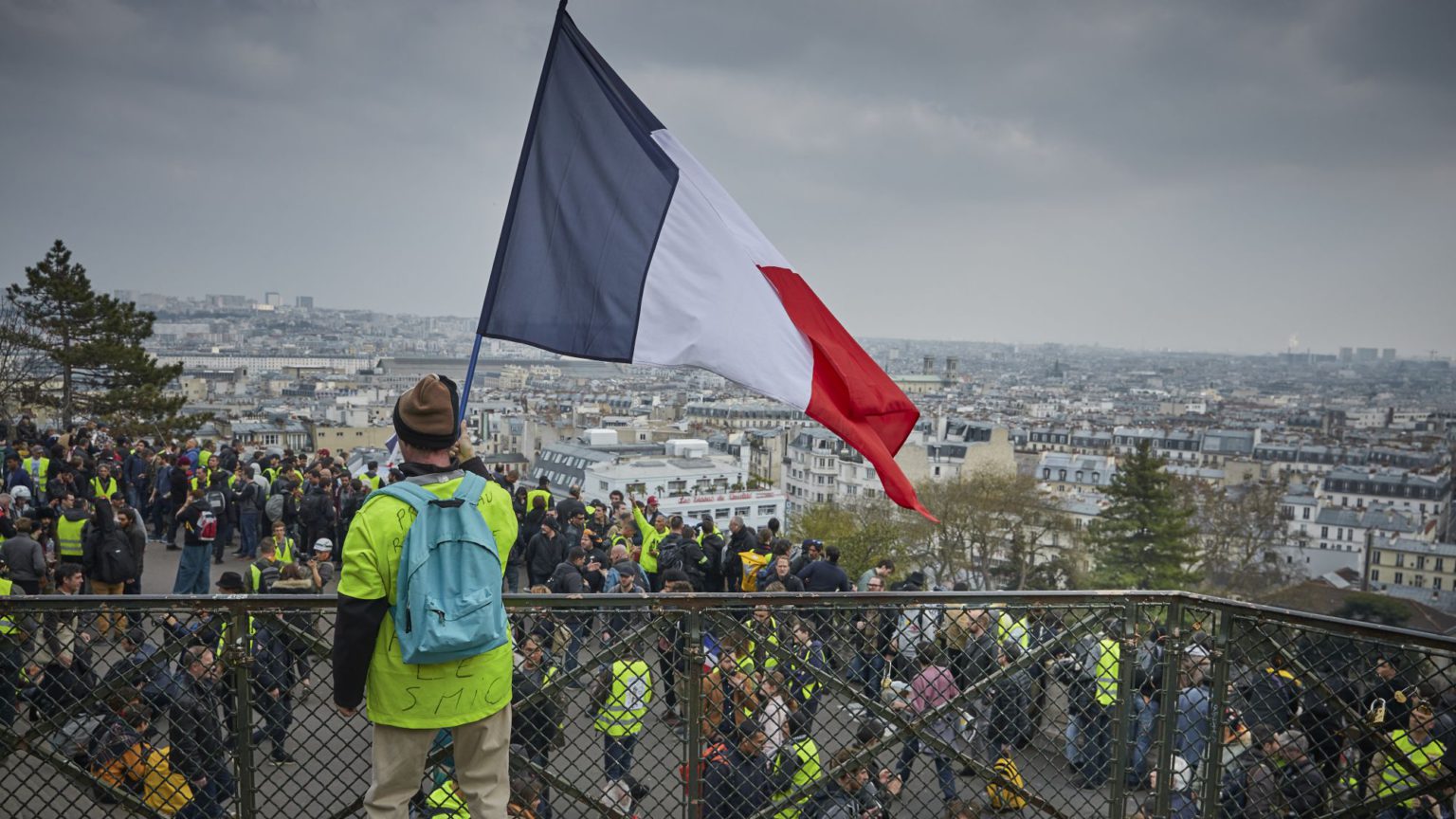 Last week, during a raucous May Day protest, the gilets jaunes ransacked Paris’s Pitié-Salpêtrière hospital. Thirty-two protesters were arrested. This was an ‘attack’ by ‘anti-capitalist, ultra-left militants’, according to France’s interior minister Christophe Castaner.

Except it wasn’t. Video footage of the incident clearly shows the protesters seeking refuge as they are chased by scores of police officers firing tear-gas grenades and beating them with batons. The protesters were all released without charge and the interior minister was forced to row back on his claim.

Baseless smears of this kind against the gilets jaunes, whether from the media or the government, are nothing new. From the moment the protests began in November 2018, the government immediately denounced the yellow vests as far-right thugs. A month later, President Macron used his New Year’s message to brand the protesters a ‘hate-filled crowd’, who attack ‘elected representatives, the forces of law and order, journalists, Jews, foreigners, homosexuals’. Numerous mainstream media outlets allege that protesters have been ‘fueled’ and ‘manipulated’ by Vladimir Putin.

Given the yellow vests’ intentions to rock the French establishment, this response is unsurprising. More striking, however, has been the complete lack of interest from the media and politicians on this side of the Channel. Such is the dearth of coverage that there is even a rumour spreading around social media that Theresa May’s government has issued a so-called ‘D notice’, gagging the press from reporting on the French uprisings in order to avoid copycat demos in Brexit Britain. But there is no official ban in Britain. The much sadder reality is that there is no official anything.

The most significant wave of protests since 1968 has been happening for the past 26 weeks – for nearly six months – and yet it barely elicits a reaction on these shores. This is a movement of people demanding greater democratic and economic control. They are fighting against a neoliberal order that has eviscerated their living standards and robbed them of their communities and of social solidarity. It ought to be a natural cause for the left. So where are the stump speeches expressing solidarity? Where are the parliamentary Early Day Motions? Labour leader Jeremy Corbyn has in the past signed or initiated Early Day Motions expressing solidarity with far-flung Venezuela, Palestine and many others. But nothing on the gilets jaunes. And why haven’t Britain’s supposedly ‘internationalist’, pro-EU trade-union leaders extended their support to struggling French workers?

Even more worrying is the silence towards the French government’s growing authoritarianism. At the time of writing, independent journalist David Dufresne has counted over 780 separate and verifiable serious injuries caused by police violence. Protesters have had their hands blown off and scores have lost an eye. Macron’s government has introduced new laws banning unsanctioned protests and censoring so-called fake news (aka anti-establishment content) on social media. Opposition leaders have had their offices raided and prosecutors have attempted to conduct warrantless searches of investigative newspapers. Imagine the chorus of condemnation if this were happening in Viktor Orban’s Hungary? Yet there is barely a murmur of disapproval against France’s liberal strongman.

Yes, some British journalists and politicos have taken the French government’s smears at face value, which has no doubt dampened their interest in the yellow vests’ struggle and has allowed them to downplay the seriousness of the government’s authoritarianism. Propaganda tidbits pepper the few English-language reports on the protests. Britain’s paper of record, The Times, for instance, reports of police being ‘overpowered’ and ‘powerless’ in the face of the ‘gilets jaunes mob’ – despite the fact that on the weekend concerned, as is the case most weekends, the police to protester ratio was around 1:1, according to official figures.

But the real cause of this indifference is an awareness, at least on some level, of who the gilets jaunes are, their place in society and what they are fighting against. Many of the yellow vests are in the same demographic as the ‘deplorables’ in Trump’s America and the ‘gammon’ of Brexit Britain, who are widely loathed by the political and media establishment. Not only that, the gilets jaunes are fighting against an undemocratic, neoliberal order that is backed by all wings of the generally pro-EU establishment. They are yet another manifestation of the populist insurgency that is tearing up the political rulebook across Europe. This is why the gilets jaunes terrify observers in the UK – and it is also why they deserve our solidarity.