Why these Euro elections matter

This is another chance for the people to say, ‘We want to leave the EU’. 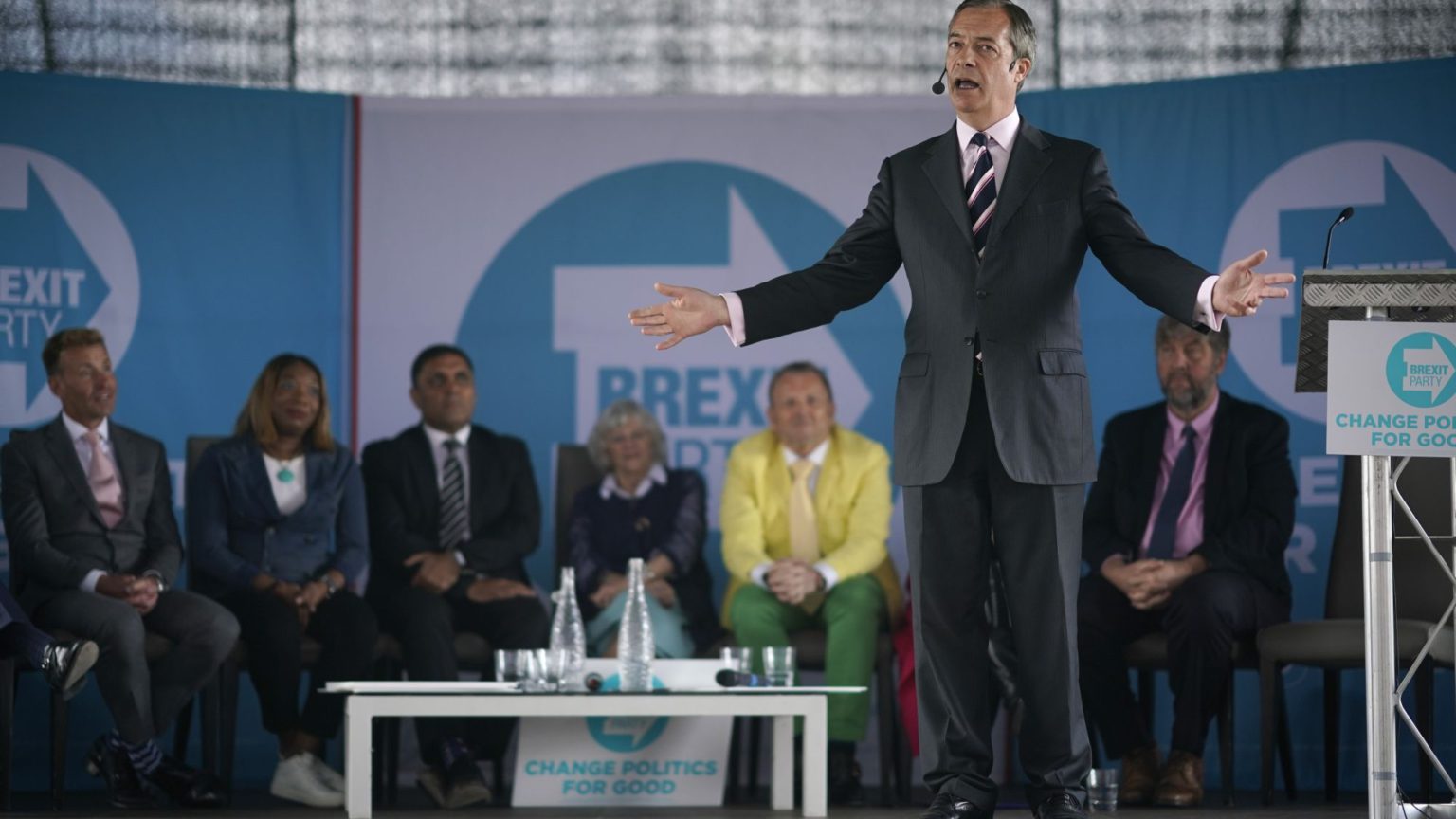 It’s the election that was never supposed to happen. It’s the election that many didn’t expect to happen. But yesterday it was announced that the UK will indeed be participating in elections to the EU parliament at the end of this month. That’s right. Three years on from the referendum, when 17.4million citizens voted for Britain to leave the EU, the nation will head to the polls once more and elect representatives to an institution to which we should, by rights, no longer belong. This sticks in the craw not just for Leave voters but for all democrats.

Leave voters are right to be angry that the UK is taking part in these elections. Yet what’s notable is not the anger of Leavers but the absence of jubilation from Remainers in the UK parliament, in the press and on social media. No doubt some are delighted at this very public signal that, for the time being at least, the UK continues to be very much wedded to the EU project. But their celebrations are remarkably muted.

David Lidington, Theresa May’s spokesman and de facto deputy prime minister, confirmed the UK’s participation as if he was announcing a period of national mourning. Regret was the word of the day. May, Lidington said, ‘“deeply regrets” that the UK did not leave as planned in March and recognised many people felt “great frustration” that the European elections were going ahead’. Both Labour and Conservative representatives, currently engaged in talks, had hoped that a last minute Brexit In Name Only fudge could be pushed through parliament in time to avoid the EU elections, but ‘regrettably’ May had conceded this is ‘now impossible’. Like a hostage being held at gunpoint, Lidington said: ‘We very much hoped that we would be able to get our exit sorted… so that those elections did not have to take place. But legally they do have to take place unless our withdrawal has been given legal effect.’

Participating in the EU elections is indeed nothing to celebrate. As spiked has consistently argued, the EU undermines democracy by distancing national governments from decision-making processes and protecting them from being held to account by their citizens. Members of the European parliament cannot form a government and have no power to initiate legislation. Meaningful decisions are parcelled off to unelected bodies like the European Commission and the European Council. The parliament simply provides a veneer of democratic respectability to a thoroughly undemocratic institution.

Of course, none of this explains why both the Conservatives and the Labour Party are so keen to avoid the UK participating in the EU elections. Their reluctance has nothing whatsoever to do with democracy and everything to do with a fear of the electorate. They are desperate to avoid the £150million event that exposes so explicitly their failure to have carried out the instructions of the electorate. Every leaflet that drops on people’s doormats over the next three weeks makes their failure clear. Every school, library and church hall closed for polling on 23 May is a public declaration that they have refused to follow the instruction of 17.4million voters. As one Remain campaigner puts it: ‘The spectre of Brexit hangs over these elections.’ For those who wish Brexit would just go away, these forthcoming elections are a very public reminder that it hasn’t and it won’t.

The Conservative Party, in particular, is desperate to avoid a rerun of the drubbing it received in last week’s local government elections. It is now busy pretending the EU elections are not happening. So far, the party has held no campaign rally, come up with no slogan, and produced no manifesto. The Conservative chairman, Brandon Lewis, is still deciding whether the party should bother holding a European elections launch. Activists (those few that still exist) and MPs alike are reportedly reluctant to hit the doorsteps with no clear policy on Brexit. The elephant in the Tory Party committee room is, of course, the dynamic Brexit Party with its diverse range of enthusiastic candidates speaking to packed-out rallies around the country and sucking up even once loyal Conservative voters.

The Conservative Party is worried that the EU elections will expose not just their lack of unity but their utter lack of purpose. Rather than forging a positive vision of Britain outside the EU, the Tories have become obsessed with their internal machinations. Instead of discussing Brexit, they agonise over how May can be ousted. Instead of debating policy, they discuss personalities and potential leadership candidates as if putting a new captain at the helm will suddenly stop the wrecked ship from sinking.

Having been unable to avoid them altogether, the government is now busy playing down the significance of the EU elections. The message is that if a cross-party agreement is reached over Brexit, or if May somehow manages to get her withdrawal agreement through parliament before the end of June, then the UK’s newly elected MEPs will never actually take up their seats. The whole process, we’re told, is just an unfortunate and inconvenient hassle. A pointless exercise that the electorate needn’t worry about.

But participate we should, even in the knowledge that there is nothing positive about EU parliament. Three years on from the referendum, the best way to hold MPs to their promise to enact its result is to get out and vote in the EU elections. A vote for the Brexit Party will send a message to our own political class that, yes, we do still want to leave the EU.