The EU is no haven of democracy

Whatever the outcome of the Euro-elections, little will change in the EU. 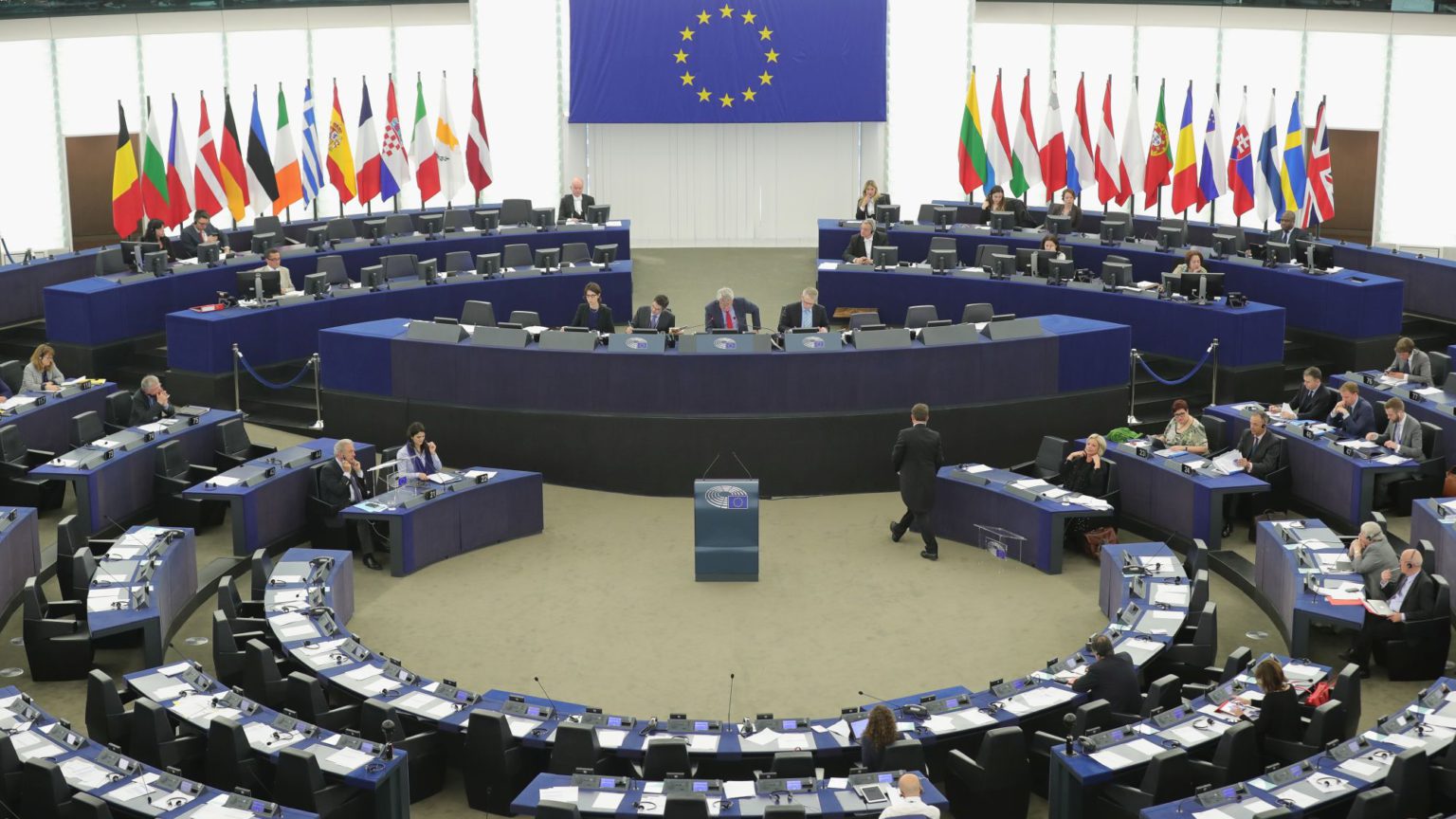 In two weeks time, citizens across Europe will take part in the European Parliament elections. In Germany, the elections are talked about as if the fate of the EU itself is on the line – and with it, democracy.

Joschka Fischer, Germany’s former Green foreign minister, claims the upcoming vote will be ‘a contest about Europe and the future of European democracy’. An EU-led campaign called Diesmal wähle ich (‘This time I will vote’) claims on its website that it is ‘not enough just to hope for a better future: this time everyone has to take responsibility [by voting]’.

These appeals are unconvincing. There is no obvious relationship between the future of Europe, the future of democracy and the EU elections, particularly since the democratic legitimacy of the EU Parliament is more than questionable. As German historian Hasso Spode wrote a few years ago, the European Parliament has less power and legitimacy than the German Reichstag had in Bismarck’s time.

Despite minor reforms in recent years, this has not changed: the European Parliament lacks the ability to initiate legislation and it cannot form a government. The parliament is so removed from the people that most European voters are unlikely to know the names of their MEPs – or even of the European political groups which are represented in it. Even if people did know these things, it would not matter. All of the meaningful decisions affecting the EU are not taken in the parliament, but in the commission, the council and other unelected bodies.

What’s more, there is no truly ‘European’ public or demos that could ever make it a true democracy. While the parliament presents itself as an institution that hovers above the member states, voters and elections are organised nationally, as are the parties which they can vote for.

The European Parliament is merely a democratic figleaf for the EU. The right to vote is a cornerstone of democracy which had to be fought for. But this right loses its meaning if it is not imbued with any true decision-making power. EU citizens have little to no influence on the EU and its workings. EU decisions are generally irreversible. A change of government after a vote, which could change the direction of politics, cannot happen in the EU system.

The campaigns in Germany are a good indication that little will change after the elections. The main parties have been promoting slogans like ‘Europe is the answer’, ‘Don’t take prosperity for granted’, and ‘When courage comes, hate fades’. Politicians are planning to use the elections as an endorsement of politics as usual.

EU supporters fear nothing more than having to acknowledge the many changes that have occured in Europe in the past few years. There are plenty of topics to discuss: deindustrialisation, the imbalances of the financial system, rising budget deficits, the overburdening of welfare systems, the growing threat to freedom in the public sphere, migration, and the increasing disorientation of our education system, to name just a few. But there has so far been no open or frank debate about how to respond to any of these issues.

Instead of confronting these difficult questions, the message from Germany’s politicians is that the EU is the answer to all problems. On this, all the established pro-EU parties agree.

Politics, it is said, cannot be shaped nationally. Yet, the major challenges of recent years have put national politics – and the question of national sovereignty – back on the agenda. Many citizens now recognise that the EU has deprived their countries of the opportunity to respond to these problems decisively. This is especially true for the Eurozone, where Euro membership makes country-specific currency adjustments impossible. Similarly, when labour laws, social policy and environmental policy are designed at the EU level, they do not take into account the very different circumstances of each member state. Even the refugee crisis, which is undoubtedly an international crisis, cannot truly be resolved without the democratic participation of citizens in each individual nation state.

In all European countries, public approval of the established parties has been dwindling for many years. And the less legitimacy our representatives can draw from national elections, the more they cling to the EU. They find it far easier to discuss politics in small cliques at the EU level than in dialogue with their own voters. Recently, the EU commissioner for budget and human resources, Günther Oettinger, even called for German ministers to move their main workplaces from Berlin to the EU capitals of Brussels and Luxembourg. This set-up is attractive to politicians because they can avoid accountability by presenting unpleasant and unpopular decisions as EU decisions. But clearly, more and more voters are dissatisfied with this arrangement and are demanding greater accountability from their politicians.

Politicians, however, try to discredit any criticism of the EU as either ‘anti-European’ or ‘right-wing populism’. This doesn’t only sweep the EU’s problems under the carpet – it also demonises a growing number of Eurosceptic voters, who in some countries even form the majority, as the Brexit vote has shown.

To see how far some in the EU are willing to go to defend this cosy arrangement, look no further than the leader of the EPP group in the European Parliament – Manfred Weber – who is currently running to be president of the European Commission. Weber has argued that in future, Eurosceptic parties should no longer receive the EU funding to which all parties with seats in the European Parliament are entitled. ‘These anti-EU parties are using taxpayers’ money to fund elections, campaigns and posters with the aim of abolishing the EU’, he told Welt. Unfortunately, Weber is not alone in holding such a selective view of democracy. Pro-EU politicians want to use any means necessary to reduce the influence of ‘populists’ and restrict the choices available to voters.

The EU is no haven for democracy. Instead, the EU has presided over the weakening of democracy in Europe and the increasing influence of experts, commissioners and judges who have no democratic accountability. For most citizens, the EU is an opaque and confusing entity that has little regard for their interests. Those who really want to strengthen democracy should demand a new politics that brings decision-making and accountability back to their own countries and parliaments.

Dr Gerd Held is a publicist and was an associate professor of regional and urban planning at the Technical University of Berlin until his retirement in 2017.

Kolja Zydatiß is a journalist and author based in Berlin.