It isn’t populists who threaten life, liberty and democracy in Europe – it’s anti-populists. 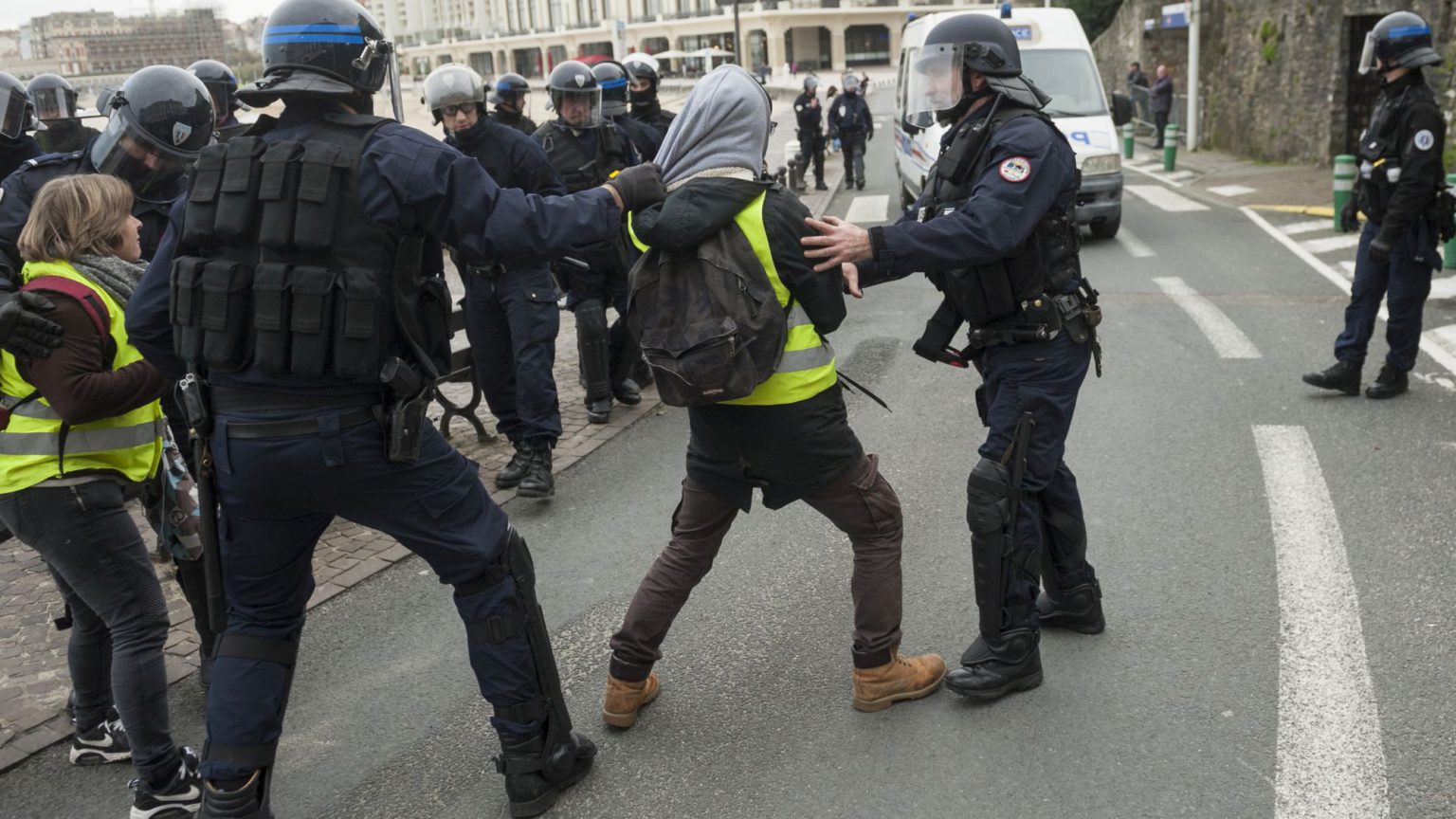 On Thursday 2 May, spiked editor Brendan O’Neill spoke in a debate about populism at the Leeds Salon. These were his opening remarks.

I always find it perplexing when people claim that the new national populism is a threat to life, liberty and democracy in Europe.

Because there is indeed a threat to life, liberty and democracy in Europe today. But it isn’t coming from populists. It’s coming from anti-populists.

It isn’t populists who have been beating, shooting and maiming protesters in France for the past six months, causing scores of them to lose eyes and limbs. It’s anti-populists who are doing that.

It is the anti-populists’ hero, in fact – Emmanuel Macron – who is overseeing this extreme state violence and brutal clampdown on French liberty.

It isn’t populists who are seeking to overthrow the largest democratic vote in UK history – the vote for Brexit – and in the process threatening to undermine the very idea of the right to vote. It is anti-populists who are doing that.

It is anti-populists who, exactly as we have been celebrating the 100th anniversary of women and working-class men getting the vote, have tried to block the enactment of something that eight million women and millions of working-class men voted for: Brexit.

It isn’t populists who are marching through the streets in their thousands waving placards mocking the stupidity of ordinary people and demanding that the state unilaterally override these people’s democratic wishes. It’s anti-populists.

It is the decidedly anti-populist, pro-EU cheerleaders of the ‘People’s Vote’ lobby who have taken to the streets with banners insulting ordinary people for not being able to spell, for being insufficiently educated, for being duped by an advert on a bus, and who think these stupid people need to be governed by a cleverer race of people. It is anti-populists who have resuscitated these ugly Victorian ideas about the plebs not knowing what is in their own best interests.

The real danger in Europe today, in political terms, isn’t populism – it’s anti-populism. The real danger is the shrill, often violent backlash of the technocratic elites against the rise of national populist sentiment.

The reason I’m pointing out the violent, illiberal and anti-democratic nature of the ideology of anti-populism is not just to say, ‘Your political creed is worse than mine’ – even though I believe it is!

It is to get to the root of the populist revolt itself, by asking this question: why has the response to populism from the powers-that-be been so unhinged and so destructive? Why have states used reckless violence against the populist upsurge? Most strikingly, why do the political and cultural elites, most notably in the UK, seem willing to trash democracy itself in order to crush populist sentiment?

The reaction is important because it reveals how radical and important the populist moment is.

The populist upsurge, from the vote for Brexit to the gilets jaunes to the rise of new, anti-elitist parties across Europe, is often presented as a far-right phenomenon, even a return of the politics of the 1930s.

This is nonsense. In truth, this populist moment consists primarily of ordinary people demanding a reckoning with the political system; confronting the technocratic style of politics; seeking out new forms of solidarity and new opportunities to have their voices heard.

To some people, especially those who inhabit the political bubble or the academic sphere, any politics that comes from below looks frightening. To these people who think decision-making should be done in seminar rooms and committee rooms, any politics that is formed in working-class areas or even in the street, as is the case in France, looks scary and unpredictable. They have a tendency to view any politics that is popular – and let’s remember that ‘populism’ means political positions that are popular – as inherently dangerous and prejudiced.

But the current populist moment is not dangerous. On the contrary, it is enlivening and exciting and radical. What it fundamentally represents is a challenge to the process of the past few decades whereby political decision-making has become more and more insulated from the public, from ‘the plebs’, from us and our pesky opinions.

In the postwar era, politics increasingly became the preserve of so-called experts, and judges, and bureaucrats. We can see this in the rise of the EU; in the spread of quangos; in the growing intervention of judges into the kind of decision-making that would once have been a democratic concern; in the outsourcing of more and more issues of political import to people and institutions that are beyond the reach of mere mortals like us.

Huge questions about politics, economics and morality were removed from the democratic realm and unilaterally handed over to those who are supposedly cleverer and more cool-headed than the little people, and thus better placed to decide on serious affairs of state.

And if anyone complained about this draining of the democratic ideal, this replacement of the openness and equality of democracy with the deadening and dictatorial nature of technocracy, he or she would be denounced as prejudiced or phobic. ‘Europhobic’ for criticising the EU, ‘xenophobic’ for supporting the ideal of national sovereignty, ‘Islamophobic’ for wanting to stand up for Western values, and so on. Not content with riding roughshod over our democratic power, the new elites also limited our ability to protest against this process by demonising and isolating critical voices.

Then came the populist revolt. In an era in which the mantra of the powers-that-be is ‘You can’t say that!’, the populist revolt declares: ‘We can say that, and we will.’ At a time when the decision-making elites are insulated from public pressure, the populist revolt rips away their insulation and says: ‘This is what we think.’ In a period in which neoliberalism and technocracy have atomised huge swathes of Europe, encouraging people to be obsessed with themselves and their identities, the populist revolt calls for a return to solidarity, for a sense of human communion, for a connection among people who feel they have far more in common with each other than they do with the political elites.

This is a wonderful development. Is it messy and unpredictable and complicated? Of course. That will always be the case when people are rediscovering their voices. But it is unquestionably positive. We are living through an era in which masses of people are demanding the re-energisation of democracy, the return of political decision-making to the people, and the breakdown of the suffocating checks, balances and controls that have been imposed on the democratic process in recent decades. People are saying something truly democratic: ‘My voice matters as much as yours, and I demand you listen to it.’