Teachers should educate children about the climate, not terrify them about the apocalypse. 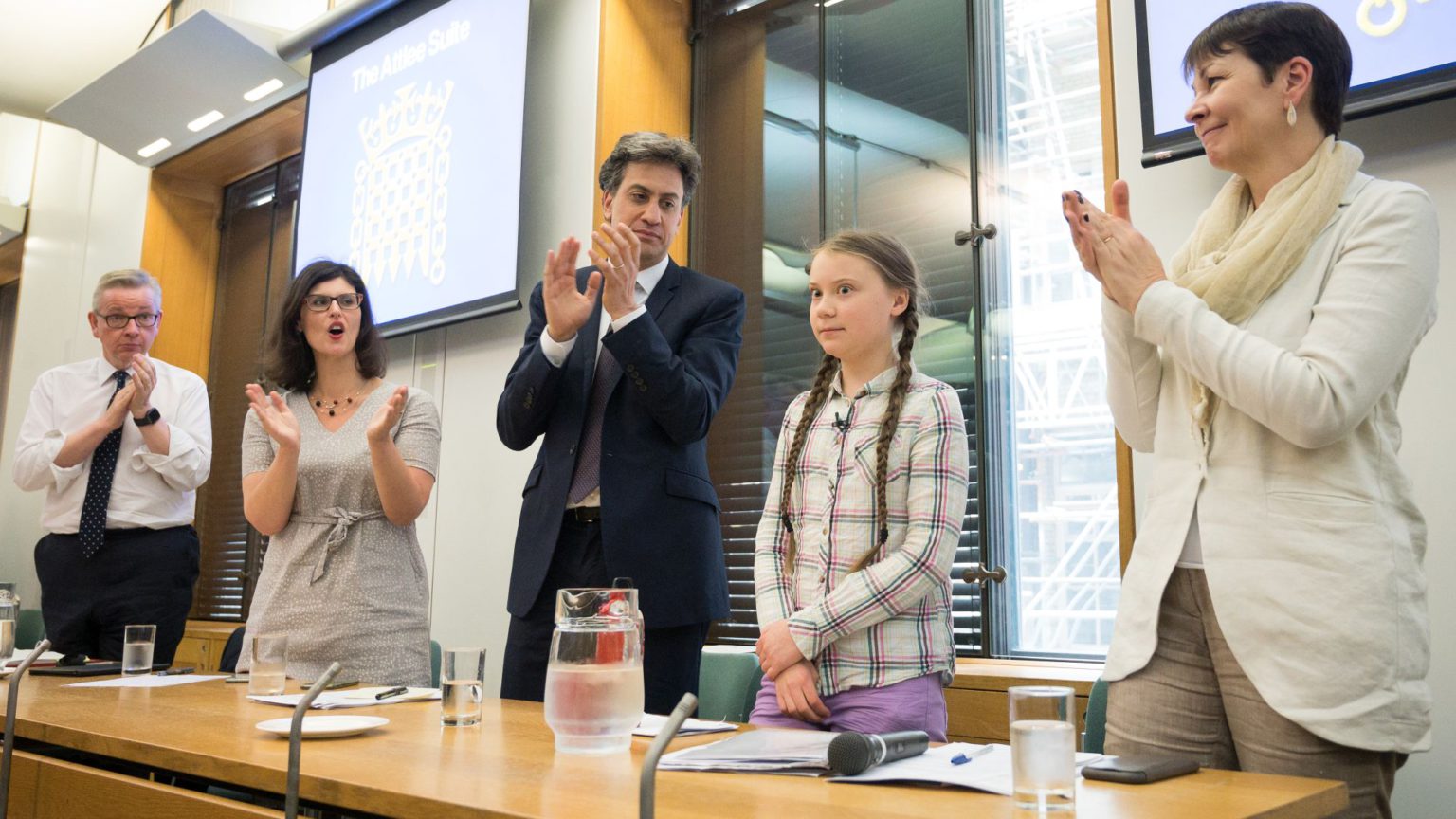 Not many people can command an audience of senior politicians. Fewer still can expect cheers and a standing ovation from those they have just publicly criticised. Yet this was the reception 16-year-old Greta Thunberg received when she addressed MPs and journalists in Westminster this week. ‘Your voice – still, calm and clear – is like the voice of our conscience’, environment secretary Michael Gove told her, praying for absolution. When it comes to climate change, the normal rules of politics and the usual ways that adults relate to children have all been abandoned. Adults, it seems, now defer to children.

Schoolchildren who skip classes to protest against climate change have been widely praised. Again, it has been MPs who have rushed to lead the applause. Some headteachers, quick to fine parents for taking their children on holiday during term time, were happy to overlook pupils missing lessons to join the Thunberg-inspired climate strike. Meanwhile, some parents and teachers joined children on the protests. Not content with letting children bunk off school, there are growing calls for more lesson time in school to be given over to teaching about climate change.

A petition demanding climate change be made a core part of the national curriculum, started by four Oxford schoolgirls, has rapidly gained close to 70,000 signatures. The girls argue that ‘climate change is the biggest issue of our time, and it must be a part of our education if our generation is to understand it and help us to combat its effects’. Their cause was promoted on Twitter by the BBC’s John Simpson who asked: ‘Since this is the most important problem our planet faces, shouldn’t our children be taught about it?’ Graham Frost, a headteacher from a primary school in Carlisle, will propose a motion at the forthcoming annual conference of the National Association of Headteachers in favour of compulsory climate-change lessons for all children to include instruction in how ‘to produce protest letters and banners’. ‘I want to make sure children’s concerns about the future of the planet are being listened to by policymakers’, he said.

What’s strange about the demand for more climate-change lessons is that this topic is already a core part of the national curriculum. Climate change, wider environmental issues and sustainable development are key components of geography, which is a compulsory subject for children up to the age of 14. Climate change is also covered extensively in science, which is compulsory up to the age of 16. Beyond this, protecting the environment is frequently used as a topic in modern foreign languages and in citizenship classes. Recycling, renewable energy, tackling pollution and reducing plastic-use provide material for assemblies and poster campaigns promoting a school’s values.

The petitioners, if not their adult promoters, clearly know that climate change is already taught in schools. They acknowledge that it is part of geography and science. Their argument is that they have ‘barely learned about the climate crisis at school despite it being on the curriculum’. They want it to be taught more often, in more depth, and, as their words reveal, for it to be taught as a ‘crisis’, rather than just another topic to be covered. And who can blame them? When children are bombarded with doomsday scenarios about irreversible global warming leading inevitably to large numbers of people dying, it is hardly surprising that they feel scared. It is not unreasonable to panic, or to want to know more, if you are told again and again that there is only 12 years to save the planet, that the future is uncertain and that adults have left you with a catastrophic mess to sort out.

Children are not taught too little about climate change: they are taught too much. They are made scared, and then abandoned by adults unable or unwilling to encourage a more critical approach to the discussion. Teachers could usefully help children by putting seemingly apocalyptic data into context. They could show how tipping-point dates have, since the time of Malthus, been passed, with the world’s population not only continuing to exist but thriving. They could show that even the most secure scientific knowledge around climate change is still contestable. None of this is to suggest that climate science should not be taught – but it should be taught with adults acting as a voice of authority, keeping a sense of perspective and reassuring children about the progress that has already been made to tackle global warming, and showing how further progress to protect the environment can be made in the future.

But this doesn’t happen. Instead, having scared children about the future of the planet, adults then defer to them for solutions. Schools are looked to, not to turn out knowledgeable scientists and critical thinkers, but to produce climate activists proficient in letter-writing and banner-making. Some teachers justified time off school for climate protests as a useful lesson in citizenship. But the suggestion that children can learn more on a protest than in the classroom degrades education. It also degrades the concept of democratic engagement, which should be about winning adults over to your cause rather than hiding behind children and using them as instruments of moral coercion.

Turning education over to political activism – even if it is for a cause that many agree with – is an abdication of adult responsibility. It places children in a position of moral authority without first providing them with sufficient knowledge to think critically and reach their own conclusions. As adults, we owe it to children not to frighten them, or burden them with insurmountable problems, but rather to offer them the very best education in chemistry, physics and geography, so that later, as adults, they can decide for themselves how they want to interpret and act upon the knowledge they possess.