Breakthroughs like this remind us that human ingenuity is boundless. 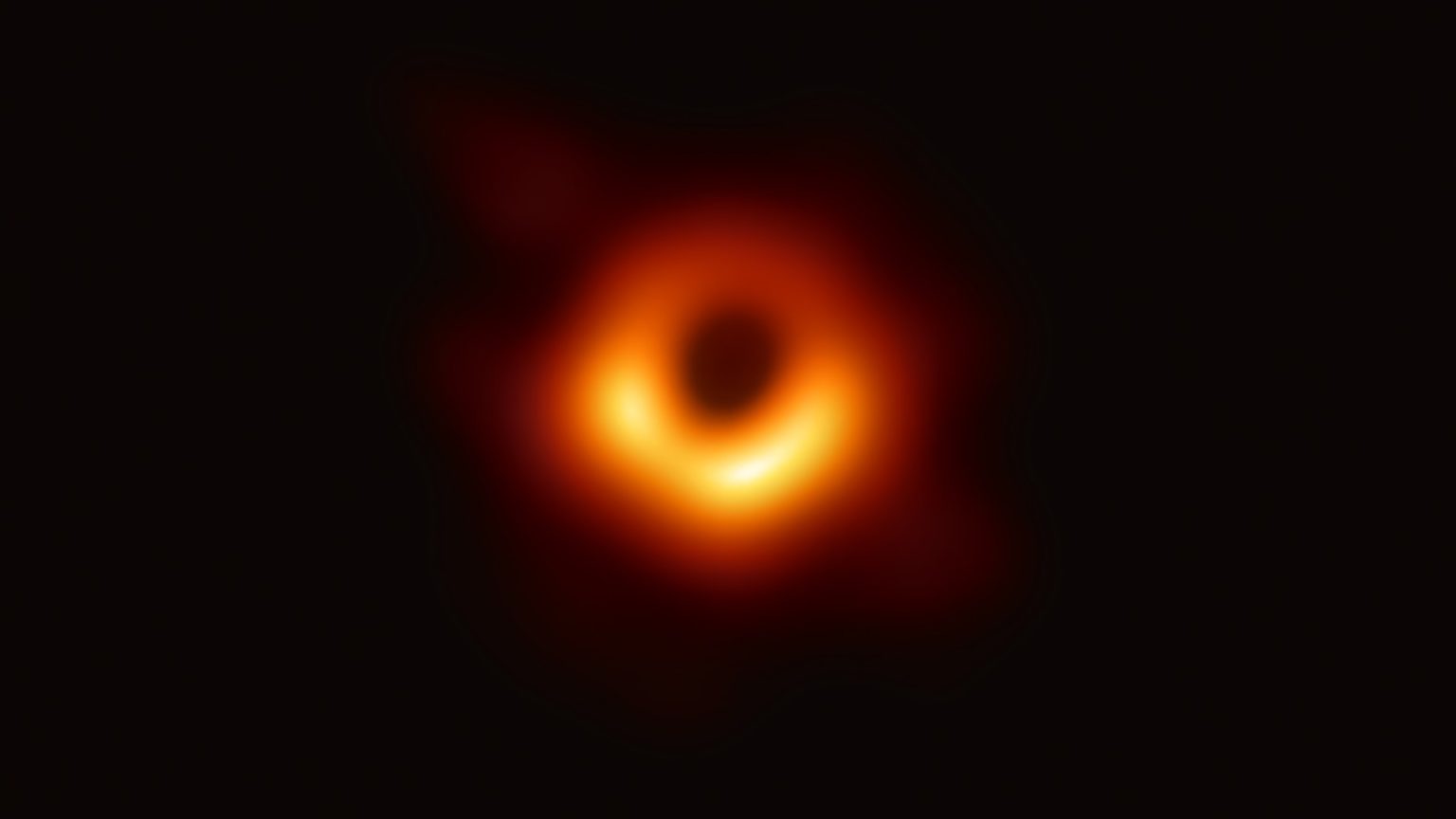 Black holes have long been one of the dark and ungraspable mysteries of modern physics. Scientists are confident that they exist, and can even view the effects the massive, light-warping bodies have on objects within the universe.

But they have never managed to see one — until last week, that is, when astronomers announced they had taken the first ever image of a black hole, located in a distant galaxy.

So 10 April 2019 is a day that will go down in both scientific and human history. From here on, we can say that we have seen a black hole, something that no one before us had seen.

The supermassive black hole in question is a staggering 55million light years away from Earth. If we were travelling at 300,000 kilometres per second it would take us 55million years to reach it.

Eight connected ground telescopes, positioned across four continents, together make up the Event Horizon Telescope (EHT) which produced the image. In April 2017, the EHT scanned the sky simultaneously for 10 days. Scientists then analysed and computed the data output for two years to produce the image of the black hole, which was in the centre of supergiant galaxy Messier 87.

The image of the luminous, red and yellow halo, set against a black backdrop, is already iconic. What you see in that image is not a black hole itself, but its shadow, illuminated by the bending of light and matter at the event horizon. An event horizon is the boundary between normal space as we understand it and the black hole. It is often described as the point of no return, because once that boundary is crossed, the gravitational pull of the black hole is so strong that nothing can escape it, not even light.

The image of the black hole has been widely shared and celebrated. And rightly so. It is a triumph for science, for technology and for humanity.

The image provides evidence in support of Einstein’s theory of general relativity, written in 1916. Einstein was the first to theorise the existence of black holes, by proposing that massive objects can change the shape of space and time.

Three years after Einstein came up with the theory of general relativity, a component of it was proven experimentally. Arthur Eddington, a British astronomer, found that during the darkness of a solar eclipse, nearby stars to the Sun appeared to move position. As per Einstein’s theory, the huge mass of the Sun was deflecting the light of the nearby stars.

One hundred years on from this first experiment, the EHT has unlocked new evidence to back up Einstein’s theory of general relativity. He argued that gravity can alter the fabric of spacetime – the model used by scientists and mathematicians which combines 3D space with time – as we understand it. The image of the black hole’s shadow proves this: the glowing halo shows the light and matter bending into the black hole in a swirling vortex because of its immense gravitational pull.

Sheperd Doeleman, director of the EHT, said last week that ‘we have seen what we thought was unseeable’. And this previously unthinkable breakthrough opens up a new era in physics.

It is often said that humanity pales into insignificance when compared with the vast, expanding abyss of space. But the image produced by the Event Horizon Telescope proves that, although we may be cosmologically insignificant, literally no object, no matter how terrifying, how mysterious, or how far away, is beyond our grasp or understanding.

Emily Dinsmore is a writer at spiked.