It would be costly, time-consuming and, no, it won’t save the turtles. 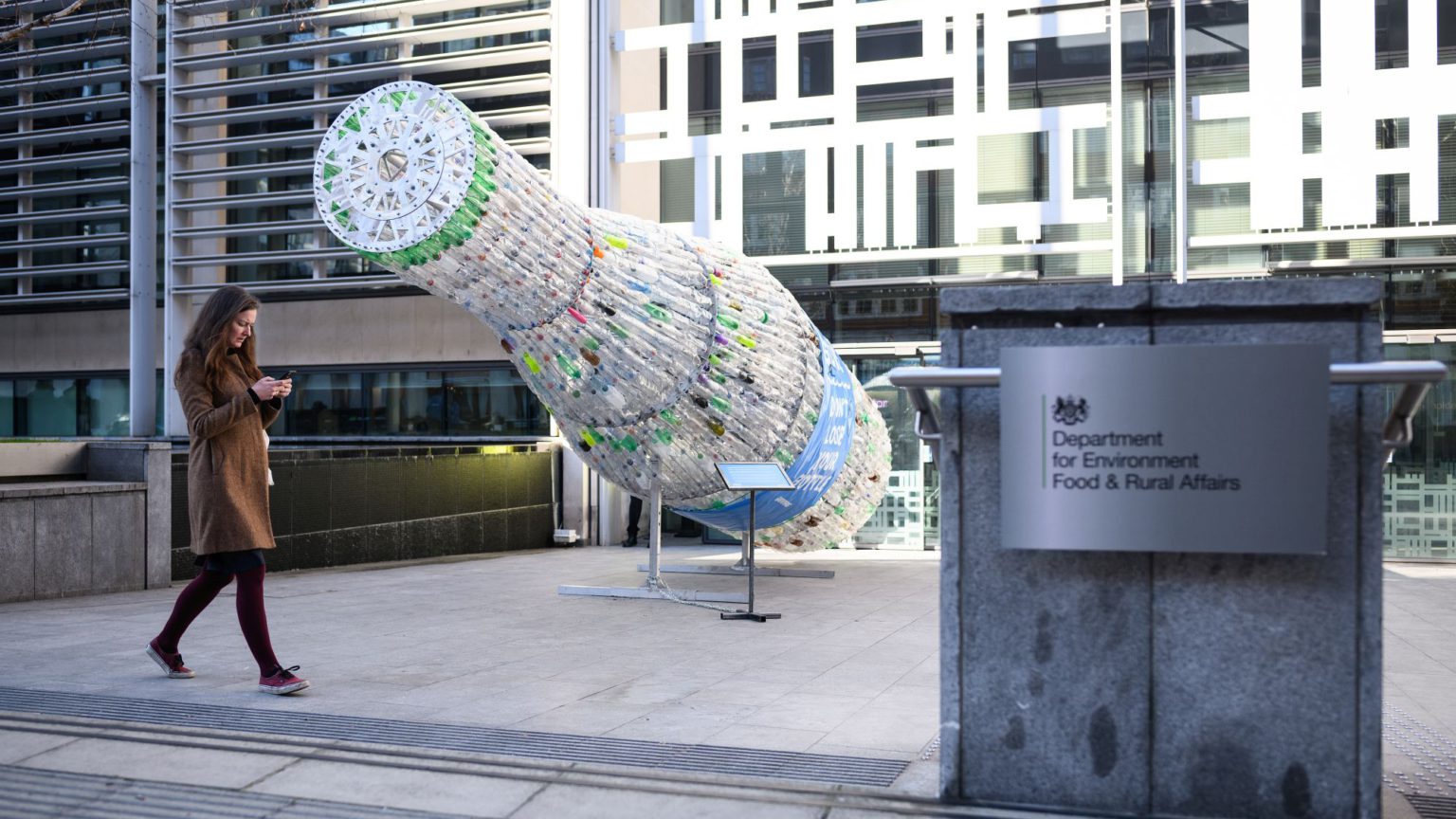 No one can accuse Michael Gove of twiddling his thumbs at the Department for Environment, Food and Rural Affairs (DEFRA). Busy as one of his beloved bees, he has launched a range of initiatives in the past two years, most of which involve banning things.

In February, DEFRA launched a public consultation on whether the government should set up a mandatory bottle-deposit scheme, one of Gove’s favourite ideas. If it becomes law, you will pay a 10-20p deposit on any drink sold in a disposable can or bottle, which you will be able to reclaim at a reverse vending machine or manual take-back point.

Seemingly inspired by David Attenborough’s Blue Planet II documentary, Gove has often pointed to ocean pollution as the justification for this policy.

‘We can be in no doubt that plastic is wreaking havoc on our marine environment – killing dolphins, choking turtles and degrading our most precious habitats’, Gove says. ‘It is absolutely vital we act now to tackle this threat and curb the millions of plastic bottles a day that go unrecycled.’

‘We have already banned harmful microbeads and cut plastic-bag use, and now we want to take action on plastic bottles to help clean up our oceans’, he says.

Plastic pollution of the oceans is certainly a problem, but it is far from clear that a deposit system for beverage bottles in Britain would alleviate it. Ten rivers transport 88 to 95 per cent of all the plastic found in the oceans. Eight of them are in Asia. The other two are in Africa.

Could a bottle-deposit scheme make a difference to marine pollution? On the margins, perhaps, but DEFRA doesn’t seem to have high hopes. Reading its impact assessment, the first thing that struck me was that it barely mentions the ocean and only alludes to possible ‘further additional benefits’ when it does. This is in stark contrast to DEFRA’s press release and Michael Gove’s op-eds, which talk of little else. One gets the impression that Gove wanted to be seen to be doing something in response to Blue Planet II and came up with an idea that, upon closer inspection, wasn’t going to cut the mustard. Rather than saving the turtles, the impact assessment focuses on the less glamorous objective of reducing street litter.

The second thing that struck me was how damn expensive it is going to be. According to DEFRA, it will require 35,000 reverse vending machines to be installed around the country and a new quango – the Deposit Management Organisation – to be created. Small retailers will be required by law to turn themselves into manual take-back points, with minimal remuneration. The system is expected to cost over a billion pounds in its first year, with ongoing costs of £814million per annum. The government expects this to be paid for by consumers who don’t return their drink containers and by producer fees charged by the Deposit Management Organisation. Either way, it means higher prices for consumers.

Even under DEFRA’s somewhat optimistic assumptions, the financial returns from this system are meagre. It expects to collect extra recyclable material worth £37million, reduce litter collection costs by £50million and produce ‘greenhouse-gas emissions savings to society’ worth £12million. The estimate for litter collection looks high, but even if it is accurate, the system will make less than £1 for every £8 spent.

Perhaps aware that this doesn’t look terribly cost-effective, DEFRA finds £986million down the back of the sofa in the form of ‘litter disamenity’ savings. Put simply, litter disamenity is the psychic cost people pay when they see litter lying around. DEFRA admits that monetising this intangible cost is ‘a complex and under-researched area’ and turns to some previous DEFRA research which found that people say that they are prepared to pay an extra £47.50 a year in council tax for a one-point reduction in litter. After making some back-of-the-envelope calculations, the authors arrive at a figure of £986million per year. Taken together with the financial benefits mentioned above, this narrowly pushes the cost-benefit analysis into the black.

There is nothing wrong with including psychological benefits in an impact assessment. Economics is not about money. It is about utility, which is to say happiness. A policy can be worthwhile if it improves people’s lives, even if it is financially loss-making. The problem is that what people say they are prepared to pay and what they are actually prepared to pay are two different things. DEFRA’s figure looks like a convenient overestimate, but even if the British public was truly happy to spend nearly a billion pounds a year to achieve a 42.5 per cent reduction in the number of drinks bottles lying around – which is DEFRA’s calculation – the money would be better spent on litter-picking and rubbish collection. An extra £986million would treble local authorities’ litter-collection budget and surely produce better returns than a deposit scheme on one specific form of litter.

If DEFRA is overestimating the broader economic benefits, it is certainly underestimating the broader economic costs. The impact assessment briefly acknowledges the ‘potential cost to consumers for the time required to return drinks containers to [reverse vending machines] or manual take-back points’, but there is no attempt to put a price on it. Why not? Compared with the task of monetising ‘litter disamenity’, estimating the cost of the unpaid labour required to make a deposit scheme function is relatively easy. It is the value of people’s time multiplied by the time it takes them to store their bottles and redeem their deposits.

DEFRA make no estimate of how much time will be consumed by people carting their empties back and forth (most of which would otherwise be collected, hassle-free, at the kerbside). It depends on how long the queue is and whether the machine is working properly, among other considerations, but a ballpark figure of five minutes per household per week does not seem unreasonable. Based on the average hourly income of £14.31, this amounts to an annual total of £1.7 billion in unpaid labour.

This, or something close to it, is the biggest cost of all. Taken together with the financial costs, it means the deposit scheme will cost somewhere in the region of £2.5 billion for a benefit of – at most – £1.1 billion. It doesn’t make any financial sense and it doesn’t stack up in broader economic terms either.

You might say that increasing recycling rates and reducing littering are good things in and of themselves and are worth spending a bit of time and money on. But that is exactly why impact assessments look at intangible costs and benefits. The question of whether it is worthwhile is a testable proposition. Admittedly, it requires a certain amount of sticking one’s finger in the air, but by monetising non-financial costs and benefits, we can get an idea of whether a policy is more trouble than it is worth.

In layman’s terms, the question here boils down to: ‘Does a modest reduction in littering justify spending £814million a year and forcing tens of millions of people to take their empty drink containers to a recycling station when 72 per cent of these containers are already being recycled and kerbside collection covers 99 per cent of British households?’

This question can only be answered in the affirmative if you put a huge value on the cost of littering and no value on people’s time. That is essentially what DEFRA has done and I can see no justification for it. You cannot throw the normal rules of cost-benefit analysis out of the window just because an idea sounds nice – and no amount of talking about turtles is going to change that.

Christopher Snowdon is director of lifestyle economics at the Institute of Economic Affairs. Read his IEA paper on the bottle-deposit scheme here.