In defence of trophy hunters

Those who hate hunting are just estranged from nature. 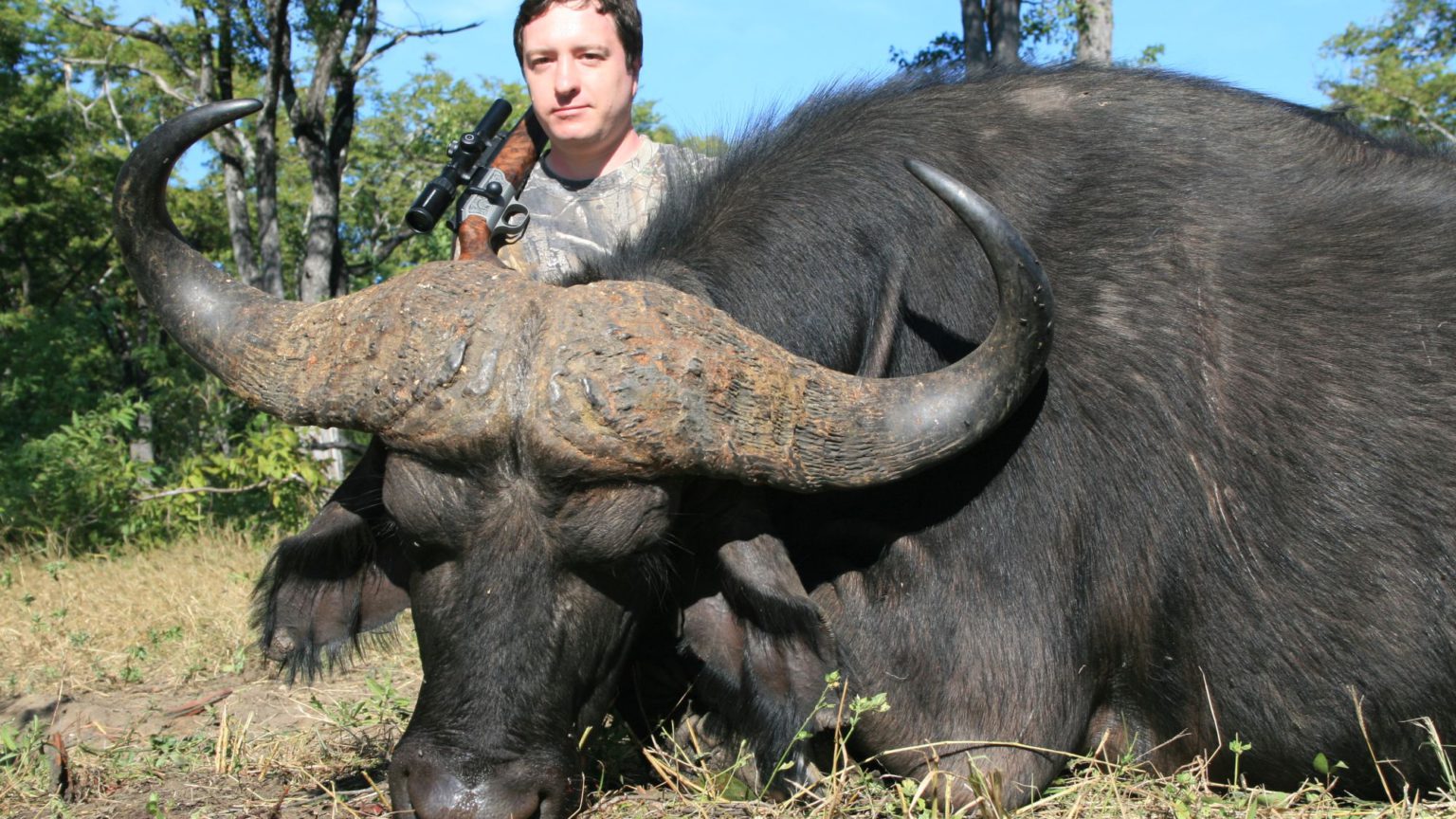 If I said on social media that I wanted to stand over the rotting corpse of a member of parliament or wanted to be able to hunt down and shoot Muslims, I would probably get a visit from the police. But declarations that trophy hunters deserve ‘death and dismemberment’, as Piers Morgan stated, or are ‘vile’ and ‘murdering scum’, as comedian Ricky Gervais tweeted, or should be hunted down and shot, as countless thousands have declared – well, that’s all good.

Add Bryan Harlan to the list of the damned. ‘It was an easy and close shot. I am pleased to take this trophy’, he said. Harlan paid some $110,000 to hunt the markhor, a rare and protected animal, in Pakistan. His smiling picture alongside the markhor, an amazingly beautiful animal, appeared in thousands of Twitterfeeds. Cue mass armchair outrage.

Comments on social media did not hold back: ‘You are a major dick for killing an a precious animal. I hope you die a painful death’; ‘Why is it that so many of these insecure bullies, that trophy hunt for their greed and ego, are overweight arseholes?’; ‘The impotent with tiny penises and the penisless hunt because they envy all animals strong, wild, and free’; ‘It’s not just cruelty, it’s an expression of white supremacy’.

Academics, too, attack trophy hunting as immoral and bad for conservation. It is ‘gratuitous violence’, reads an article on Psychology Today. We must ‘situate trophy hunting in chauvinist, colonialist and anthropocentric thinking’, the author adds.

But is trophy hunting really a uniquely terrible thing? Some hunters distance themselves from those, like Harlan, who do not eat the animals they kill. It is true that there are still a few hunters who hunt primarily for food.

But hunting is no longer necessary for eating. Vegans are right to point to the hypocrisy of those – like Piers Morgan – who enjoy meat but want to mount trophy hunter’s heads on the wall. Do we eat bacon sandwiches because it is strictly necessary for health? Or do we enjoy them? Are barbeques actually necessary? Is leather really necessary for shoes? No. Nor – if truth be told – is hunting necessary today. All hunting is for pleasure.

The arguments around conservation don’t stack up, either. Harlan’s hunt benefited not only residents of the poor, isolated areas in Pakistan where the markhor lives, but also the markhor themselves. The former got 80 per cent of the $110,000 fee, as well as income as hunting guides and hosts – all extra incentives for them not to poach the markhors. Government wildlife agencies got the other 20 percent. Markhor numbers are also climbing, from around 2,000 20 years ago to an estimated 5,754 today. Part of the reason for its recovery is undoubtedly hunting, which is why the World Wildlife Fund approved the hunt.

So is hunting ‘colonialism’ or ‘white supremacy’, as some allege? No. In fact, much anti-hunting sentiment is closer to it. In these Twitter spats, Pakistanis, Botswanans, Namibians, Zimbabweans and others who welcome hunters are portrayed as the craven and corrupt brown and black companions to great white hunters, straight out of 1930s central casting. A National Geographic article on trophy hunting questioned whether the fees charged would ever be used for conservation, referring to ‘kleptocracies’ and ‘corrupt governments’.

The London-based Born Free Foundation has lectured Botswana’s ‘new regime’ for considering reintroducing trophy hunting of elephants, which was banned in 2014, due to a high number of elephants causing disruption. Anti-hunting is often white people telling Africans or Pakistanis what to do inside their own borders.

That people today are outraged by trophy hunting is precisely because most are so completely estranged from nature. ‘What is animal becomes human and what is human becomes animal’, observed Karl Marx in his Economic and Philosophic Manuscripts of 1844, discussing alienation. Marx pointed to the profound alienation of human beings not simply from themselves, their labour and their fellow humans, but also from nature itself.

Self-righteous anti-hunting types almost always live in urban areas and are estranged from the environment. They think they are not implicated in the death of animals, regardless of the millions of chickens slaughtered for their Nando’s. Even the strictest vegans are responsible, indirectly, for destroying animal environments that result in millions of deaths. The mere fact of our existence means we impact on our environment.

Animals are not people. They have no interests other than to procreate. Some scientific studies insist that animals mourn their dead, particularly since Jane Goodall decided to name the chimpanzees she studied. But that projects our inner world upon theirs. Animals ignore the deaths of individuals of their own species.

Human beings, by contrast, are both part of nature and entirely different from every other species. We are moral animals in that we make moral decisions for which we are accountable and accord each other moral equality. The culling of human beings is always immoral; the culling of animals, whether natural or by humans, is often necessary, and, so long as the future of the species is not threatened, has few moral implications.

Estrangement from nature also gives rise to the ridiculous ‘it’s not a fair fight’ argument. Animals, in their native environment, are equipped with amazing senses of sight, hearing and smell – far superior to ours. Markhors are designed to run across the most vertiginous rocky country, cope with temperature extremes we could not bear, and are completely at home in their environment. We’re in their manor. Most hunts (in my experience) are unsuccessful. Guns are an improvement on the bow and arrow, but only by extending the range of the shot. The rest of the hunt is pretty much as it was hundreds or perhaps thousands of years ago.

Finally, can we not explain the appeal of trophy hunting without recourse to pseudo-psychological silliness? I can only answer from my own experiences. The appeal of the hunt is to immerse oneself in nature as a participant, of surviving outside of the world of advertising boards, regulations and roads, if only for a while.

What’s more, hunting is – or should be – a contest. In what will appear ironic to those estranged from nature, hunters love their quarry far more than those armchair animal lovers who anthropomorphise animals. You cannot come into close contact with a wild deer – or markhor – except as a hunter. These animals are designed to elude hunters; we are designed to pursue them.

Hunting is about pitting your wits against animals superbly adapted to their environment. It is about spending countless hours or days scouring the landscape or tracking elusive quarry, shivering in the freezing rain, walking through desert, canoeing through pristine wilderness as the wolves howl in the background. It is about the instant camaraderie among hunters, telling the story (many times) in the bar. And yes, it is about the photo and the trophy on your wall to remind you of the shoot.