Western grandstanding over the Uyghurs could make a bad situation worse. 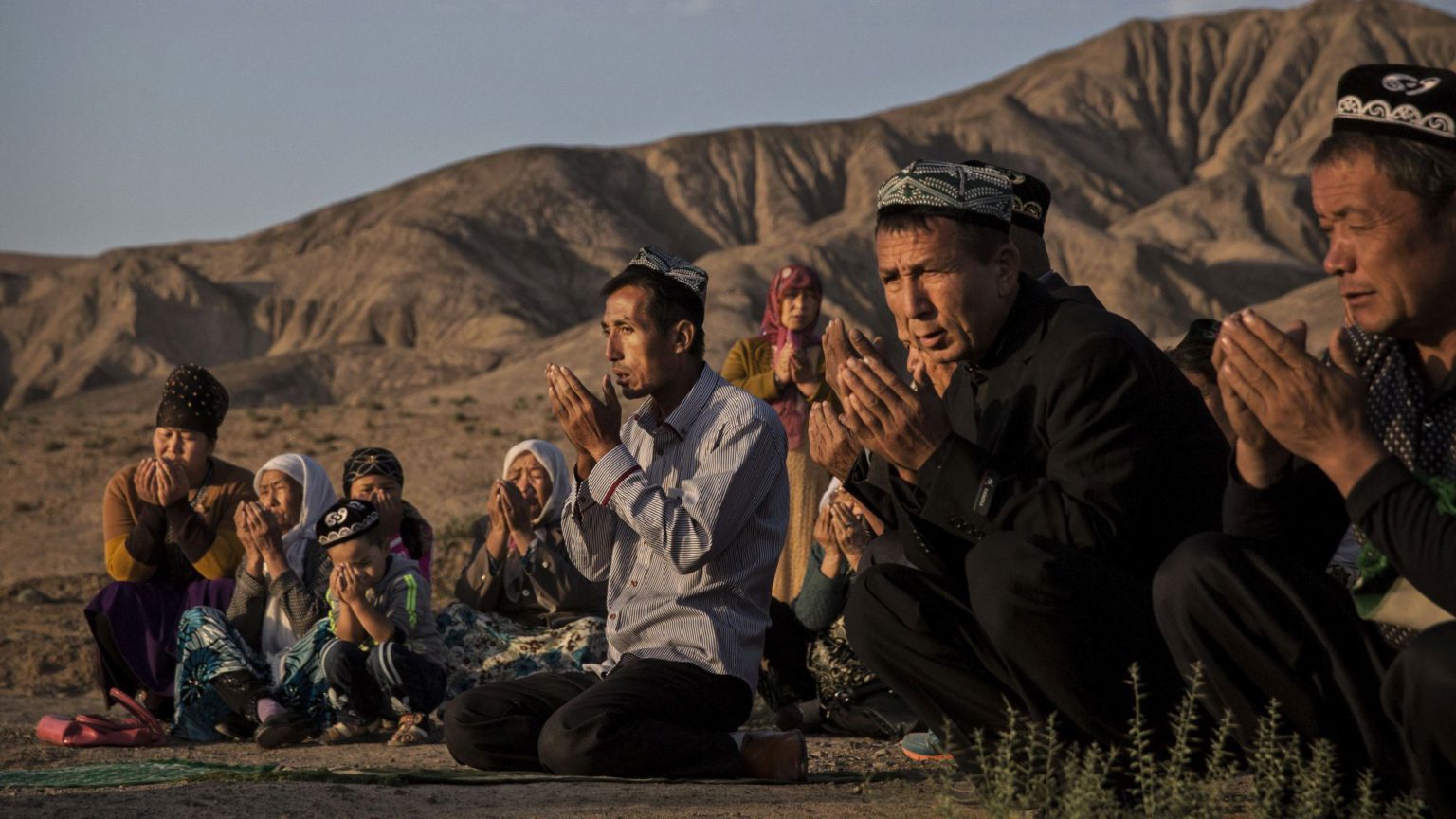 The Uyghurs are a Turkic Muslim minority primarily based in China’s north-western Xinjiang region, and nowadays it seems that every right-thinking Western commentator is up in arms on their behalf. Almost weekly, the mainstream media can be found protesting at the clear ill-treatment and injustices that Uyghurs face in China. As the Rohingyas’ plight in western Burma fades from memory, so the Uyghurs – detained en masse, and tortured and brutalised by the Chinese authorities – have become the West’s new cause celebre.

Yet, for all the column inches written about the Uyghurs, very little is known in the West about this Chinese Muslim minority. Here I attempt to explain some of the background to the Uyghurs’ troubles, separating fact from speculation, so that we might better understand their situation in the hope that well-meaning liberals don’t overreach themselves and do more harm than good.

Around nine million Uyghurs live in Xinjiang. This is the largest province in China, comprising almost 30 per cent of its territory. Consisting, in the main, of deserts and mountains, only 10 per cent of Xinjiang is habitable. The Uyghurs make up a significant proportion of Xinjiang’s population, but just one per cent of China’s total population.

They form one of the 55 classified ethnic minorities (8.5 per cent of the population) in China. Of the two main Muslim minorities, the Hui have effectively been assimilated over the years; the Uyghurs, however, suffer ‘a pervasive system of ethnic discrimination’ precisely because they express their religious and cultural difference to the Han mainstream.

Xinjiang, the most western province, has long proved to be a headache for the Communist Party’s Central Committee in far-off Beijing. As a particularly aggrieved minority, the Uyghurs have increasingly pursued national independence, particularly since the 1990s, when the Communist Party’s frequent military interventions served to inflame antagonisms. In 2009, Uyghur riots left 150 dead and there have been several high-profile terrorist acts by Uyghur separatists since. While ordinary Uyghurs are getting on with making a living, they have been variously patronised and besieged by the Chinese state.

In the cities of Hotan, Kashgar and Urumqi, armoured cars, machine guns and spot checks are an everyday sight. In many urban and rural areas, beards have been made illegal for devout Muslim Uyghurs; and it became a crime not to watch state-run Chinese TV (even though many Chinese agree that the quality of state TV is itself a crime). Uyghurs are prosecuted for giving babies certain Muslim names, and the government even tried to force devout Muslims in Uyghur areas to sell alcohol. The suspected Uyghur involvement in the Erawan shrine bombing in Bangkok and evidence of links to ISIS have emboldened the Chinese state to step up monitoring and persecution in Xinjiang.

In the past few months – and only under international pressure – the Chinese authorities have admitted that so-called Uyghur re-education camps exist. This is yet another development of the systematic abuse faced by many Uyghurs in Xinjiang and around China. But, even so, there is an unnecessary level of hyperbole around the issue of China and the Uyghurs that serves to muddy rather than clarify it.

The United Nations claims that around one million Uyghurs are being forcibly detained in detention centres – or ‘concentration camps’, as they have come to be known. The vice chair of the UN committee on the elimination of racial discrimination went further, saying that ‘two million have been forced into so-called re-education camps for political and cultural indoctrination’, and adding that the entire province of Xinjiang resembles a massive internment camp. The World Uyghur Congress states that ‘about three million people were being held for indefinite periods’. A Russian news agency says 10million Uyghurs are interned. At the moment, any and all of these figures are unverified.

It is a fair bet that human-rights abuses are taking place, as they have done for a long time. But claims that millions are in concentration camps are speculative, based on rumour, guesswork, and something called ‘forensic journalism’, which uses open-source digital mapping, satellite data and computer reconstruction to construct evidence. What this really means is that the figure for the number of detainees comes from satellite images of facilities that are presumed to be concentration camps and further conjectured to contain millions. So, still, no one really knows.

Of course, there is undoubtedly something unsavoury about this vast machine through which China claims to be integrating Uyghurs into the mainstream. The Chinese authorities say that Muslim minorities need to integrate so that they can take advantage of China’s opportunities, but many Uyghurs interpret this as an ‘assimilation’ process designed to make them ‘forget their original culture and then replace it with Chinese culture’. The entry of Saudi Arabia’s Crown Prince, the now largely reviled Mohammed bin Salman, into the debate, excusing these policies in terms of China’s ‘right to carry out anti-terrorism and de-extremisation work for its national security’, has only added fuel to the fire and strengthened the belief in Western circles that there is only one right interpretation of the Uyghur story – and it is not the one championed by the Chinese Communist Party or MBS.

Robert Kaplan likens China to a ‘prison of nations’ and there is something in this. The Chinese state needs to retain control if it is to continue in power. Through policies like the hukou – a de facto internal passport system – freedom of movement and free assembly are not really free in China. Restrictions on movement are even more obvious if you are an aggrieved Islamic minority group on the borders of Pakistan and Tajikistan. Any Uyghurs returning from abroad – accused of being subject to foreign influence – are immediately targeted. After all, China was spooked by the Arab Spring, and has long been worried by the threat to its stability after watching the role that ‘ethnicity’ played in the collapse of the Soviet Union and Yugoslavia.

One recent research paper notes that imprisonment in China ‘operates as a state-directed social-control tactic’. It is an unpleasant reality, but Chinese prisons (detention camps) are occupied by a huge number of people, beyond just Uyghurs. One cause for imprisonment, for example, is ‘to deter potential rural migrants from… becoming a source of disruption’. The Chinese Communist Party is clear about the fact that it is intolerant of unrest – real or imagined – at any level.

China thinks it can resolve local conflicts by the expansion of the economy and investment in infrastructure. When the global recession hit China, the Communist Party injected huge amounts of capital into Xinjiang, leading to GDP growth at around 12-13 per cent per annum – which is still above the national average of seven per cent. The party’s Belt and Road Initiative builds on the previous Go West development strategy to create economic dynamism in order to maintain social harmony in its historically troublesome border territories. In 2017 alone, 50,000 companies were allegedly set up, and wages have increased greatly (although, admittedly, not for everyone).

But what the statistics miss is that in the past 50 years, Uyghurs have gone from constituting around 70 per cent of Xinjiang’s population in 1949 to 26 per cent today, while the majority Han population (92 per cent of the national population) has increased from six per cent to 40 per cent in Xinjiang due to a deliberate strategy known as Hanification. So, for decades, Han employment and housing has been at the expense of the local minorities, with Uyghurs regularly excluded from jobs, hotels and services. As a result, for many poor Uyghurs the government’s investment in business and infrastructure is merely another example of Beijing-style colonialism.

It is no excuse, but it is fair to say that in matters of internal organisation and international diplomacy, China is hamfisted. Its carrot-and-stick approach to its minorities often finds expression through ‘de-radicalisation’ programmes. Its own human-rights organisations claim that up to 1.3million Uyghurs may have been forced to attend mandatory day or evening re-education sessions in their villages or town centres. But from the authorities’ perspective, these facilities are merely providing Uyghurs and other minorities with compulsory Mandarin language classes mixed with Central Party loyalty classes.

China’s regime of ‘indoctrination and thought control’ is undeniably undemocratic and coerced. But let us not be naive — this is China. Here, passing a course in Marxist ideology is compulsory in order to obtain a university degree; and school text books are censored lest ‘social criticism may inspire disobedience’.

In all of this it is important to realise that the vast majority of Uyghurs are not militant, but neither are they passive victims. There is an Islamist arm to Uyghur nationalism that is deeply troubling (in global terms and not just for China), but there are also Uyghur Communist Party officials, business leaders and workers whose day-to-day activities have allegedly lifted 600,000 Xinjiang residents out of poverty in 2016 alone and raised living standards by eight per cent per annum. While a growing number of Uyghurs secretly – and illegally – learn English so that they can be more Western-facing, many millions eagerly learn Mandarin to move up the ladder in China. So, yes, Xinjiang’s cities and towns are patrolled by Chinese armoured cars, and its inhabitants stopped, searched and detained, but it is a hugely complicated situation.

Western grandstanding over, and UN pontification about, millions interned in ‘labour camps’ at best makes no difference to Uyghur exploitation on the ground. At worst, however, it will consolidate Uyghur victimhood and legitimise unrepresentative Uyghur militancy. Scandalous and unjust as it is for the Chinese state to detain vast numbers of minorities in order to cleanse them of ‘politically incorrect’ thoughts and attitudes, the Uyghur question is complicated, and Western powers should be very wary of what they might be stirring up.

Yinzi Huli is a Chinese journalist.