My battle with the transgender thoughtpolice

James Caspian on the suppression of his research into people who detransition. 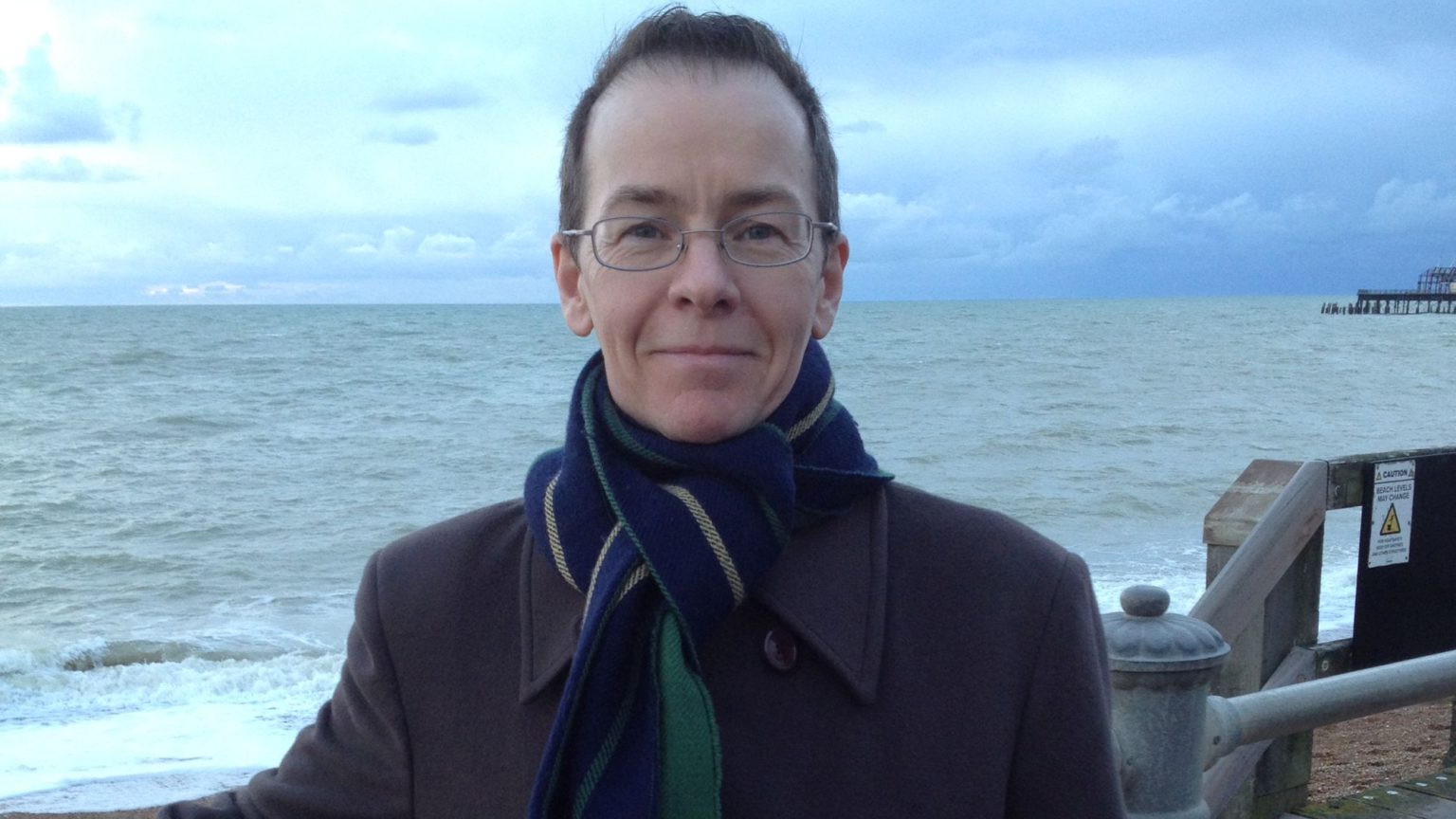 In 2017, James Caspian, an experienced psychotherapist, attempted to undertake a research project into the phenomenon of ‘detransitioning’, where men and women who have transitioned to another gender come to regret their decision and take steps to reverse the process. But Bath Spa University rejected his research proposal on the grounds that it was ‘politically incorrect’ and ‘might cause offense’. The university’s ethics committee said it could result in criticism of the university on social media.

Since then, Caspian has been fighting the university in the courts. This week, the High Court rejected his bid for a judicial review on procedural grounds. He plans to appeal the decision. spiked asked him about his research and the political climate that led to its suppression.

spiked: What made you want to research detransitioning?

James Caspian: In 2014, I met with a surgeon from Belgrade called Dr Miroslav Djordjevic, who is very experienced in doing gender-reassignment surgeries. He told me that he had recently done around seven reverse gender-reassignment surgeries. Natal men who had undergone genital surgery elsewhere but had regretted it went to Dr Djordjevic to reverse it. But once you’ve had your genitals removed, you can’t actually reverse that. All he could do was a cosmetic surgery to create the semblance of a penis and testicles. Since our initial conversation, he has done several more reversals and he has been calling publicly for more research into it.

I’ve been working as a psychotherapist for 10 years in a clinical setting with patients who were considering gender reassignment or were undergoing it. I was counselling people referred to me by doctors and assessing people’s suitability for treatment. I was very concerned to hear about this phenomenon of detransitioning.

I went to Bath Spa University and enrolled on an MA course in counselling and psychotherapy. The vast bulk of that course was a piece of research of one’s choosing and my intention was to research detransitioning. After two years of learning about research methodology, I put in a proposal to do a qualitative study into people who had reversed gender reassignment surgery. And the university passed it, saying the proposal was good.

But then I had problems getting people to talk to me about their experience. One man who had detransitioned contacted me to say they were too traumatised to speak about it.

Then I was contacted by the spokeswoman for a group of young women in the USA. These women had transitioned to male, taken testosterone and many of them had their breasts removed. They regretted the decision and reversed their transitions, but they did not reverse their surgery. ‘We just live with the scars’, they said.

So I went back to the university to ask to broaden the study to people who had reversed their transition but without necessarily reversing the surgery. But when I submitted this to the university’s ethics committee, they rejected it. They said that to undertake research into a potentially ‘politically incorrect’ subject (their words) could result in criticism of the research and the university on social media. I was absolutely flabbergasted.

spiked: Why is the research so important?

Caspian: There is some old research into people who regretted transitioning but the studies are very small. Some of them only look at 10 patients and they aren’t particularly long-term.

Besides, the gender field has changed quite a lot in the past 10 or 15 years. It became evident to me that there was a growing number of young people, particularly young women, who were having surgery and then regretting it – in numbers we have never seen before. There have been big changes as use of the internet, social media and smartphones became widespread.

The young women that I had been hearing from said they had been drawn into trans as a kind of a movement. Many of them had discovered trans on the internet. They would spend hours online with a community of people that welcomed them. It seemed exciting, it offered promise as something that could resolve their considerable difficulties. But of course it didn’t. Then when they detransitioned, that community rejected them.

We’ve arrived at a point today where trans has become a political entity and a political statement, aligned with identity politics and the social-justice movement. I talk to a lot of people who have incredibly strong views on trans issues, to the point where they become emotionally unstable when arguing about them. Actually, these tend to be people who have very little knowledge about what trans is, particularly clinical knowledge. And that is not good for safe clinical practice because policy is affected by this highly charged political atmosphere around trans.

spiked: In what ways is trans politics affecting clinical practice?

Caspian: One clear example is the Memorandum of Understanding on Conversion Therapy. This was conceived to ban conversion therapy for gay people and was extended to include trans people.

I was on the board of the psychotherapy regulator when it was being broadened and I was asked to advise on it. When I read it, I realised immediately that it was dangerous. It was influenced by trans activists who wanted to prevent any questioning of self-declared trans identity.

I persistently advised that the wording should make it clear that some people detransition or regret transitioning. I wanted to make it safe for therapists, doctors and social workers to work with people who wanted to reverse their transition. Under the terms of the Memorandum, as it stands, they could be struck off their professional register. It would prevent professionals working ethically and safely with anyone who wanted to detransition.

The political nature of the Memorandum became clear when someone wrote a letter in the British Association for Counselling and Psychotherapy (BACP) journal, sounding notes of caution about the transitioning of children. A group called on the journal’s editor to say that she should never have allowed that letter to be published. The editor apologised and another letter appeared, saying that ‘the Memorandum of Understanding makes it clear that affirmation is non-negotiable’. The affirmation approach to transitioning means that a doctor must affirm a patient’s trans identity. So it was just as I had said right at the beginning: that it could lead to clinicians thinking that they had to affirm without really delving into the long-term histories of their patients.

Many clinics in the US take the affirmation approach. The women I spoke to who detransitioned had acquired hormone prescriptions after just one or two visits to the clinic and without any in-depth counselling or consideration of their mental health. Some of them had been sexually abused or had histories of self-harm but this was not explored in their counselling.

What’s happened is that policy writers have worked entirely on the advice of small activist groups. And their advice is used in the NHS, the Department of Health and the Department of Education, among other parts of government.

These trans groups were initially set up to ensure that people who transitioned had civil and legal rights – and quite right, too. However, they then seemed to adopt a narrative around transgenderism which apparently no one is supposed to question.

spiked: What is that narrative?

Caspian: On the one hand, there is a narrative that gender identity is neurobiological – that you can have such a thing as a female brain in a male baby’s body and vice versa. To that end, there are a small number of studies that attempt to show a gendered brain, but there are many others that show that there is not.

The other main narrative, in a strange way, is its opposite and yet it runs concurrently. It comes from queer theory. This narrative basically says that your body is irrelevant – it’s what you feel like and think you are that is the truth. So if you think you’re a woman, you are. This is where you get the ‘trans women are women’ mantra. That idea is clearly very different to saying that gender is neurobiologically hardwired in the brain.

But none of these theories have any sound scientific backing or any body of evidence that is generally agreed. They are a series of opinions. The whole field has become entirely political.

One doctor I know made a huge list of reasons as to why people went to him and presented as trans. The whole issue is very complex and multi-layered. But the idea that there can be any psychological reasons for cross-sex identification, which seems to be the most obvious explanation, is the one that is most rejected by trans activists. And so we’re not supposed to talk about that.

spiked: What do you say to those who accuse you of transphobia?

Caspian: I was a trustee of the Beaumont Trust for 17 years, which exists to educate people about trans and support trans people. I worked clinically for 10 years with patients undergoing transitions. I gave transgender awareness training to the public and private sectors for many years. I’ve been around trans people probably since I was about 16 or 17 years old. My only concerns are ethics, safety and the truth – I don’t want to see everything slanted by people’s political wishes because that’s not good clinical practice.

When I give transgender awareness training, I tell people about my clinical experience, what trans people are, what the theories are, about the politics, about my research, everything. Afterwards, people come up to me to say thank you – they know there is a complex picture to why people transition, but they don’t think they can say that. Some people have said to me, ‘We didn’t think we could think that’.

That is the effect of the thoughtpolice. We know the real police are interviewing people who question whether transwomen are women in the way that natal women are. It is extraordinary. And it is this fear that was driving Bath Spa’s veto of my much-needed research. They think they’re going to get accused of hate or transphobia.