Whether it’s the gilets jaunes or the Five Star Movement, Europeans are revolting against the status quo. 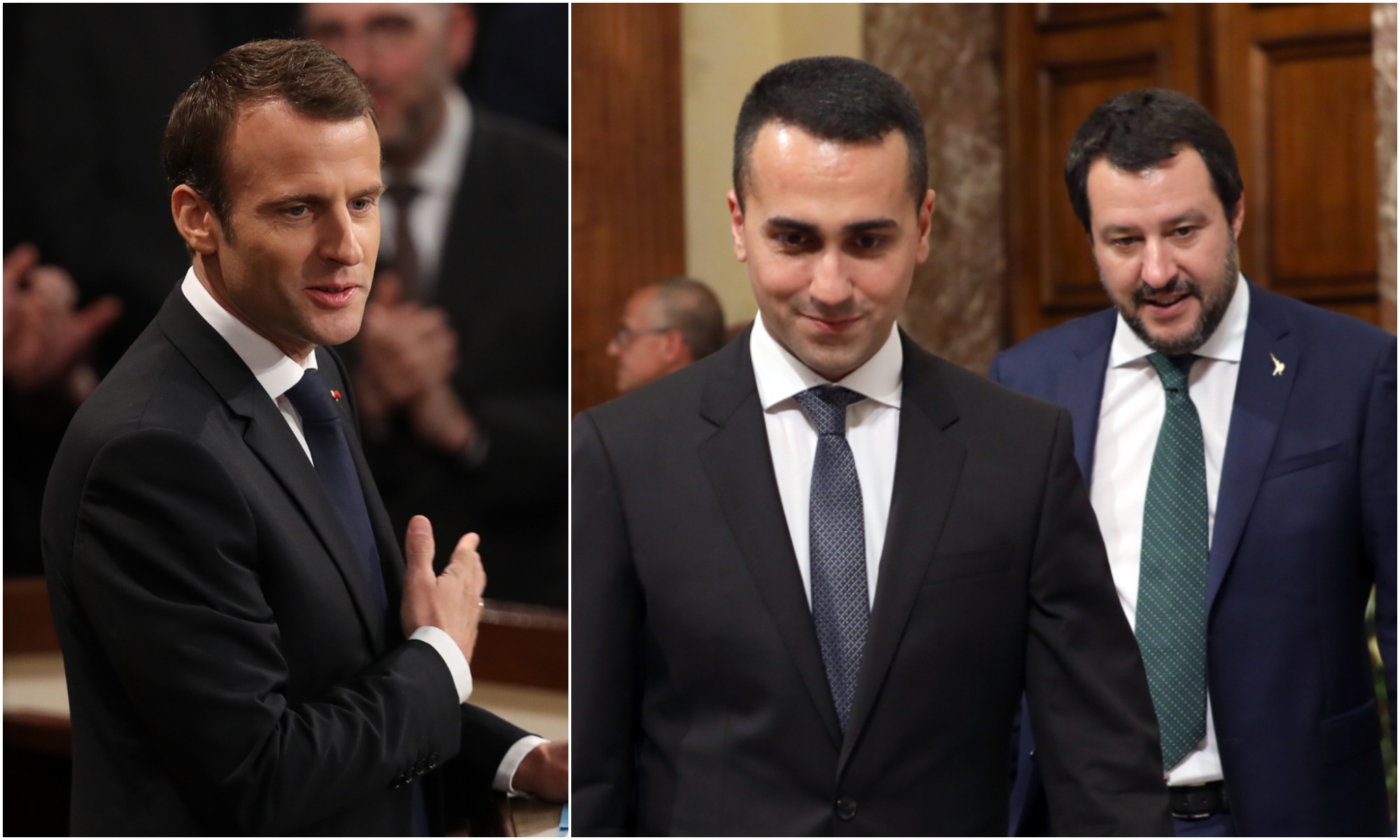 Relations between Italy and France, two historic allies and founder members of the European Union, have sunk to a new low. For the first time since 1940, when Mussolini declared war on France, the French government has withdrawn its ambassador to Rome.

There has been a number of disputes over practical matters, including the possible cancellation of a planned Lyon-Turin high-speed rail link. But the main reason relations have reached such depths is because the warring governments are on different sides of Europe-wide political and cultural divides.

The war of words between the two countries began with the formation of Italy’s national-populist government, a coalition between Luigi Di Maio’s Five Star Movement and Matteo Salvini’s League. The centrist, pro-EU Emmanuel Macron warned that nationalists and populists were ‘rising like leprosy’ and could drag Europe back to the 1930s.

Many of the most intense rows have been over migration. When Salvini refused to allow the Aquarius, a ship full of migrants rescued off the Libyan coast, to dock in Italy, Macron denounced the move as ‘cynical and irresponsible’. The Italians hit back – Macron was a hypocrite, they argued. He too had refused to harbour the migrant ship, leaving it to Spain. Furthermore, France had failed to take its fair share of non-EU migrants, they said.

Following another dispute over migrants, this time on the French-Italian border, Salvini said he hoped the French people would soon get rid of their ‘terrible president’. Last month, Di Maio claimed that France was to blame for fuelling the migrant crisis. France had ‘never stopped colonising Africa’, he said. French diplomats described the comments as ‘hostile’ and ‘unacceptable’.

But the straw that broke the camel’s back was Di Maio’s surprise visit (unknown even to Italy’s foreign ministry) to the outskirts of Paris, where he met with a group of gilets jaunes (yellow vests). The movement has staged the largest revolt in France since the 1968 uprisings, demonstrating against the French government for the past 13 weeks.

But Di Maio was meeting with a movement that has great resonance with the wider French public. In a recent YouGov poll for the Huffington Post, 64 per cent of respondents said they ‘support’ the gilets jaunes, while 74 per cent agreed that its protests were ‘justified’. It is with some justification, then, that Di Maio can claim to be on the side of French citizens in standing with the yellow vests.

Meanwhile, Macron’s approval ratings have collapsed since he assumed office. They hit a record low back in December 2018 of just 23 per cent. Although his popularity has recovered slightly since then, the last thing the beleaguered French government wants to encourage is the ‘wind of change’. The president has tried various carrots and sticks to quell the yellow-vest uprising – from hikes in the minimum wage to draconian new laws that forbid unauthorised protest. But the gilets jaunes continue to march. Their demands for a greater say in politics and a greater standard of living present a direct challenge not only to Macron’s aloof, top-down, technocratic style of politics, but also to the anti-democratic, austerity-driven EU, which takes decision-making power out of the hands of European electorates.

The great irony is that while France and Italy’s diplomatic row appears to reveal a great faultline between the two nations, it actually reminds us that the people of Europe share similar frustrations and aspirations. The success of Italy’s populist parties and France’s yellow vests are an expression of this. While each nation is revolting against the old order in its own way, the trend across Europe at the ballot box is clear: anti-establishment, populist and nationalist parties have been gaining ground in nearly every national election over the past few years. They are expected to cause an enormous upset in the European Parliament elections in May, too. At the same time, establishment parties of the centre-left and centre-right have struggled to cling to power – and in some cases, like the Socialist Party in France, the Democratic Party in Italy and Pasok in Greece, they have faced electoral oblivion.

The ‘wind of change’ in Europe has already spread far beyond the Alps.