A miscarriage of justice?

The first FGM conviction in Britain has been secured. But at what cost? 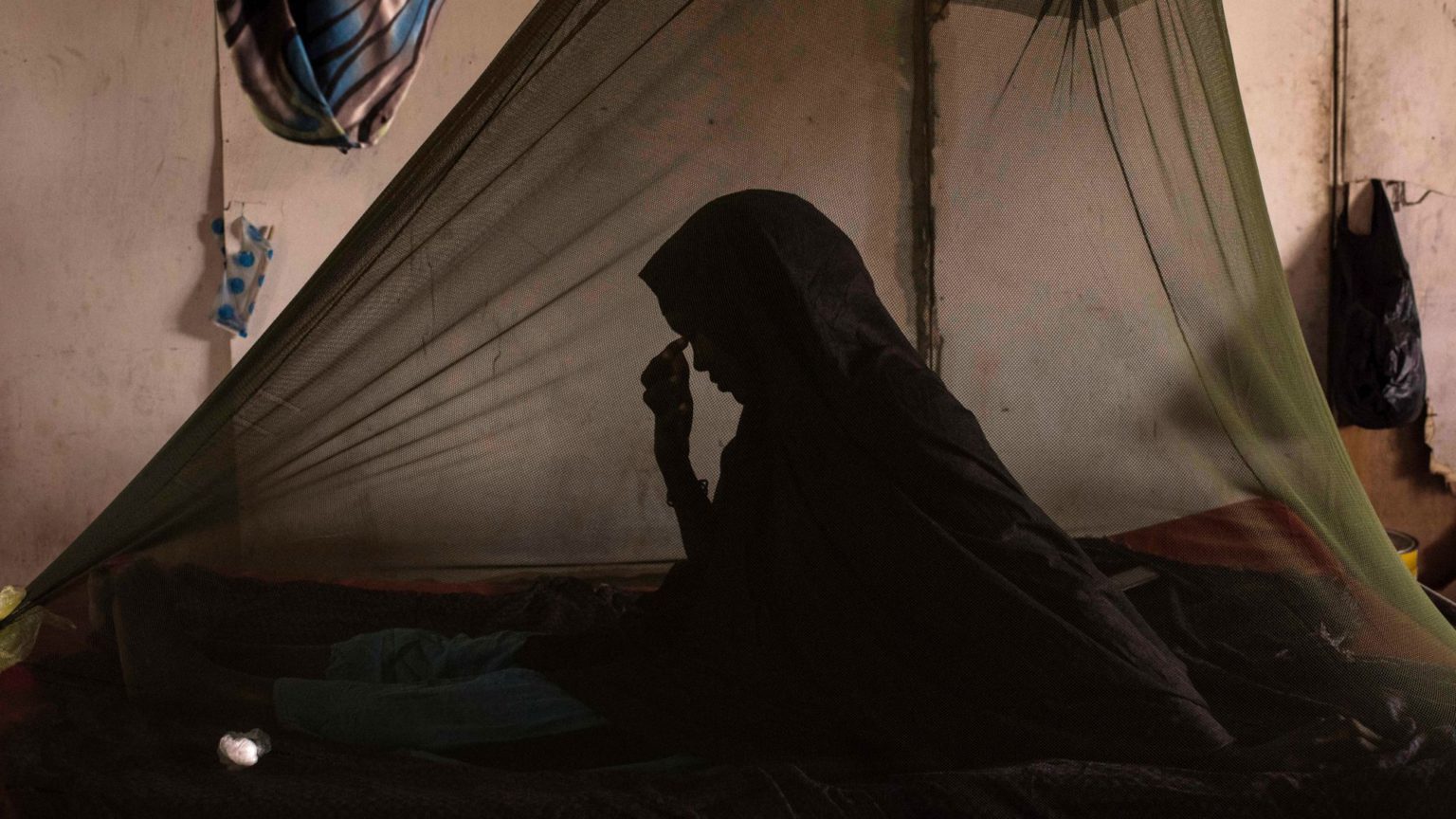 In a high-profile, three-week trial at the Old Bailey, which finished on 1 February, a mother from Uganda became the first person in the UK to be found guilty of female genital mutilation (FGM) by cutting her daughter’s genitals. This landmark ruling has delighted the authorities and FGM campaigners, who have convinced themselves that FGM is rife in the UK.

There’s been a low-key drive to find somebody to prosecute since the Female Genital Mutilation Act was passed in 2003, replacing the Prohibition of Female Circumcision Act 1985, which no one was ever successfully prosecuted under. The search for a conviction assumed a higher priority in 2015, with the passing of the Serious Crime Act, which ushered in a zero-tolerance approach to FGM.

I sat through the trial and I think a miscarriage of justice may have ensued. The mother claimed that in August 2017 her three-year-old girl, who was knickerless as she had recently been bathed, had slipped and cut her genitals on the metal edge of a loose cupboard door.

Medical staff at Whipps Cross Hospital doubted the veracity of the explanation, and suspected the child had been coached to give that version of events. A diagnosis of FGM Type 2 was made by an obstetric and gynaecology consultant, after he had examined and treated the girl under general anaesthetic. His diagnosis was later verified by two FGM expert clinicians – a consultant community paediatrician and a consultant gynaecologist from University College London Hospitals (UCLH).

The parents were referred to the police, who embarked on a 16-month investigation, culminating in the trial where the three doctors testified for the prosecution. They confirmed that the straddle injury story didn’t ring true, and that the child had undergone FGM. A forensic pathologist agreed, suggesting the girl’s injury was non-accidental.

But it seemed to me that the mother didn’t stand much chance of a fair trial. She asserted her innocence throughout and said she did not even know what FGM was when first accused.

The pervasive myths about the prevalence and degree of FGM in the UK, combined with the mother’s admittedly strange belief in and use of spells, effectively played on racist prejudices about Africans being steeped in superstition. All of this probably went against her.

Popular myths about FGM, perpetuated by governments, professionals, charities, campaigners and activists, insist that it is secretly practised in the UK on a large scale, that families are resorting to ever more devious ways of cutting younger children, that cutters are being imported and / or that girls undergo it when taken abroad during long school holidays – the so-called ‘cutting season’. There is no evidence, however, to suggest that any of this is true.

Previous FGM trials – there were trials in London in in 2011 and 2018, and in Bristol in 2018 – delivered not-guilty verdicts. These trials caused huge disquiet and disappointment among anti-FGM activists. They became desperate for a conviction. The police also wanted to be able to cite one, in order to send a strong message that they would do everything possible to pursue those determined to practise FGM.

Nevertheless, this time around, there was a degree of quiet optimism that this would be the one. And they were proved right.

Much was made of the fact that the mother used ‘freezer spells’ to try to silence specific professionals – from social services, the police and the Crown Prosecution Service. That she, in her desperation, resorted to using spells was, I suspect, a reflection of her feelings of powerlessness in the face of the enormity of the charge. A link between FGM and witchcraft was initially suggested, before it was discounted in court.

The character assassination she had to endure, with regard to her male acquaintances, finances and family priorities, had little bearing on the case, but it can’t have helped her case either.

Nevertheless, sitting through the trial I was quietly confident she would be acquitted. That is because, although she fitted the stereotype, a number of important facts stood in her favour.

Firstly, neither she nor her former partner’s tribes practice FGM. She is from central Uganda and is Muganda. They do not circumcise women or girls and the woman herself hadn’t been circumcised. Her son’s father (not the girl’s father) is also Muganda, and they circumcise boys only.

The girl’s father, who was acquitted in the trial, is Ghanaian, from Accra and from the Ga tribe. This tribe does not practice female circumcision, either. Nor have his mother or his sisters been circumcised.

Nothing said in court suggested that there was any motive. The mother and her former partner are heavy smartphone users. All of their thousands of communications in the two-year run-up to the incident were logged and analysed by the police. Nothing was found to suggest that they had ever considered, discussed, planned or intended to cut their daughter.

The prosecution made much of the fact that the defence hadn’t called in medical experts to challenge the official reports. We weren’t told whether the defence had tried and failed to find them, but I wouldn’t be surprised if that was the case. A limited number of doctors have this specialist knowledge. The rarity of FGM cases in the UK means it is difficult to acquire.

So what expertise exists appears to lie almost solely with the two consultants at UCLH. They work in the only specialist FGM clinic for girls under 18 in the UK. All suspected FGM cases are referred to them. But in 2018, a freedom-of-information request confirmed that they had treated just 43 patients since it opened in 2014, and five girls only in the past year. When asked for more details, the UCLH Trust said all the girls referred to the clinic had confirmed FGM, but would not say how many underwent the practice in the UK.

I readily acknowledge that the injury sustained by the girl was hard to explain. But I wonder if, had she been from a different ethnic background and presented in A&E with the same story, other explanations than FGM might have been considered and explored. Could assumptions regarding race and ethnicity have led to differential treatment? If so, that would be unacceptable. Just because her symptoms didn’t present as a classic straddle-type injury, it doesn’t mean it wasn’t theoretically (if improbably) possible, as the experts had to concede in court.

I suspect that it was the medical evidence that helped convince the jury of the mother’s guilt, even if there wasn’t a convincing reason given for why she would have cut her daughter’s genitals. In this complex case, full of uncertainty and speculation, clouded by suggestions of witchcraft and spells, experts presented a united front and an authoritative voice.

The girl’s father was exonerated of all charges, but he remains in detention, possibly because his permit to remain in the UK or his work permit has expired. That wasn’t clear.

Taking a step back, it is worth reflecting on the destructive consequences that campaigns of this nature can have, when a incredibly rare practice like FGM is politicised.

The last year-and-a-half will have been hugely traumatic for the children as well as the adults involved in the case. The family was broken up following the August 2017 incident, and the children placed in foster care. While the parents were initially allowed limited and supervised contact with them, this was discontinued for reasons not made clear.

I hope the children are soon returned to the father’s care. They need to be allowed to draw a line under this unfortunate episode and move on. But for this to happen they need to be urgently rehoused, and his permit needs to be renewed. That would at least demonstrate the state’s compassion for the children.

But beyond that, my work on FGM over the past few years suggests that there is an urgent need to examine the anti-FGM industry and consider the possibility that it is doing harm to families and communities.

Bríd Hehir is a writer, researcher and a retired nurse. Visit her blog, FGM/C Shifting Sands.