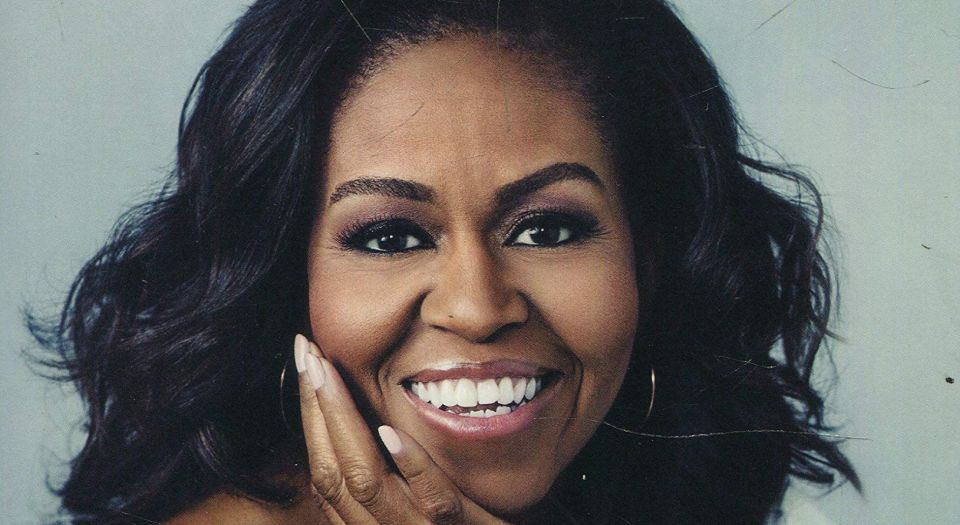 Twenty-two pages into Becoming, Michelle Obama tells the story of a school teacher she once had – one who, in Michelle’s words, was ‘incompetent’. Michelle’s mother, Marian, lobbied her daughter’s school to put Michelle and other ‘high-performing kids’ in a separate class. But something else happened, too, which Michelle only found out about years later. Marian had also ‘made a point of seeking out the second-grade teacher and telling her, as kindly as possible, that she had no business teaching and should be working as a drugstore cashier instead’.

Becoming, then, is not a book intended for an audience of drugstore cashiers, low-performers or tired teachers. Rather, it’s aimed at the aspirational, those who think of themselves as ‘high-performers’. Indeed Becoming is littered with nods to the fact that Michelle’s ‘mom friends’ are all ‘professionals’, women who had children ‘deep into our thirties’ and worked ‘in all sorts of careers, from banking and government to nonprofits’. As if to ram home the point that she and her friends are serious, professional people, Michelle claims to be bemused that people cared what she wore as FLOTUS. Yet, given she wore $3,900 Balenciaga boots to one of the stops on the Becoming book tour, she clearly does care about what she wears.

For the most part, Becoming is a relatively tame story, about how Michelle succeeded at school, then university (Princeton) and law school (Harvard), before landing a job at a law firm. We’re told, too, of how her and Barack got together, and her subsequent struggle to decide between a high-flying legal career on $120,000 a year and a ‘fulfilling’ role on half the salary. She later boasts of how she ‘humanised’ the White House by putting in some scented candles and new artworks. Oh, and she kissed a few veterans and talked about childhood obesity along the way. Michelle ends Becoming by describing it as the story of an ‘ordinary person who found herself on an extraordinary journey’. But the end product is disappointingly dull.

The issue of racism is touched on, but not in much depth. There is a moving account of an incident that happened when she was young. Her father had driven the family out to visit friends in the suburbs. When they returned to their car, they discovered their father’s prized Buick had been keyed. It was, for Michelle, a reminder that black people weren’t welcome in that sort of neighbourhood. And towards the end of Becoming she reflects on the ‘unfounded fears and racial stereotypes that lay just beneath the surface of the public consciousness, ready to be stirred up by rumour and innuendo’. This latent threat, in Michelle’s eyes, was finally expressed by the vote for Trump, which she describes in the book as ‘funereal’. But that’s about as hard-hitting as Becoming gets.

Michelle herself is often held up as an inspiration. But Becoming tells an oddly unremarkable, and, dare I say it, uninspiring story. There are no revelations here, and little light is shed on the inner workings of the Obama White House. The most controversial parts of the Obama presidency – his immigration policies and reputation as deporter-in-chief, for instance – are, naturally, passed over. But in the end there is little politics in here at all. Becoming is a thoroughly sugar-coated tale. This is perhaps to be expected from someone who has spent so long in the ‘First Lady pigeonhole’, as Michelle puts it, ‘a place lined with tea leaves and pink linen’. But it doesn’t make for compelling reading.

The book is well written, and occasionally poignant, but it mostly plays it very safe. Indeed, Becoming could sit on a shelf next to My Turn by Nancy Reagan, Spoken From The Heart by Laura Bush, or Hard Choices by Hillary Clinton. And Michelle knows this. She recalls Laura Bush showing her the view of the Rose Garden from the First Lady’s dressing room, observing that Hillary Clinton had shown her the same view, and Bush’s mother-in-law, Barbara, had shown Hillary it eight years before that. ‘I looked out the window, reminded that I was part of a humble continuum’, writes Michelle.

It is a telling moment. The Obamas might have been the first black residents of the White House, but, bar a few interior-design changes, everything else stayed the same. They became part of the ‘humble continuum’ of the establishment. If nothing else, Becoming offers an unwitting insight into why Donald Trump was elected. Not because of some mythical surge of white supremacism, but because Trump broke with precisely that ‘humble continuum’.

Becoming, by Michelle Obama, is published by Viking. (Buy this book from Amazon(UK).)