The liberal elite’s fawning over ‘kween’ Alexandria Ocasio-Cortez is a mortifying spectacle. 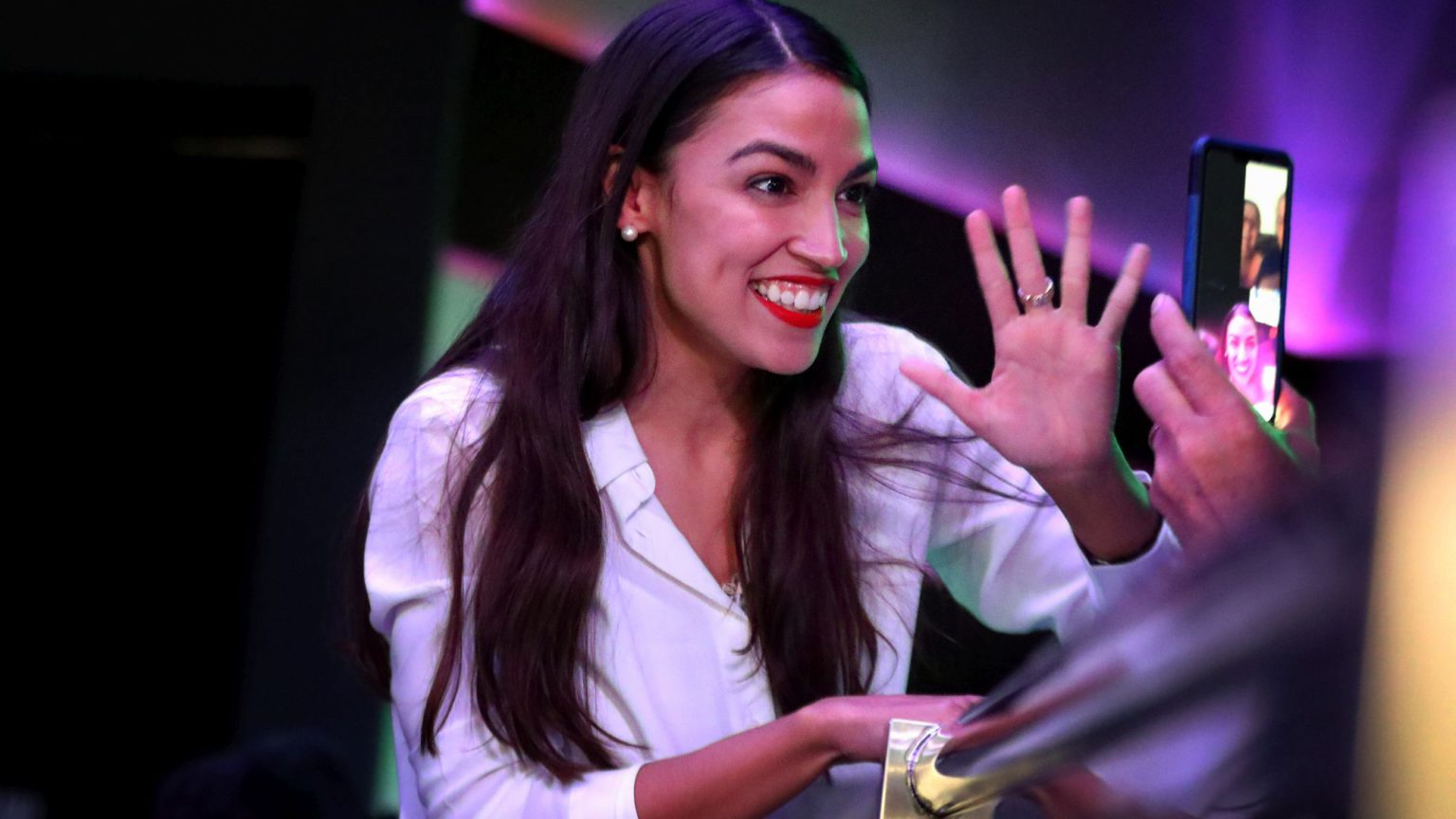 Alexandria Ocasio-Cortez might just be the first-ever virtual politician. The first politician who derives her political authority, and considerable fame, less from a social constituency than from the sycophancy of the Twittersphere. The first politician whose public standing comes mainly from the clicks and likes of the now globalised chattering class. The first politician whose voters – 110,318 in her case – count for less than the patronage she enjoys from the celebrity elite, wealthy liberals, and the strange, fawning online culture of the 21st century in which people like her are ‘kweens’ and in which her every utterance ‘is everything’. The virtual forelock-tugging she enjoys puts to shame the obsequiousness of the royal courts of old.

The extent to which Ocasio-Cortez is a virtual phenomenon more than a political one, a leftish phantasm for an army of disconnected individuals alarmed and bamboozled by the era of Trump and Brexit, was brilliantly captured in the Twitterstorm over her dancing. In the next 11-and-a-half months of 2019 it will be amazing if there is a Twitterstorm as confected and cynical as this one. It started when a Twitter account, since deleted, posted a clip of Ocasio-Cortez dancing when she was a student at Boston University. This is proof she is a ‘nitwit’, the tweeter said. Within seconds, Ocasio-Cortez’s constituency – those time-rich individuals who have the luxury of spending huge parts of their day online – were raging against said tweeter. Soon they were slamming the entire right. Even the whole GOP. Ocasio-Cortez herself tweeted: ‘I hear the GOP thinks women dancing are scandalous.’ The GOP of course made no statement about her dancing. This was fake news. In the strange, removed world of Ocasio-Cortez fandom, a tweeter and a few retweeters were reimagined as ‘the right’, ‘Trump voters’, ‘the GOP’.

The truly alarming thing wasn’t that a handful of right-wing saddos thought that a young, dancing Ocasio-Cortez looked like a nitwit – it was the transformation of this tragic but tiny outburst of anti-dancing prudishness into proof that the entire right and every Republican are anti-fun, anti-women and probably racist too. In the words of one report on the infinitesimally small outrage over Ocasio-Cortez’s dancing, it is because she is a ‘working-class woman of colour’ that she is ‘scrutinised’ so much. This bizarre spectacle – in which hundreds of thousands of Ocasio-Cortez fans held up a couple of anti-dancing tweets as proof that their kween is under constant assault – summed up the neediness of the new virtual politics. In order to sustain the idea that Ocasio-Cortez is a victim, and to sustain the politics of victimhood more broadly, the virtual chattering class must constantly invent hatred and hostility. There was no mass outrage over her dancing. The idea that there was is a whole-cloth fabrication by a new political class that requires the spectre of hateful, ignorant Others for its own sense of identitarian purpose.

This affair confirms that Ocasio-Cortez, far from being a new socialist firebrand come to save the US from neoliberalism, is kind of a female version of Justin Trudeau. Just as the Canadian PM is a very spindoctored phenomenon, better known for his ties, socks, ass and Twitter-friendly political stunts than for what he believes or does, so Ocasio-Cortez is fast becoming a mainly media creation, a meme made flesh. Yes, like Trudeau she is elected – in her case as a member of the US House of Representatives for the 14th District of New York. But in terms of her phenomenon, her kweendom, that fact seems to come a poor second to what she represents to pained liberal elites both inside and outside of New York and outside of the US too: an image of decency in a world in which politics, in their view, has gone mad.

People now see in Ocasio-Cortez what they want to see. They project their hopes and anguish on to her. The right does this as well as the left. The right’s treatment of her as a Marxist threat to the established order is as bonkers, as lacking in reality and substance, as the left’s treatment of her as the great universal hope for progressive politics. Some on the right – only some, just to get the facts right this time – rage against her either as a brainless bimbo who doesn’t belong in politics or as a left ideologue out to destroy America. She can’t be both. Here, too, people are relating to her as phantasm, an entity who symbolises what they need her to symbolise. Some on the right need her to symbolise the Marxist threat they must take a stand against, while many on the left need her to symbolise the coming revenge of the decent against the new, apparently problematic populism.

As a result, there are many myths around Ocasio-Cortez. But perhaps the greatest myth is that she speaks for the downtrodden. In truth, her constituency, her true constituency, are among the most privileged people on Earth: celebs, the time-rich Twitterati, wealthy leftists, Vogue. Indeed, even in the 14th District of New York, which covers the eastern part of the Bronx and northern Queens, her initial support came from the wealthier, whiter suburbs. In the Democratic primary in the 14th District in June last year, Ocasio-Cortez challenged Joe Crowley, who had represented the Dems in the district since 1999. She beat him, in what was widely referred to as a ‘huge upset’ signalling the arrival of a newer, less white, more working-class form of Democratic politics. In truth, Ocasio-Cortez beat Crowley in the primary by winning the support of the district’s posher areas. In the words of Politico, her best precincts were more ‘highly educated, whiter and richer than the district as a whole’, while Crowley’s best precincts included ‘the working-class African-American enclave of LeFrak City’ and ‘heavily Hispanic’ areas too.

Ocasio-Cortez was propelled into her position in the Democratic Party by many wealthy, privileged people, and she is now globally revered as a result of the virtual patronage of many wealthy, privileged people. She is less a spokesperson for the less well-off than a dream conjured up by well-connected elites who despise the direction Western politics has recently taken courtesy of ‘unenlightened’ voters.