The year the EU went to war with Italy

Brussels’ meddling has thwarted the hopes of struggling Italians. 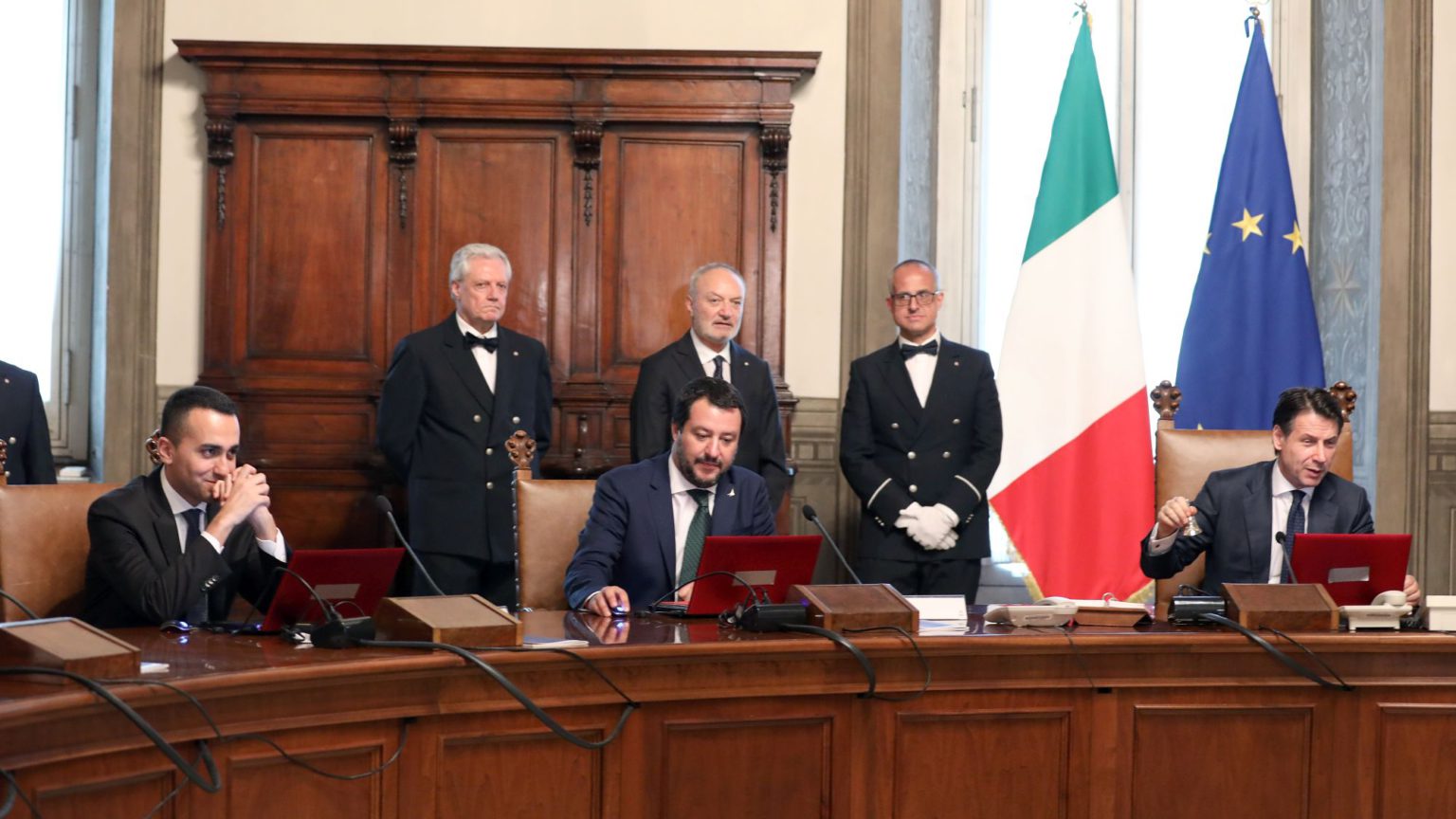 The battles between Italy and the European Union were among the defining political moments of 2018. Italy’s new populist government, a coalition between the Five Star Movement and the League, has drawn the ire of Brussels time and again this year, leading to increasing EU meddling in Italy’s affairs. In particular, the European Commission’s treatment of the Italian government over its 2019 budget reminds us how little Brussels cares for democracy.

All Eurozone countries are formally required to have their budgets approved by the EC, and to follow the rules of the Stability and Growth Pact (SGP), regardless of what voters want from the people they elect. On 31 October, Italy’s lower house of parliament approved the government’s 2019 budget plan to run a deficit of 2.4 per cent of GDP. This deficit is within the SGP’s limit of three per cent. But the EC rejected it, claiming that the government’s growth forecasts for 2019 were overly optimistic. Then, for the first time ever, the EC threatened a Eurozone country with an ‘excessive deficit procedure’ and a fine, a heavy burden on the already struggling Italian economy.

After considerable EC pressure, the Italian government capitulated and submitted a 2019 budget plan with a deficit of 2.04 per cent of GDP. Yet this still wasn’t enough, and further meetings led to the postponing of a vote on the 2019 budget in Italy’s upper house, scheduled for earlier this month. According to Italian law, both houses must pass next year’s budget before the end of the year. But the authority of the unelected EC apparently takes precedence over the institutions of Italian democracy.

EC bureaucrats claim their treatment of Italy is merely about making sure member states follow SGP rules. But these rules have not been applied evenly across the Eurozone. Both Germany and France broke Eurozone rules in 2003 without sanctions. Up to 2017, France has broken the deficit rule every year since 2008. In fact, at the exact same time that the EC rebuffed Italy’s budget, France’s projected budget deficit for 2019 was 2.8 per cent of GDP, higher than the 2.4 per cent proposed by Italy. And recent spending announcements by French president Emmanuel Macron, intended to quell the gilets jaunes protests, could push France’s budget deficit up to 3.5 per cent, according to Les Echos, a French newspaper.

It will be interesting to see what happens with the French deficit and how the EC responds. But it is hard not to conclude that Italy and France have been treated differently by the EU over their budgets, and that this is more about politics than economic rules. Macron, after all, is more enthusiastic about the EU than any of his recent predecessors, while Italy’s current government has been highly critical of the EU.

EU meddling in Italy’s affairs this year wasn’t limited to the budget. After the March General Election, the new government fought with the EU over appointments. It was urged to appoint EU-friendly technocrats. Five Star and the League put forward Paolo Savona as their candidate for economy minister. But Savona was rejected by Italy’s president, Sergio Mattarella, who was in close contact with EU bureaucrats. Savona was considered to be too sceptical of the Euro. The unelected Giovanni Tria, previously a World Bank consultant, was appointed instead. Enzo Moavero Milanesi, who had spent 20 years at the EC, was appointed foreign minister.

In total, eight people who had not stood for election were appointed to the new government, including prime minister Giuseppe Conte, who was largely unheard of before he got the job. At the presentation of the 2019 budget on 19 December, Conte, Tria and Moavero stood beside EC representatives, while the elected leaders of Five Star and the League, who share the role of deputy prime minister, were nowhere to be seen.

The EU has also meddled with the new government’s broader policy agenda. After the election, Five Star and the League agreed a policy contract based on their election pledges. But after pressure from EU officials, it was redrafted. Policies that conflicted with EU policies were removed, including an opt-out on the Euro and the cancellation of €250 billion of Italian debt to the European Central Bank.

EC pressure to change the 2019 budget will also affect the implementation of core policies put forward by Italy’s government. The policy contract included election pledges for cuts in income tax, but the government dropped these from the budget after discussions with the EC. A commitment to reduce the retirement age looks set to be pushed back until late 2019. It is also unclear when the government’s pledged income-support scheme will begin.

The EC’s interventions will have profound consequences for Italians, who voted for change in March 2018 and are still enduring economic hardship. The income-support scheme could help millions of poor and unemployed people. According to the OECD, less than 10 per cent of Italian jobseekers received unemployment benefits in 2017 – the lowest coverage of all 24 OECD countries. The official unemployment rate in 2018 is over 10 per cent. The journalist Thomas Fazi argues that the real figure is closer to 30 per cent, if we include the underemployed and discouraged workers who have given up searching for work. Youth unemployment (15- to 24-year-olds) is at around 33 per cent. No wonder 66 per cent of Italians aged 18 to 34 still live with their parents, and those who don’t have often left Italy to find work.

The EU’s enforcement of budgetary austerity will hinder the government’s capacity to invest and stimulate growth. Italy has lost almost a quarter of its industrial production since 2009, and its GDP is still below 2008 levels. The EU’s anti-democratic interventions into Italy’s affairs this year have thwarted the popular desire among ordinary Italians finally to emerge out of this lost decade.